informed by classic chinese furniture, designer jeff dayu shi (founder of dragonfly design center) has interpreted traditional forms through a modern aesthetic in the creation of ‘chair you xian’. this latest bamboo creation by shi embodies the philosophy that design should include appropriate application of natural materials and quality craftsmanship that is relevant to cultural development and the environment. 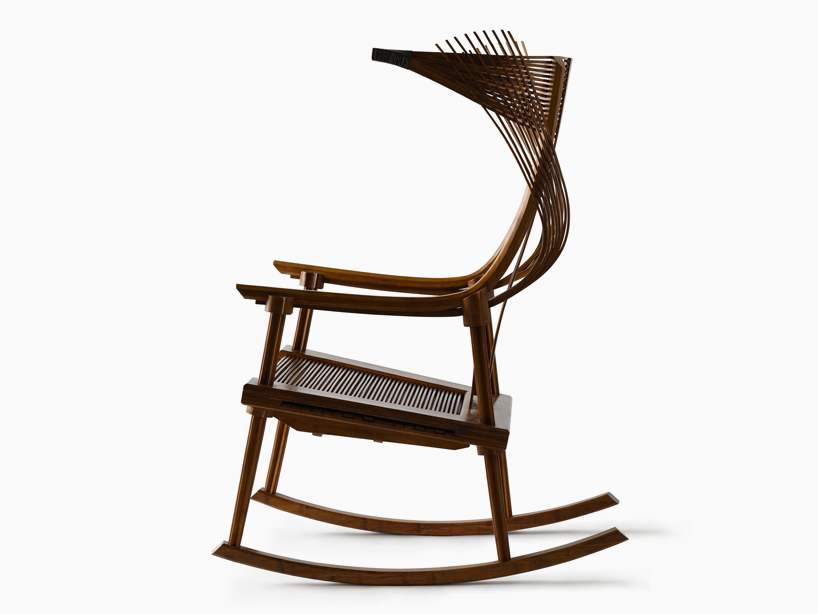 the ‘rocker’ edition of ‘chair you xian’

‘chair you xian’ is presented alongside shi’s lifestyle collections and music room (previously featured by designboom) for the exhibition ‘the enlightenment of tea, bamboo & music’ during beijing design week 2015 at the city’s ullens center for contemporary art. as its name suggests, ‘chair you xian’ — or ‘official’s hat chair’ — has a sculpted back rest that mimics the configuration of the winged seat, dating back to song dynasty. shi extends the traditional interpretation of such a style by interlocking 16 bamboo slats with complex curvatures that join the crest rails with arm rests. the intersecting area displays a hollow pattern that creates a supportive head rest. 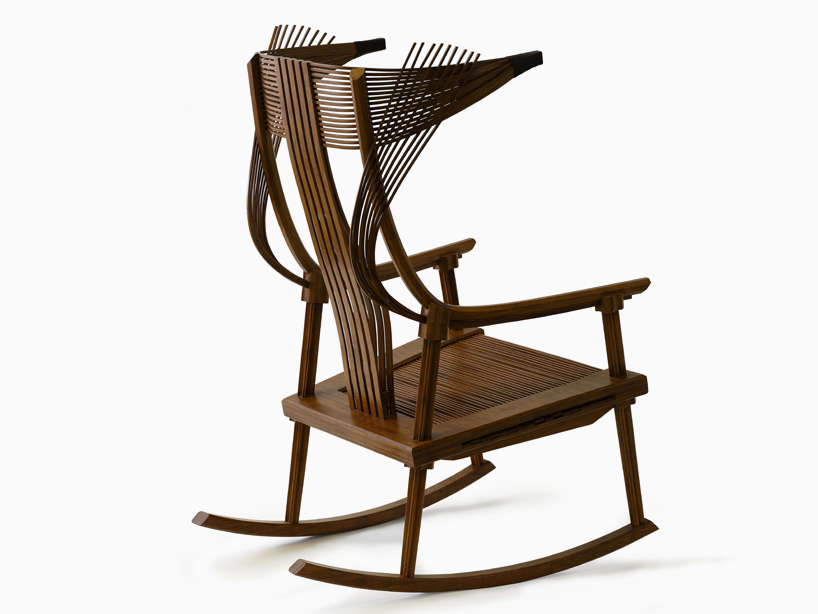 the bamboo material has been transformed to exhibit metal-like properties

two styles, a rocker and grounded version, both feature a flexible back rail made of five bamboo panels, extending into opposing sides as arm rests — an arrangement which promotes a healthy sitting posture. the cushioning bamboo seat is achieved through double layered bamboo slats of varying thickness, supporting the user in a stable and comfortable manner. ‘chair you xian’ had been treated with natural lacquer, so it appears darker in color, with an added layer of natural protection to prolong its lifespan. 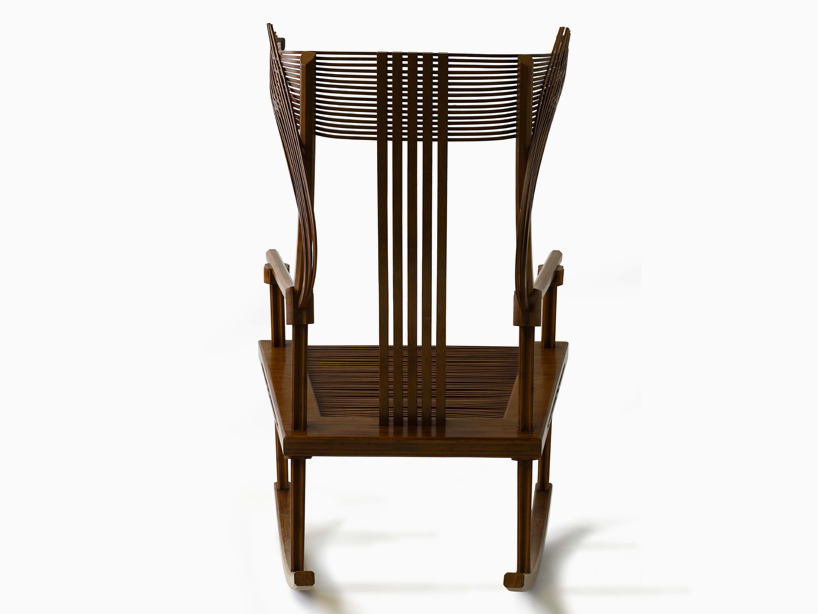 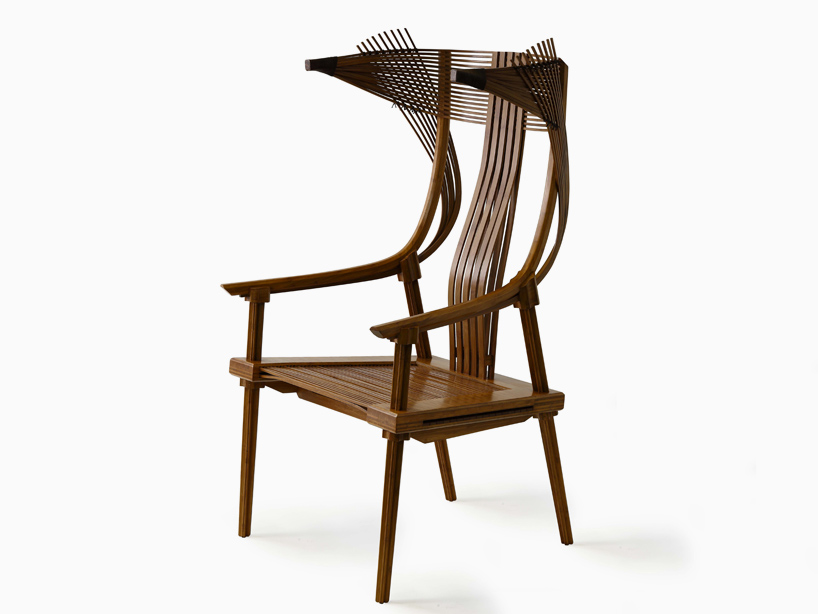 the ‘grounded’ edition of ‘chair you xian’ 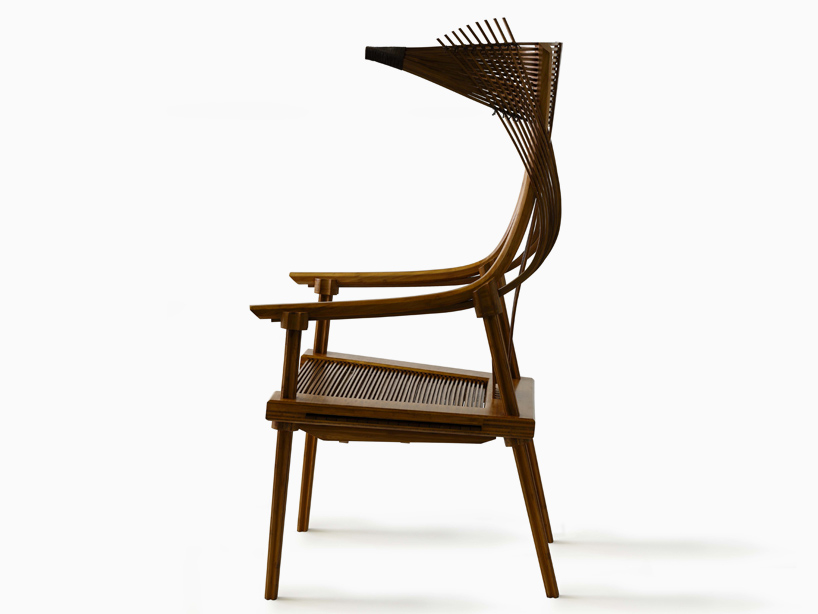 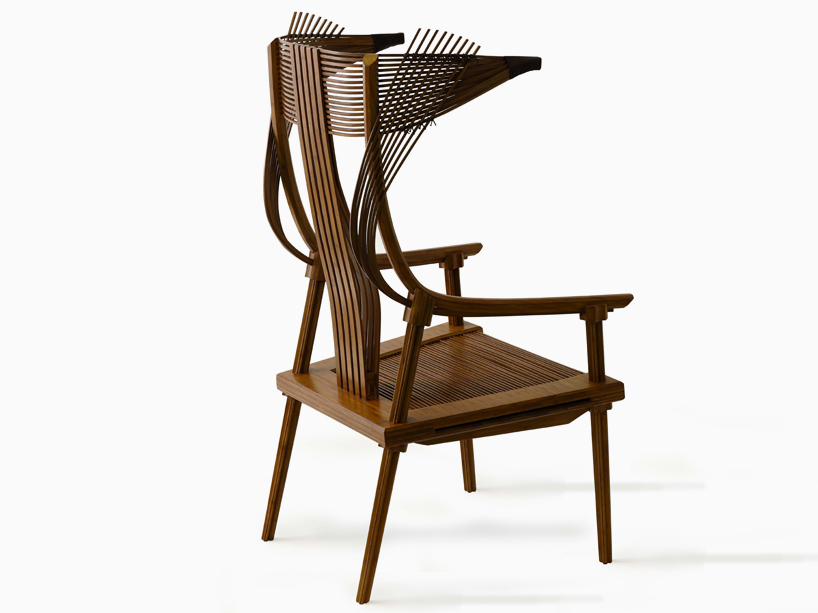 the chair had been treated with natural lacquer, so it appears darker in color 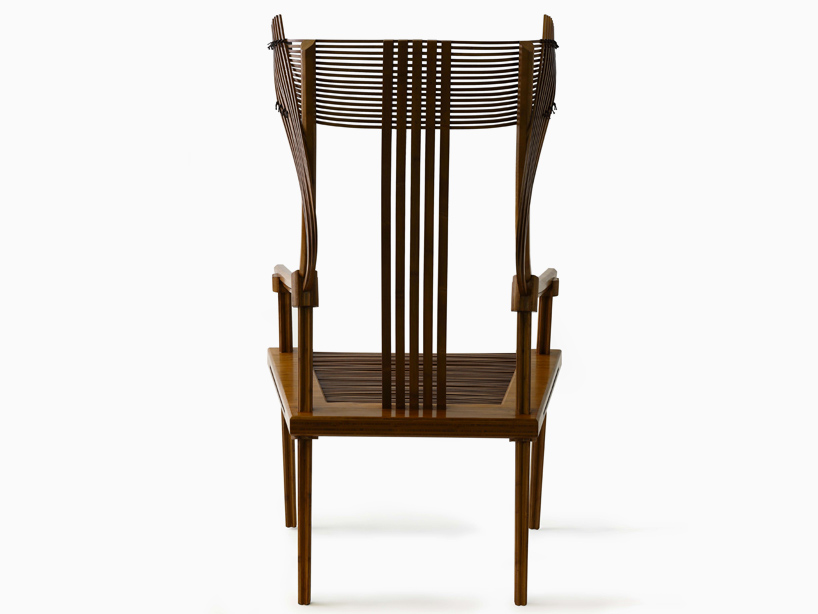 the flexible back rail consists of five bamboo panels 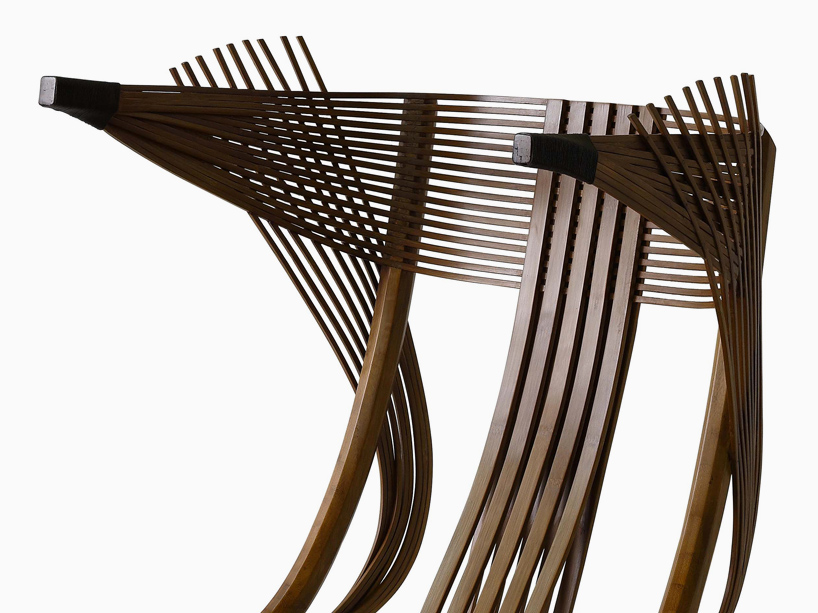 detail of the sculpted back rest, which appears like a traditional winged official’s hat 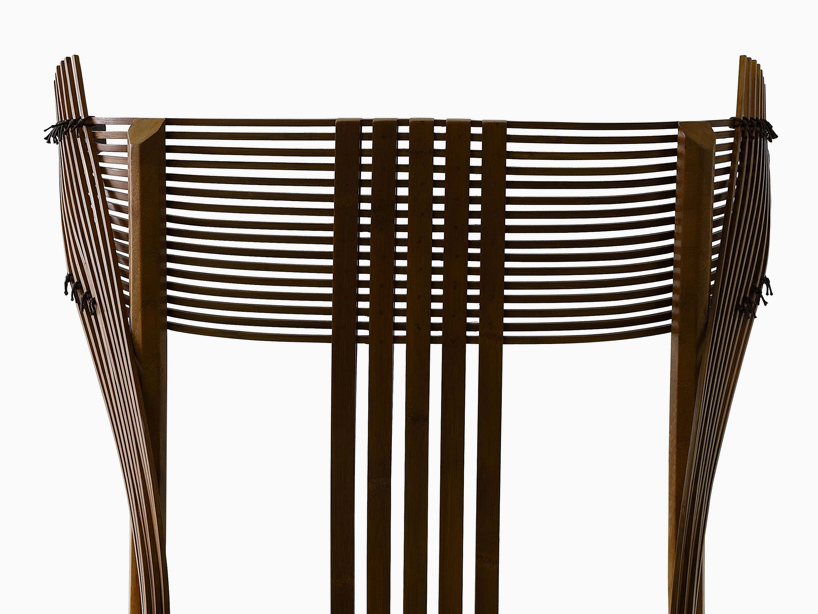 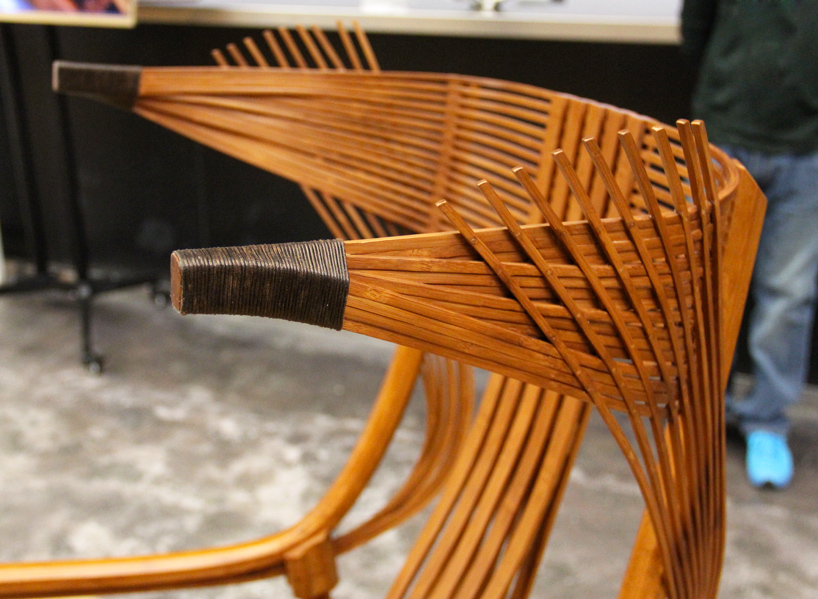 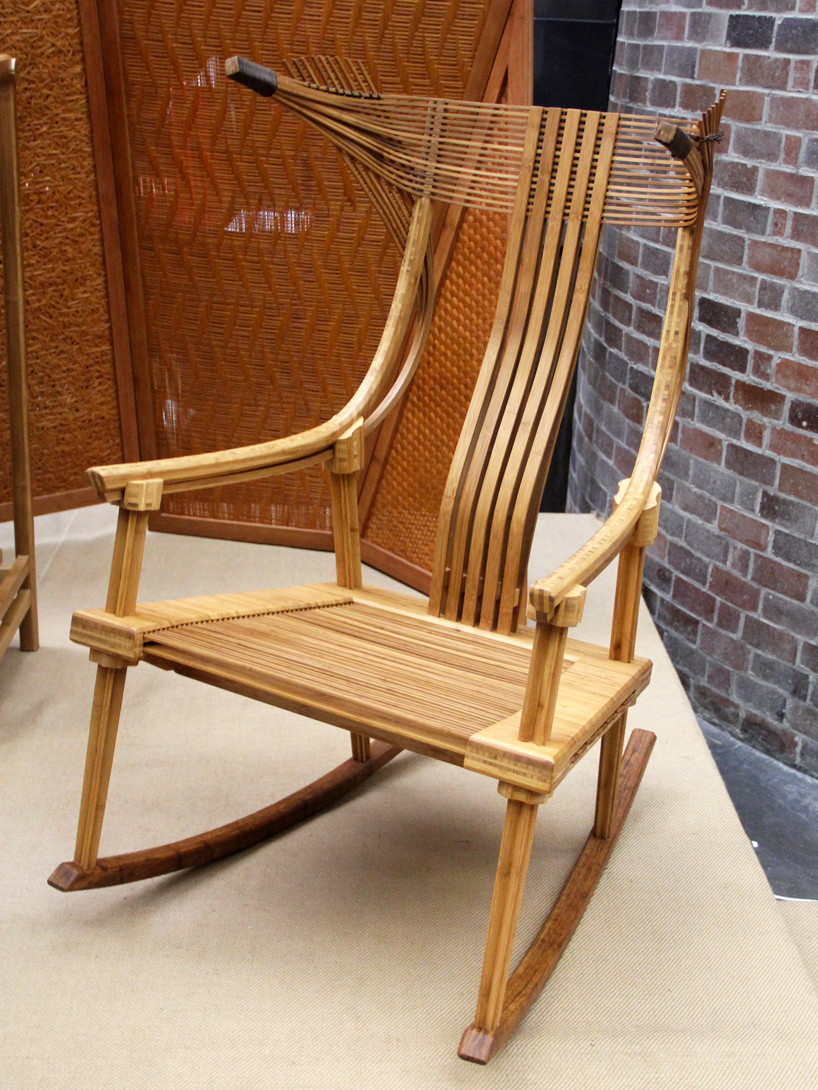 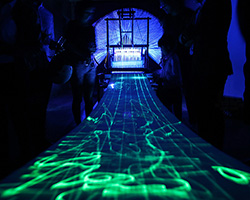 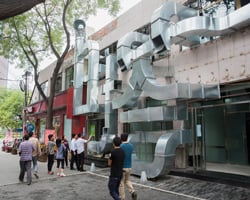