jeff michael is an american designer who designed these two unusual chairs while attending ferris state university in the us. the first chair ‘tank chair’ took inspiration from the heavy equipment rental shop at which michael worked. using the principles most commonly seen in military tanks and construction equipment, michael transformed the chair itself into a movable tread. using a three point structure, the wood frame can rotate around the axels and support its user. michael liked this design so much he decided to make a second iteration he calls ‘tank chair 2’ this newer model uses the same principle but uses steam-bent maple instead of flat wood slats. the chair also uses a painted steel, cast iron and urethane rubber on the internal structure. the designer put in over 300 hours to design and build this chair. 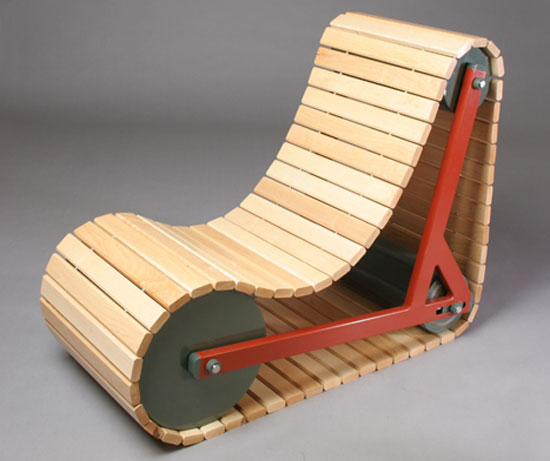