‘jelly swarm’ by tangible interaction, with origami by joseph wu all photos by mark montgomery

‘jelly swarm’ is an interactive lighting project created by vancouver-based tangible interaction who works in creating sensory installations which stand as participatory experiences. the piece is comprised of ninety-four ‘jellies’, each made from laser cut and scored Tyvek® that is then carefully hand-folded by origami artist joseph wu. the ninety-four unit, all illuminated from within by an LED module, are suspended from a reflective aluminum structure which reflects patterns of color and light onto the surrounding space. 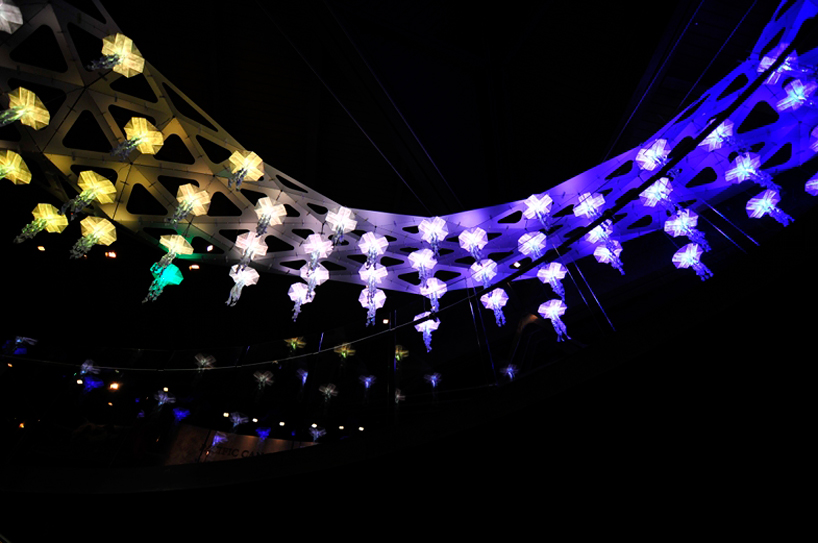 each jelly unit is outfitted with an LED module

installed within the pacific canada pavilion gallery at the vancouver aquarium, the work is part of the institution’s holiday program ‘luminescence’ which invites guests to witness and learn about the light phenomena which lives in the deepest part of our seas. ‘jelly swarm’ has been developed to imitate, the natural and reactive behaviours of bioluminescent jellyfish which glow when they have been disturbed. within the exhibition space, when visitors move their hands across plinth-mounted touchscreen interfaces, their actions cause the jellies to respond. if left alone, the origami forms, individually programmed, interact with their closes neighbours, resulting in generative luminescent displays. 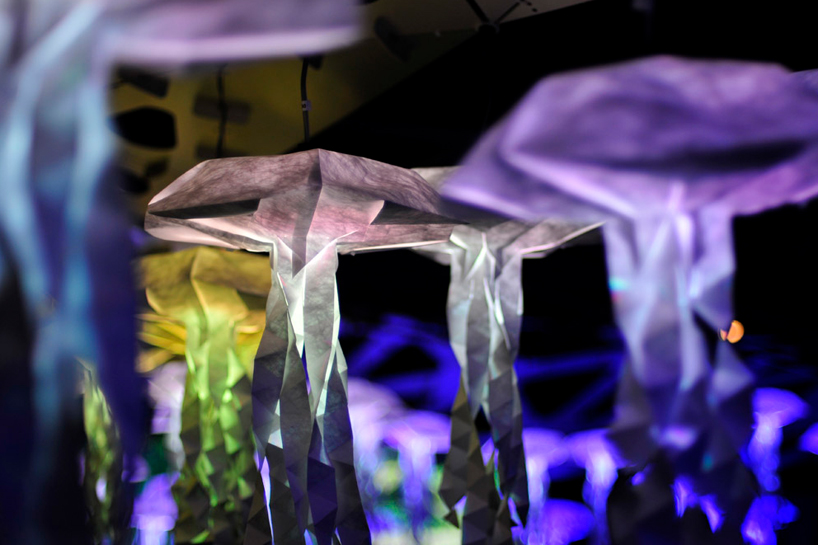 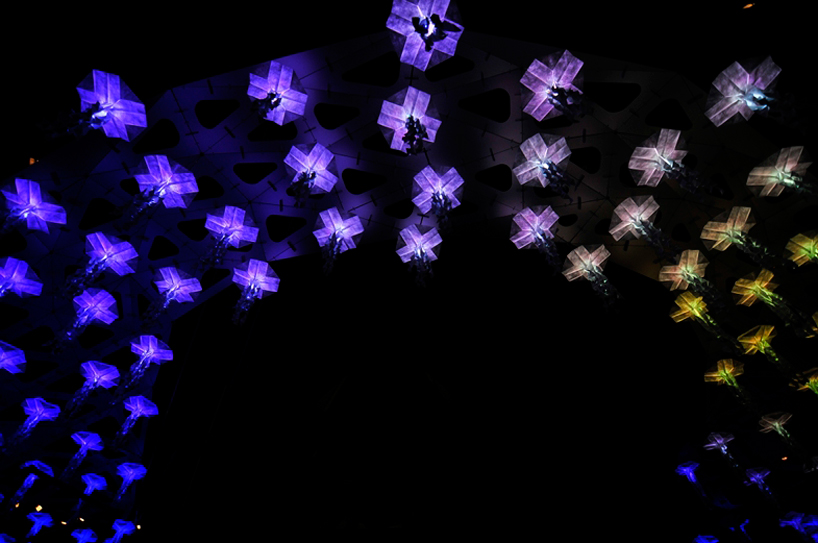 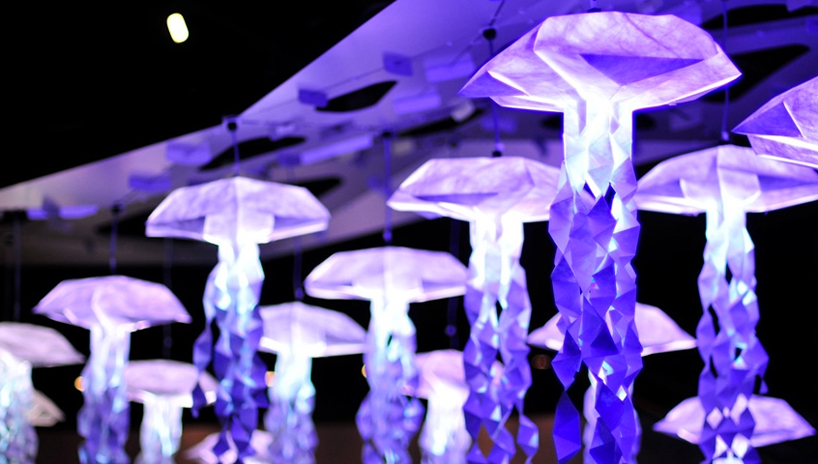 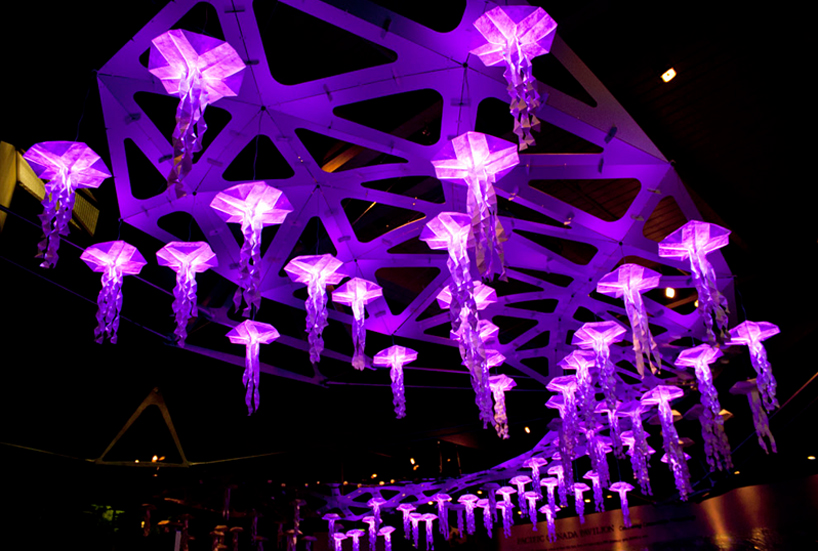 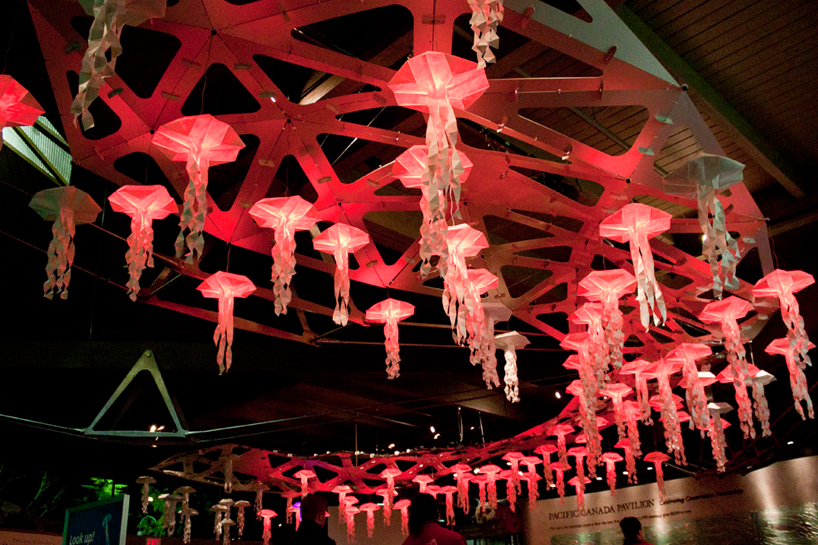 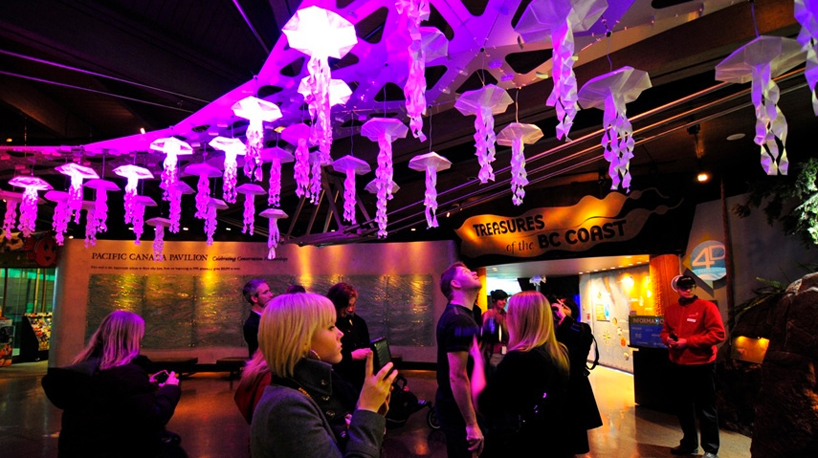 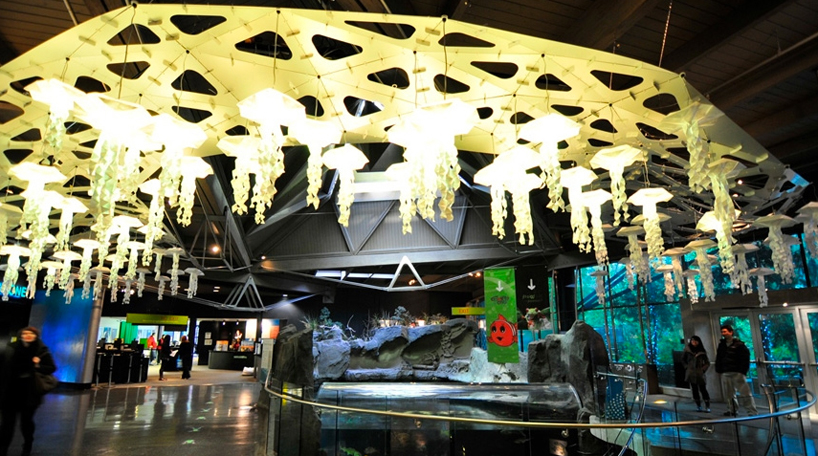 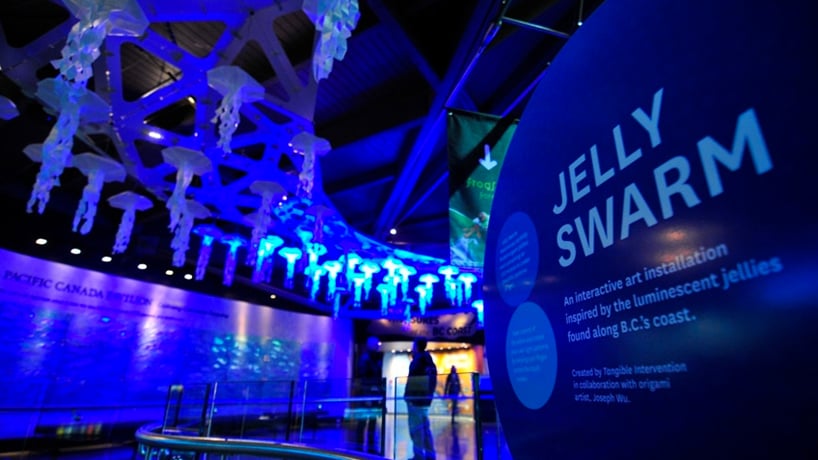 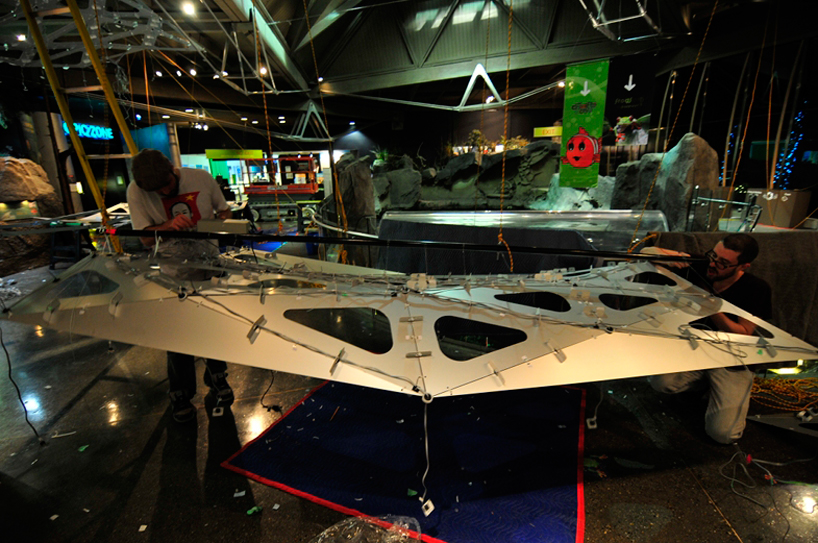 the 154 custom triangles and 430 connectors of the ceiling structure are fabricated from 2mm 6061T6 aluminum, anodized on both sides 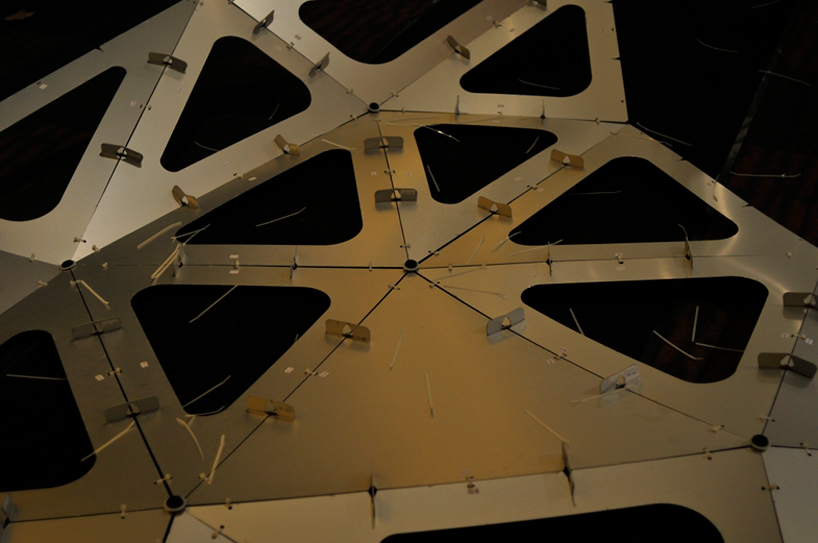 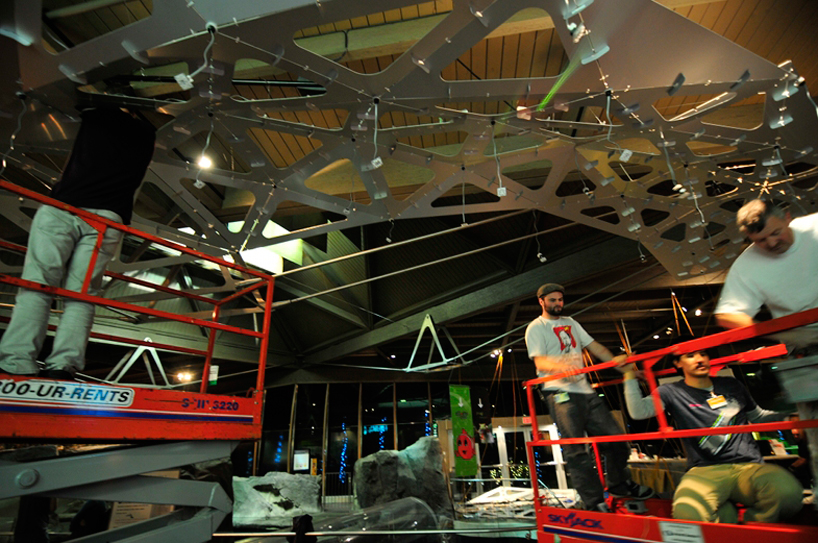