following the ‘sky whale‘ concept, OVI’s design visualizes a commercial eco-jet, named the AWWA ‘progress eagle’, that targets future air travel in 2030. it enhances six hydrogen fuel energy engines to powerfully thrust the airplane off the ground, and utilizes a rear wind generation to provide self-generated electrical power, when up in the clouds. as well, it is even more efficient thanks to its air intake diffuser that controls the aerodynamics and reduces its drag, and the hybrid, quantum solar cells, positioned on the roof in a hexagonal pattern. the use of economical and environmentally friendly technologies, ensure there are zero contaminant emissions and that it produces 75% less noise than current planes. 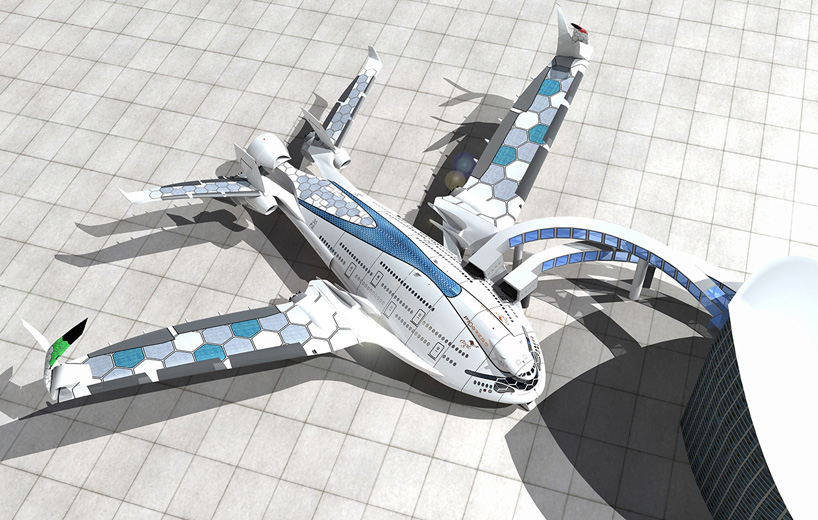 boasting three decks, capable of comfortably accommodating 800 passengers, the AWWA ‘progress eagle’ concept has a futuristic design that introduces a new travel grade. named the ‘pilot’s class’, these customers would be situated at the front of the plane, experiencing panoramic views and a host of advanced entertainment technologies. the cockpit has been relocated to the unusual front extrusion of the second deck, and features a special crew-member’s room with beds, coffee office and a work space. the jet itself, is made of a composition of carbon fiber, graphene, ceramic, aluminum, titanium and shape-memory alloy materials. its ultra slim wings which measure 96 meters from tip to tip, has a double arrow geometry and can fold into sections when being taxied or held at airports. 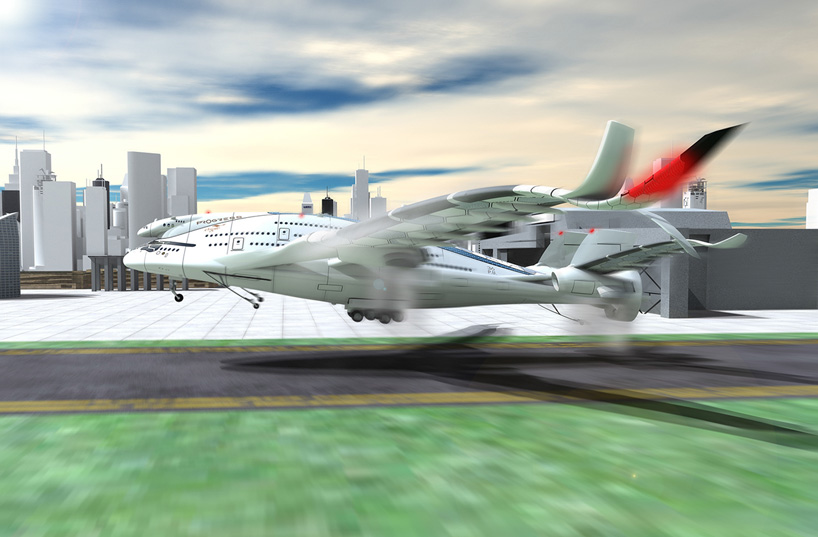 hydrogen fuel energy powers the plane off of the ground 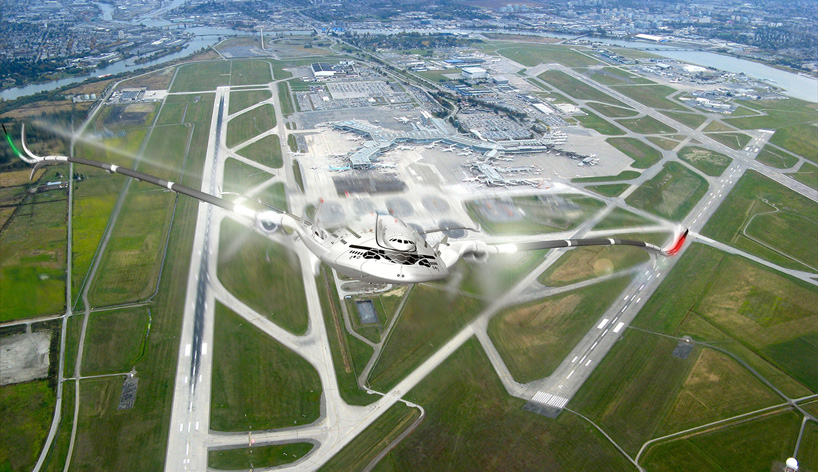 once in the air, self-generating power systems propel the aircraft 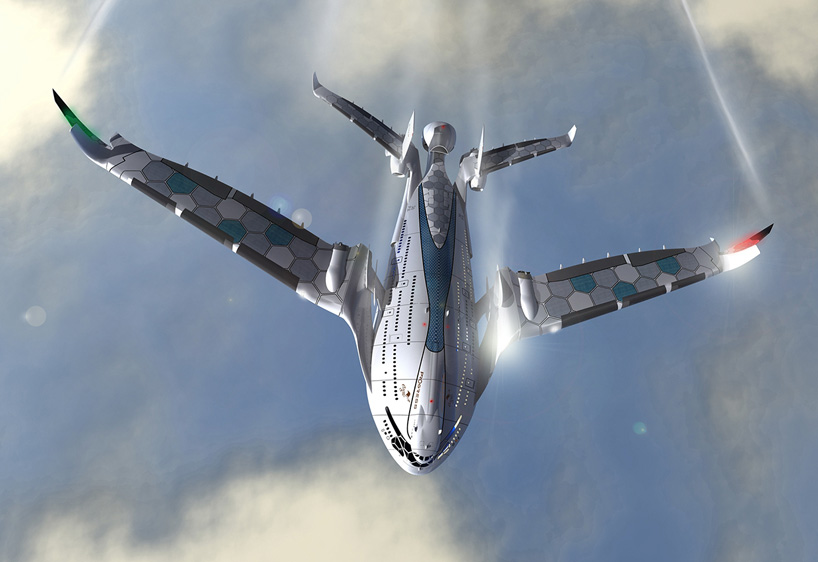 hybrid, quantum solar cells are positioned on the roof, in a hexagonal pattern 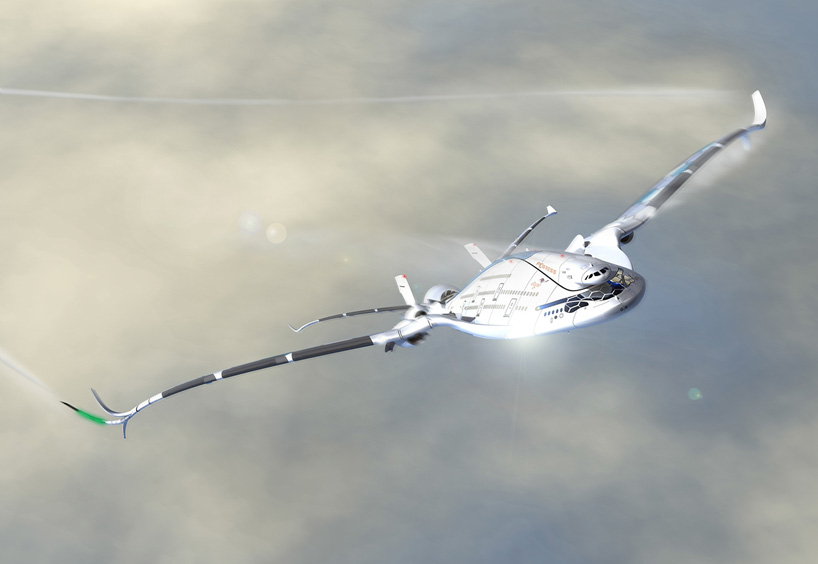 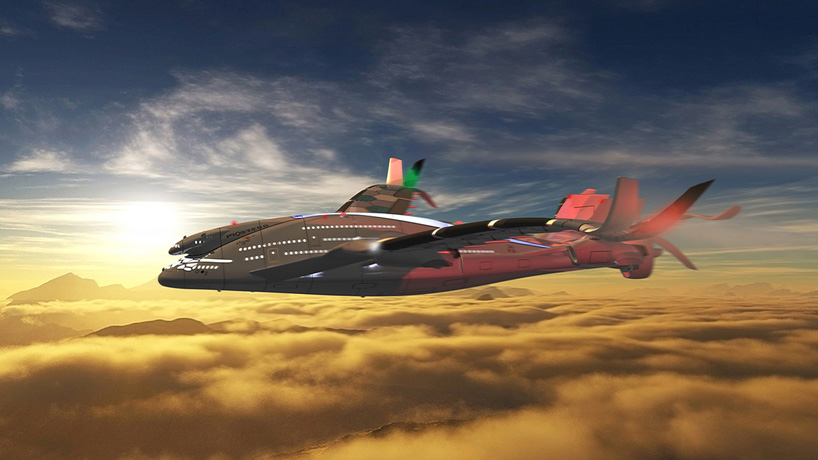 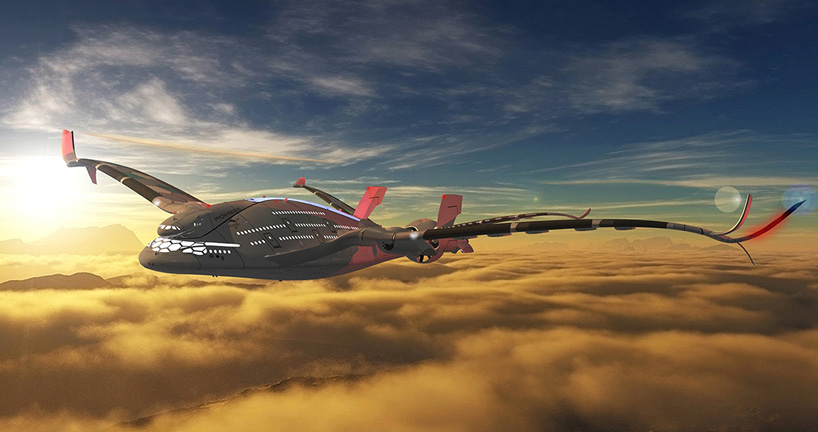 night view of the eco-jet