originally influenced by medieval monk cells, czech visual artist jiri prihoda has constructed the third in his series of thought cells, this time suspended from one of křehký gallery‘s skylights. fixed from the exhibition space’s steel ceiling girders and anchored to the wall hovering three feet above the floor, ‘cold light’s’ solitary positioning alludes to its function as a mental seclusion chamber. entry is granted by climbing an attached ladder swooping from the roof to the wall, and by removing a frosted glass door that connects the internal space to the outside world. amid flowing white walls encompassing the minimal interior is a quarter-circle shaped table made out of corralit, which illuminates the dwelling’s single room with an icy blue glow. linear, continuous surfaces define the void within, bathed in a cool light that engulfs the space. 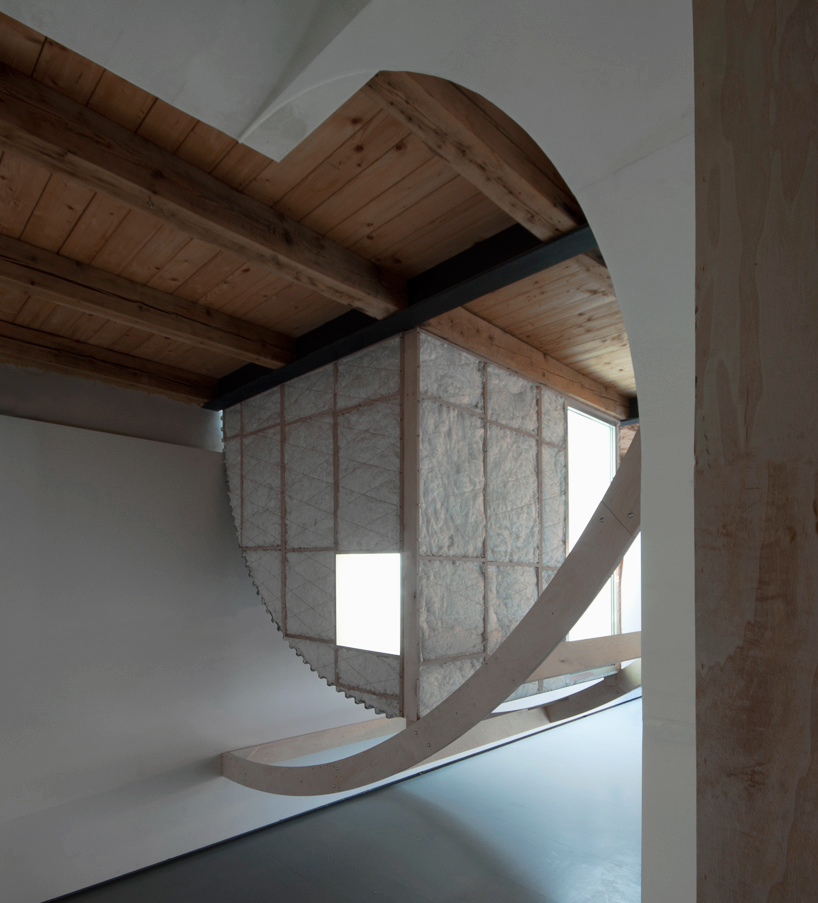 ‘cold light’ suspended from the ceiling 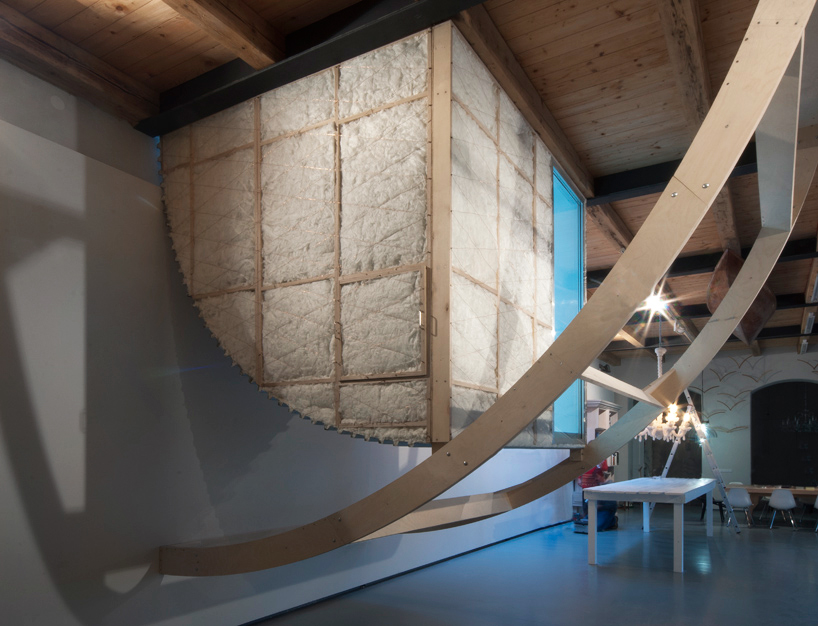 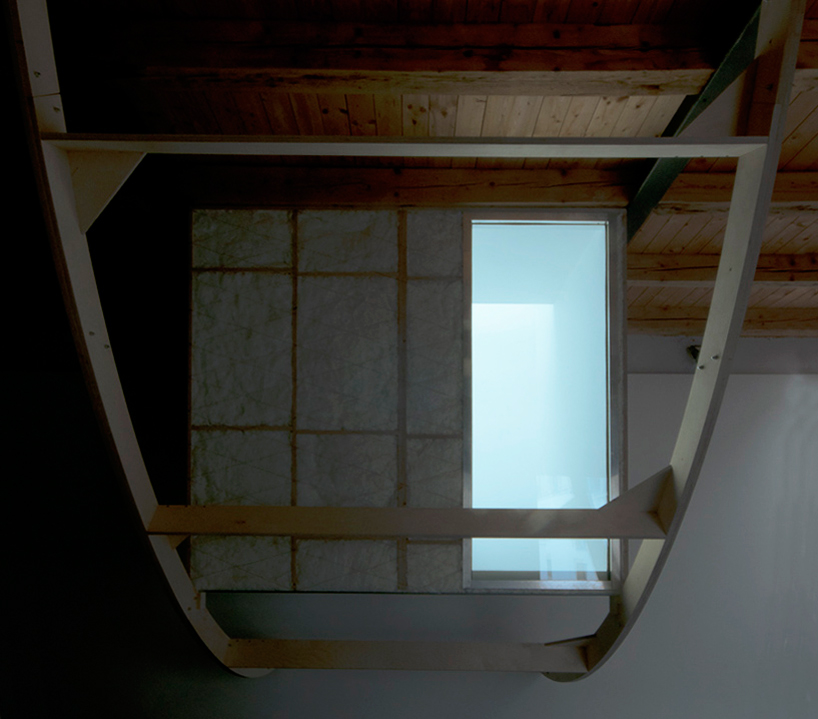 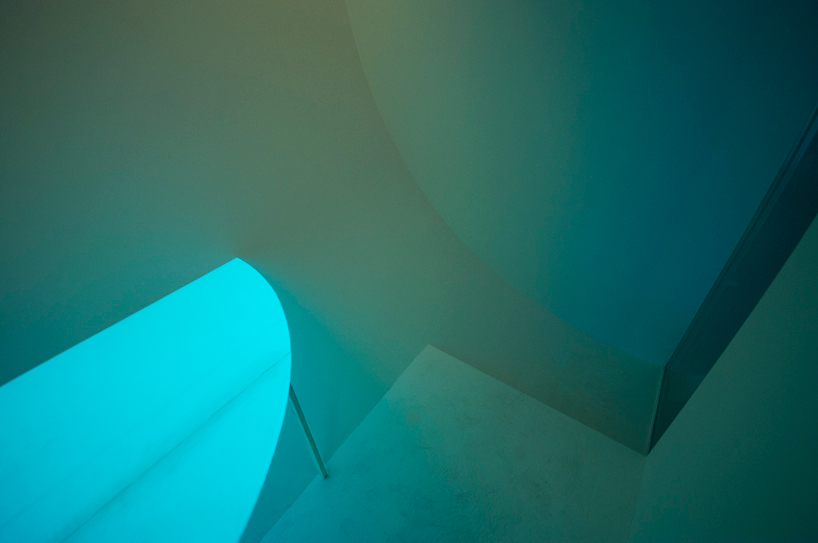 the interior is bathed in a cool light 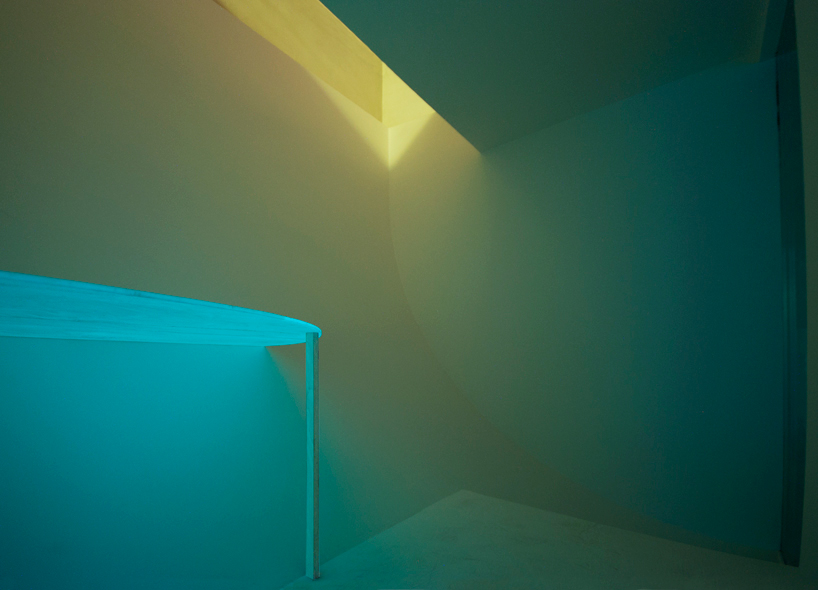 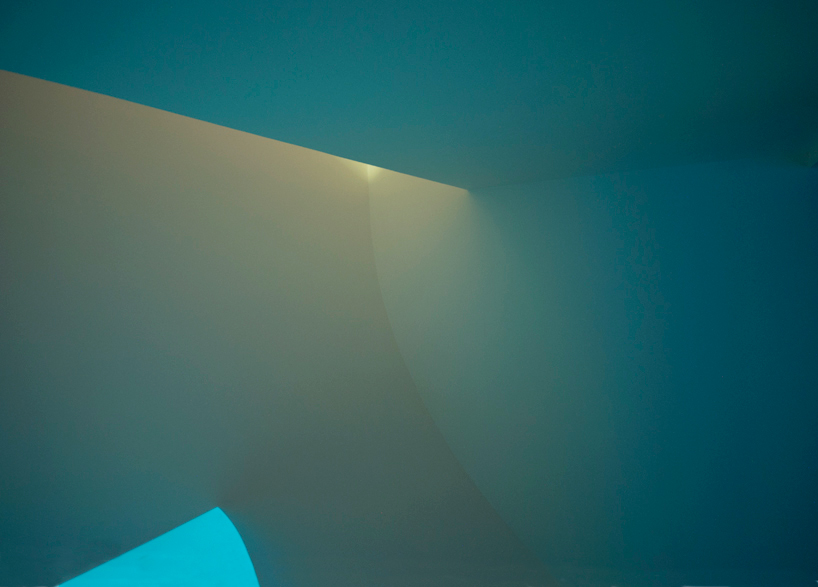 a sweeping wall in the internal space 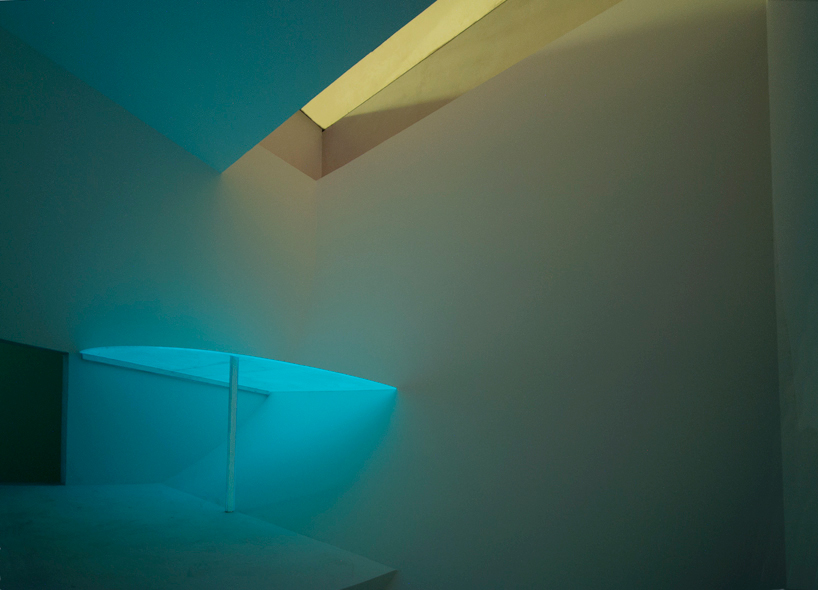 a small table contains florurscent lighting which illuminates the interior 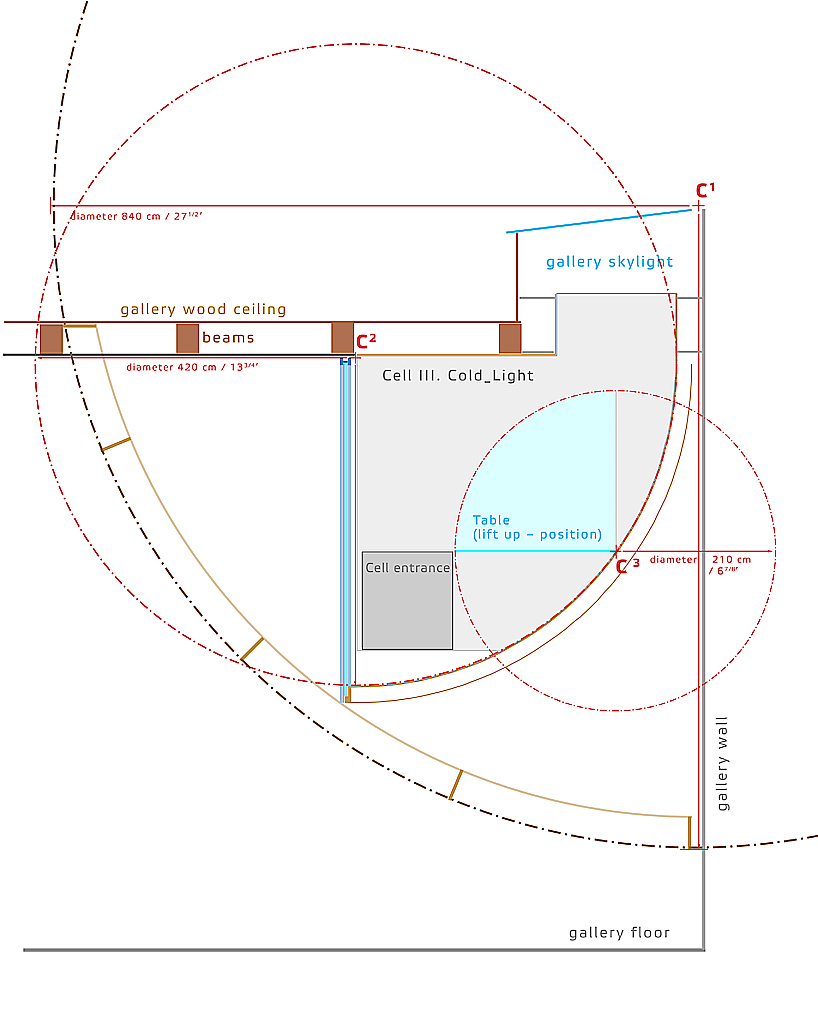 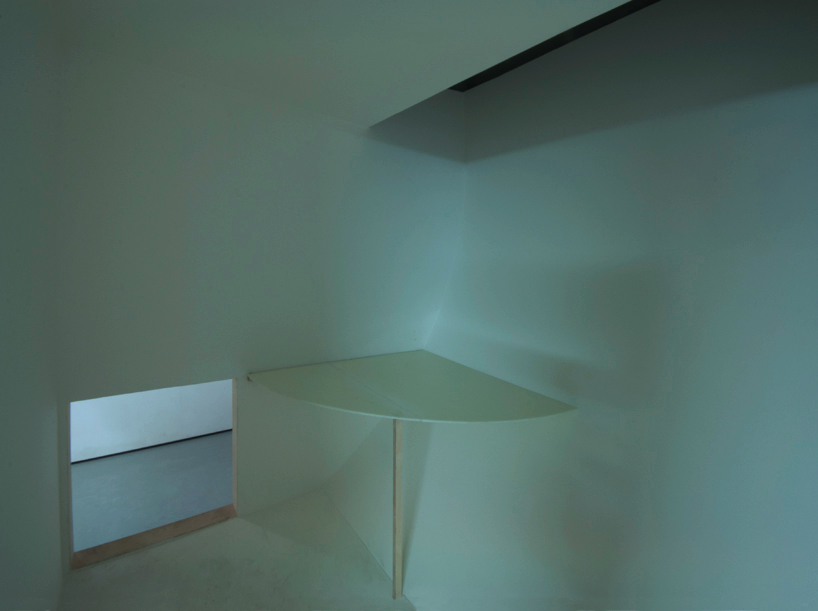 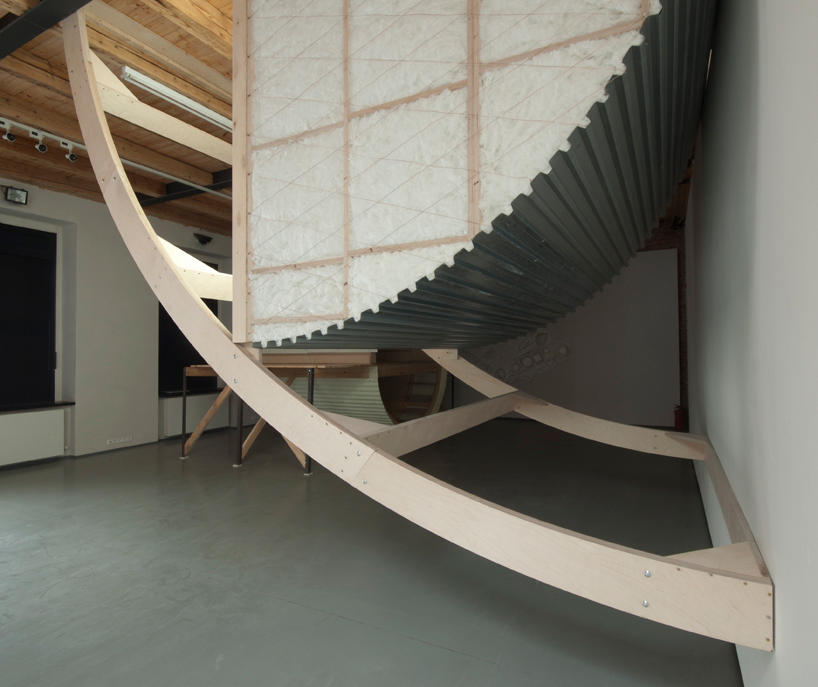 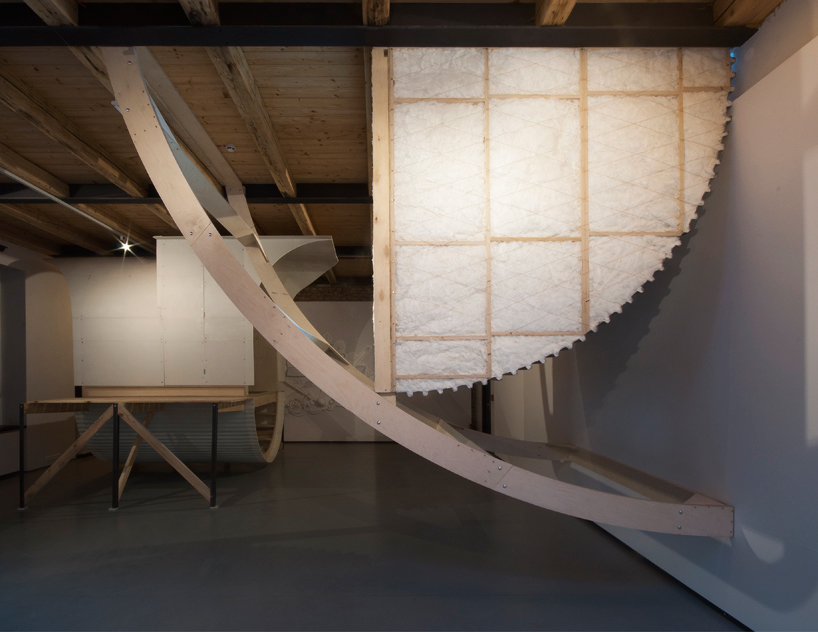 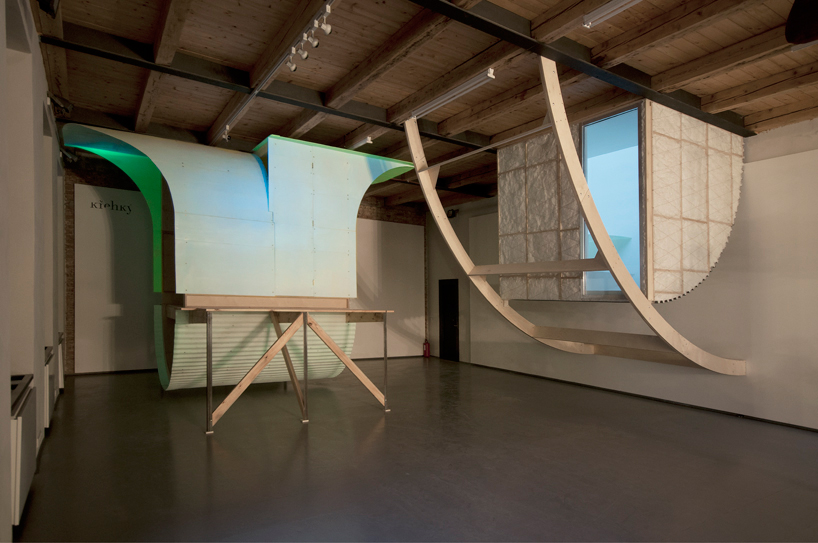 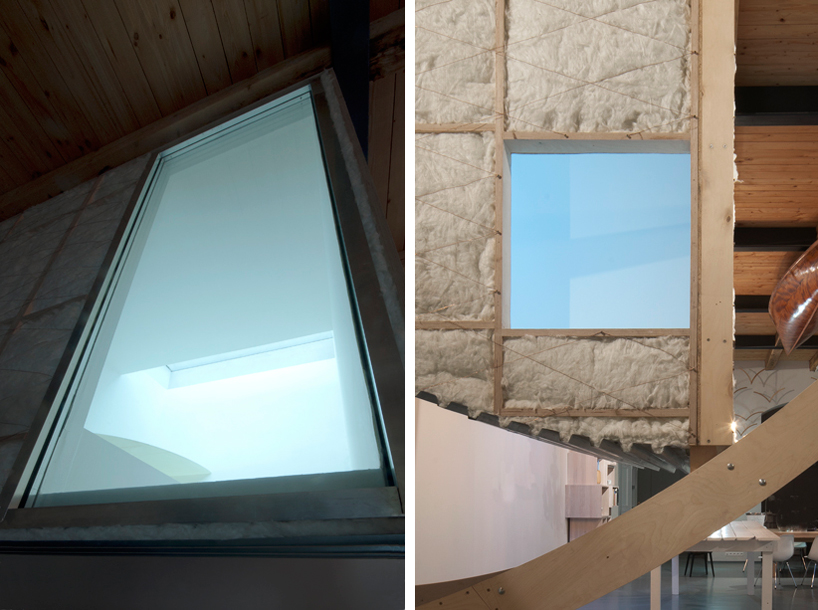 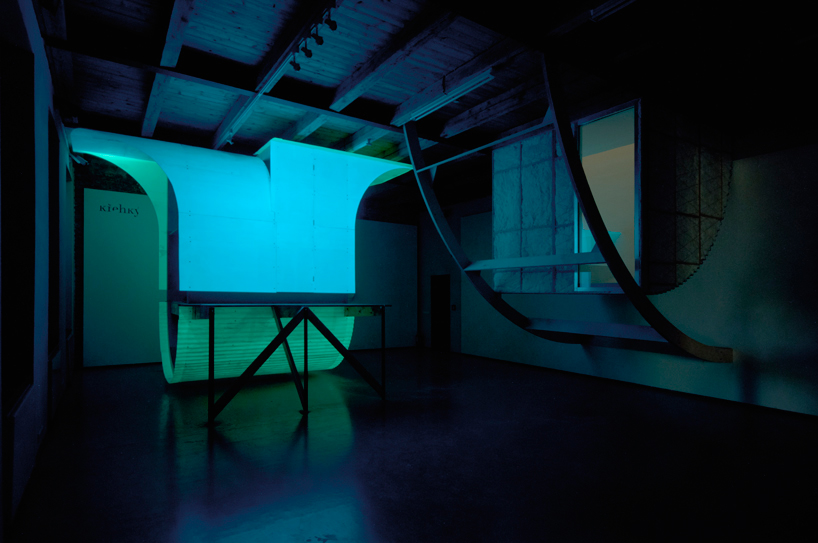