a new video commercial released by german employment website jobsintown joins the company’s playful visual representations of their slogan ‘life is too short for the wrong job’.

the company’s four-year print ad campaign, designed by scholz & friends berlin, feature human workers powering everyday machines: a hardworking woman lives within every laundromat machine, scrubbing at your clothes, and an elvis impersonator spends his workday in each jukebox you encounter.

taking a different approach to the same slogan, the video commercial was created by grabarz & partner and depicts a fisherman whose true calling lies outside of his current profession. 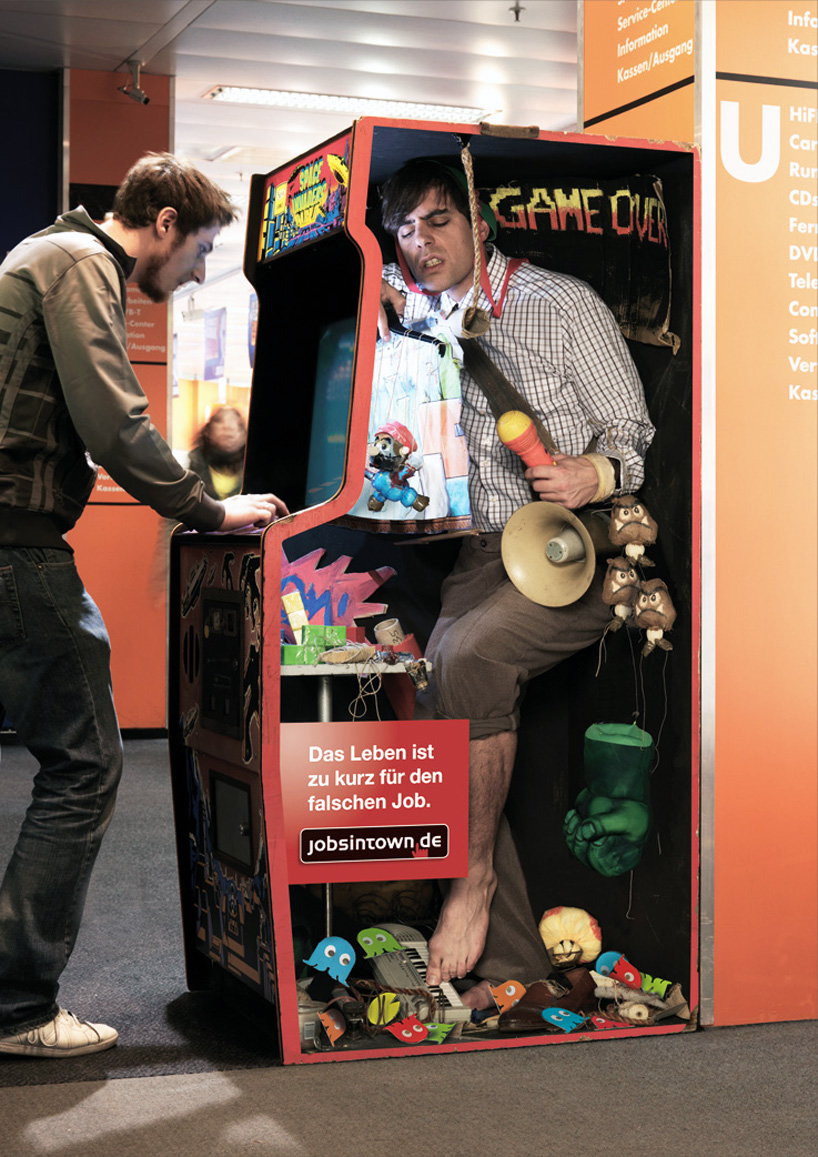 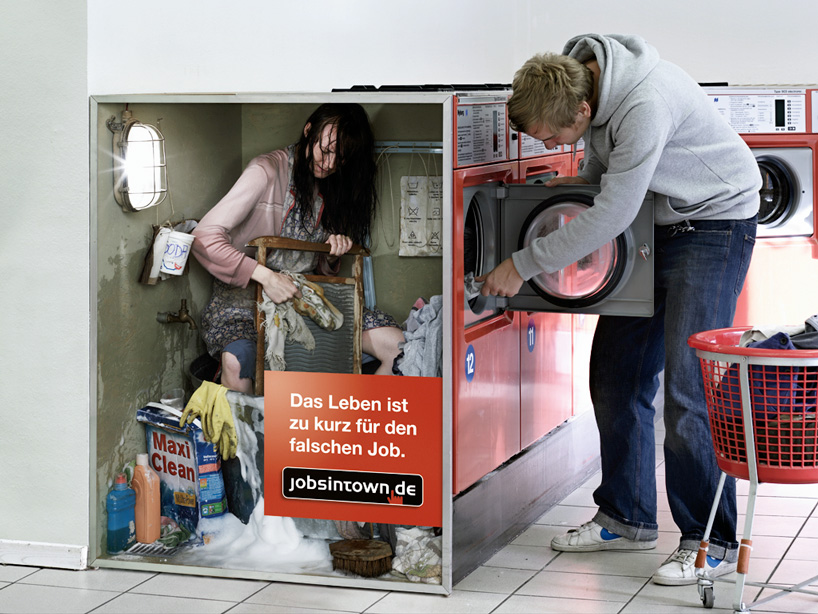 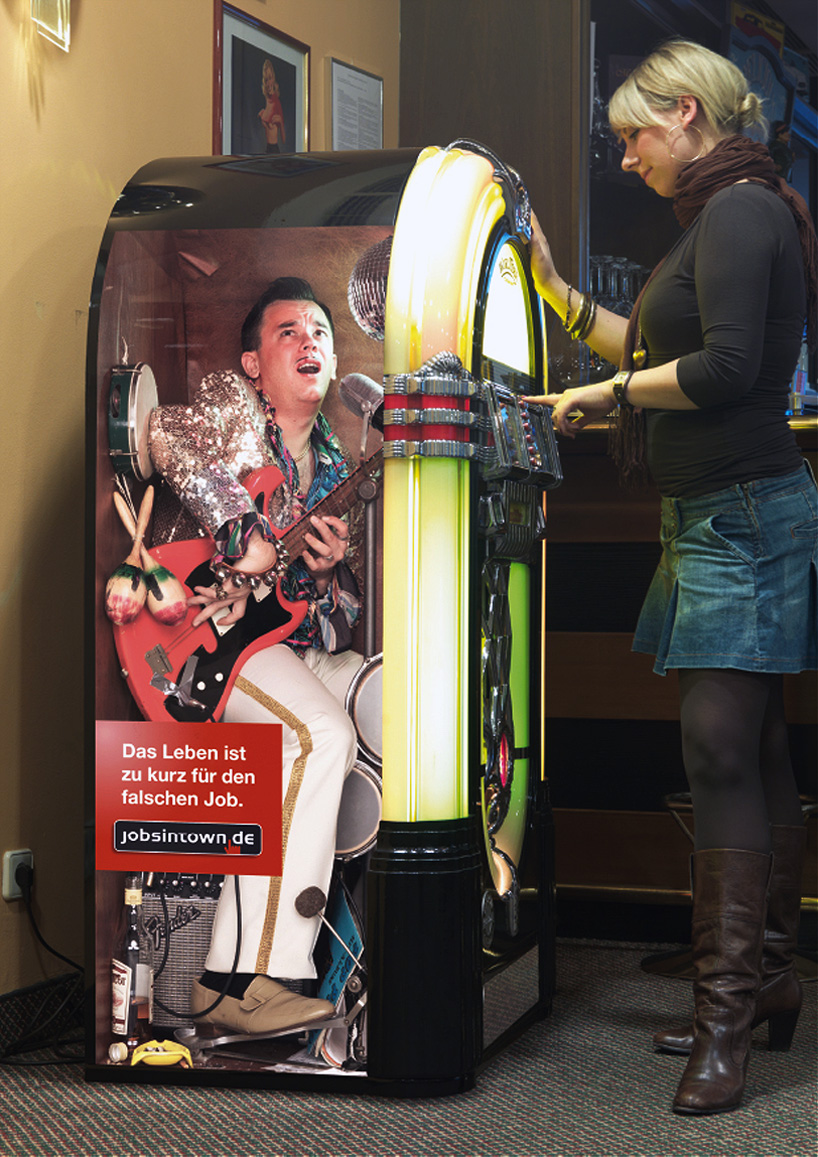 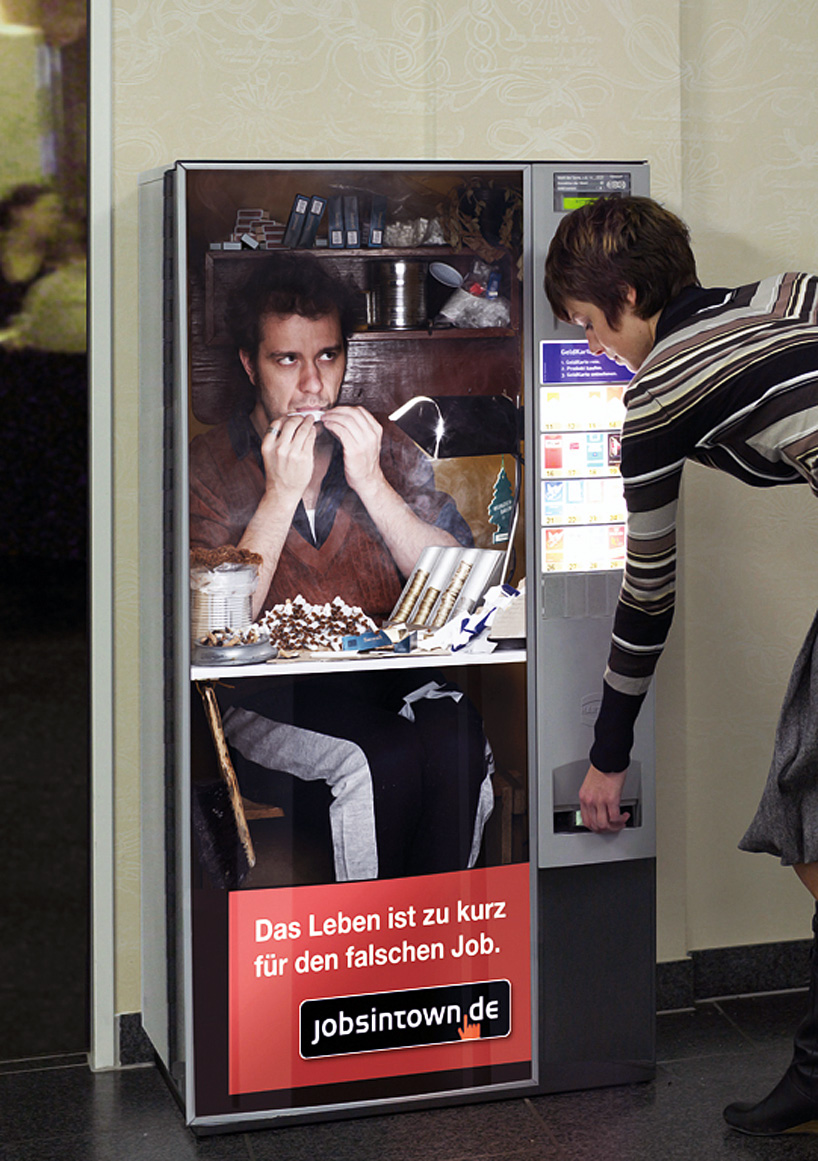 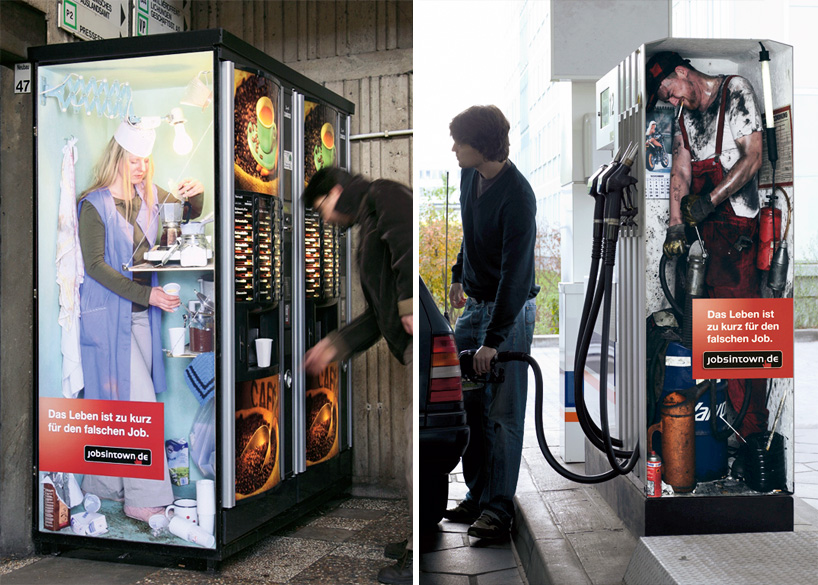 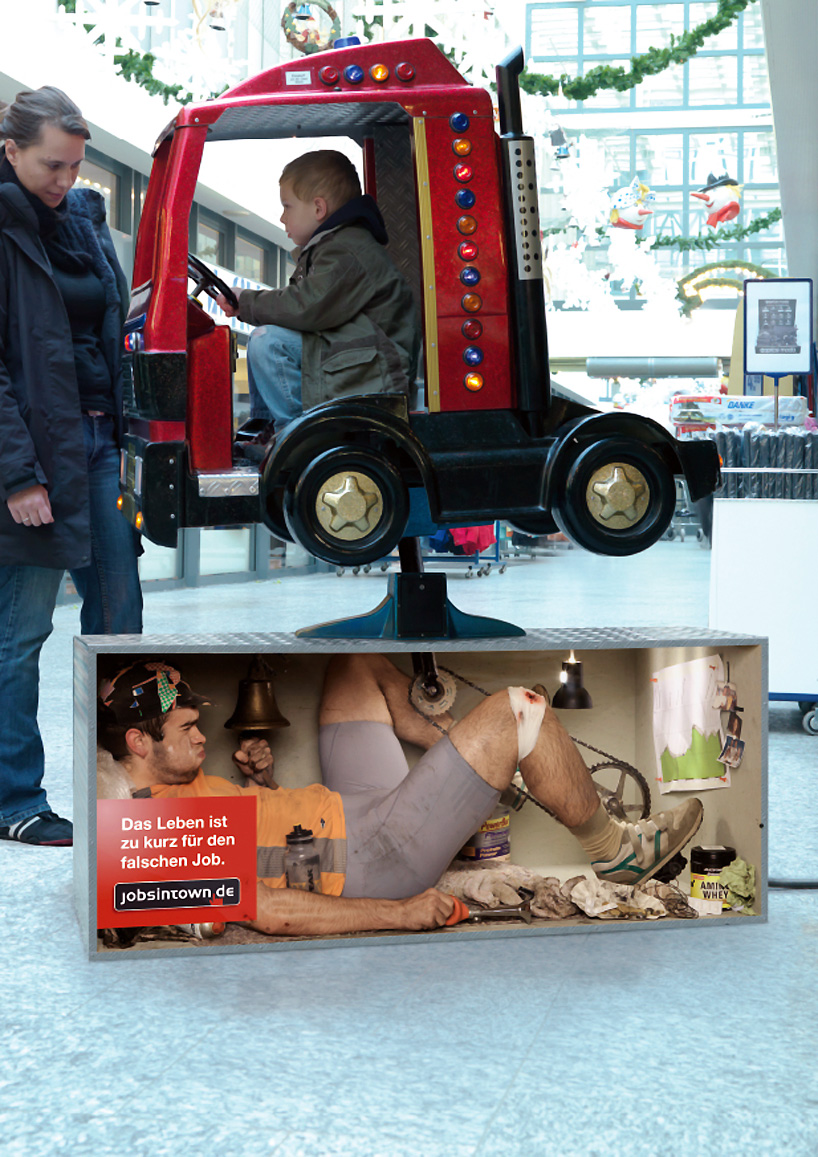