on april 1, 2020, new york gallery friedman benda initiated a series of online interviews aimed at connecting individuals across the world with leading voices in the creative field. design in dialogue is a conversational program hosted alternately by curator and historian glenn adamson and designer stephen burks that engages with designers, makers, critics, and curators as they reflect on their careers and creative processes. against the backdrop of COVID-19 and global lockdowns, the conversations are held virtually on zoom for 1 hour for anyone in the world to tune in to, and include a participatory Q&A with the audience in attendance. friedman benda has since presented more than 80 episodes, and will continue with a lineup of future guests, each offering unparalleled insight into the sensibilities, musings, and memories of today’s creative protagonists. see our recent feature of marcel wanders on his early experiences and entrepreneurial life, and andile dyalvane on ancestry, community and his sculptural ceramic seating.


on january 6, 2021, design in dialogue welcomed jonathan jackson, who leads multidisciplinary creative studio weshoulddoitall (WSDIA) alongside his wife, sarah nelson jackson. having studied architecture, jonathan leads a practice rooted in the built environment of brand activations, exhibitions, and installations, as well as furniture and graphic design — unconstrained by a singular expertise. in a conversation with stephen burks, jackson spoke about how alliances with high profile brands and non-profits alike help WSDIA balance commercial engagement with community development and timely social consciousness. 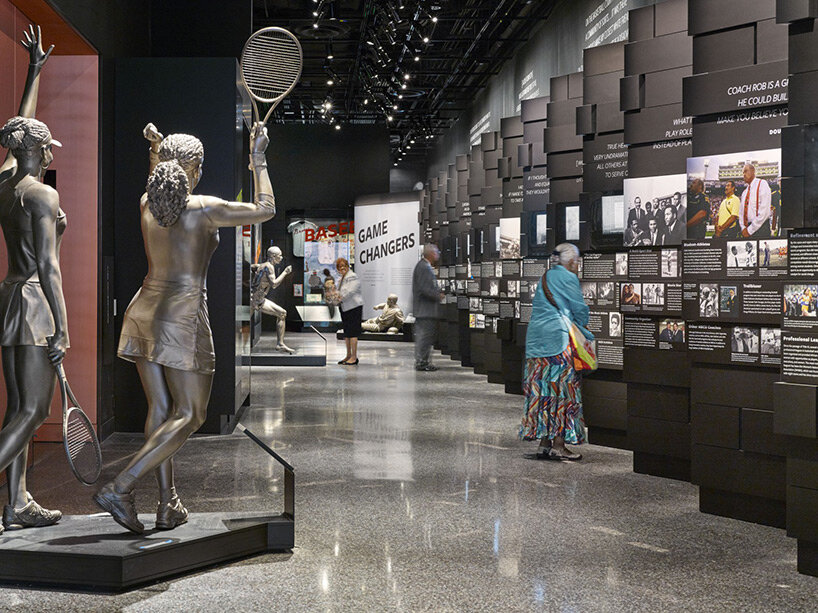 WSDIA worked with ralph appelbaum associates on the exhibition design at the national museum of african american history and culture (NMAAHC), designed by adjaye associates in collaboration with davis brody bond (read more on designboom here)
photo by alan karchmer

weshoulddoitall is more than just a name for jonathan jackson’s creative studio — it’s a philosophical intention. ‘the name came from a quote by robert a. heinlein in ‘time enough for love’, which says [a human being should be able to change a diaper, plan an invasion, butcher a hog, conn a ship, design a building, write a sonnet, balance accounts, build a wall, set a bone, comfort the dying, take orders, give orders, cooperate, act alone, solve equations, analyze a new problem, pitch manure, program a computer, cook a tasty meal, fight efficiently, die gallantly.] it ends with the phrase [specialization is for insects]. so the ‘we’ in weshoulddoitall is just us, as humans,’ jackson says. ‘in thinking about how we adapt that to design, it’s multiple modes, multiple mediums, not feeling that we need to be held back, or specialized. just diving in whenever we can.’ 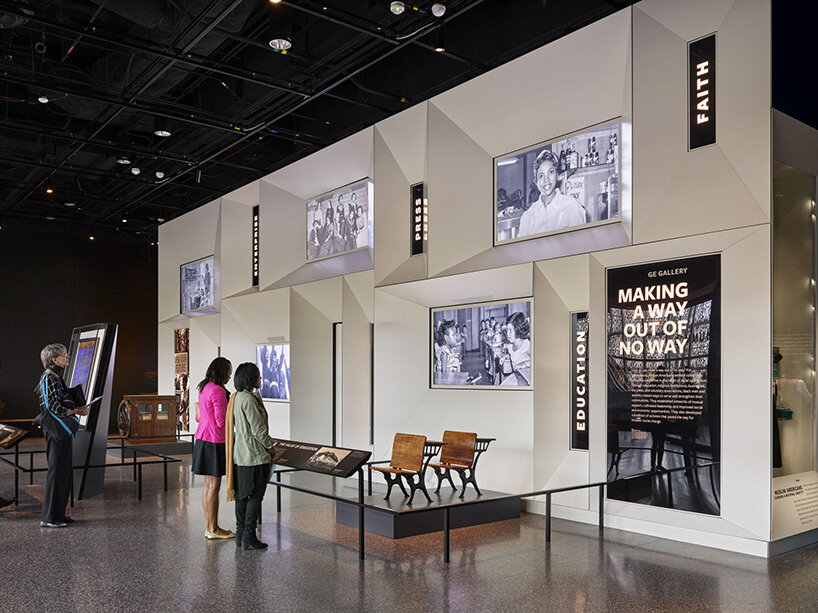 25,000 square feet of exhibition space at NMAAHC was broken up into four distinct galleries: sports, military, power of place, and making a way out of no way
photo by alan karchmer

across a expansive range of projects, jackson emphasizes the importance of collaboration within his team, and the synthesis of their diverse personal and professional backgrounds. ‘we’re a team made up of seven people currently,’ he shares. ‘my background is in architecture, and my wife, who is a partner, her background is in graphic design. we really tried to combine those two worlds. the team is generally made up of either architects or graphic designers, but we have brought on strategists, and product designers on a freelance basis. it allows us to take on different types of projects in brand identity, websites, book design, exhibition design, recently an art piece in LA, and currently the design of a rug for design within reach — we love not doing the same thing over and over, and we love taking on new challenges. the work is done by multiple voices and multiple authors, and we find teamwork to be essential in how we approach the design process.’ 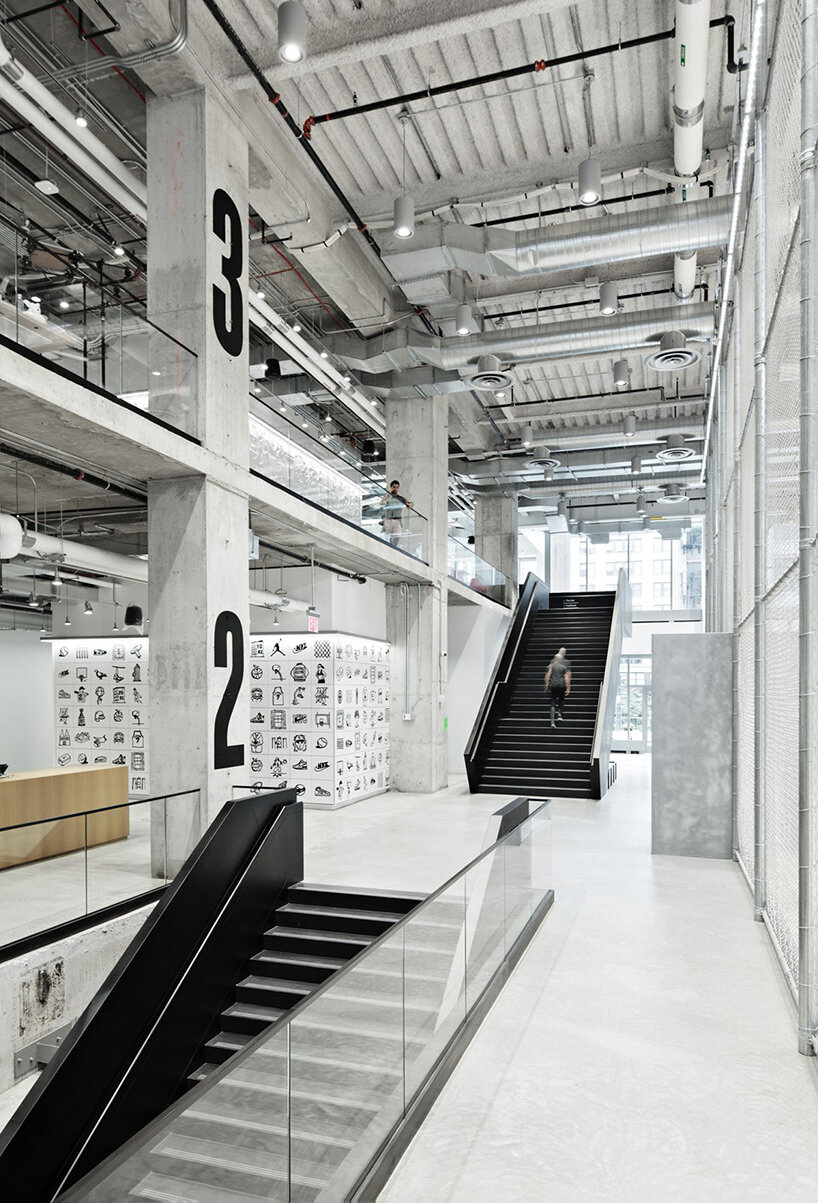 alongside a huge roster of creative work for NIKE — including most-recently the wayfinding, signage, and design of distinct branding moments at NIKE’s NYHQ — jackson and his team have worked on a tremendous scope of projects since the studio’s inception in 2004. in 2010, WSDIA was tapped by museum exhibition design studio ralph appelbaum associates (RAA) to work on the design of the galleries at the national museum of african american history and culture — the monumental project in washington D.C. designed by adjaye associates in collaboration with davis brody bond. RAA approached WSDIA to collaborate, and act as creative lead for the community galleries on the museum’s 3rd floor, through the design development phase. the team executed the design of 25,000 square feet of exhibit space broken up into four distinct galleries that explore themes of agency, creativity, and resiliency. 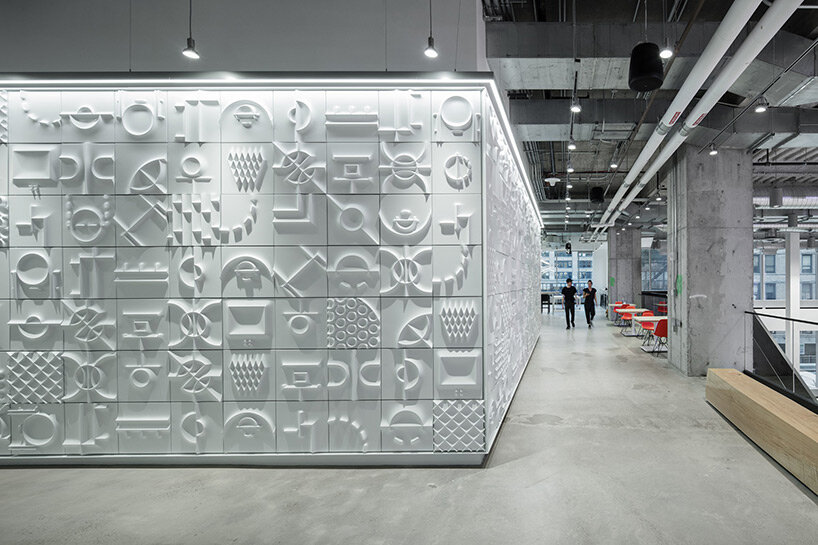 another project close to the studio’s heart has been its work on an initiative connecting community voices and business development through design. as part of identity design action: east new york (IDeA:ENY), jackson and his team focused on a strategy and design to bolster the existing small business community in the face of rezoning measures and rapidly changing demographics in east new york, brooklyn. through a thoughtful process of community conversation and neighborhood engagement, WSDIA created a powerful campaign aimed at empowering locally-owned and run businesses to form one strong voice to speak to city officials, and express what they needed. ‘the main take away for me was understanding that the process of empowering a group of people to be able to speak to who they needed to was the design ‘meat’ of the project,’ jackson says. ‘as a studio, we got so much out of this, and some of that process is something we’ve taken and adapted to a lot of projects that have come our way.’ 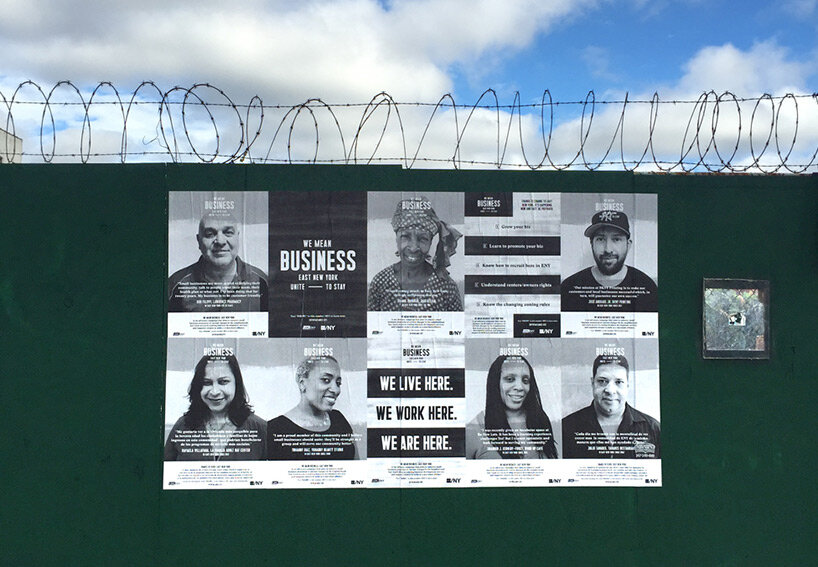 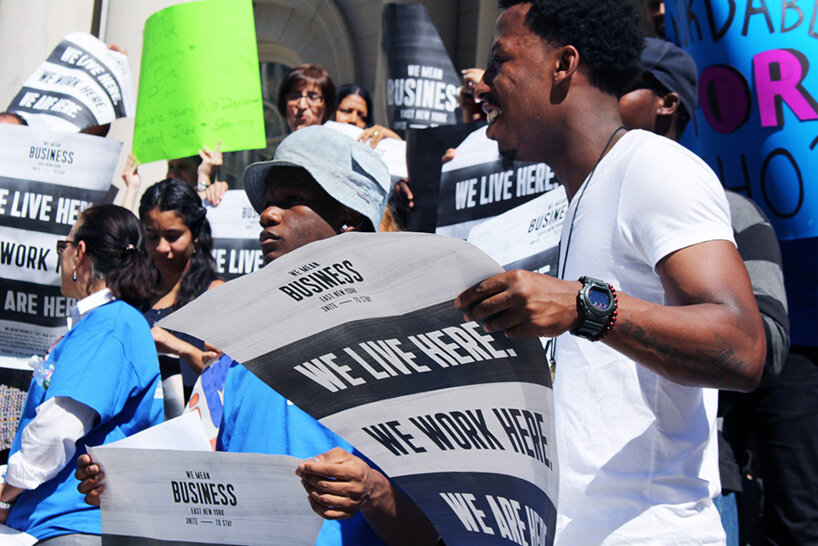 IDeA:ENY aimed to empower neighborhood-owned and run businesses to enhance their identity and speak as a strong singular voice to city officials 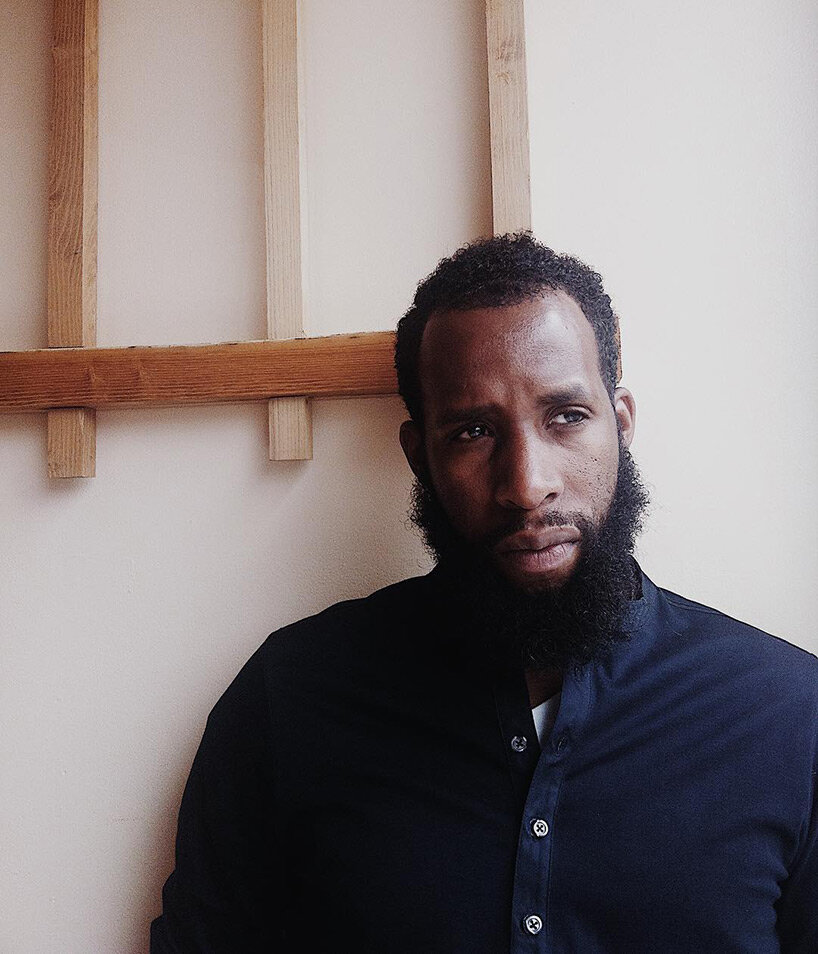 watch the full video interview with jonathan jackson at the top of the page and stay tuned as designboom continues to share design in dialogue features. see all past episodes — and RSVP for upcoming ones — here.