eindhoven-based designer jongha choi has created a collection of benches and stools called ‘de-dimension’ that can transform from a flat, two-dimensional view, to a three-dimension functional object. the project itself inquiries on the history of images and how this one has been aligned with the history of human race, having the later one being understood and depicted in various forms. nowadays, owing to scientific technology, images are developing in different forms, from photography, film, and even further towards virtual reality. even the advent of 3D printing skills shakes our fundamental notion of it. unlike the past, we are not only seeing the image as a means of reproducing objects but also giving essential identity to the image itself.

in other words, though the image still shows its visual effect on a flat plane, it is not just an expression of representation, but rather making an experience real. in our current situation in which modern society experiences the image, in relation to advertising, image circulation and the internet, why do we not question an images’ confinement to a flat surface? why don’t we try to get more stereoscopic and attempt for direct experiences with the image? 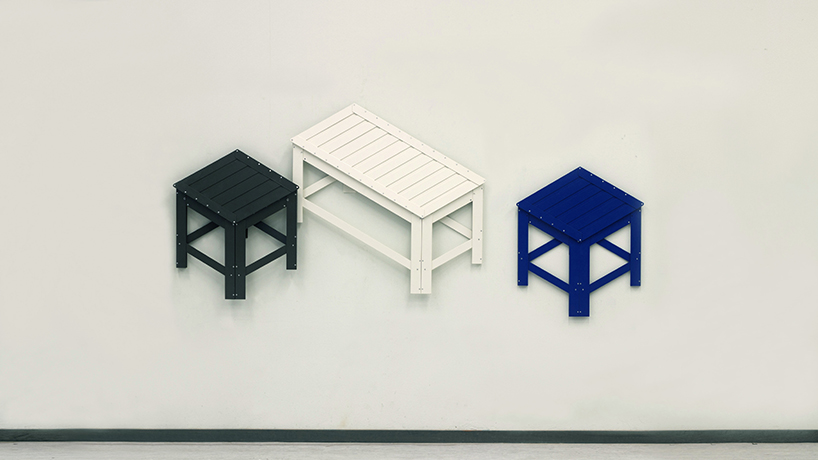 the collection in its flat version 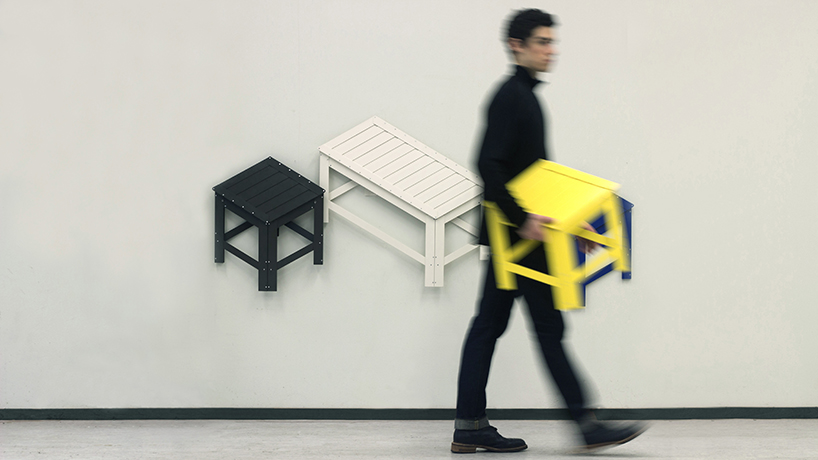 the stools and benches are transformed easily into seating objects 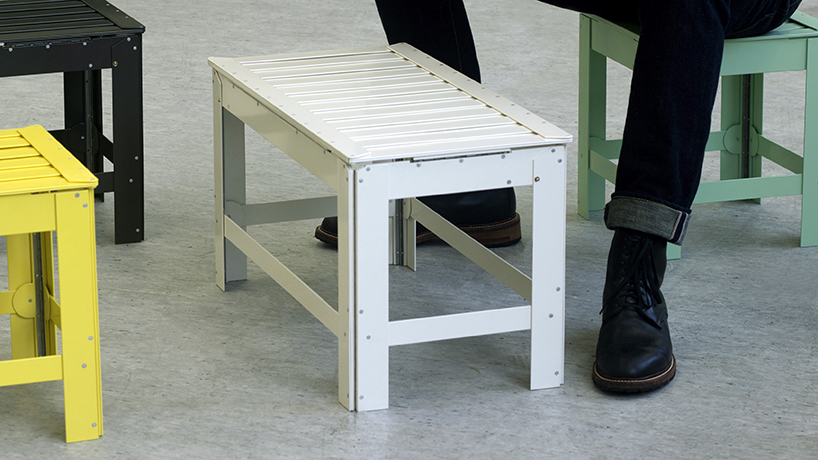 the chairs in it’s three-dimensional form 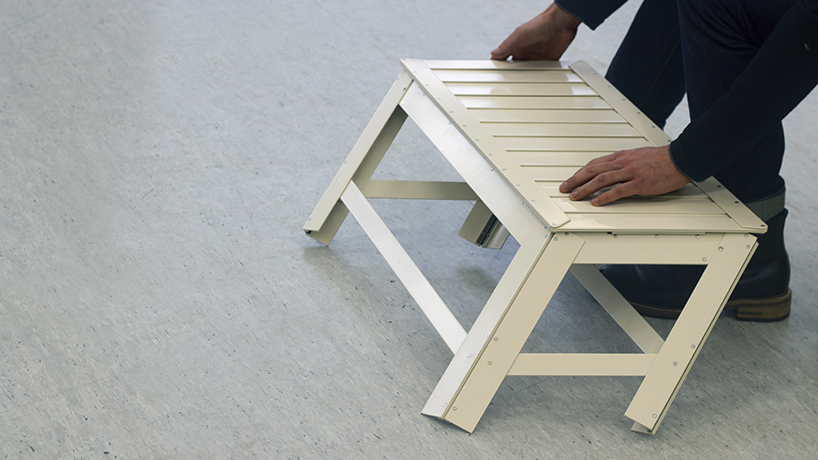 folding the stools back 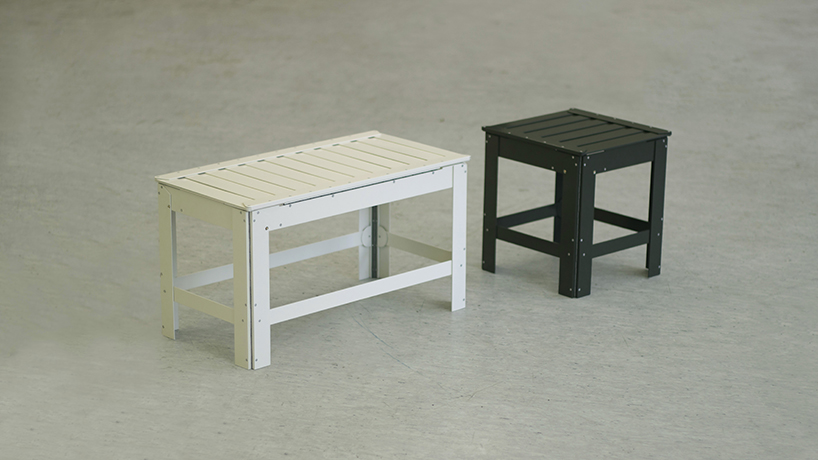 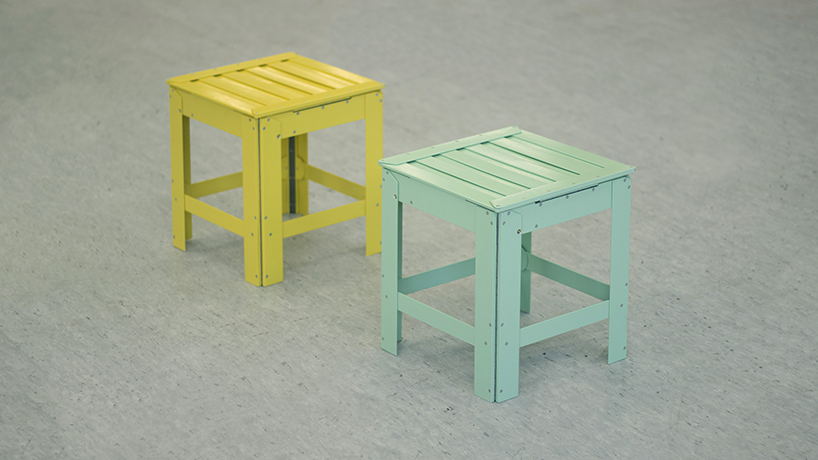 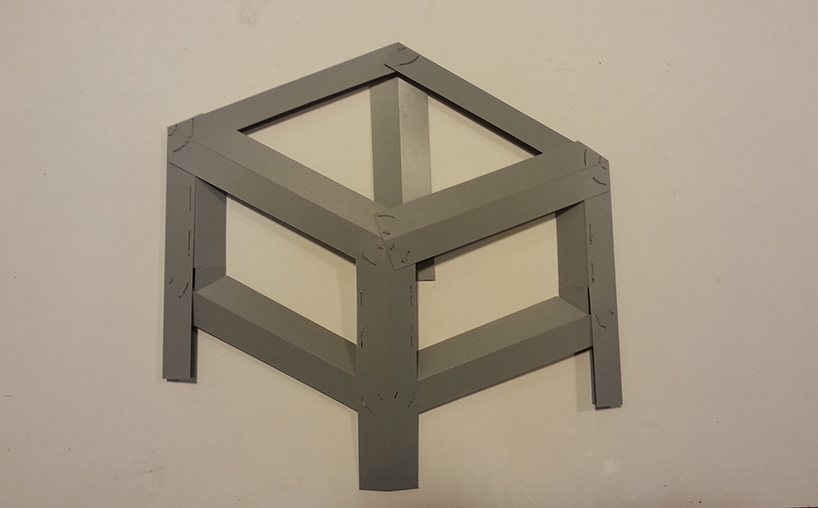 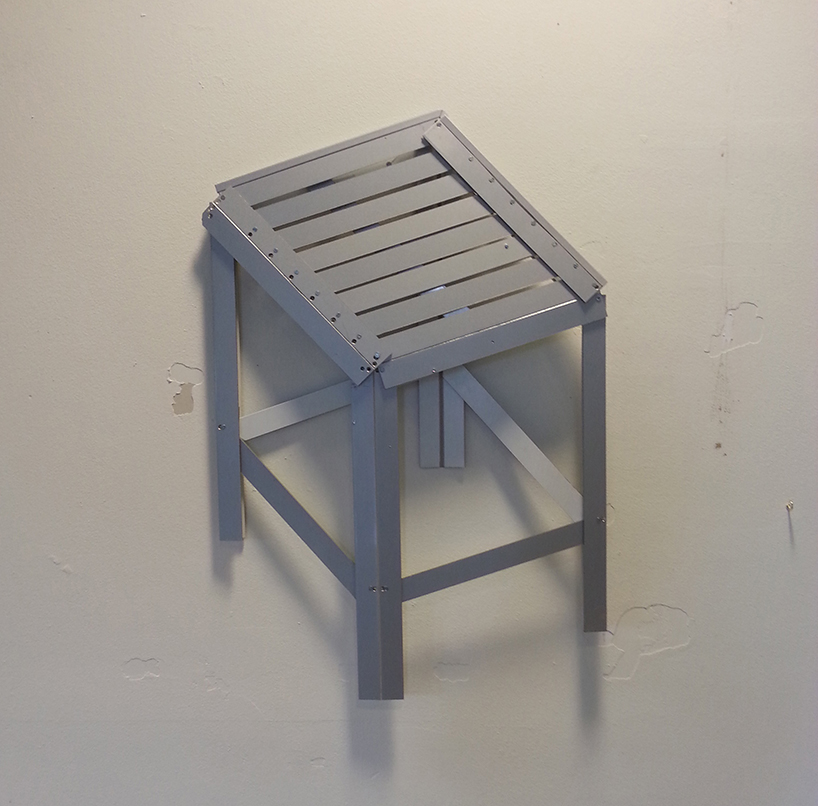