korean-born, netherlands-based designer joong han lee of studio homunculus has created a new system of making, based on the idea of bringing a hand craftsmanship into a computerized technology. his project ‘haptic intelligentsia’ was shown in the masters graduation galleries at the design academy eindhoven during dutch design week 2011.

the project is a modified 3D printing machine that allows the user to tactually perceive a virtual object, and then directly transform the digital concept into a physical reality. the user can freely move the extruding gun, which is attached to a haptic interface. when the tip of the gun is moved into a surface region of the virtual object, the interface generates forces under computer control, allowing the user to ‘feel’ and ‘touch’ the virtual model. without looking at the computer screen, the only way to visualize the design is to pull the trigger and extrude the material, observing the object as it is created. 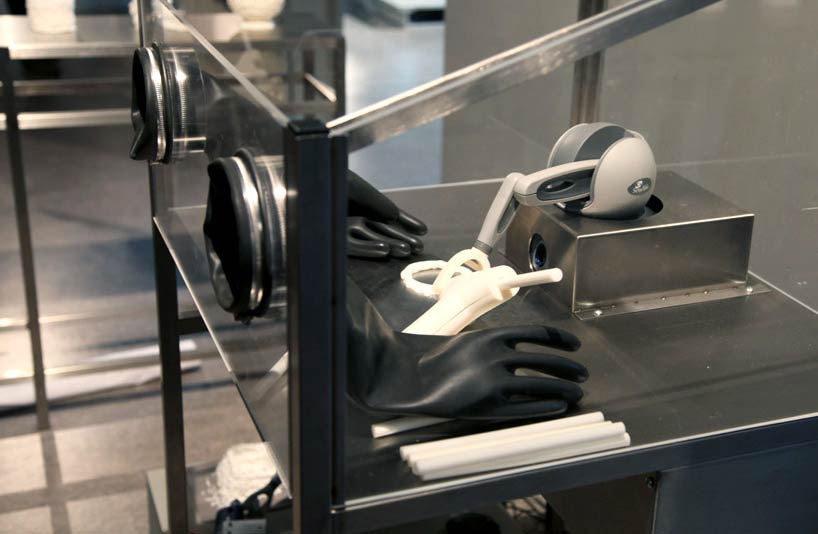 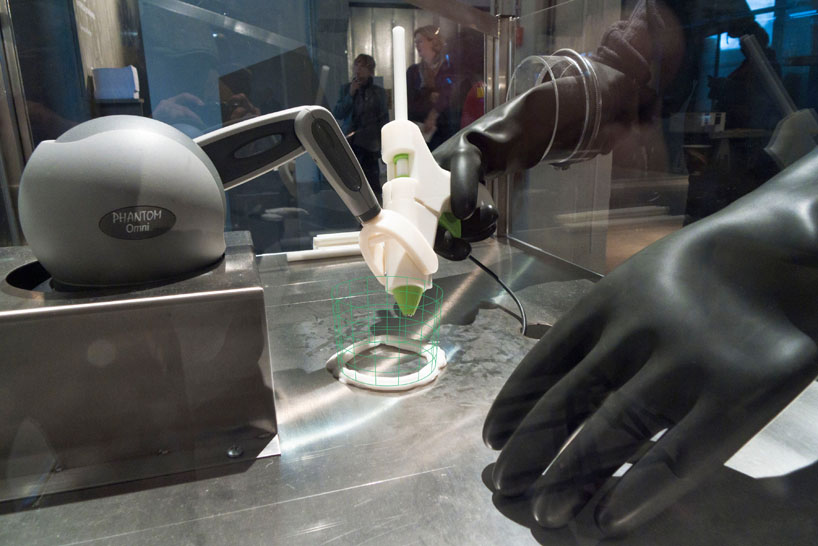 closer view of device in use: touching and materializing the surface of the virtual object through haptic force feedback 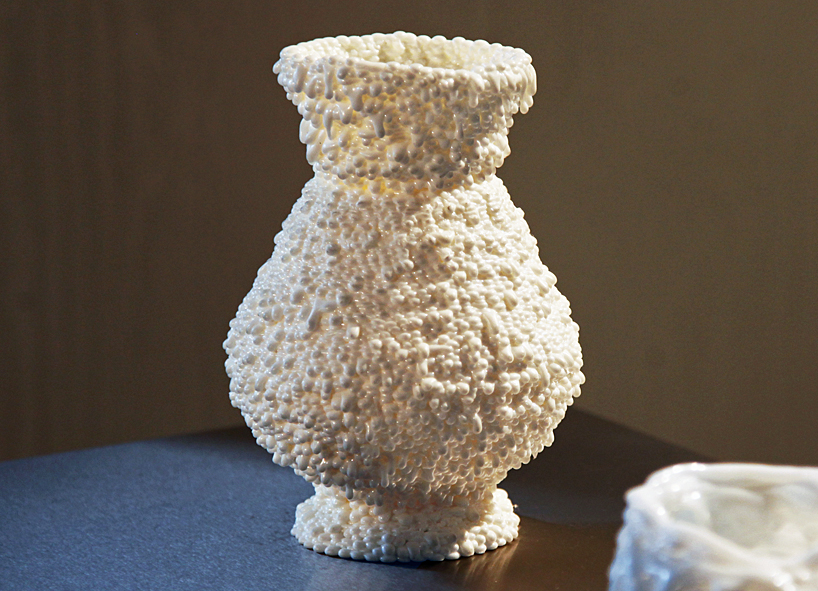 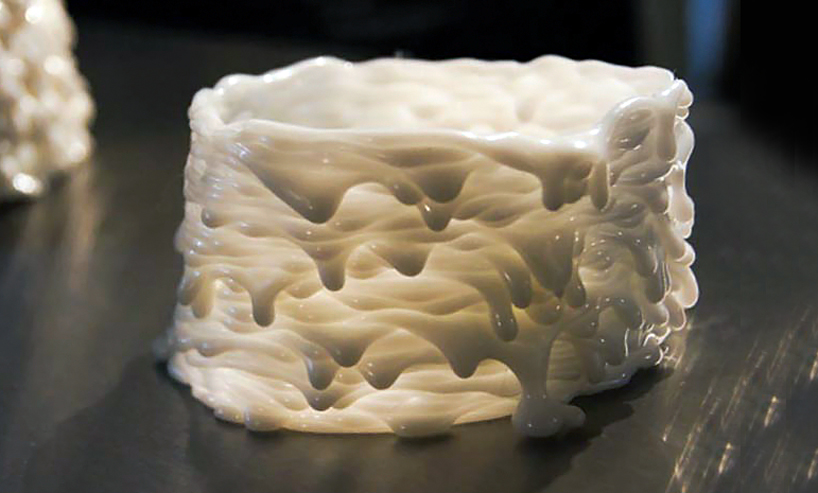 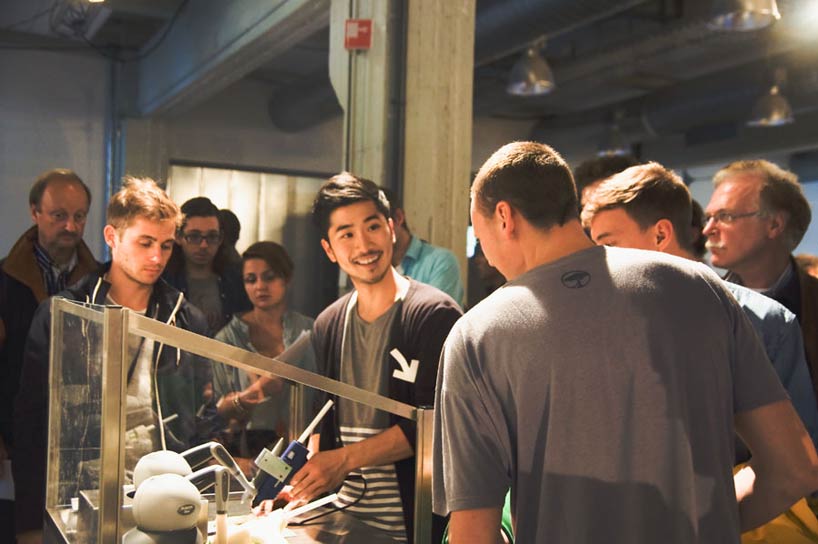 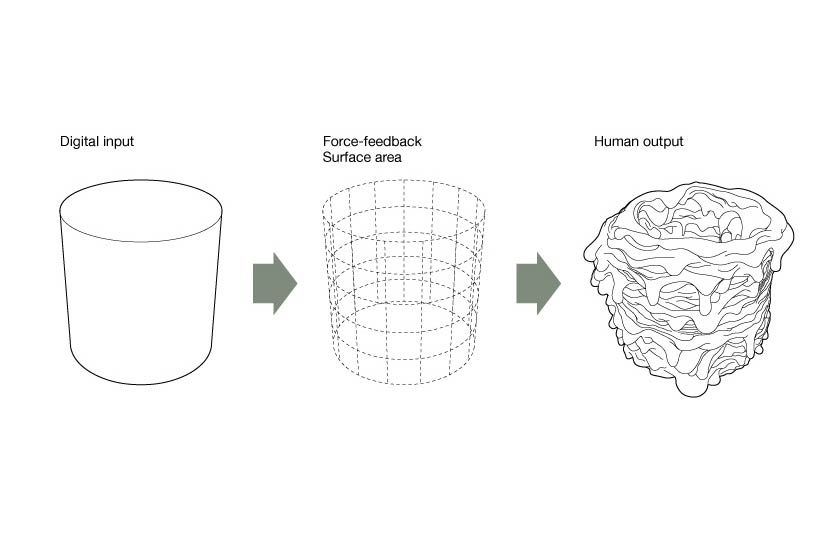 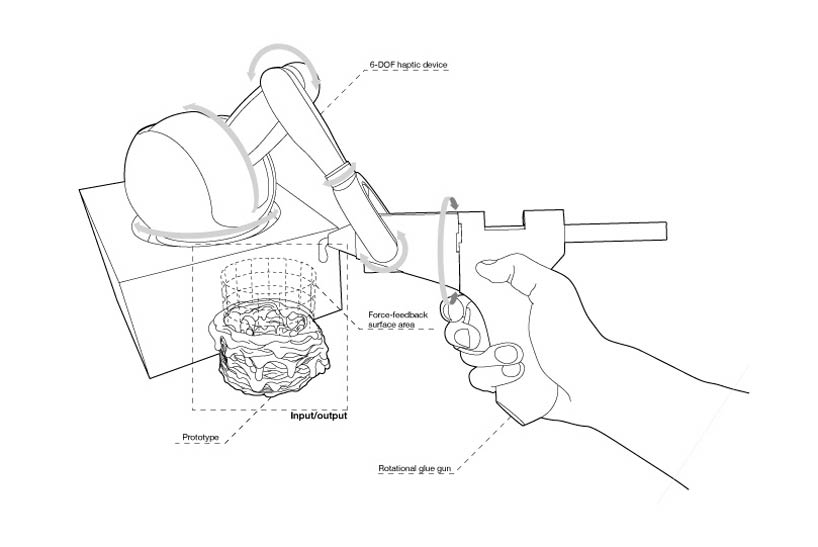