designer jorge manes reveals the final version of his new ‘useless lamps’ and ‘deer hunter’. the lamps first debuted to a ‘freaked out’ audience at the madrid design fair. as you may recall the lights are made from electrical lights frozen in blocks of ice. once the lamp is turned on, the ice begins to slowly melt, eventually making the lamp useless. the lamps are now on show at tools galerie in paris along with ‘deer hunter’ another of manes’ designs until may 23rd. the two designs are part of the ‘jeunes pousse’ exhibition featuring a number of young european designers. ‘deer hunter’ appears to be a set of mounted antlers typically found hanging on hunter’s walls. however, closer inspection reveals that the antlers are actually made from rifles, suggesting a witty commentary. 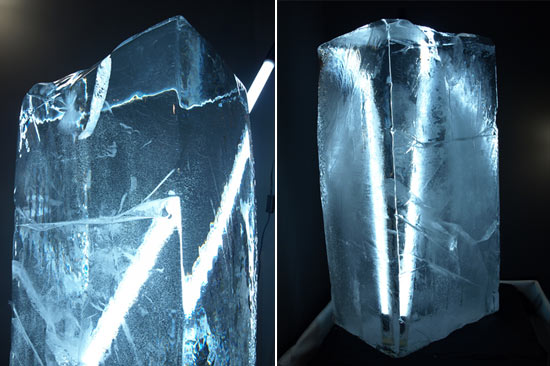 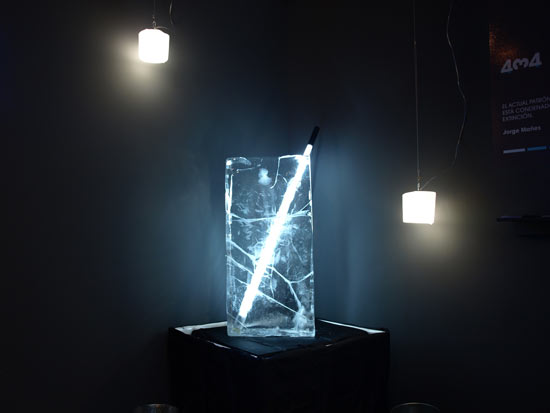 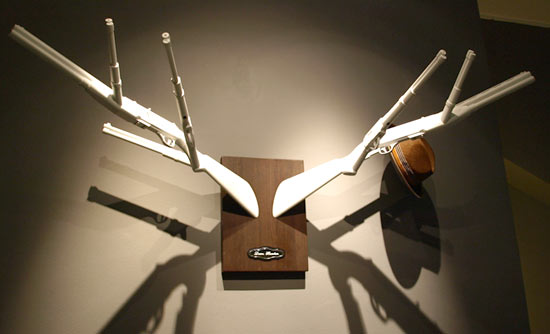 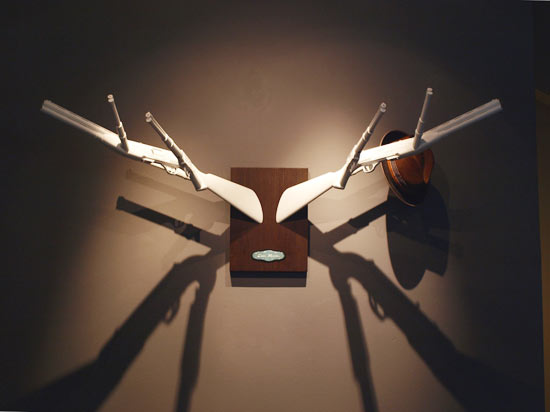