utopian view of the future in london; a city where humans rely on birdsʼ droppings to survive

jorge manes developed an unusual solution for returning the world’s smallest island nation, the republic of nauru, to its previous prosperity. the project began during manes studies at rca, where department head tord boontje gave students a brief to examine a topic related to energy scarcity. the island of nauru was an obvious choice, since it was once a nation rich in phosphate and has since been over mined, forcing the government to declare bankruptcy. manes then learned that the island’s once lush landscape was actually a direct result of the feces dropped by the island’s many birds. so his solution to returning this island to its heyday, was to encourage bird wildlife. manes designed a new flag for the country showcasing this unique attribute and a souvenir for nauru designed to collected bird feces. 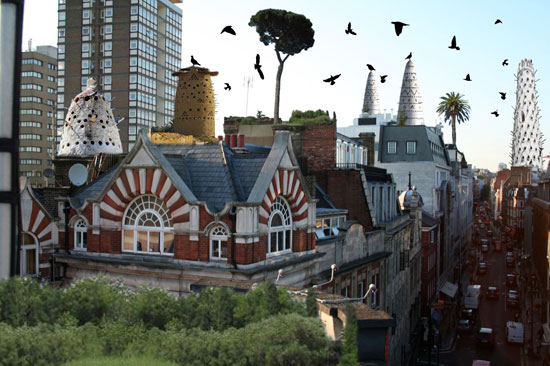 utopian view of the future in london; a city where humans rely on birdsʼ droppings to survive 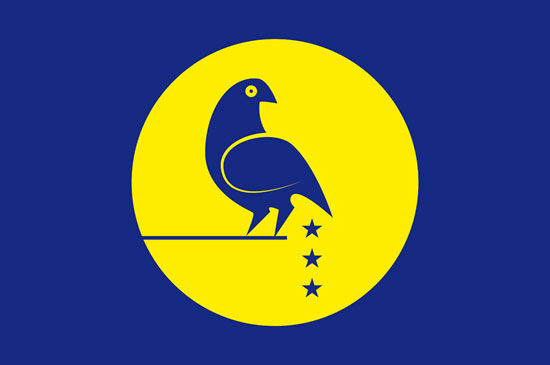 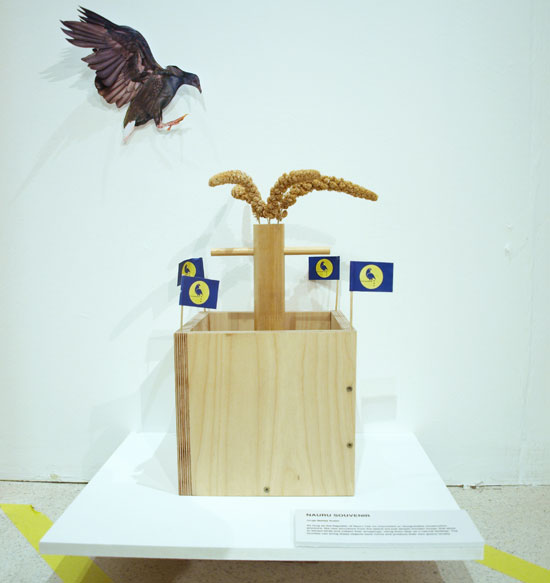 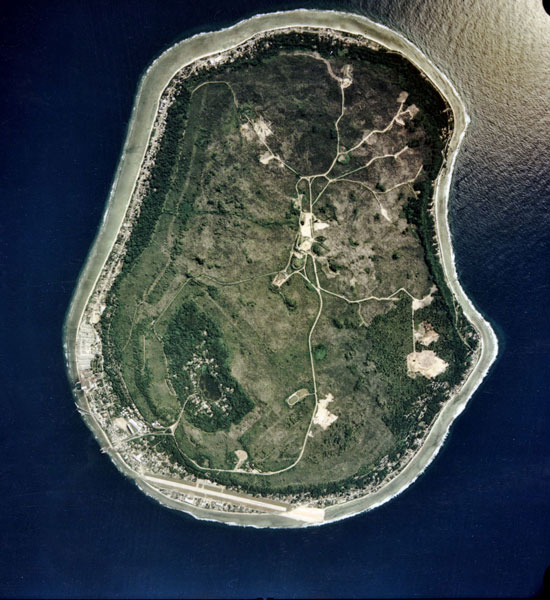 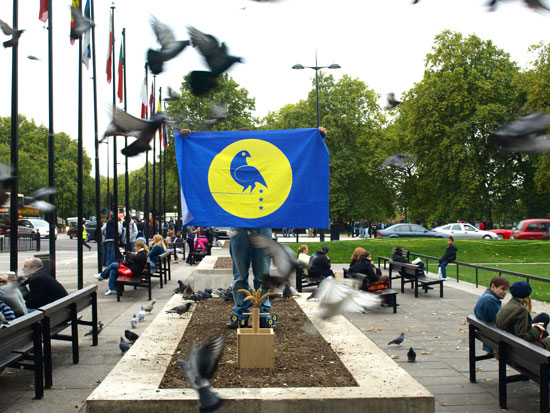 nauru flag and souvenir in london