london-based spanish designer jorge manes recently spent 2 weeks cycling the el camino de santiago route in spain. responding to the ancient path’s recent commercialization, manes built a portable and self-sustainable factory that he towed along to make objects that took advantage of the specific locations, industries and people encountered on the route. ultreia, as the project was called, utilized a  rotational moulding machine powered by the movement of the bike to create the designs. manes also towed along a tent and a solar panel to allow him to become completely self-sustainable for the journey. here is a selection of picture from the project and some of the objects manes created. the whole project is currently on display at the royal college of art in london. 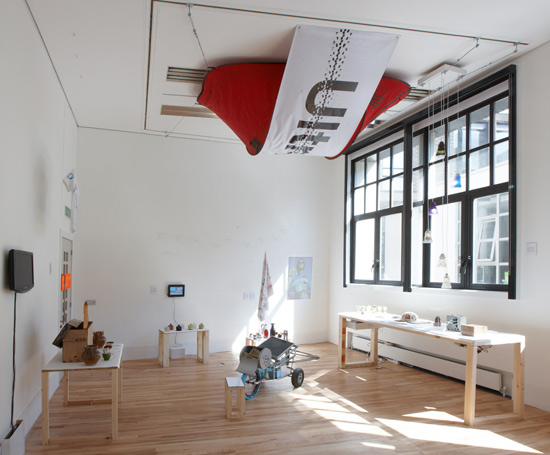 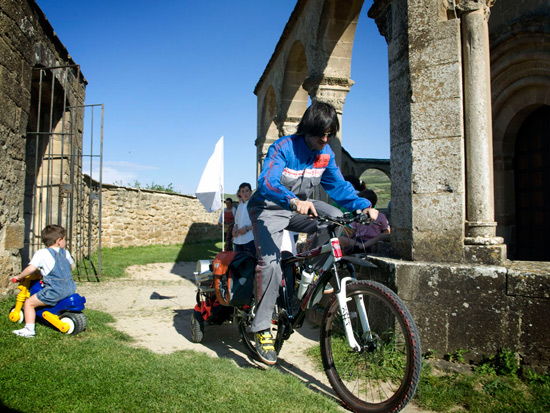 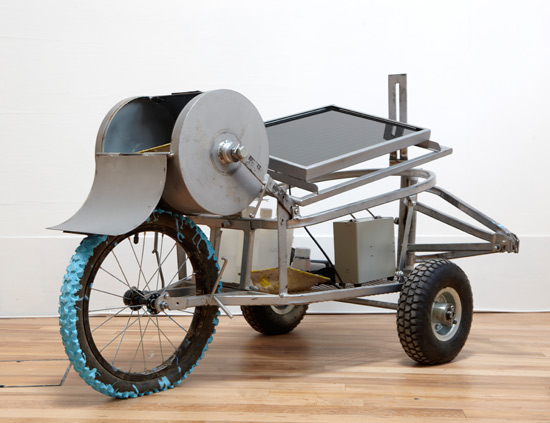 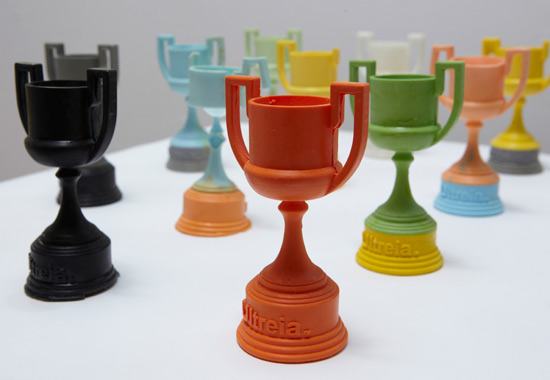 moanes created a small replica of the ‘la copa del rey’ football trophy to rematch the atletico de madrid and sevilla cf match played on may 19, 2010, since his team (madrid) lost 2-0. the trophies were given out in estella after an improvised football game with the towns children. 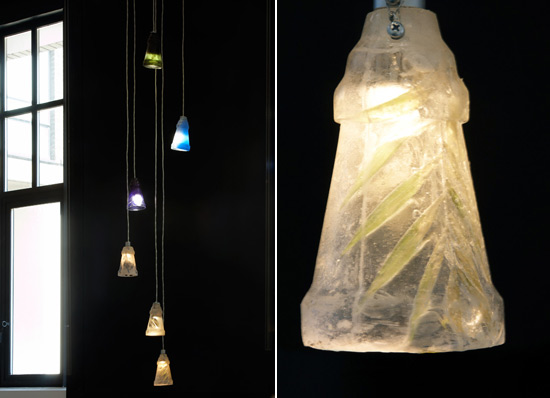 ‘sarracin’ from the series ultreia by jorge manes, 2010

sarracin castle is located on the top of a big hill and was used as a fortress. after climbing the hill, manes used the downward journey to mold a series of bio-resin lamps that incorporate unusual plants he found inside the castle. 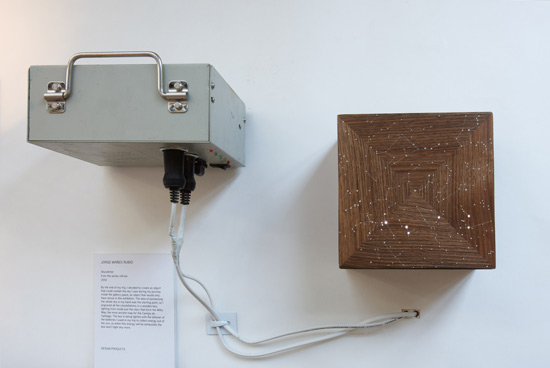 ‘skycatcher’ from the series ultreia by jorge manes, 2010

this objects was created after the trip to  contain the sky that manes saw duing his trip. it consists of a backlit wooden box engraved with the star constellations in the sky that were once used as a navigation method along the trail. the light is run on the leftover batteries from the trip, which will eventually run out. 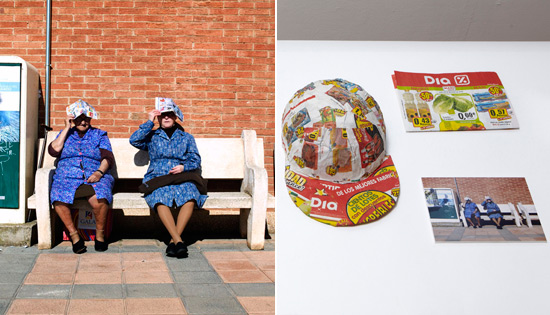 ‘supermarket baseball cap’ from the series ultreia by jorge manes, 2010

after observing some local woman shading themselves from the sun using the local supermarket flyer, manes create a baseball hat that would serve the same purpose. 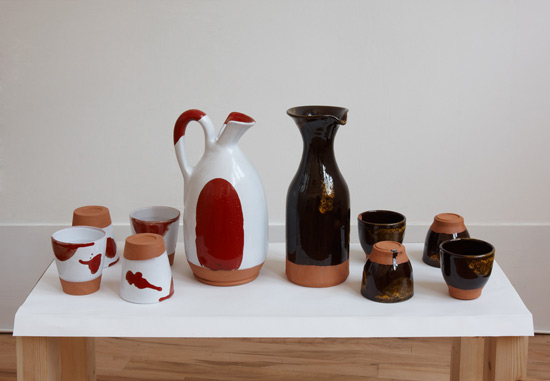 ‘guendulain castle’ from the series ultreia by jorge manes, 2010

guendulain used to be a resting spot for pilgrims traveling the el camino, but has since seen better days. manes invited a  group of italian pilgrims he met on the road to enjoy local food and wine served in a unique ceramics produced in the nearby village of navarrete.