joseph walsh has realized an all encompassing, freely spiraling ash wood sculpture titled ‘magnus celestii’ – his studio’s first work of this scale to be completed. presented at the new art centre at roche court (on now until july 6th, 2014), the site-specific piece emerges from the center of the gallery space out of a desk form, expanding outwards and upwards, wrapping around the perimeter of the room, finally resting along a side wall as a large hanging shelf. addressing the relationship between form and function, ‘magnus celestii’ continues his signature formal language, while keeping in mind the principle of being sympathetic to the materials which he employs. 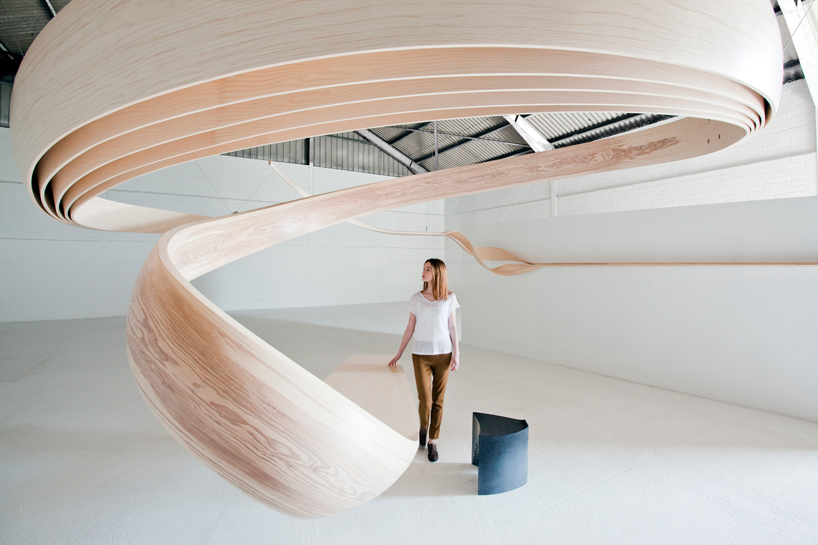 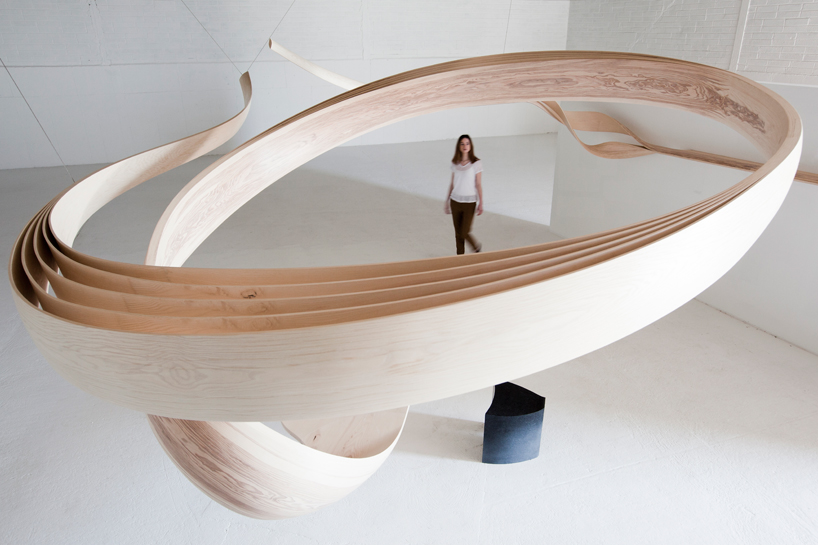 the all encompassing structure wraps around the perimeter of the gallery 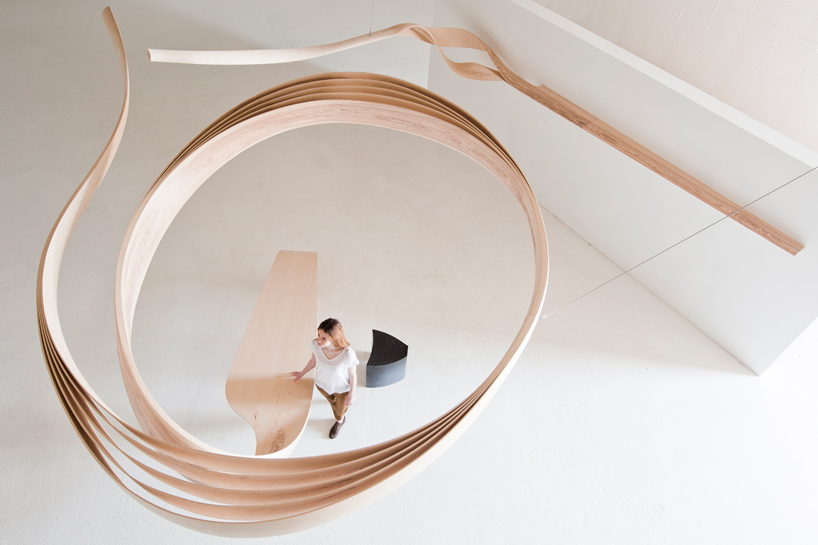 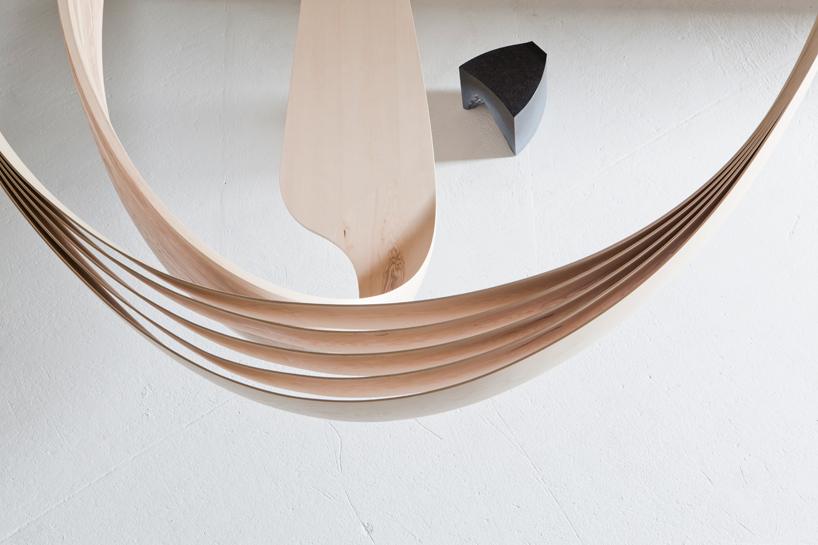 detail of the bentwood formation 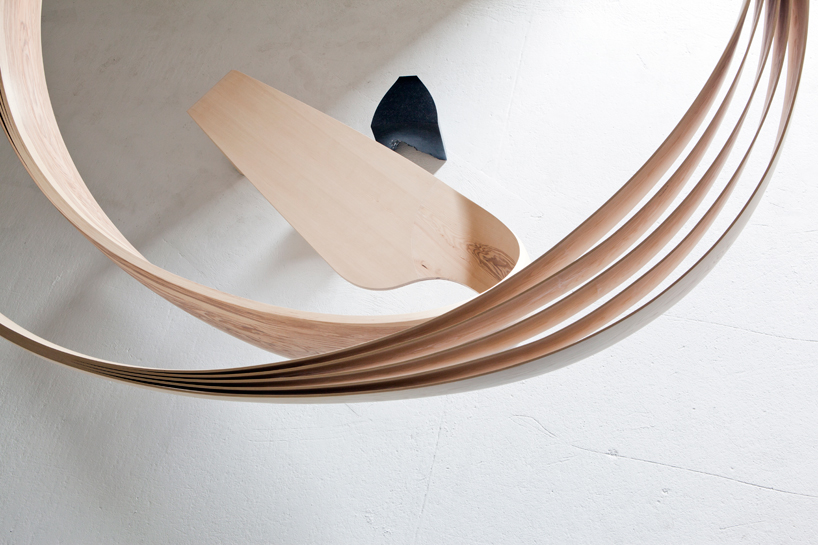 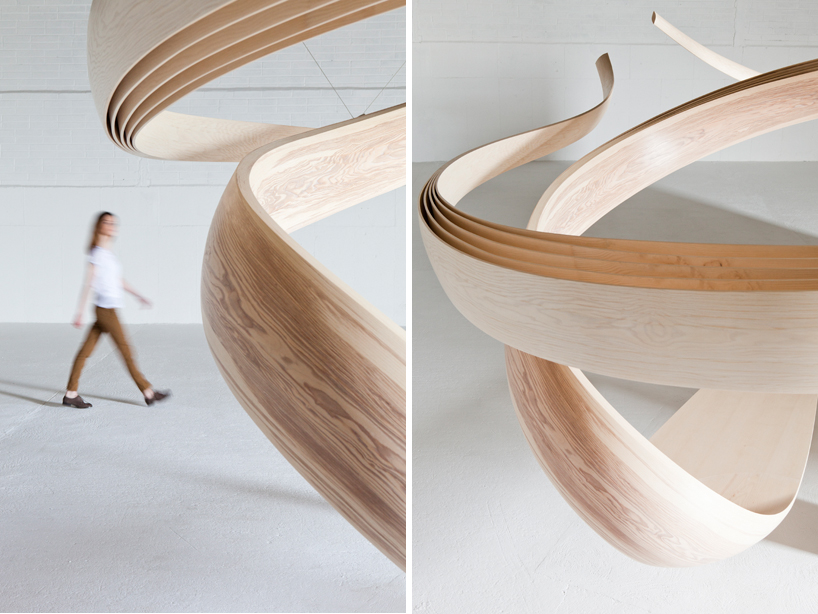 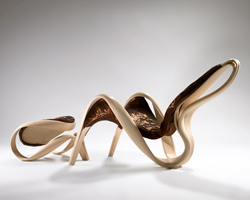