considering his design approach from a humanist perspective, american industrial designer josh owen has developed products ranging from bottle openers and corkscrews to coffee tables and chandeliers. since 2007, owen has split his time between product design, curating, and teaching, having been named the craig r. benson chair for innovation at philadelphia university in 2008 and developing interdisciplinary course programming at the university of pennsylvania school of design. in 2010, owen accepted an associate professorship at the rochester institute of technology (RIT), where today he teaches and develops programming for the vignelli center for design studies and is working with others towards the creation of a new masters program. you can read more about the vignelli center and other campus initiatives in designboom’s article about our visit to the RIT campus. 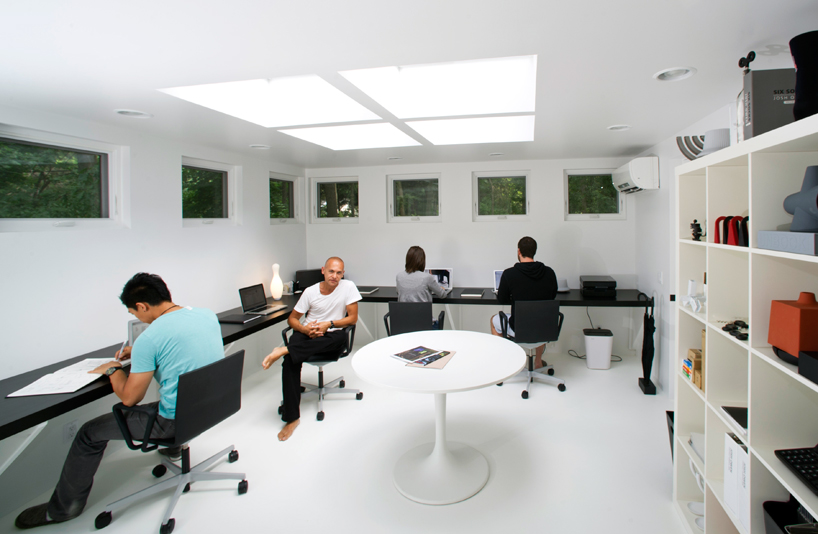 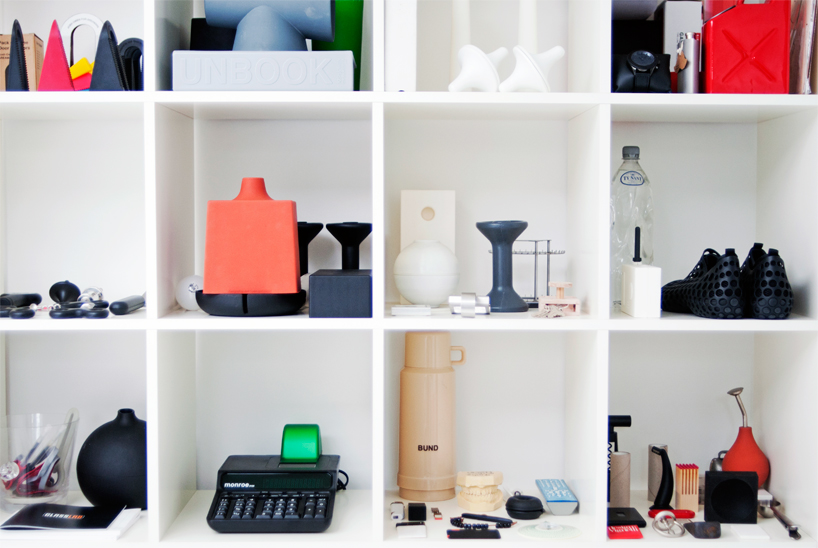 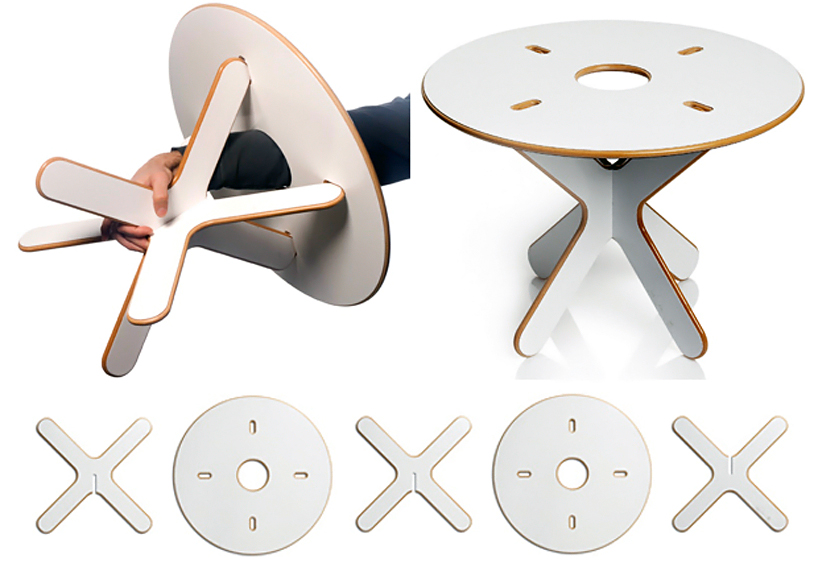 the son of an archeologist, owen attributes his career to a long-standing interest in objects and object-making, leading him to study anthropology and visual art and sculpture as an undergraduate. focusing on furniture design as a graduate student, owen first established his own studio in 1997 in an open loft apartment in philadelphia. 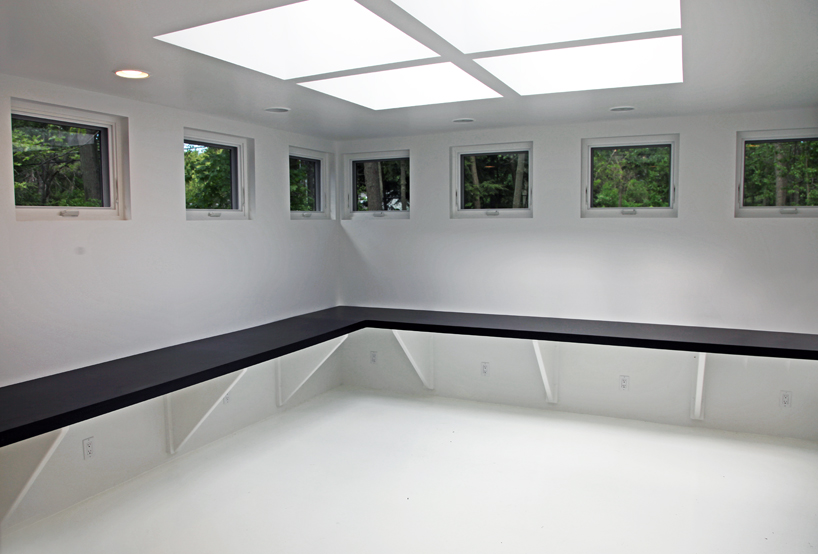 view of the studio in summer 2011, during its construction period image © designboom

josh owen now lives and works in rochester, new york, where he moved in 2010 to take on a professorship in industrial design at the rochester institute of technology. designboom visited josh owen as he was finishing construction of his new studio, located in his home in a town just outside of the city.

‘construction of the new studio was a refreshing opportunity to reevaluate my needs and desires. when I moved away from the urban grid, the ability to have more space was an obvious temptation. I spent a good deal of time considering my method of working: rarely in life do you have the opportunity to step back from your process and evaluate it from a birds-eye view. considering new developments in communication and technology I realized I could work in a much smaller, more efficient space. so despite the opportunity to go bigger, I went smaller.‘

the space consists of a single room– white with large skylights, and windows looking out onto the woods– in conjunction with a workshop just a few steps away. the archives are kept apart in the basement, ‘to maintain focus on the projects at hand‘. 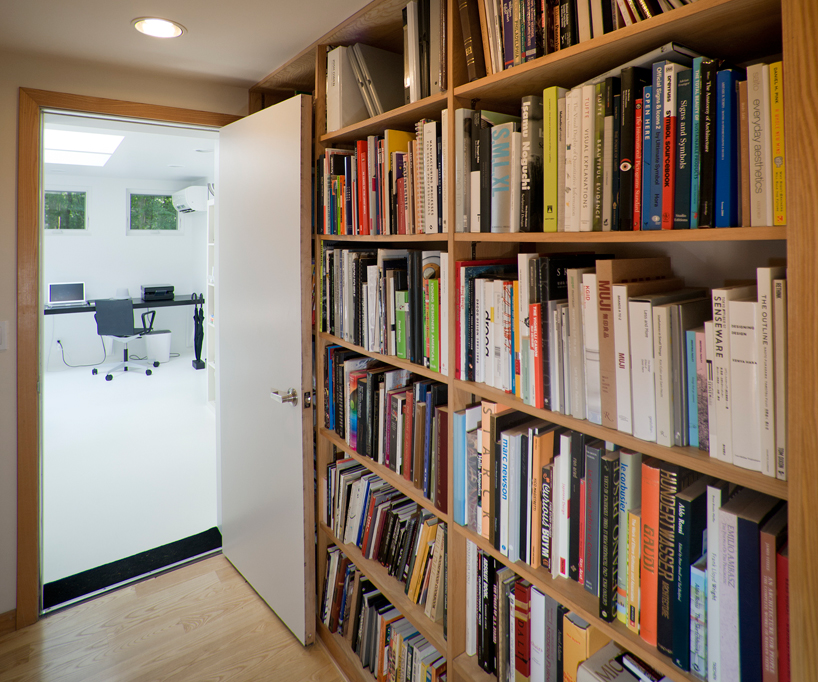 owen’s working style is collaborative and the studio atmosphere relaxed, with the designers exchanging ideas and playing music constantly as they work. of a small team of interns and collaborators, there are generally at least two industrial designers as well as someone with formal training in graphic design. the studio keeps relatively consistent hours, and each day begins with shared ideas over coffee– about anything, owen notes: less ‘particular issues we are working on but more about inspirations or challenges encountered in daily life‘.

project design involves a combination of hand-drawing, computer models, and rough mockups and maquettes, using cardboard, plywood, or 3D printed objects. interns at the studio are generally young designers from across the world working for academic credit, a dynamic owen adapts to easily given his own professorship duties during the school year. 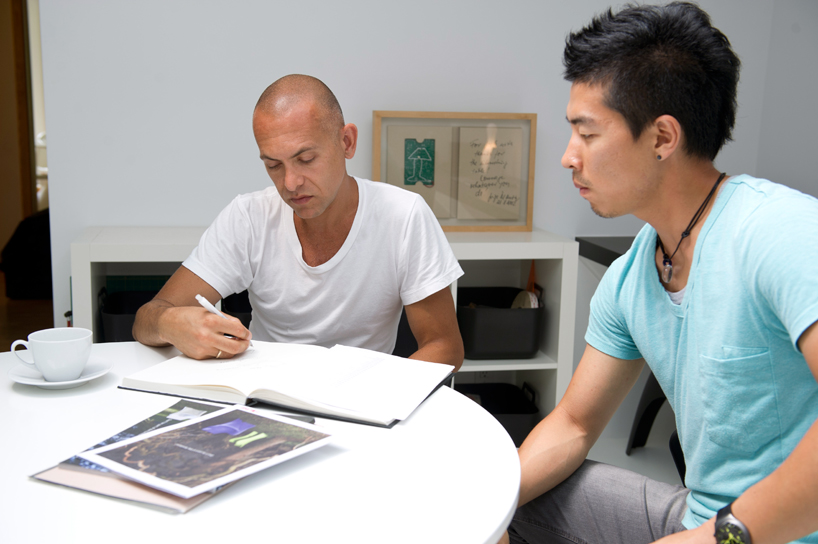 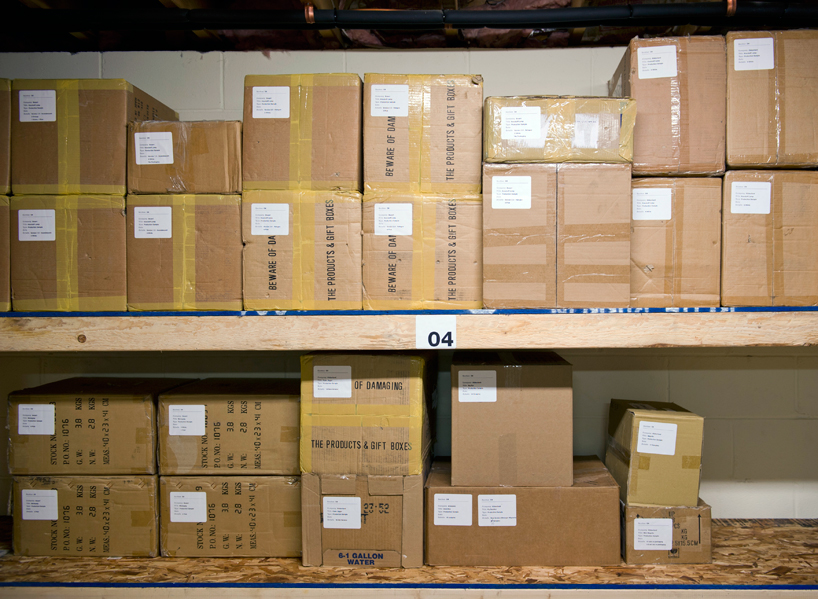 archives are kept organized in the basement, to keep the studio focused on present work image © elizabeth lamark

owen is currently collaborating with american design manufacturers kontextür, for whom he has just produced a series of silicone tissue box covers in red, black, orange, white, and blue.

he is also working pro-bono, alongside musicians and designers ranging from lady gaga and chris martin to jonathan adler and maartin baas, on the ‘pencils of promise‘ project to help build schools in developing nations. 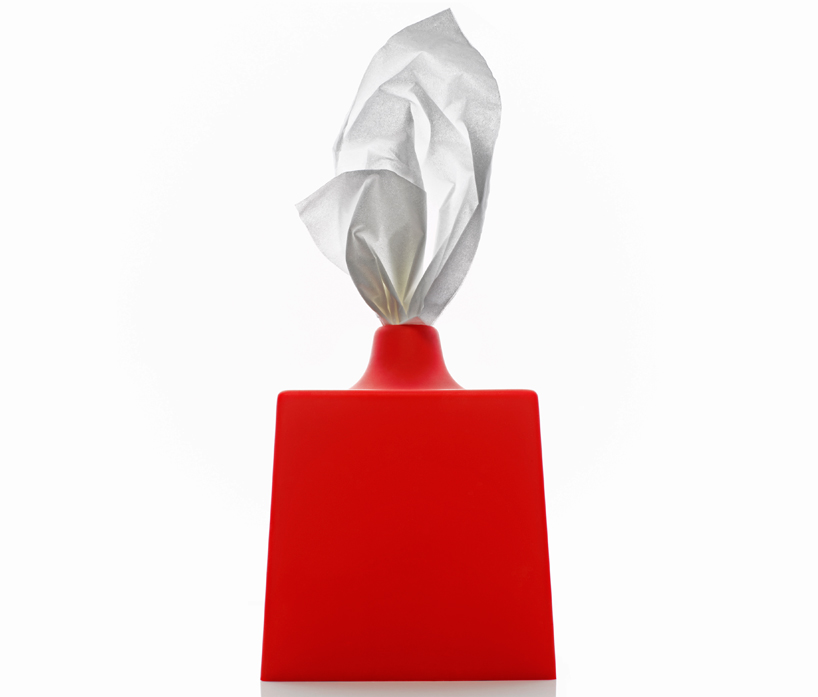 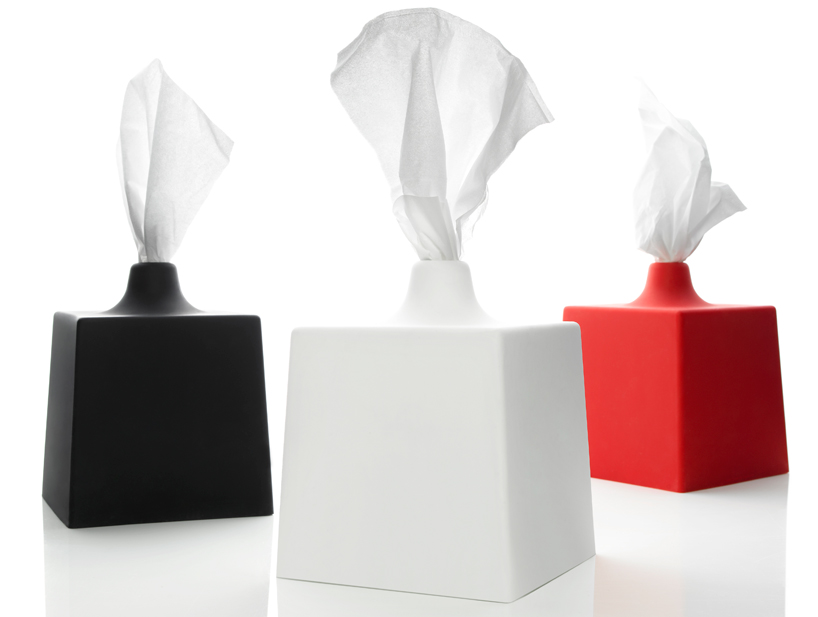 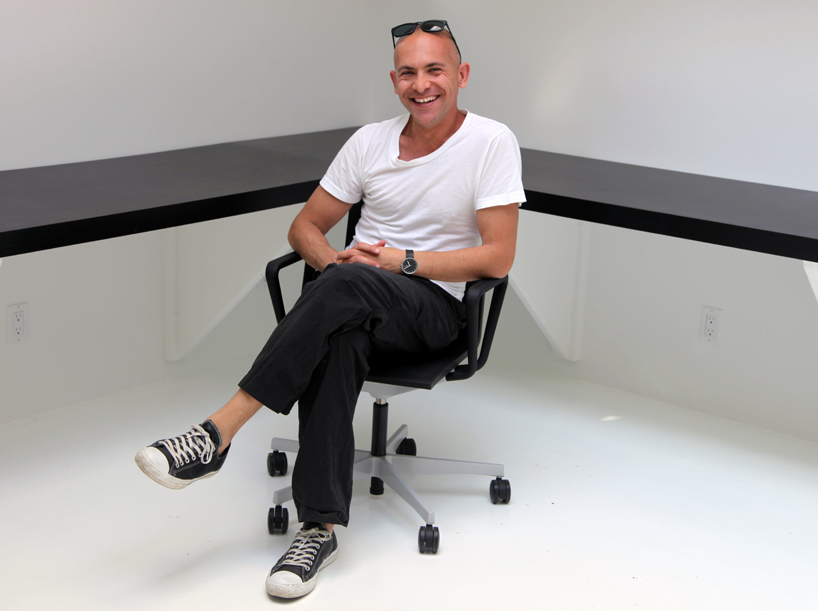 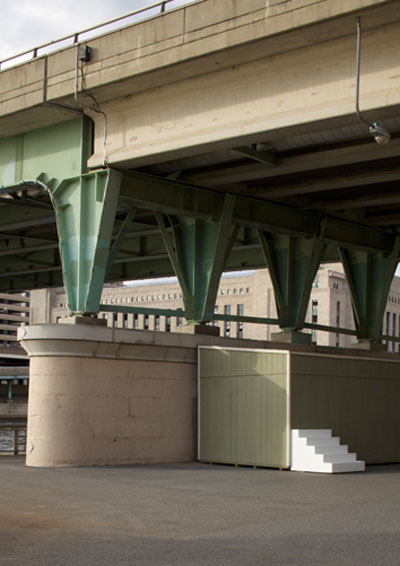 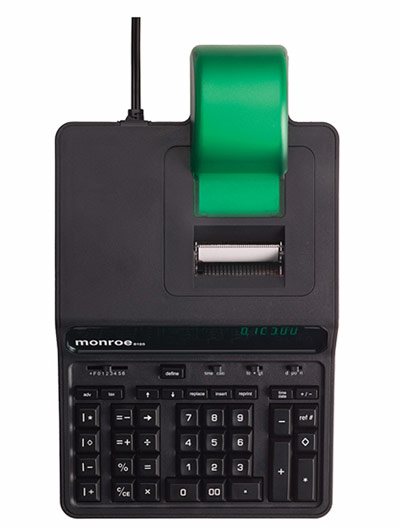