brazilian advertising agency ageisobar has grown passion fruit, lemons, oranges, and guava in the same of juice boxes– complete with straw– in a new ad campaign by for ‘camp’ juices, meant to celebrate the fact that the beverage is 100% natural.

the project involved two years of experimentation, and three different versions of the mold, to achieve the final results. the ad campaign then continued with live interventions, as ageisobar placed the 1123 fruits that they grew in produce sections of supermarkets, fruit stalls, and fairs throughout são paulo. when customers went to purchase one of the juice-pack-shaped fruits, it was switched at the cashier counter to a box of ‘camp nectar’.

carlos domingos was creative director for the project.

video of the development process of the fruits and campaign

of course fruit shaping itself is an older idea among horticulturists; in fact in china, specially shaped watermelons and cucumbers are occasionally sold in regular supermarkets as speciality products, and farmer gao xianzhang became known worldwide in 2009 for his buddha-shaped pears. 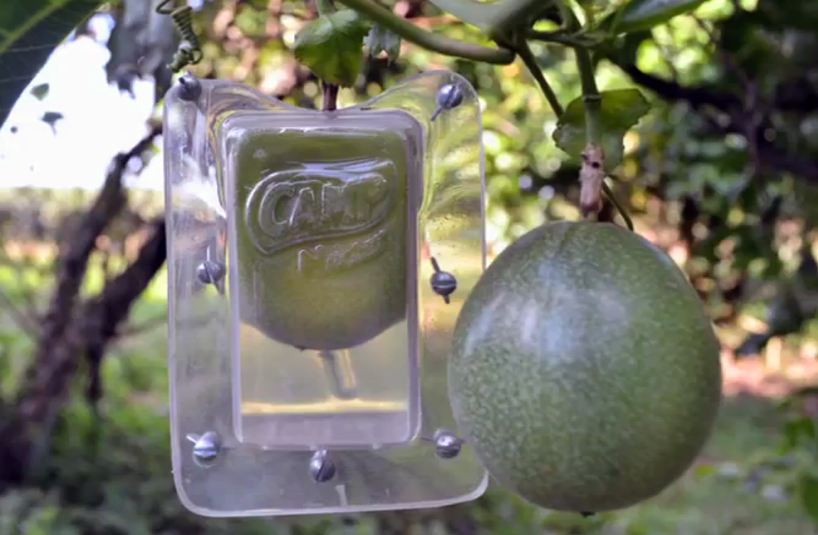 a passion fruit grows in its mold 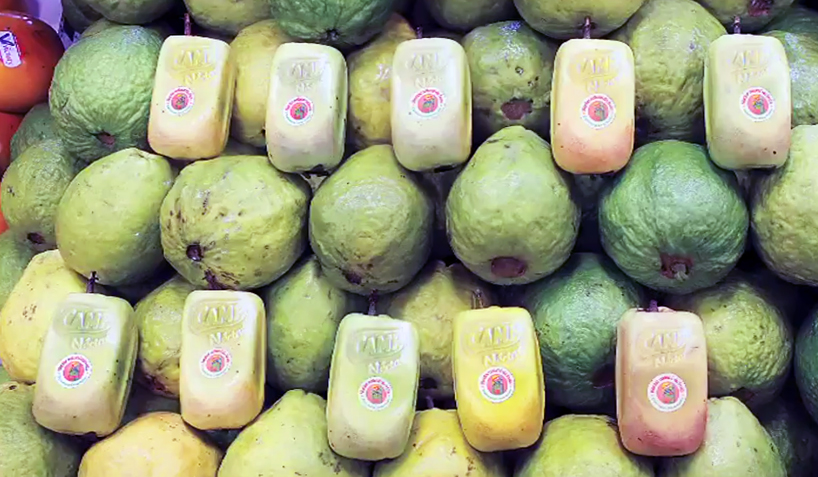 ageisobar placed over 1000 of the fruits in fruit stalls, to be exchanged at the checkout counter for a box of ‘camp nectar’ juice