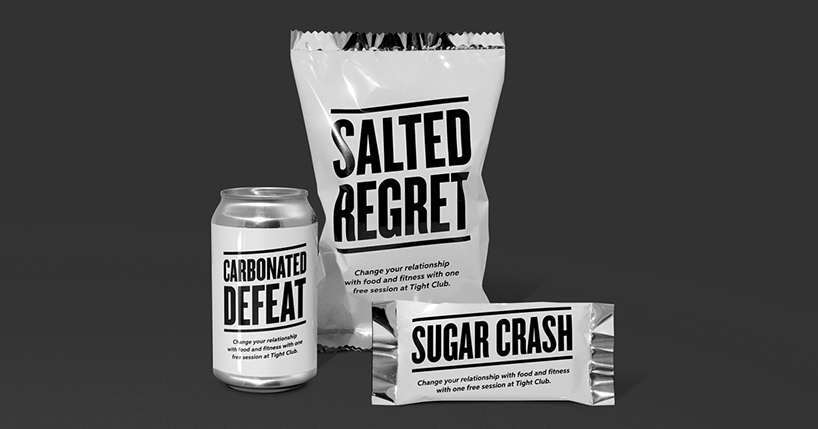 chips became ‘salted regret’, a candy bar was named ’empty calories’ and the pop can became ‘carbonated defeat’. the empty junk food coupons were intended to catch people in their ‘moment of weakness’ as they broke their resolution reaching for that sweet or salty treat, and deliver the message that you don’t need to completely deny yourself the food you love to live a healthy life. 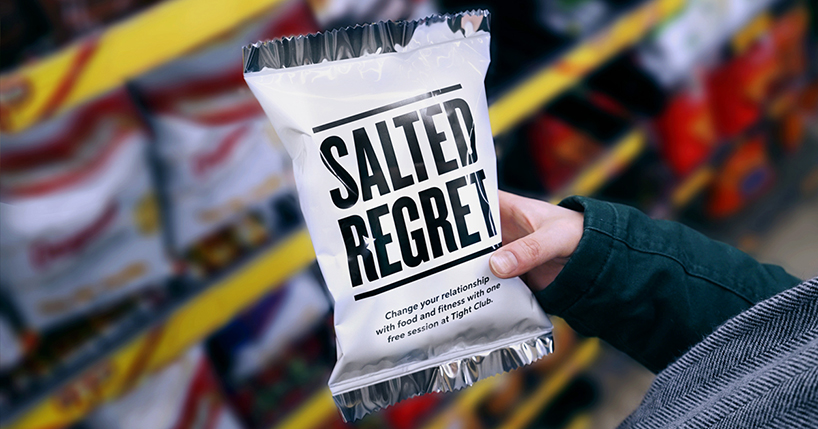 ‘from experience, we knew that early february was when most people would break their new year’s resolution, simply because the resolutions they set are too restrictive,’ says keighty gallagher, tight club founder. ‘through this campaign, we wanted to engage people just as they’re about to break their resolution, and show them that by changing their relationship with food and fitness they can live a happier, healthier, more balanced life.’ 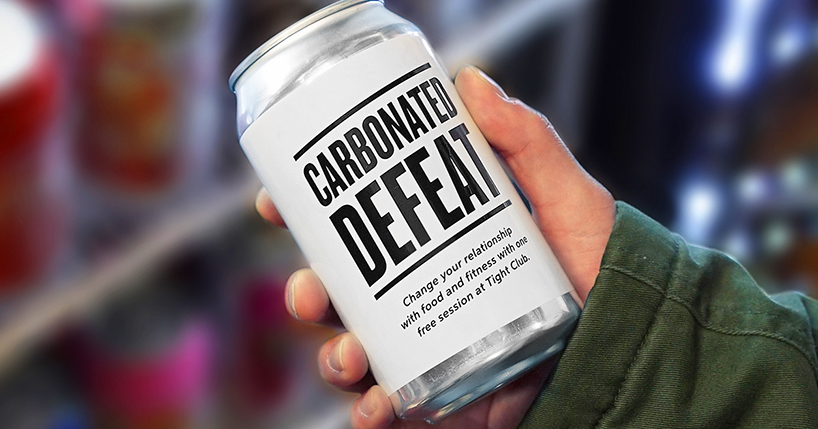 ‘there’s a lot of power in contrast,’ says ian grais, rethink founder and creative director. ‘by hiding these packages where people are feeling tempted by junk food, tightclub really stands out in a relevant way.’ 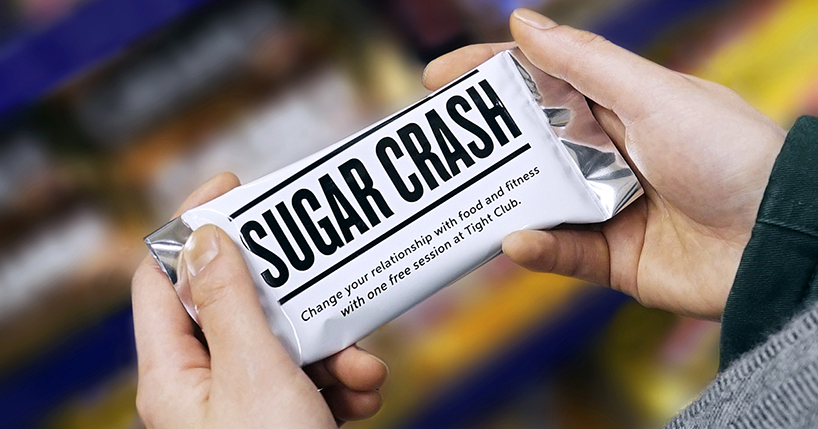 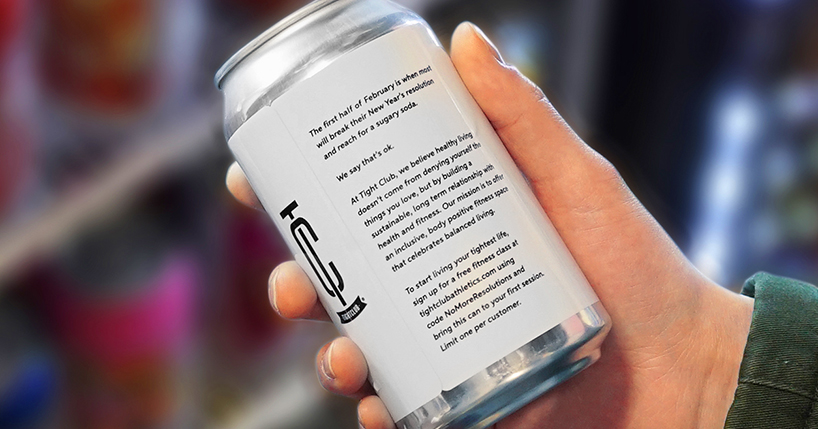