‘cham’ cabinet from the ‘dressed-up furniture series’ by kamkam

korean studio kamkam has just sent us images of their latest series ‘dressed-up furniture’, which is literally, furniture dressed with felt that is decorated with clothing elements such as belts and buttons that are used to close the cabinet doors. the series consists of four items: a dressed up stool, cham cabinet, cham bench and belt felt.

‘cham’ is a little cabinet that can be closed by fastening felt belts. an inner magnet fixes the door shut, that can also be rolled if one wants to leave it open. the furniture is named after the north pole monster ‘cham’, a character of a korean novel. ‘dressed’ with felt, the shape of the furniture ‘cham’ has a soft appearance. 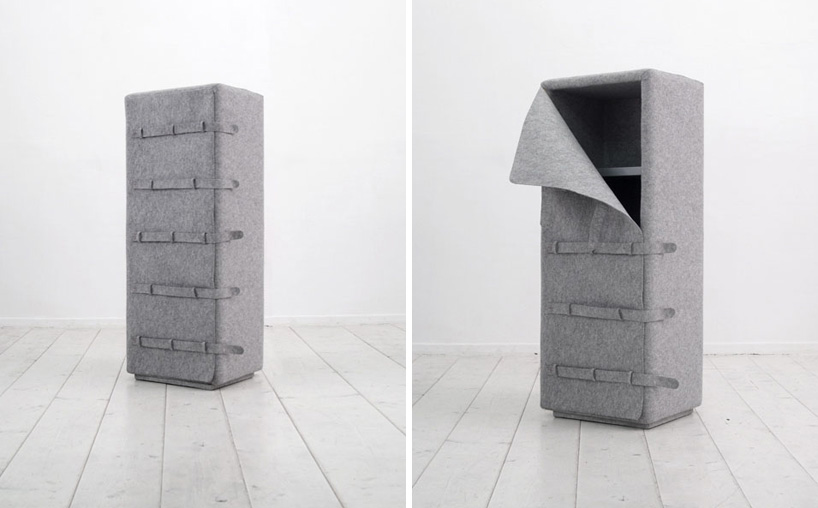 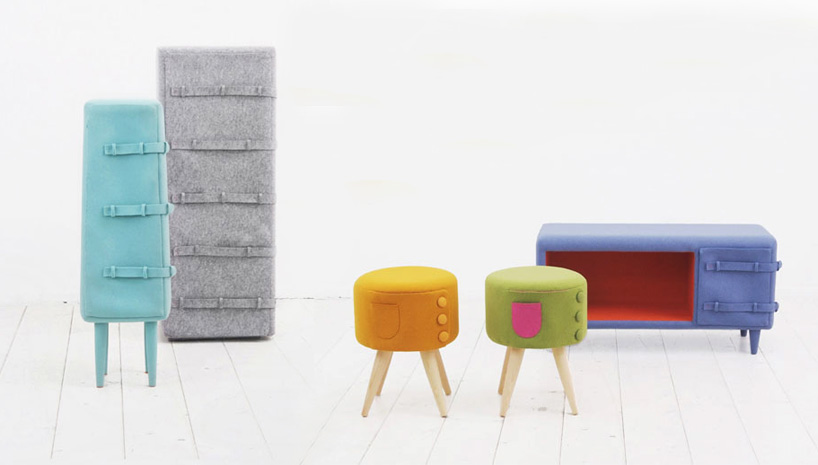 the upholstered ‘dressed-up stool’ has a storage that can be closed with three buttons – much like closing a shirt or jacket. the door can also be fixed by rolling it up using a magnet that is built within. 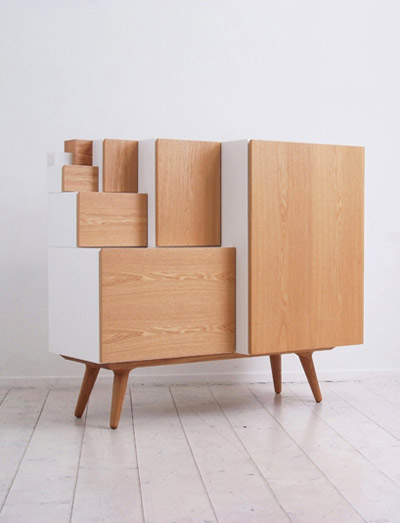