berlin-based polish artist karina smigla-bobinski has conceived ‘ADA’, a giant interactive analogue installation. the sculpture manifests itself as a large, clear helium-filled membrane studded with charcoal spikes, roaming freely within a white room. users are encouraged to engage with the object by pushing and spinning it as it floats within the space, where the walls then slowly accumulate marks and flecks. the balloon is about three feet in diameter with 300 charcoal sticks attached to its surface via a technique the creator generated especially for the work, each about 10 inches apart. the premise of the artwork references the 19th century mathematician, ada lovelace, who wrote a series of notes on her friend charles babbages’s project ‘analytical engine’, which was a computer they hoped would also make art.

the charcoal spikes mark the walls as it is played with 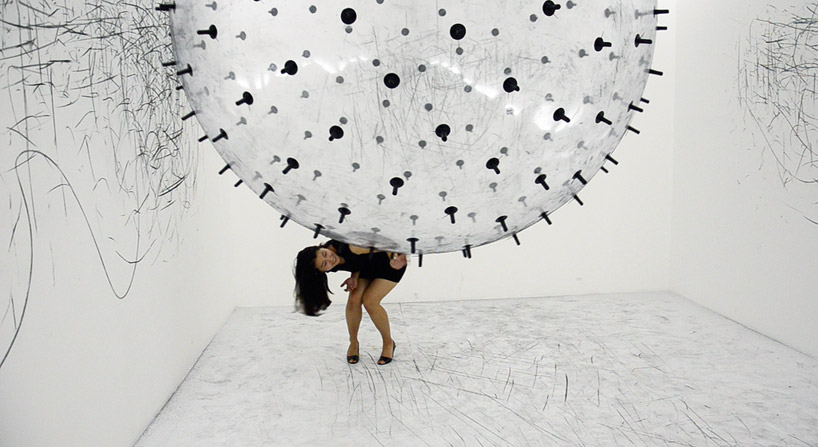 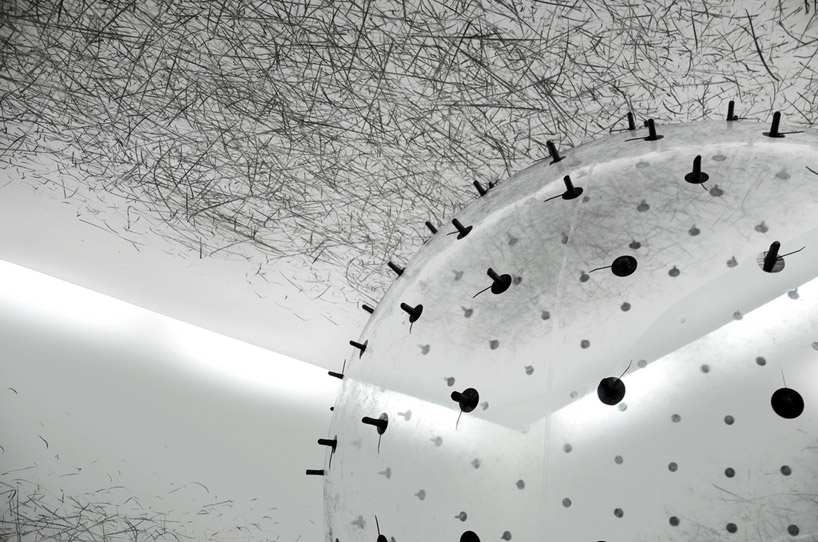 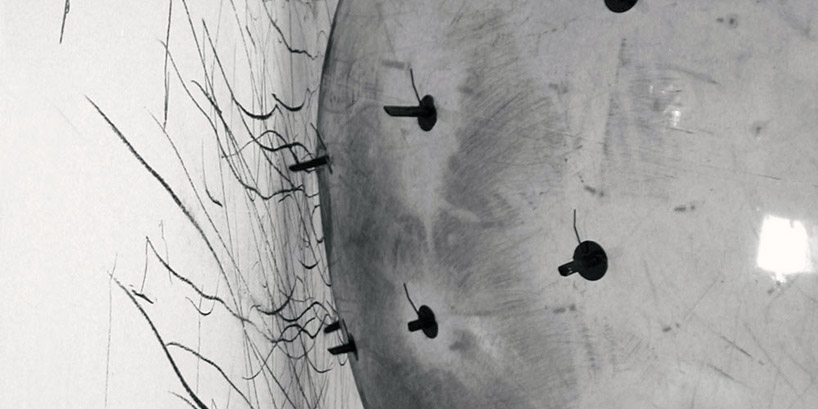 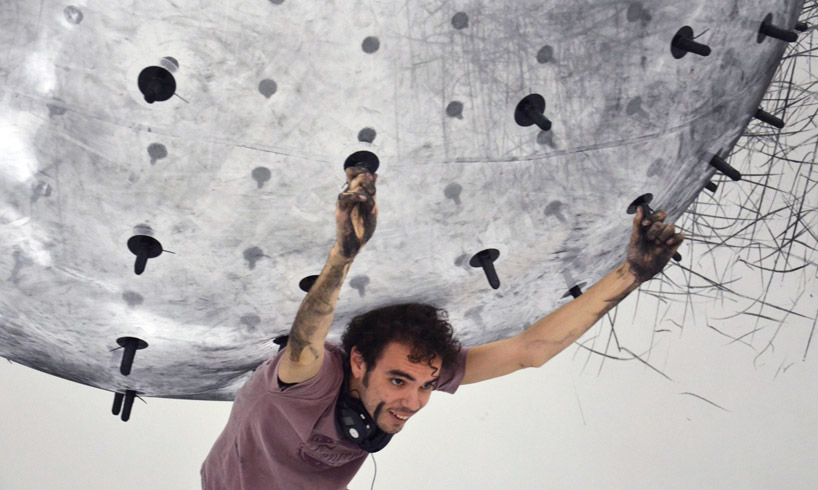 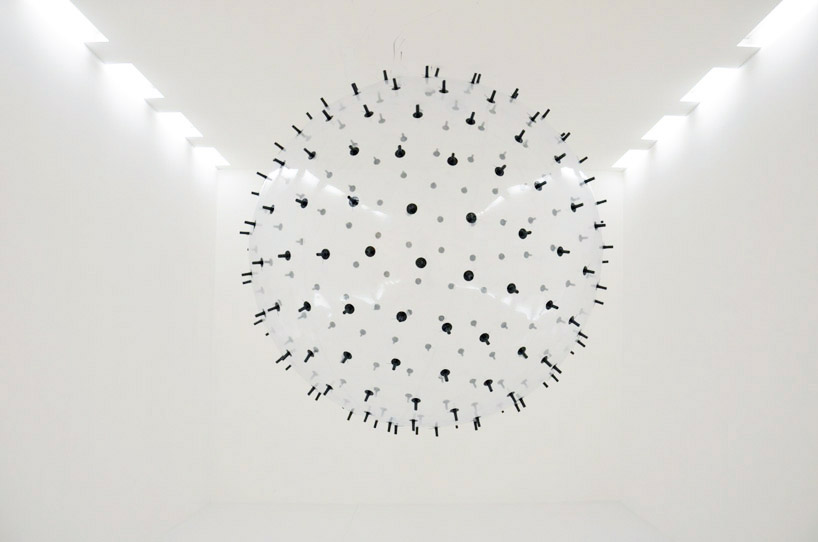 a video showing the interactive qualities of the project