milan’s kartell‘s flagship store celebrates the 10th anniversary of the louis ghost chair with french designer philippe starck. from street view, window displays frame the special edition series with starck’s signature laser engraved in black which is positioned in the centerof the its oval back. elevated on clear plexiglass platforms, lit via raised flooring the item takes center stage surrounded with motifs of travel. a photo exhibition entitled ‘around the world’ highlights the theme which features the seat positioned in ten locations on five continents, showcasing its famous transparent polycarbonate material.

since its inception in 2002, the seat has sold 1.5 million pieces, making it the most widely purchased ‘original design’ chair in the world. its formally reduced and clear form is the result of a single injected polycarbonate mould which has made kartell a leader in the production of transparent design furnishings. philippe starck was in attendance for the occasion and talked to an intimate group of journalists about the evolution of the design and the strangest place he has seen his louis ghost. 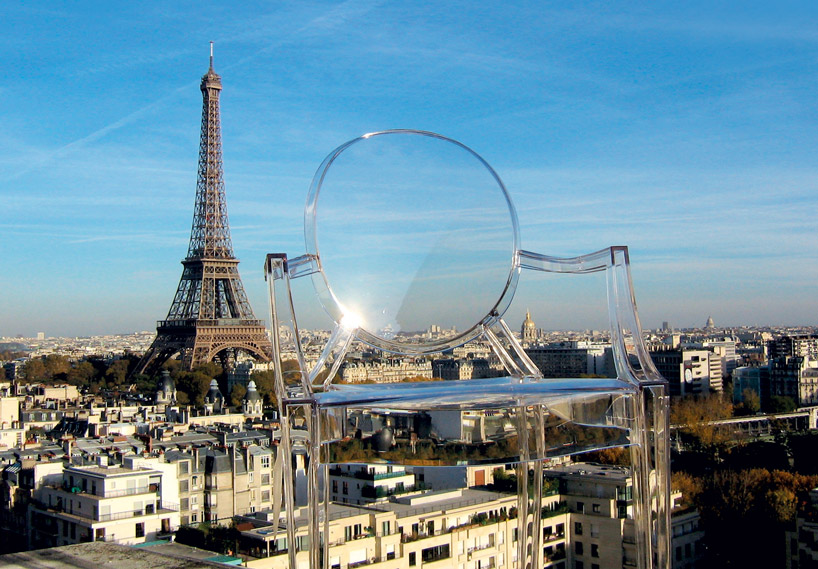 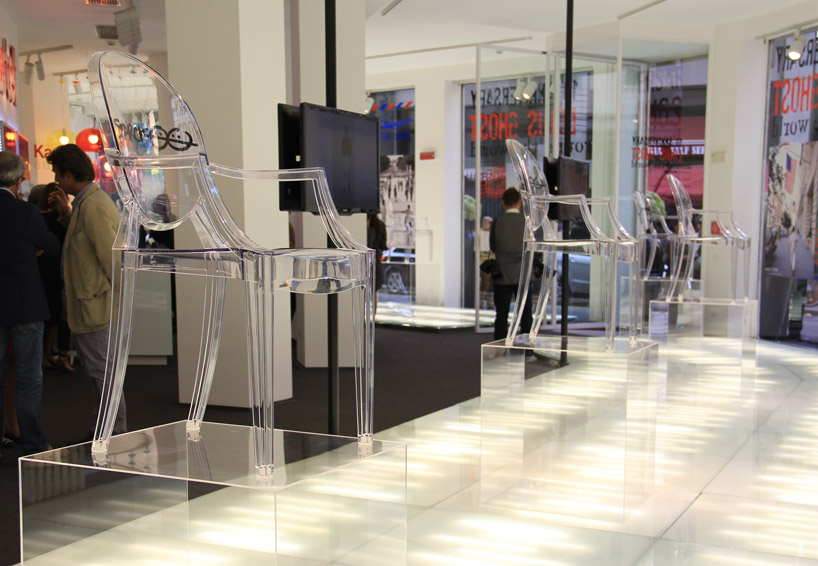 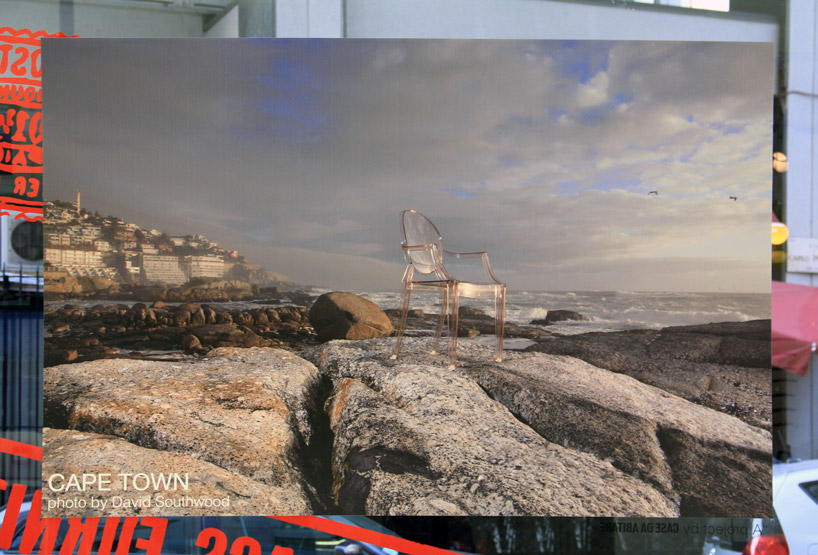 exhibition of photos include the louis ghost chair by the rocky shore of cape town, south africa 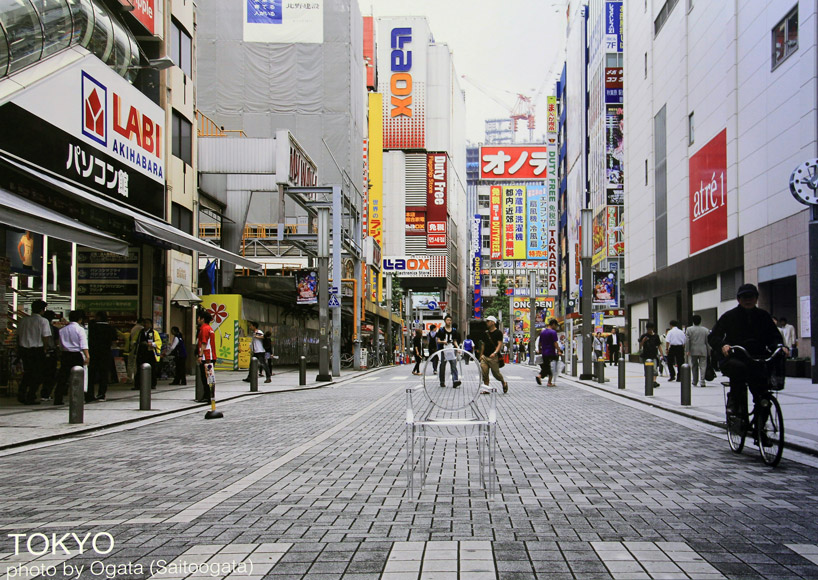 louis ghost chair positioned in the streets of tokyo, japan 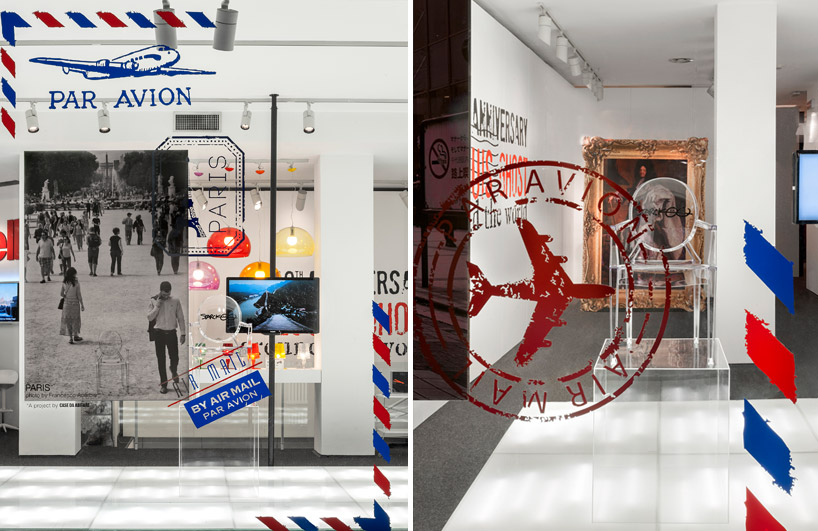 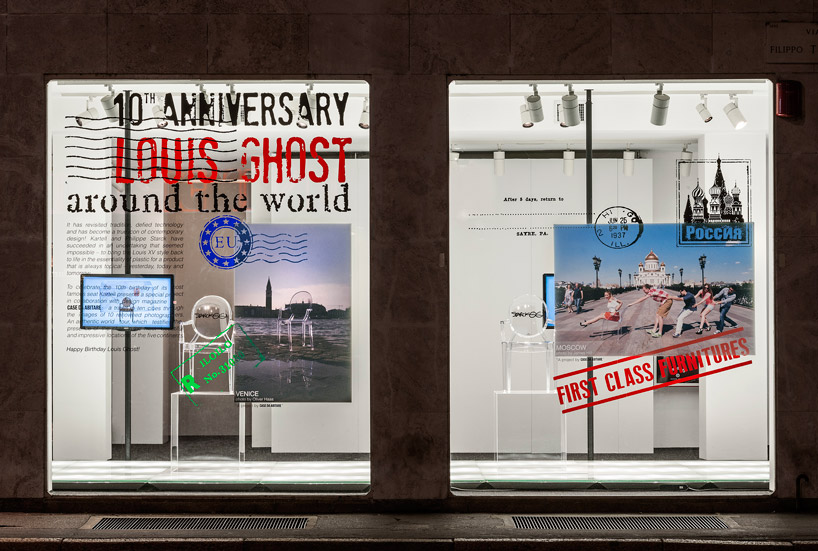 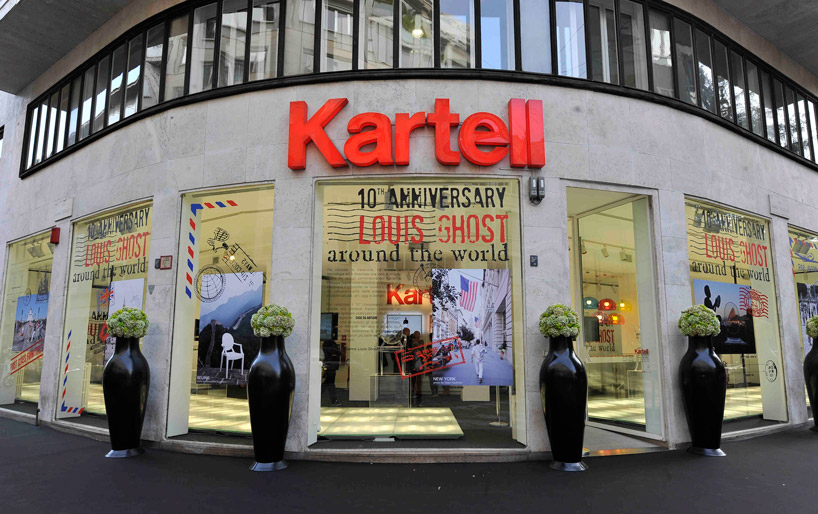 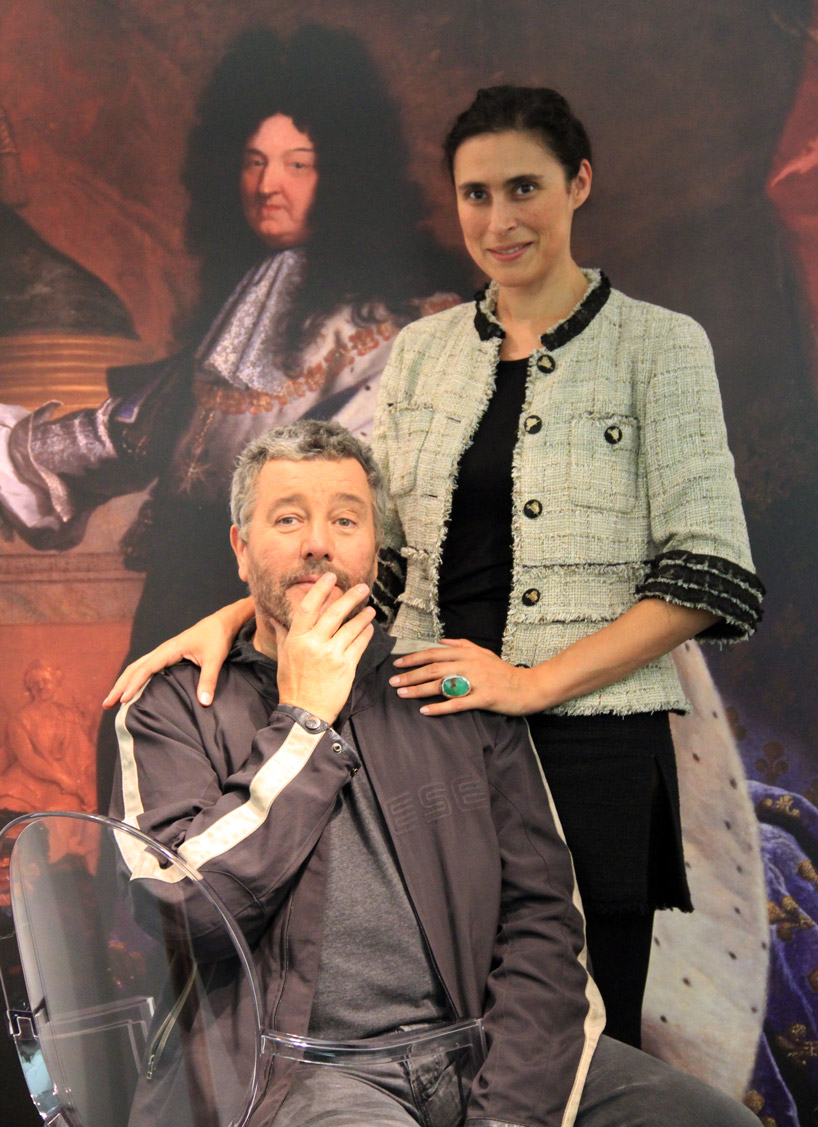