‘NAP’ developed by danish designer kasper salto for fritz hansen, is a functional chair focused on well being and comfort.  the new chair design not only fits into fritz hansen’s range of furniture icons, but also seeks to meet the demands of modern lifestyle and business. the name of the chair stands for normal, active and passive and is a reflection of salto’s personal attitude. normal means sitting up straight, all the way back into the seat. active is when we are leaning forward to listen or speak, eat or work at a table. passive means leaning back and relaxing. 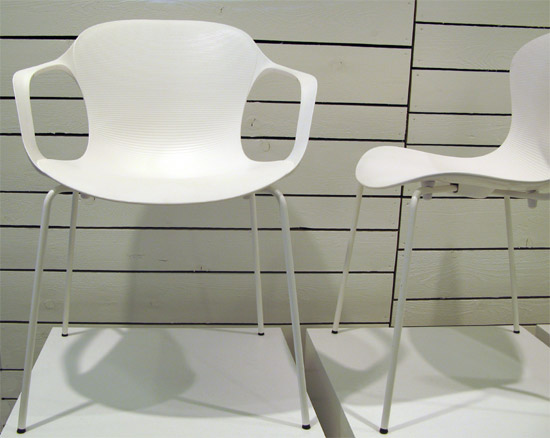 ‘NAP’ is currently on show for milan design week 2010 at fritz hansen showroom. 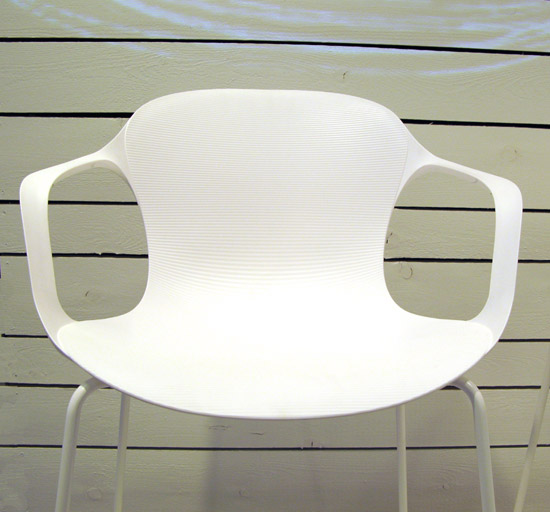 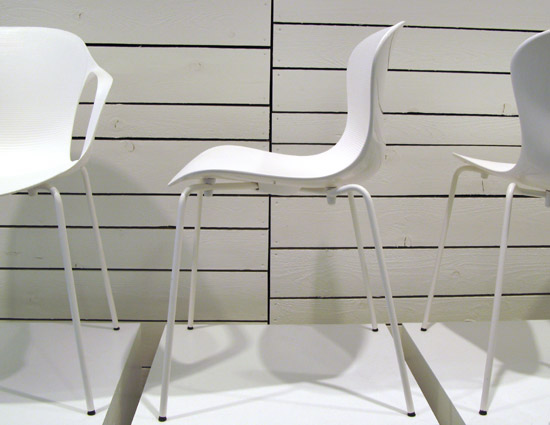 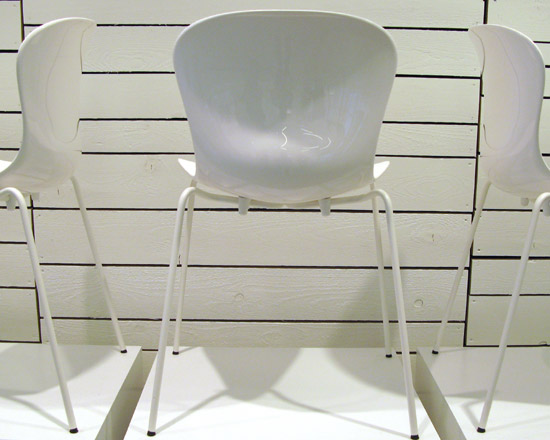 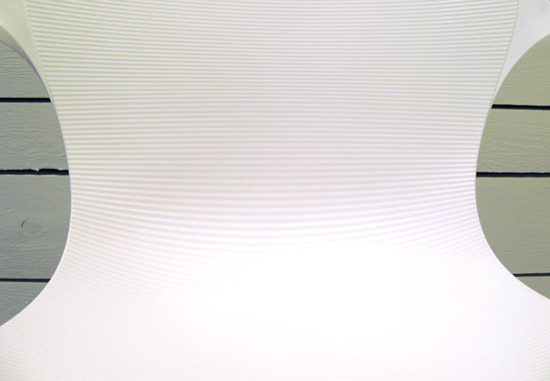 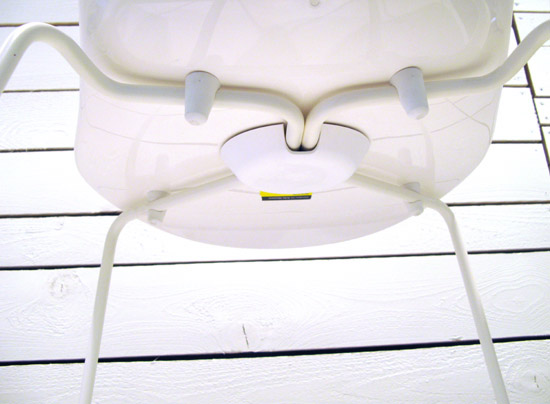 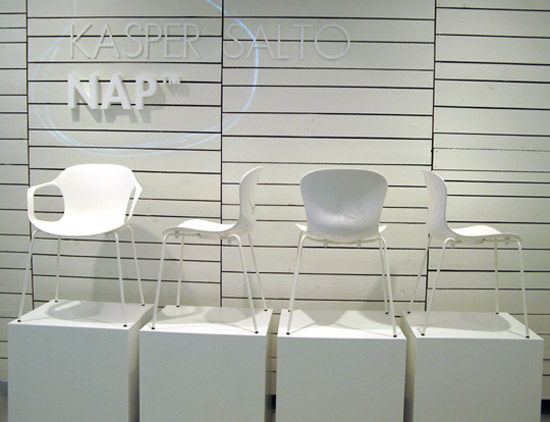 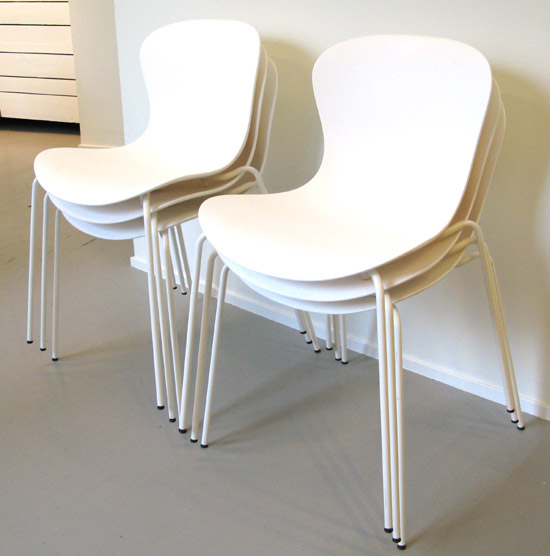 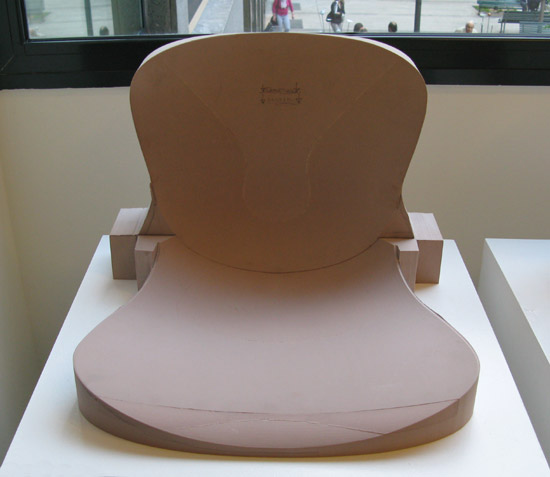 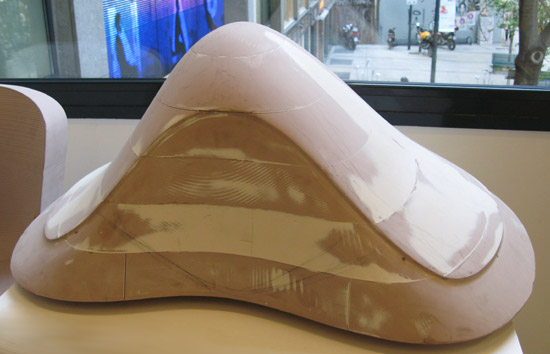 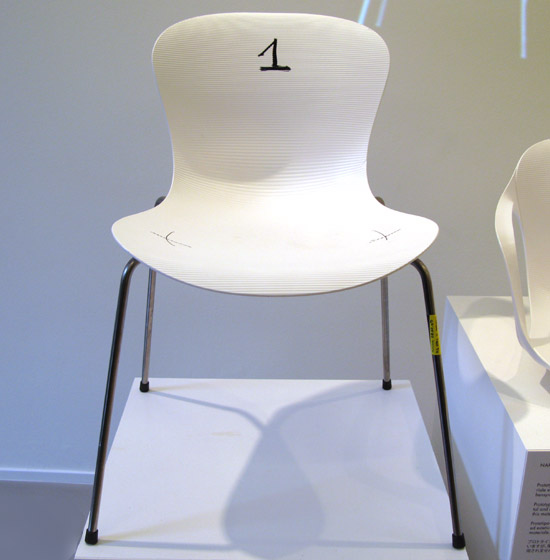 prototype made of pure nylon (polyamide-PA6) chosen to be the final material. with this material the desired appearance and the correct mechanical properties are achieved. image © designboom 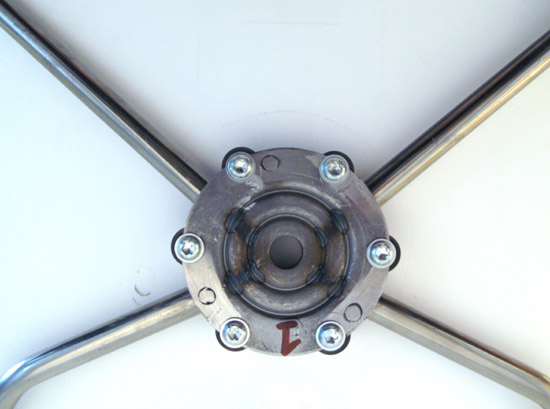 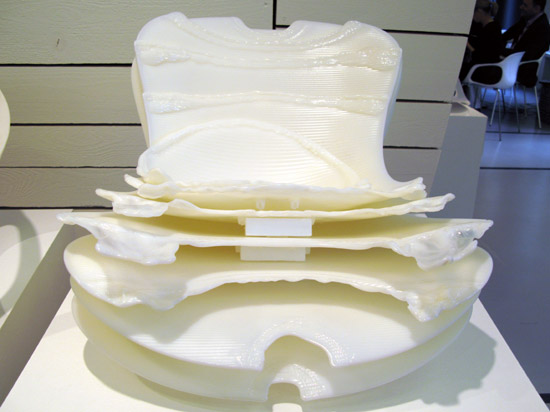 shortshots, test whether the tool is filled up properly, clarification of how the plastic is working in the final casting mould. image © designboom 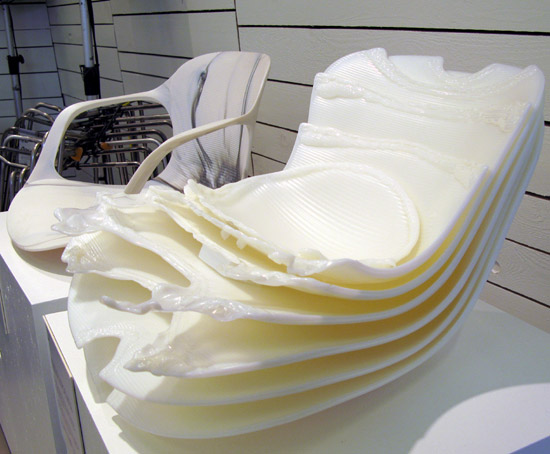 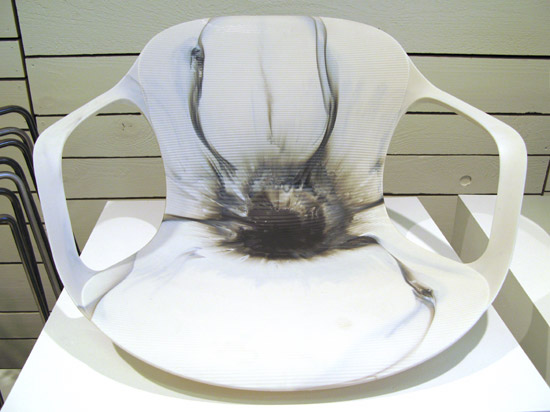 colour shift, test of how the plastic flows in the mould and where confluences are formed image © designboom 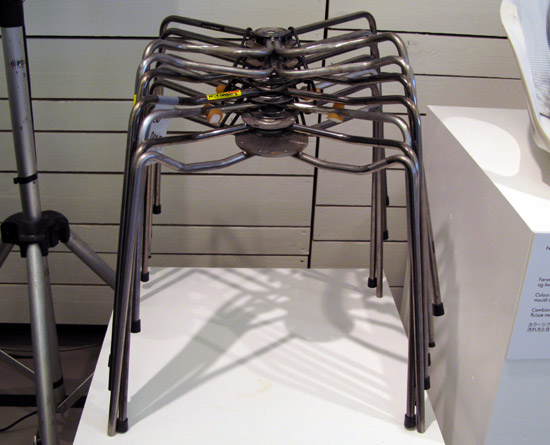 various prototype bases made of steel. the development of the base which was changed during the process in order to optimize rigidity, stacking ability and strength during hard use is showcased here. image © designboom 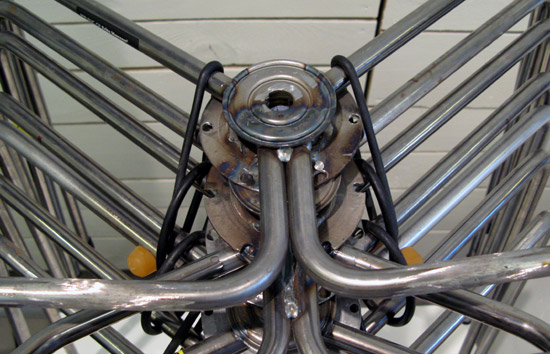 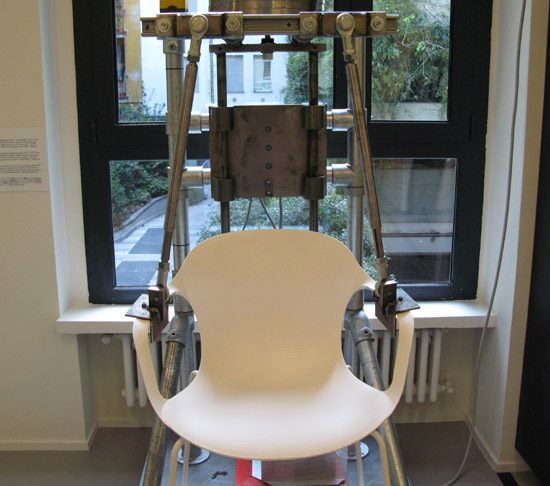 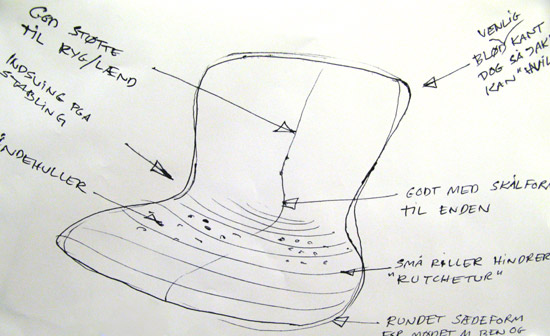 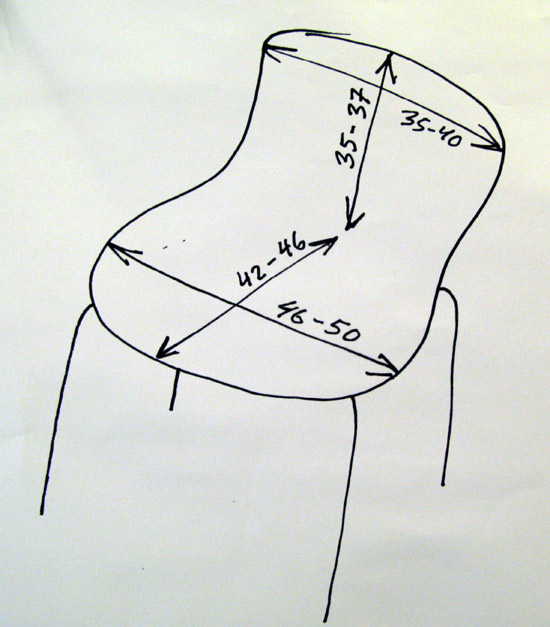 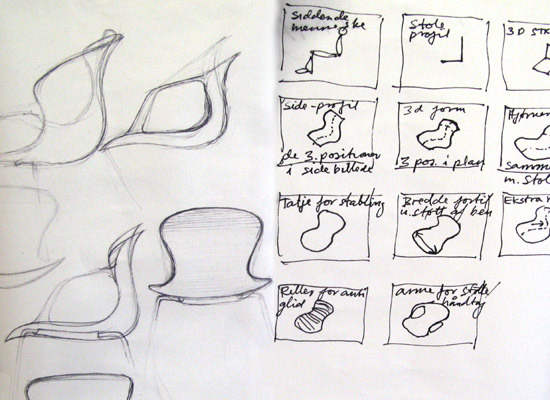