‘the concept for the design bar reflects my experiences of recent years, during which I have spent much time working and living in different cultures. my goal has been to create an environment that draws on these global impressions, rather than telling a linear story. I like visitors to be able to come here for a break from the hustle and bustle of the fair. they become part of this stimulating environment, which plays with ones perceptions of private and public space.’ – katrin greiling 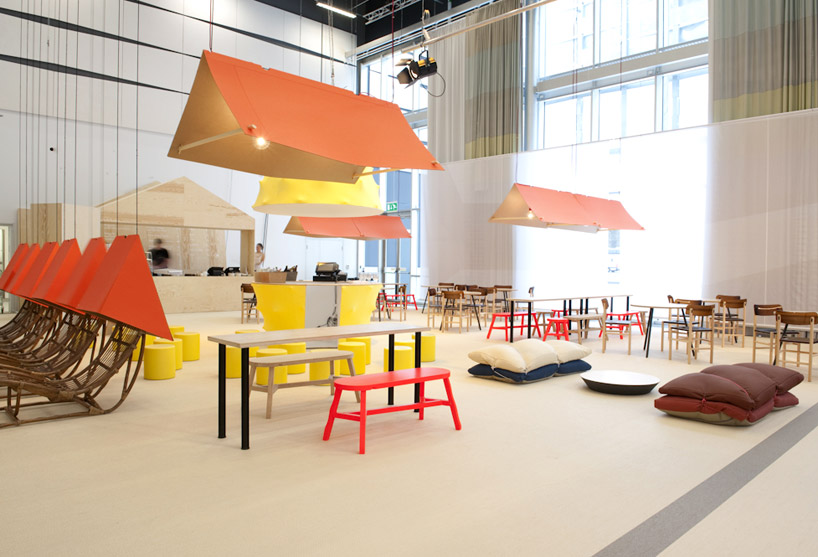 back fresh in sweden after spending three years in dubai, these years katrin spent in the middle east have played a role in her design of the bar space with influences derived from the culture which has a huge divergence between the public and private sphere. 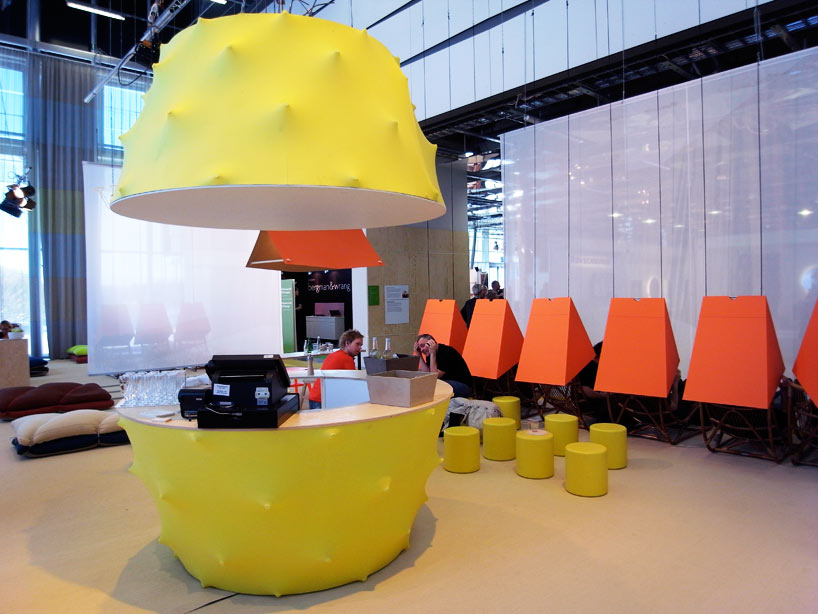 the area doesn’t really follow a particular linear narrative. instead the 320 m2 space can be seen as a reference to her cultural influences, global experiences and impressions, along with a new appreciation of ancient european cities and their well-known architectural archetypes.  ‘from a narrative perspective I am creating an accessible landscape that calls to mind the genuine european, the old town, but which also conjures up an artistic idiom characterized by cultural diversity that harks back to my time in the middle east,’ greiling explains. 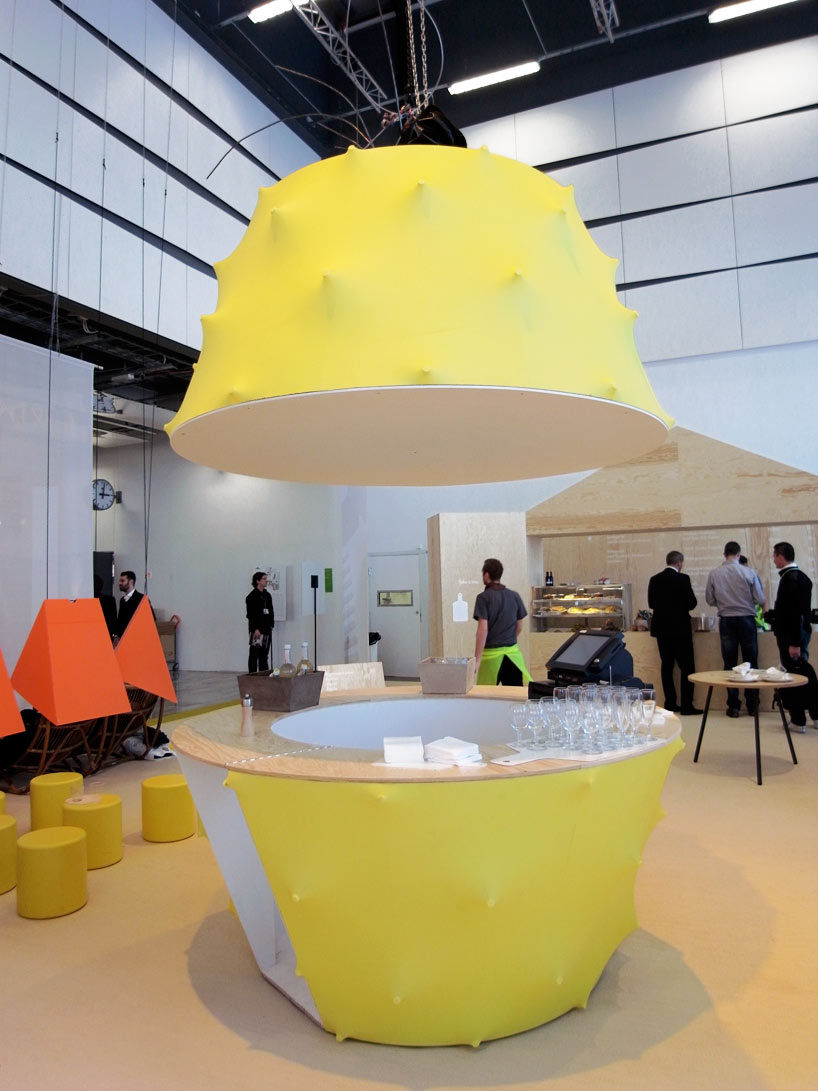 the lounging and meeting space features a bar whose form is fashioned off the shape of a pineapple. nylon covering a plywood structure of protruding edges creates the ‘prickly’ surface. 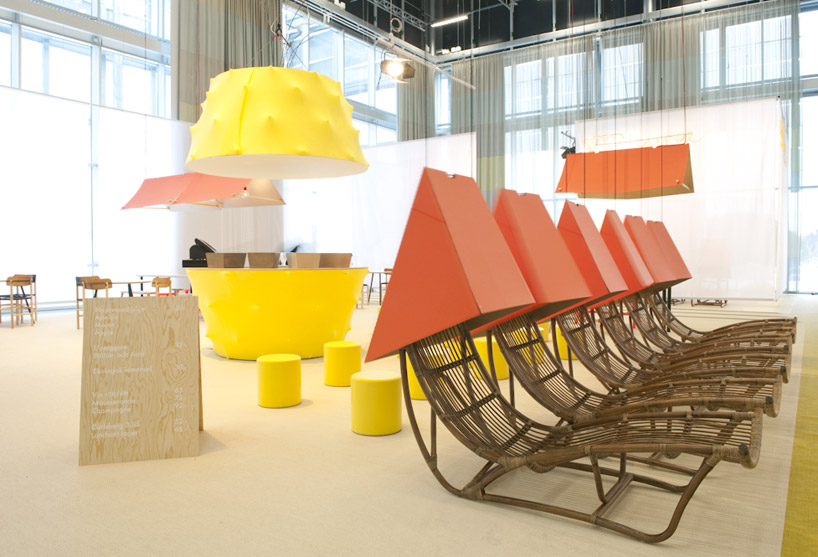 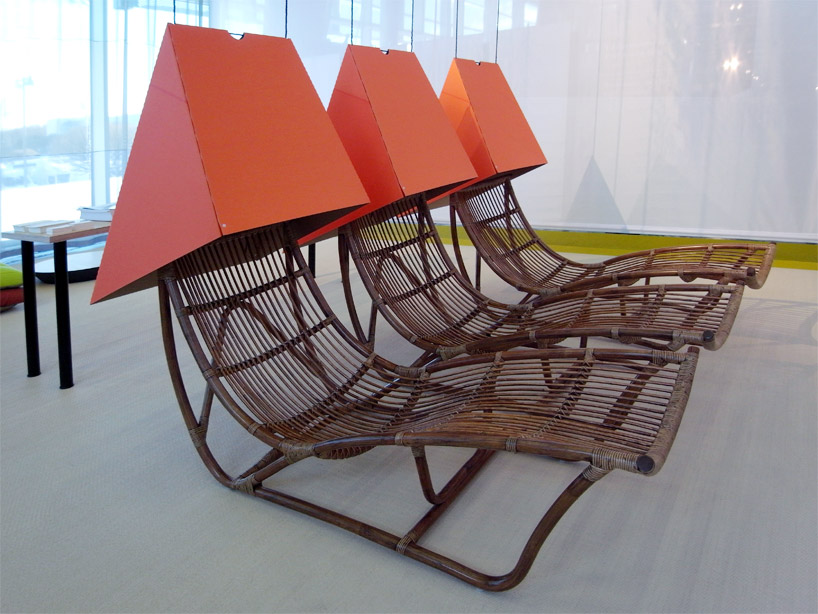 with her design, whose artistic idiom is based on the figurative, the decorative and typical nordic minimalism katrin says, ‘I wanted to challenge our concept of private and public and how we react to space and status. I have played around with perception and illusions and a new way of defining the space. with a ceiling that hangs down over the table and sun chairs, for example I created a private feel without the need for walls to divide the space.’ 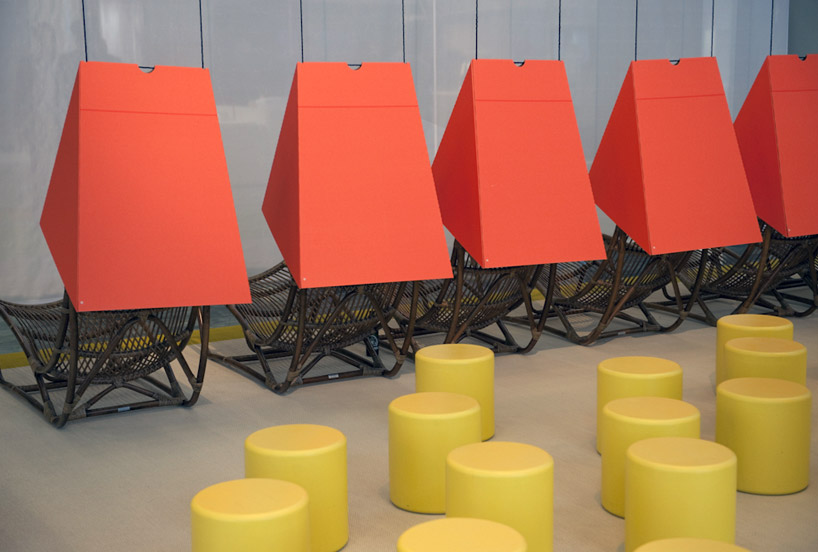 throughout, the presence of cardboard and plywood are apparent. over a set of sun lounging chairs, katrin has hung cardboard ‘hoods’ as a way of creating privacy in the openly public area. 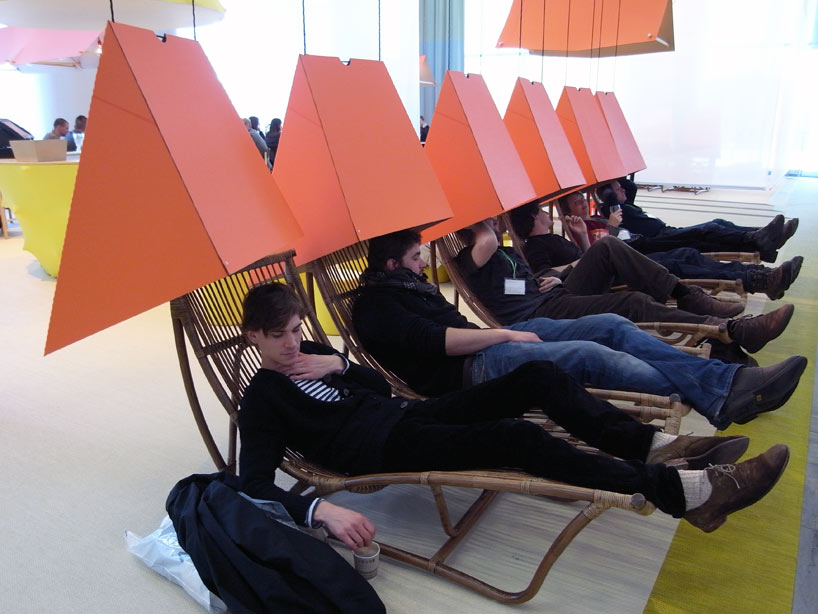 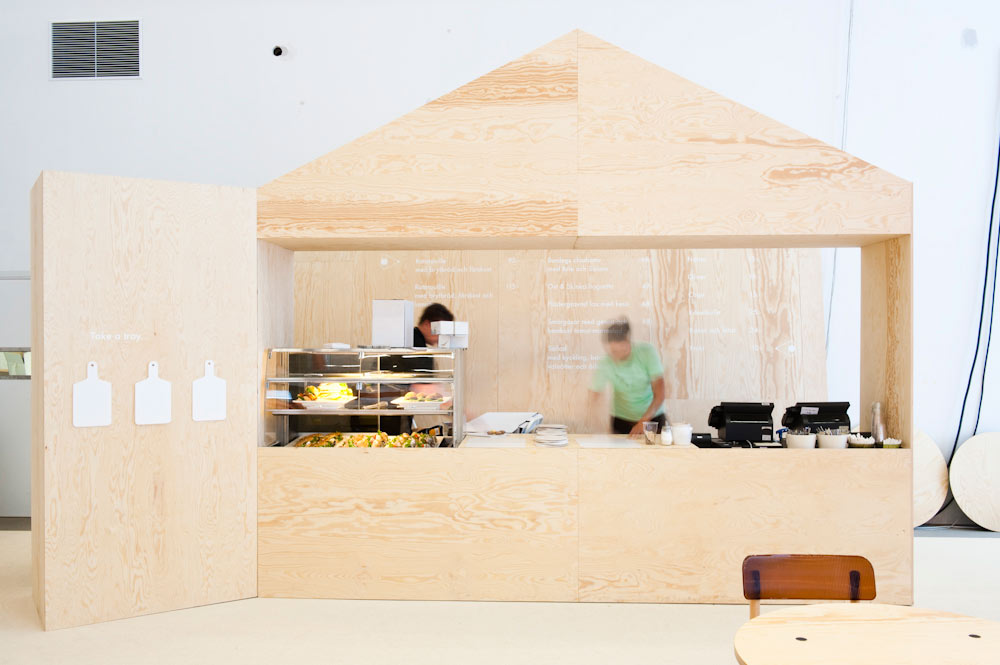 in the design bar she has devoted as much energy into the menu as she has into the decor. ‘the presentation of the food is important for creating a strong and above all appetizing overall impression,‘ she says. 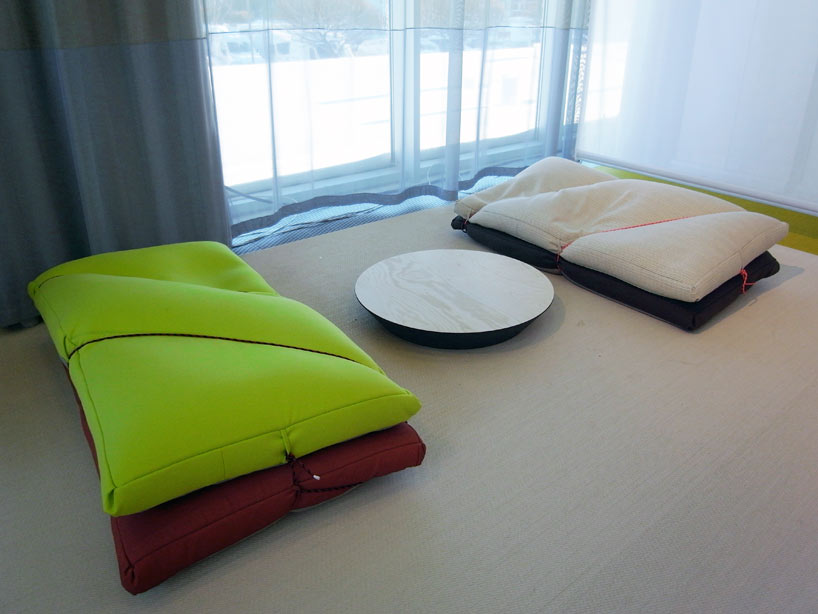 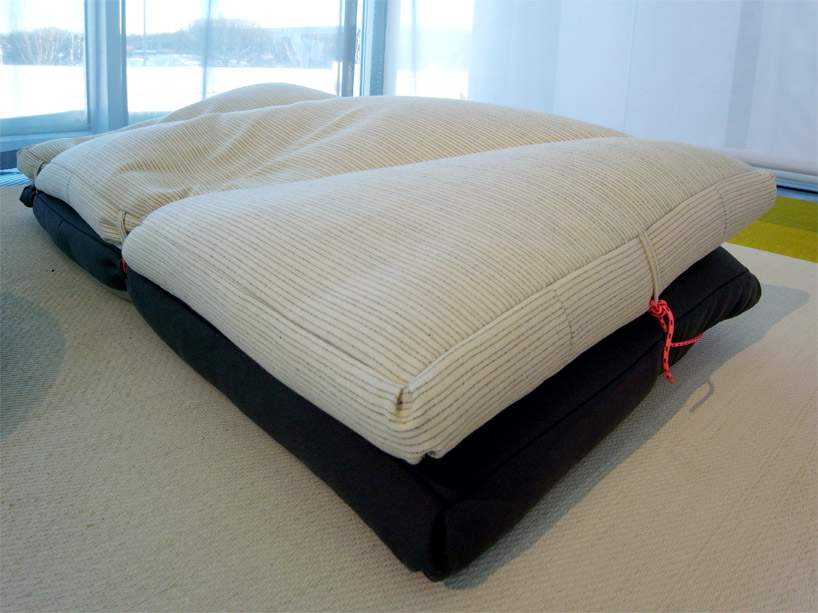 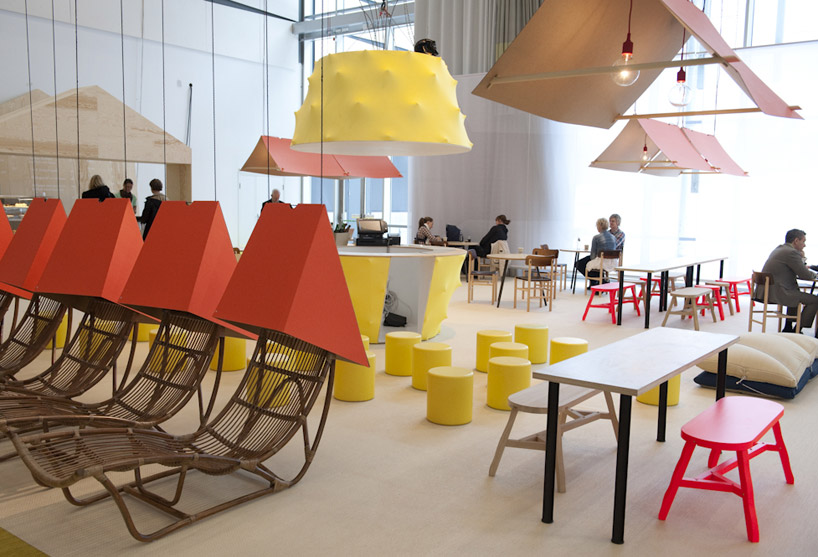 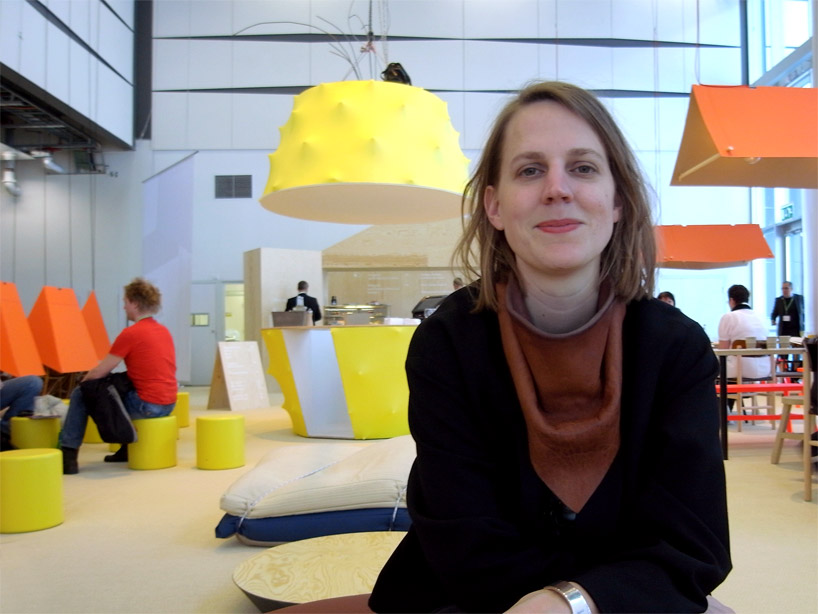 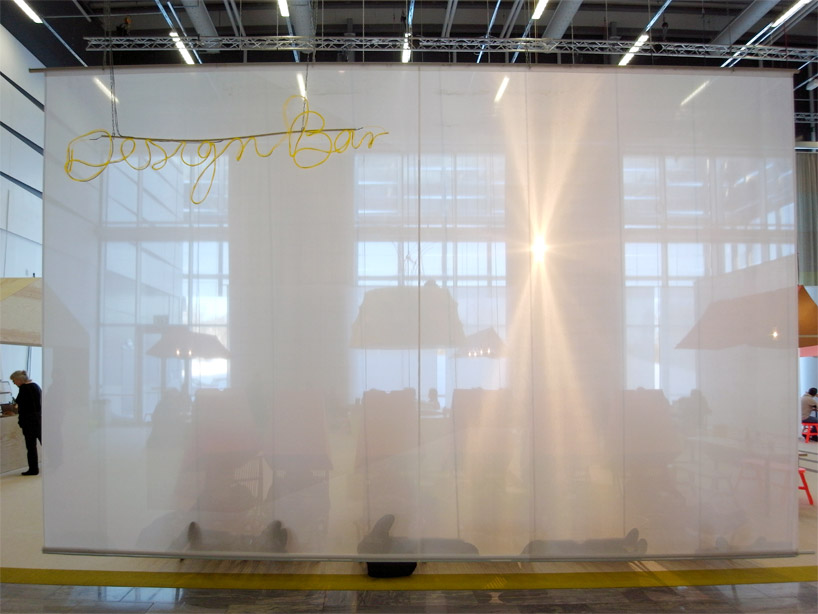 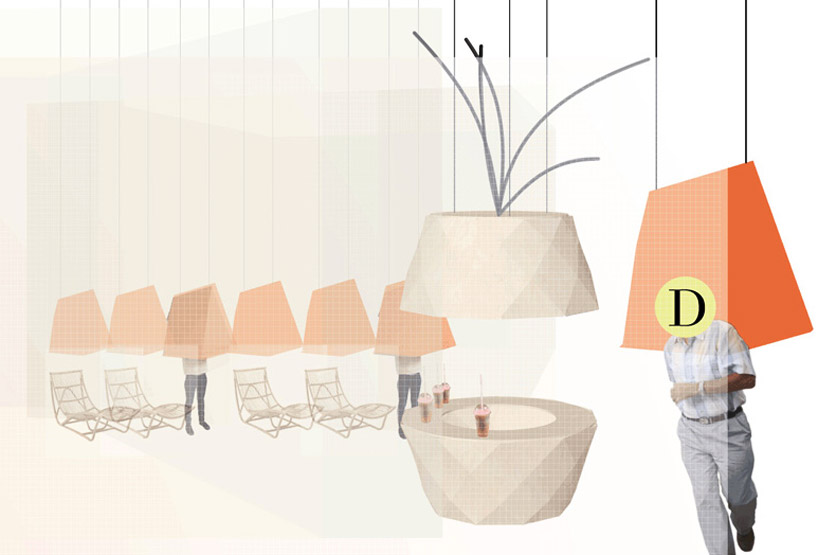 see our article on the design bar at the 2010 stockholm furniture fair created by jonas wagell.