brooklyn-based artist KAWS has given the MTV video music awards trophy a redesign for the first time in its 30 year history. the original 13 inch (33 cm.) tall chrome statue was conceived by manhattan design in the early 1980s and is based on the image of celebrated american astronaut buzz aldrin. for this one-year-only event, the iconic MTV moonman will take on the characteristics typical to KAWS’ style. the artist is best known for his fine art merchandise — series of vinyl toys and memorabilia produced in extremely limited quantities and highly sought out by collectors — as well as his collaborations with brand giants nike and marc jacobs. MTV executives thought the shift was an appropriate way to mark the change in venue for this summer’s award show at the newly-built barclays center in brooklyn, new york. KAWS will also design the stage for the august 25th show which will include an 18-meter (60 foot) inflatable version of his limited-edition moonman. 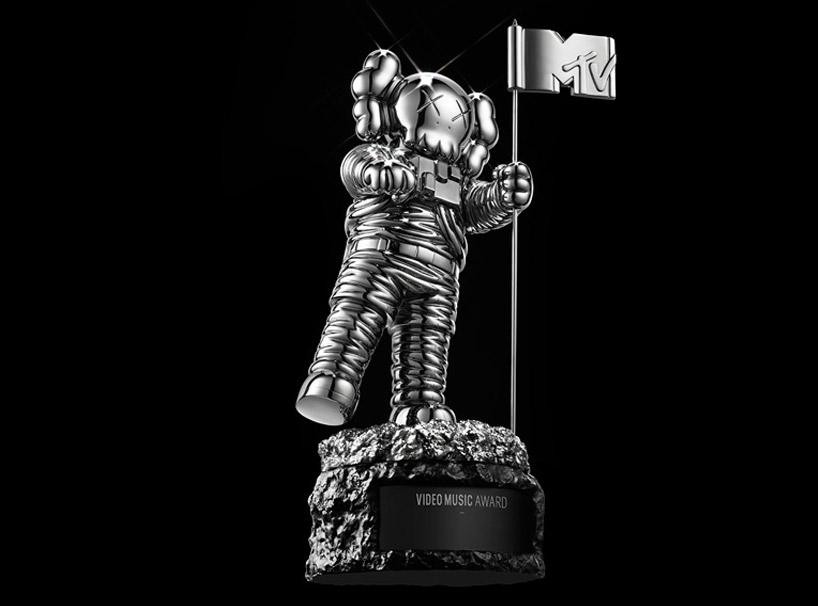 ‘the connection to Brooklyn, it felt like it was the perfect time to reinvent an iconic image. consistent with our DNA of creative reinvention and constant reinvention, this felt like a perfect marriage.’ – stephen friedman, president of MTV 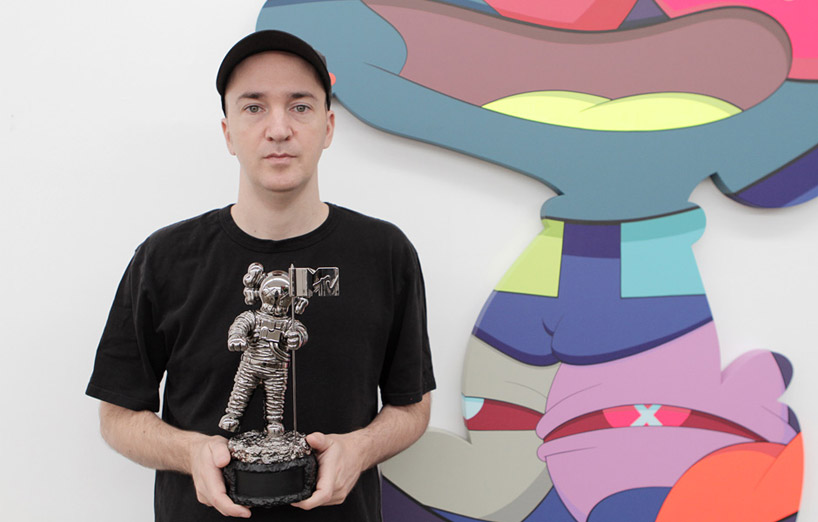 the artist and the trophy redesign
photo © MTV

‘it’s such a strong, iconic thing. everyone sees the moonman and knows right off the bat what it is. when I was first invited to do the project, I knew that I didn’t want to create something new entirely, I wanted [to do] something you see that’s immediately kaws and immediately moonman; people just get it.’ – KAWS 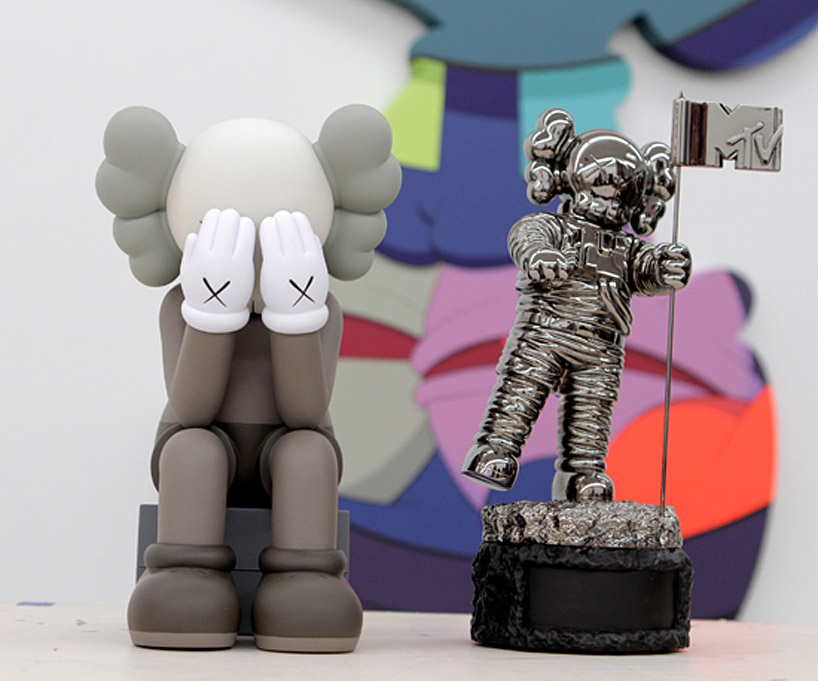 KAWS’ ‘companion (passing through)’ and the 2013 MTV moonman
photo © MTV 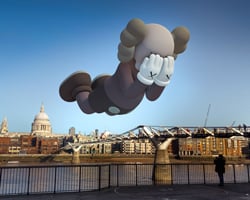 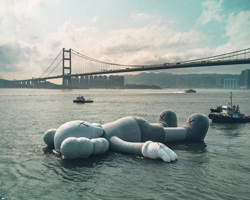 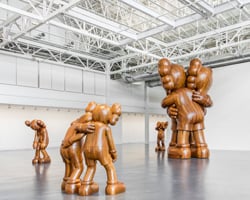 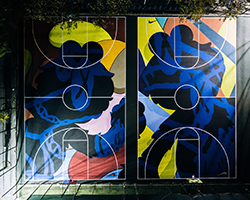