japanese born, london-based designer kazuhiro yamanaka has created ‘cielo’ for italian company pallucco. this lamp mimics light patterns seen in the sky during the approach of dusk and dawn — giving an impression of the universe being in continual activity…

kazuhiro is showing the collection of floor- and pendant lamps at milan design week 2011. the pieces use lenticular lens film to produce a fluctuating and continuously varied surface. as users move around the object, the tapered rectangular shade changes in color ranging from white to blue. the stem, simple and cylindrical in shape, is positioned at a sixty-eight degree angle to make the lamp shade visually float in the air. 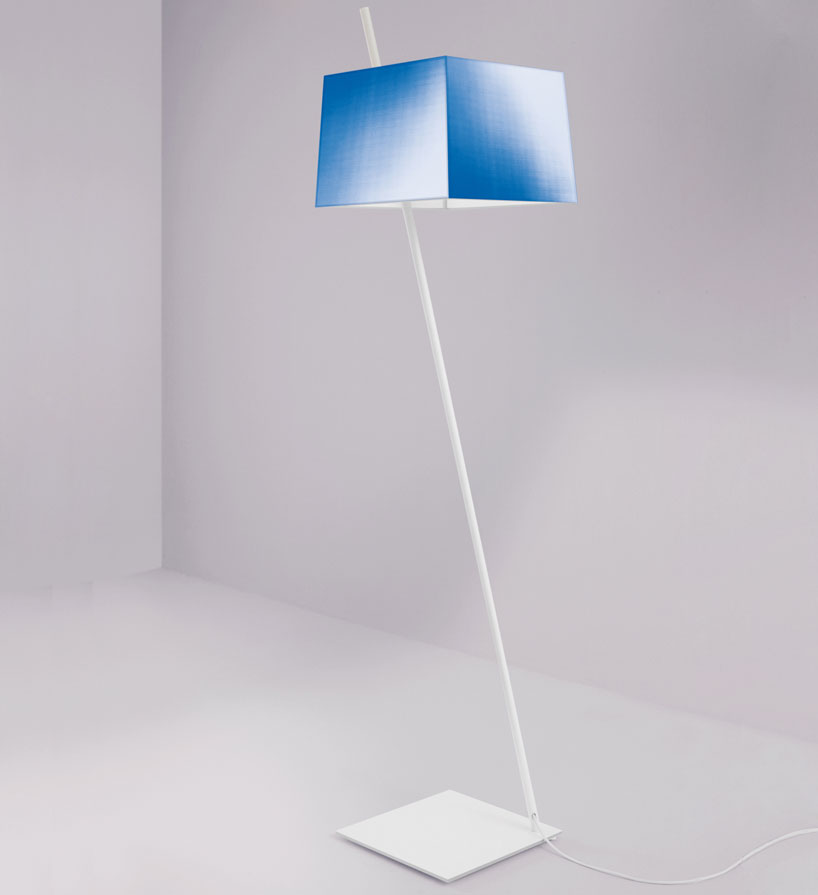 the floor lamp has a sloping stand, which creates the impression that the lamp itself is floating suspended in the air. 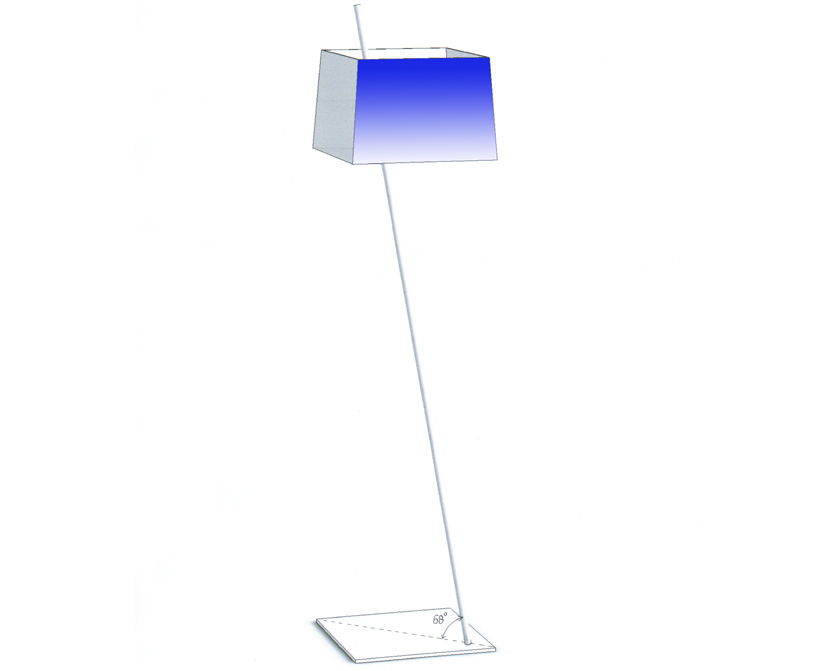 the lampshade in lenticular material creates transition effects and the available colours-compositions are from blue (pantone 072) to white and from dark grey (pantone 426) to white. 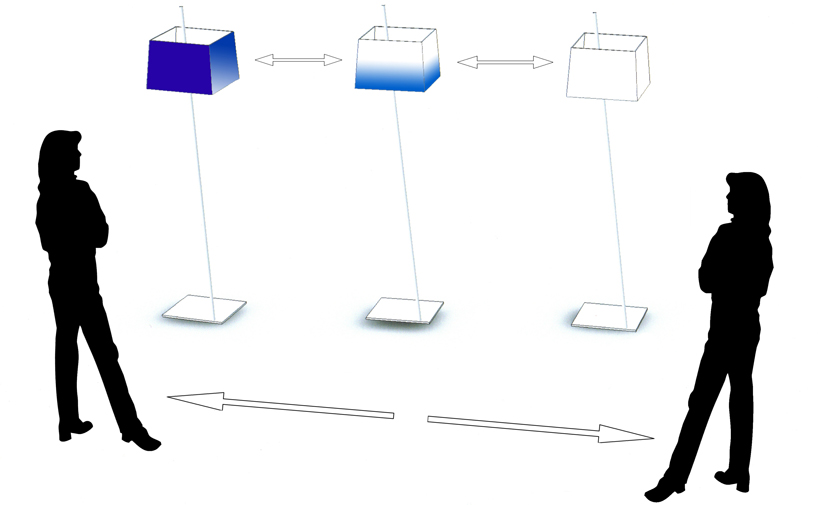 a lenticular plastic sheet (h3dc system print) is used to explore the varying hues on the lampshade surface, which changes colour according to the angle at which you look at it. 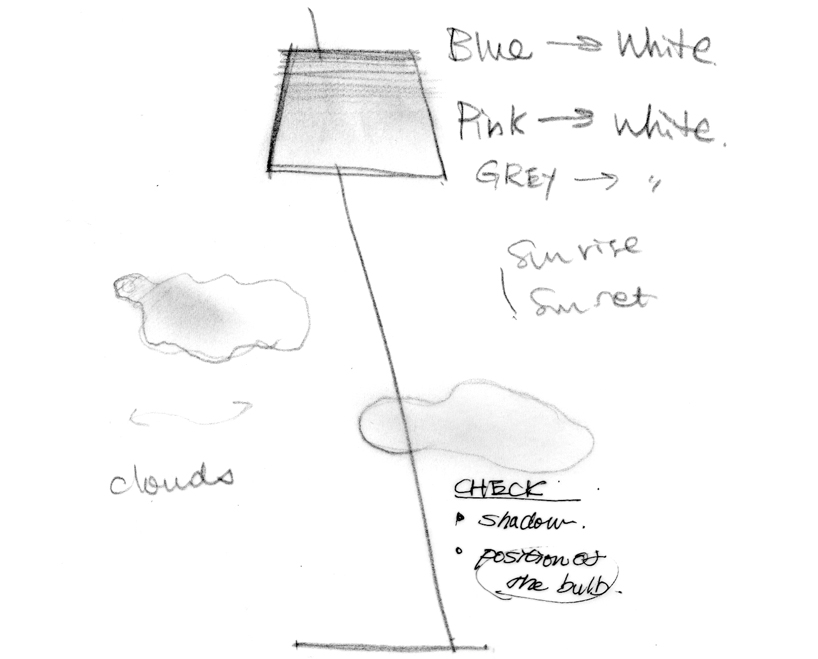 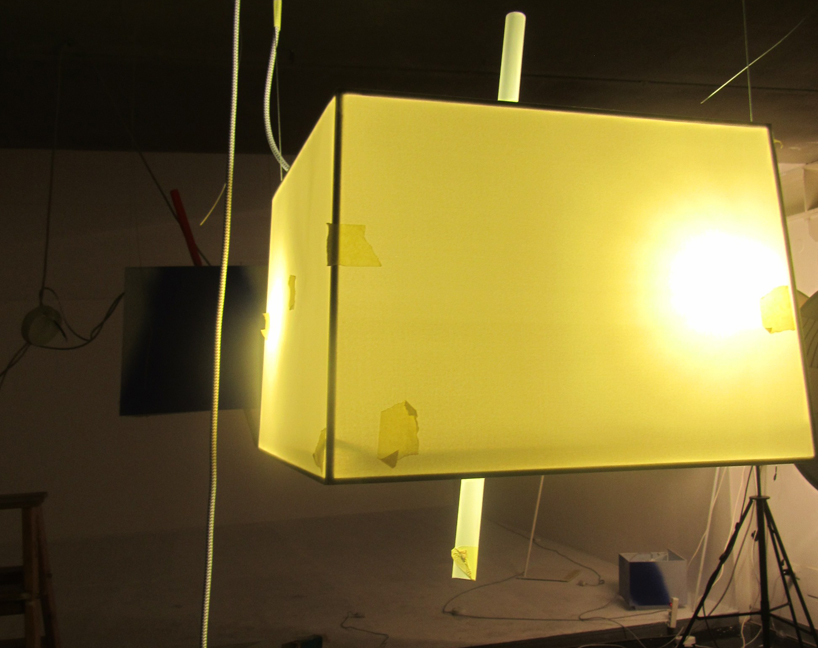 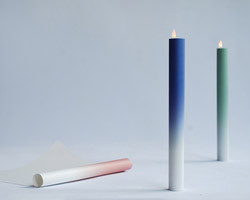 May 22, 2019
kazuhiro yamanaka rolls A4 paper to create a flickering LED candle 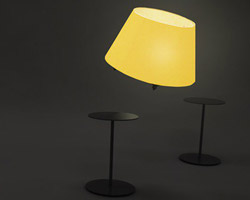 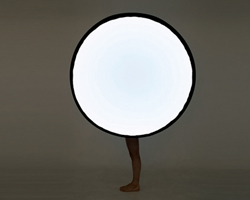