with the support of adobe creative residency and the help of structural graphics, kelli anderson created ‘this book is a camera’. the project demonstrates how a structure of folded paper pieces can tap into the fundamental properties of light to produce a photograph.

the camera uses the pin hole technique developed in the 1800’s, which allows the light to enter through a small opening to make contact with the black and white photo film or paper. the photo film contains light sensitive crystals which grow increasingly darker in relationship to the potency of the light to which it is exposed to. the book folds together without any additional assembly and comes with detailed instructions and a starter pack of black and white ilford photo paper. 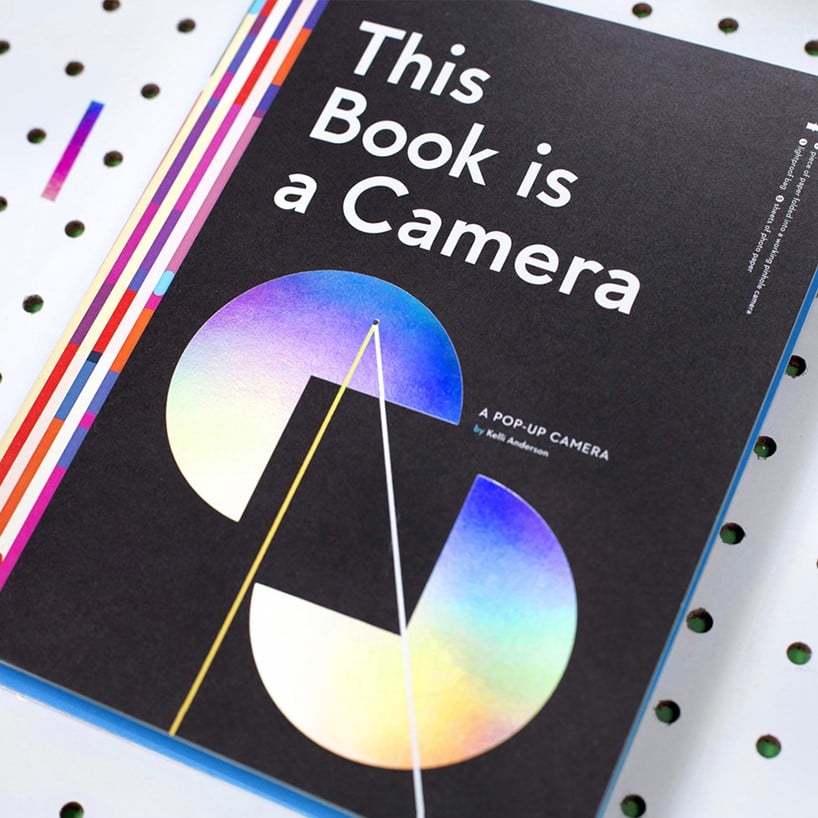 kelli anderson explains the process:. ‘I prototyped and destroyed at least 50 (cameras) of them until I found one that succeeded in accommodating easily-procurable film/paper types, yielded a book-sized book, collapsed to a not-ridiculously fat shape, resembled a camera, produced reasonably sharp photos, and didn’t cost more to produce than a reasonable sales price. none of these things automatically worked — each requirement was its own separate battle. once I had the structure worked finished, I photographed the blank dummy and photoshopped-on a design.’ 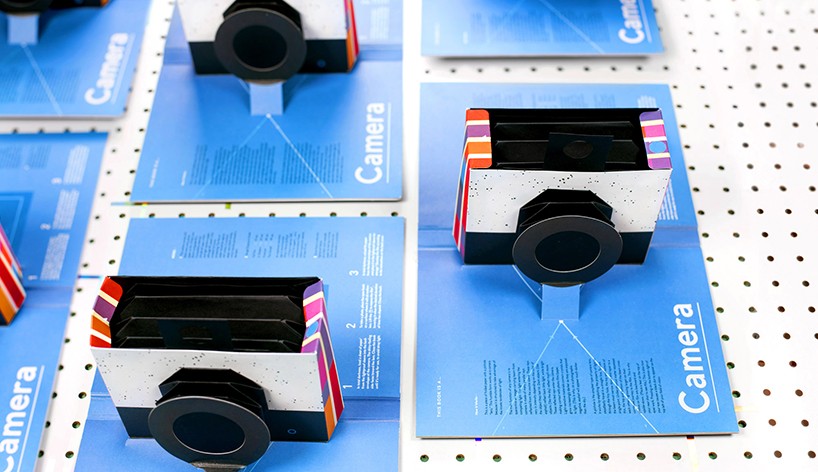 the book doesn’t need any assembly 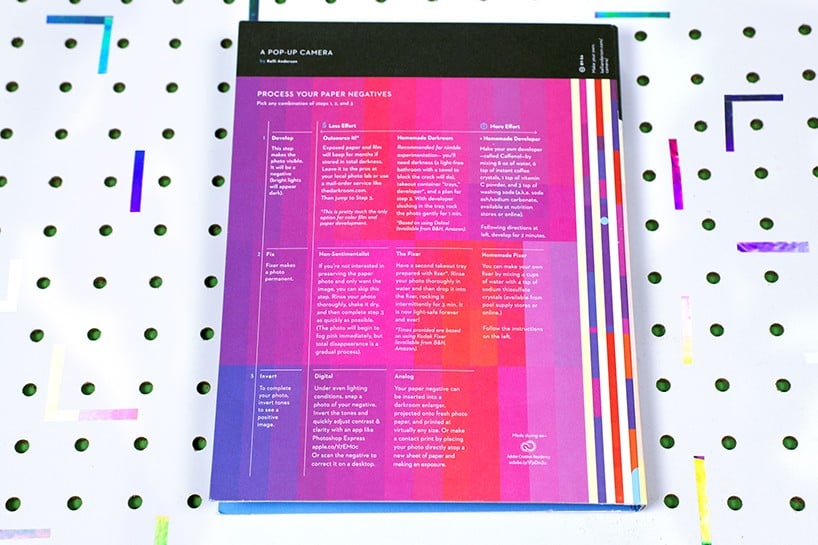 the camera comes with detailed instructions 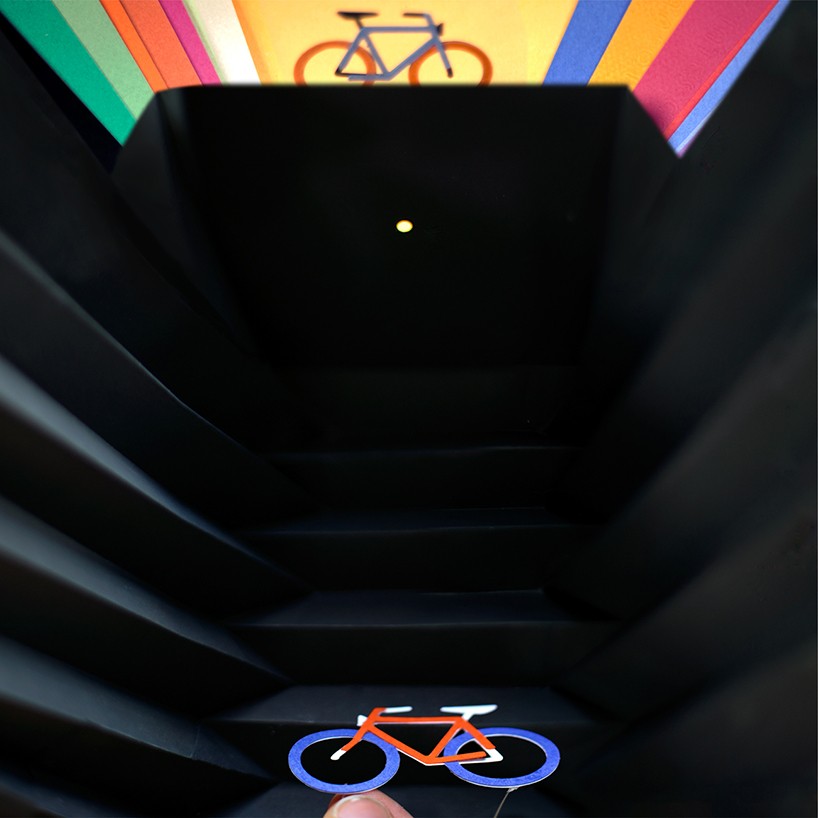 inside the pin hole camera