kenji ekuan, designer of the kikkoman soy bottle passes away at 85

suffering from a sinus syndrome, kenji ekuan passed away in a tokyo hospital on monday, february 9th at the age of 85.

ekuan graduated from the tokyo national university of fine arts and music in 1955, and went on to establish his office GK industrial design associates in 1957. in 1961, he developed the famous 150mL soy sauce bottle for kikkoman, whose popularity and practicality remains untarnished, with the idea that ‘design is a source of life enhancement‘ in mind. the condiment vessel has become a table-top staple in homes and restaurants around the world, with its easy to screw-off red cap and dishwasher safe material, making it an object that can be reused and enjoyed endlessly.

ekuan’s philosophy was that:
‘people’s views on lives, lifestyles and value are aggregated in a form of a product. industries, technologies and the economy form their power through design, and are able to beautifully delineate many aspects of our lives. design has always created a relationship between humans and things that have livened our well-being, and stimulated production by providing aspirations for a rich tomorrow.’

ekuan’s fresh aesthetic and functional sensibilities saw him play an important role in shaping japanese transportation, packaging and logodesign over the years. in 2014, kenji ekuan was awarded the prestigious premio compasso d’oro for his lifetime contribution to the design and technology sector. 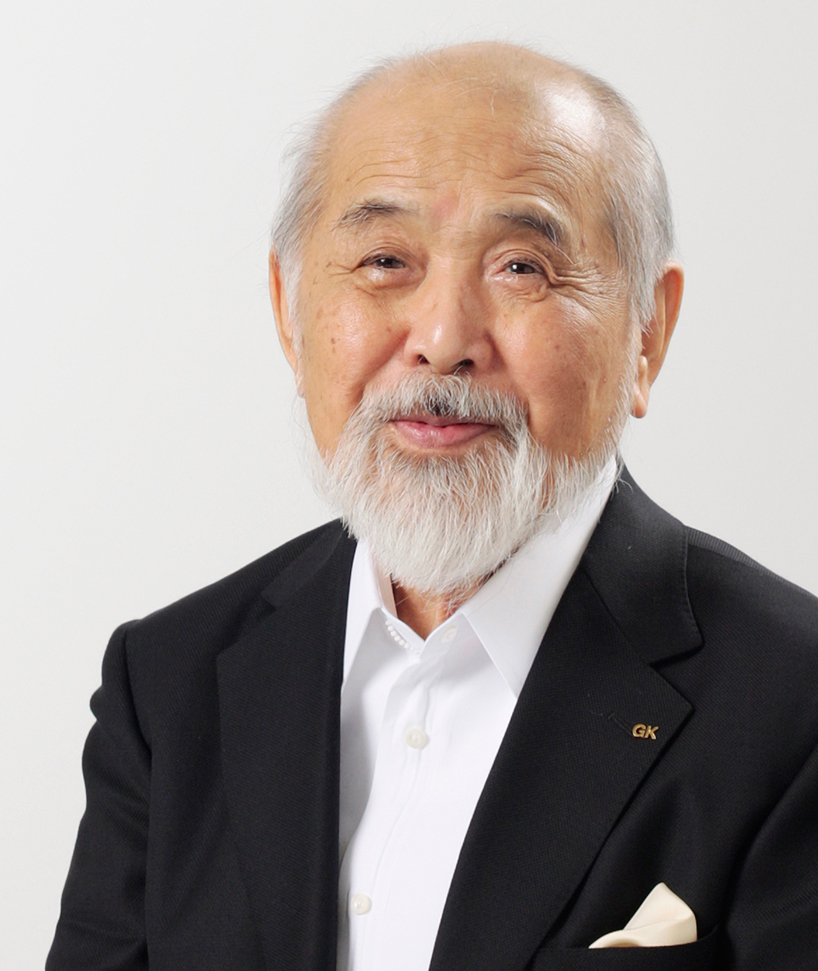