nippon design center — headed by acclaimed graphic designer kenya hara — launches a paper bento box that can be folded into a compact size before being thrown away. the ‘folding—easy-disposal bento box’ has been developed as part of the company’s CYQL PROJECT, which is offering a fresh look at the objects we use and how we dispose of them. rather than trying to eliminate packaging entirely, which can seem almost impossible to do, nippon design center presents an elegant and functional solution that hopes to remove the guilt of putting bulky single-use plastic containers in the bin. 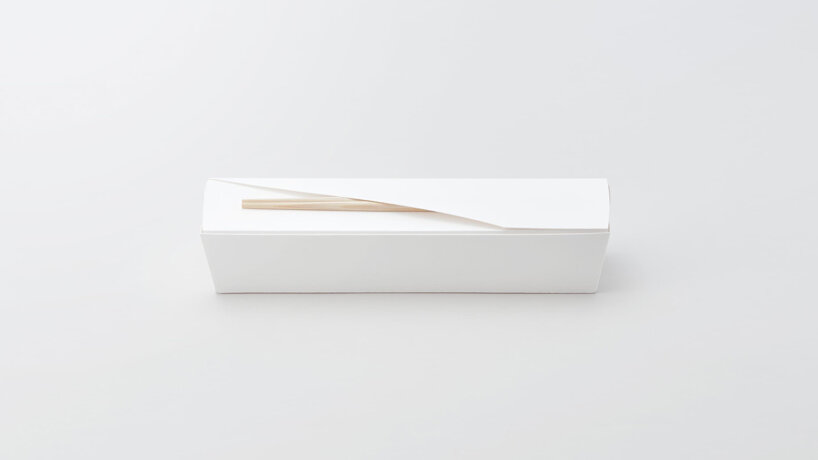 marking the first product of nippon design center‘s CYQL PROJECT, the paper bento box comes at a time when food takeout and deliveries are more popular than ever due to the ongoing covid health pandemic. the boxes are made from functional paperboard that provides strong resistance to water and grease. the design is also formed from one single sheet of paper, meaning your delicious food inside won’t leak through the seams. 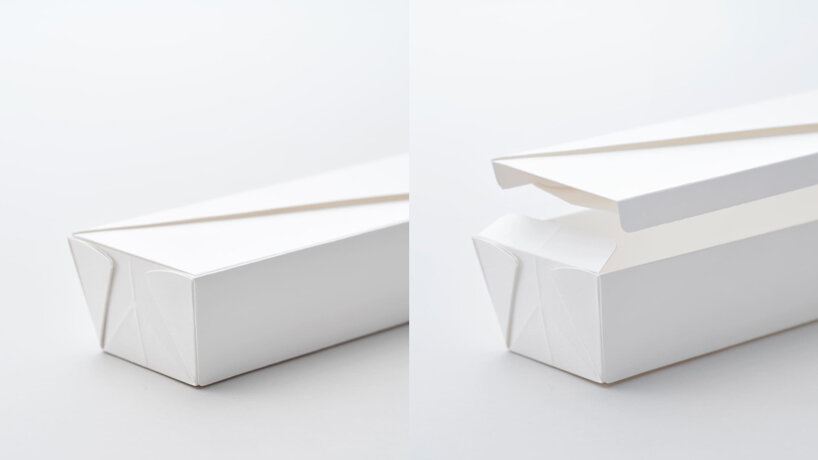 once you’re done with the box, fold lines on the packaging allow it to be easily folded down into a size small enough to slip inside the lid, which doubles as a case. if you’re using disposable wooden chopsticks, they can also be placed inside a specially designed pocket. when folded down, the bento box can be thrown in the bin with no need to separate different materials.

as well as being functional and easy to use, nippon design center created the packaging to be both satisfying to look at and to touch. the design is clean, white and minimal while the act of folding the box down offers a gratifying tactile experience. the patent-pending ‘folding—easy-disposal bento box’ has been developed by nippon design center in collaboration with takeo and kenichi chida of kyoshin printing. 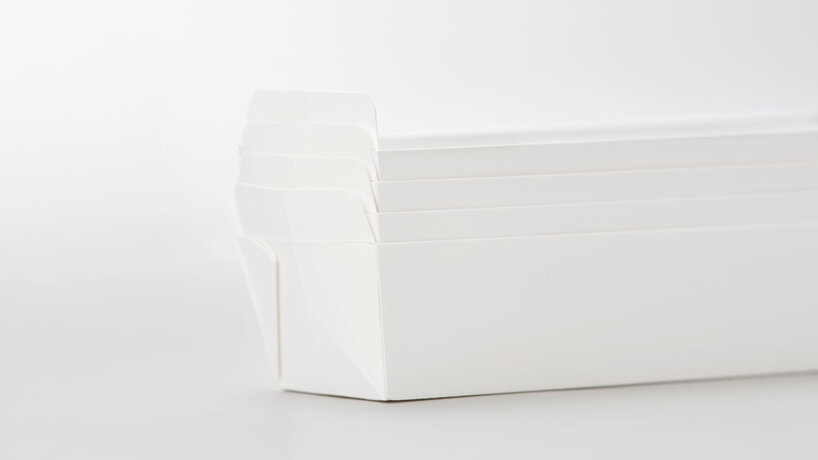 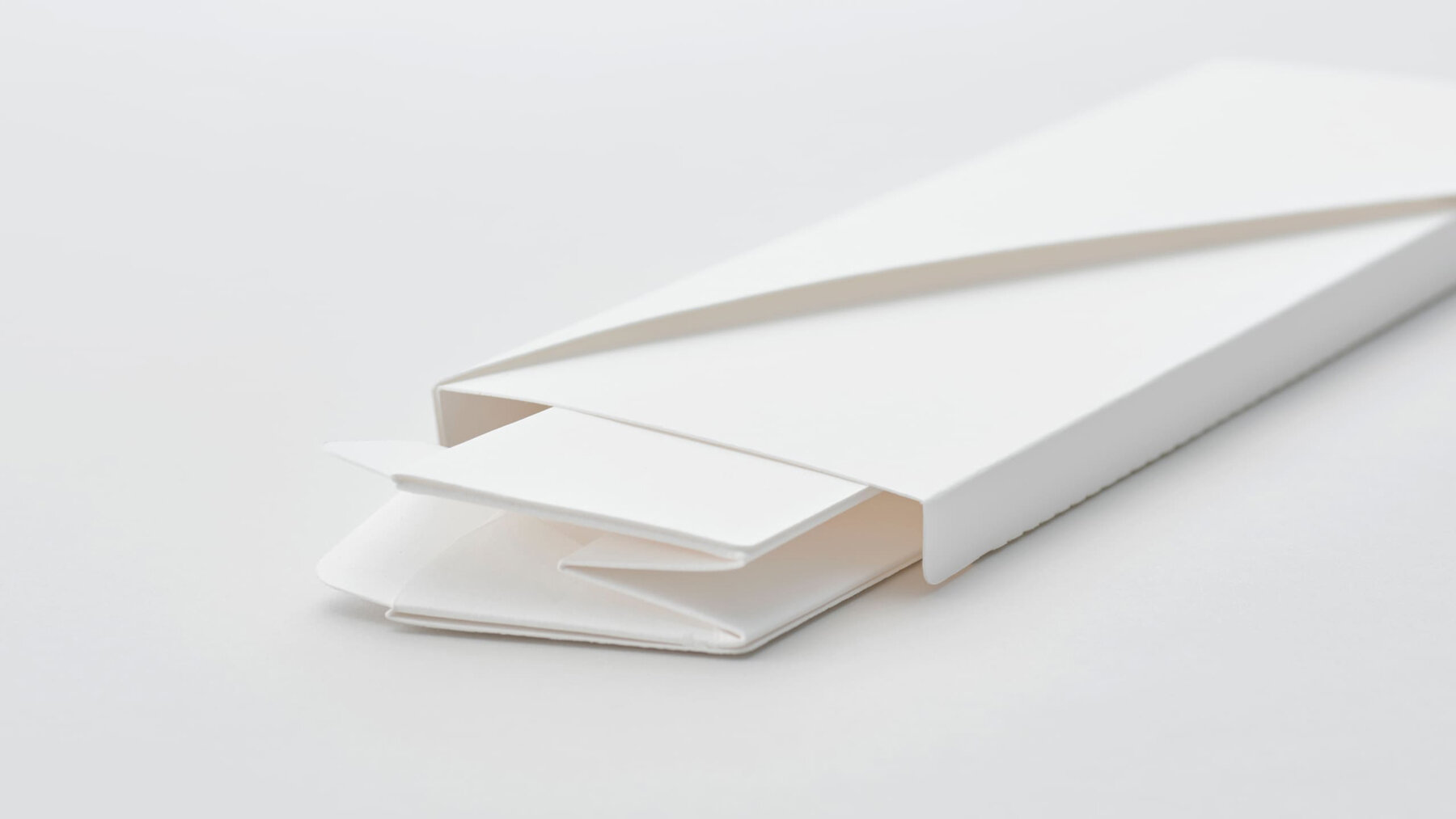 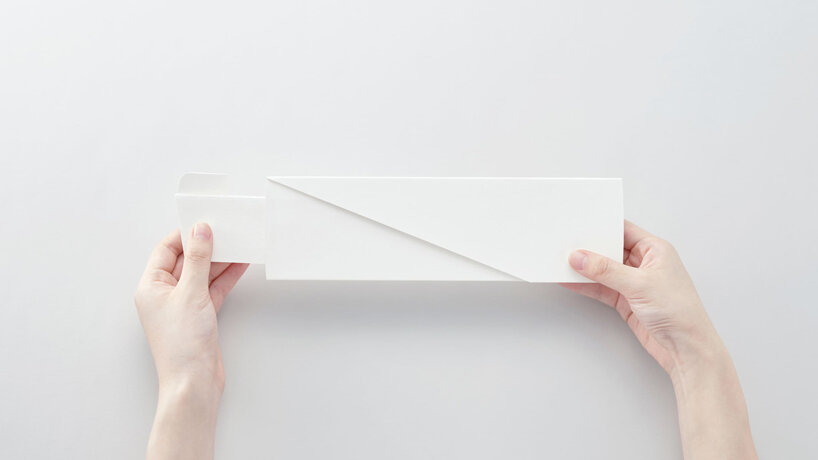 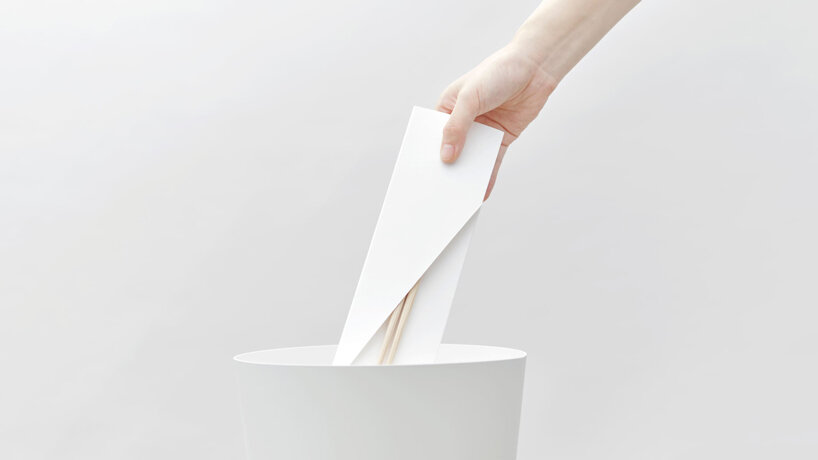 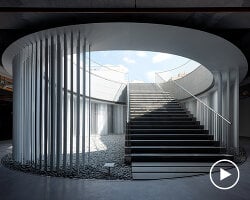 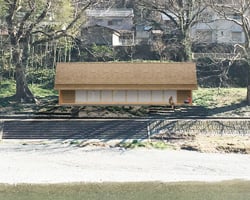