‘KI·RA and the edible tower (of containers)’ is a collection of bakeware and utensils created by greek designer kostantia manthou. the items help with the production, transportation and consumption of outdoor meals, with the food itself becoming an edible container. the project arose out of cultural traditions that see a number of collective and communal gatherings, where food is brought to a location to share among others. the kit consists of a recipe, a ceramic casserole dish, a dough comb and a tablecloth.

‘in the event of a social gathering such as a picnic, a greek would most probably bring bread and a series of small and particular dishes.’ says kostantia manthou. 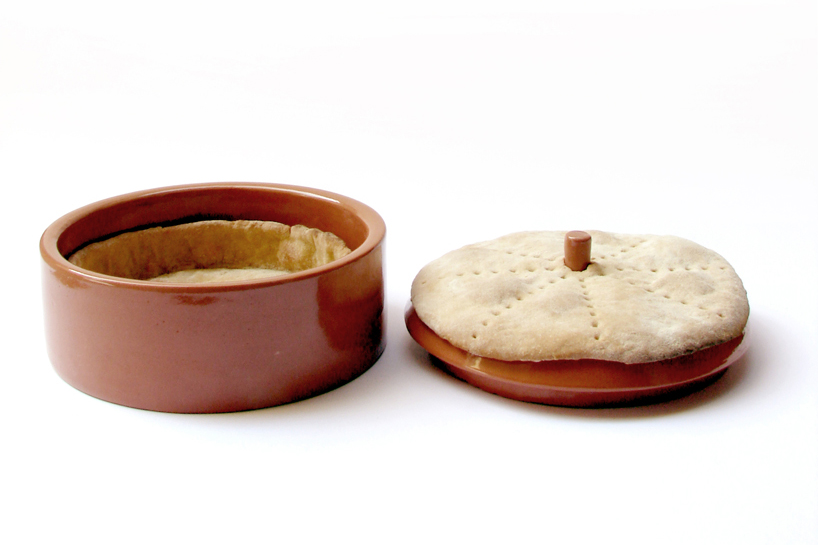 during the process of preparing these small ‘mezes’ dishes, one is also able to make the containers, which will later become part of the consumed items. the idea is based on ecological principles, turning the food and its holder into something that can be eaten, meaning all that remains is the memory of the communal meal. 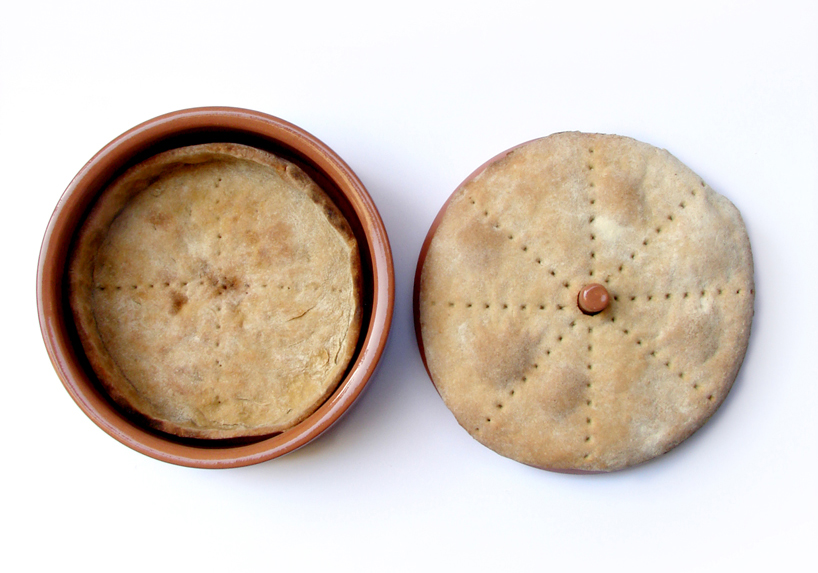 overview of the KI·RA baking dish 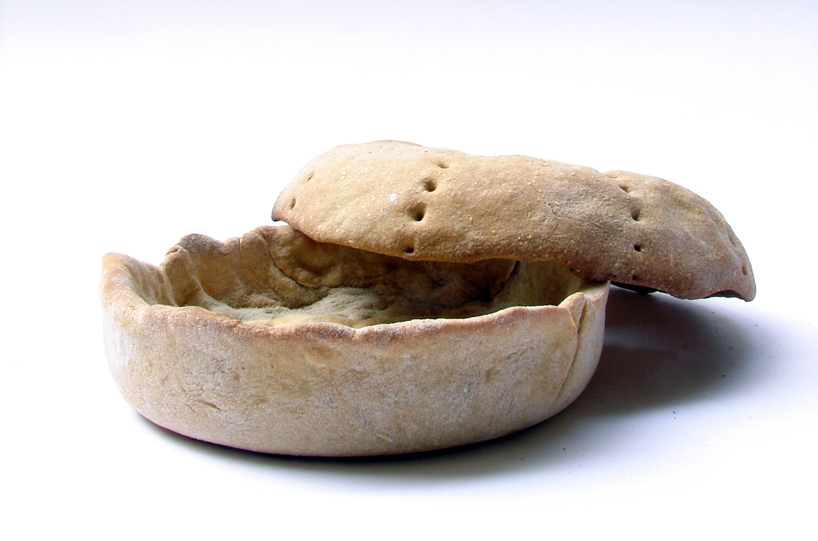 the pieces can be used to transport food to communal gatherings 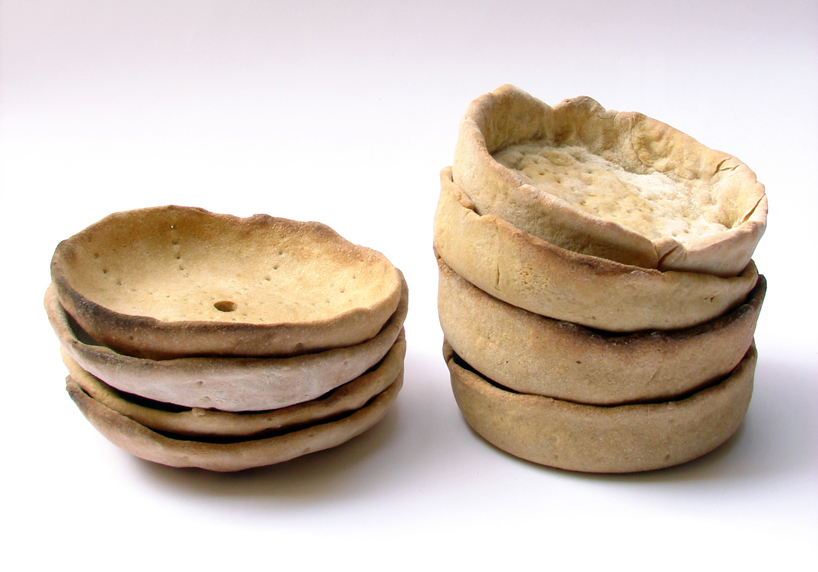 a staked tower of containers 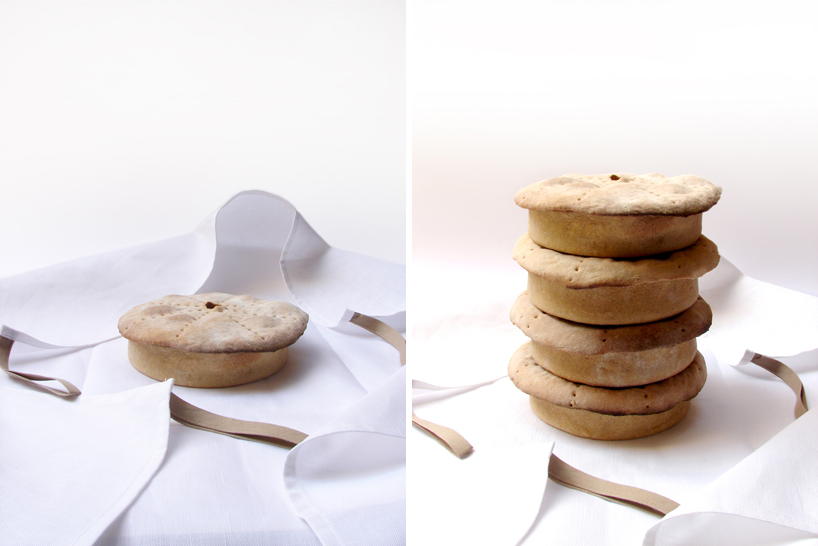 the baked items are then packaged for easy transportation 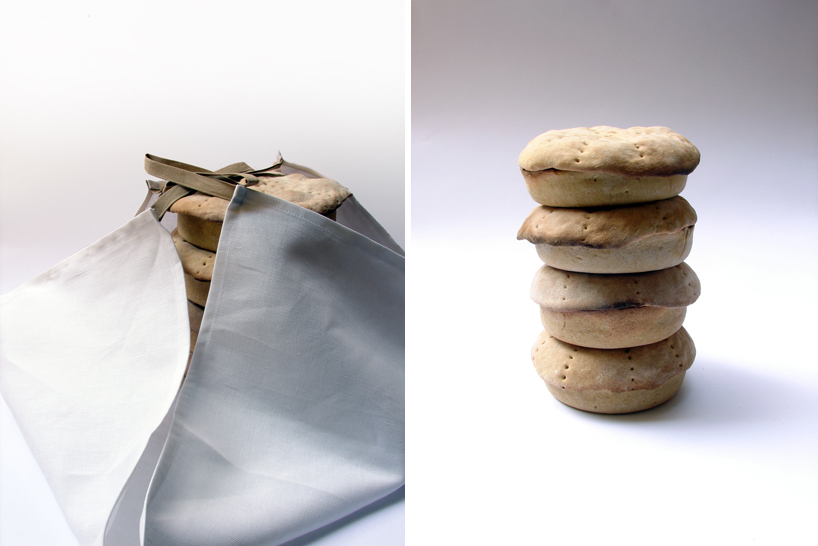 ‘KI·RA’ ready to be carried to a party 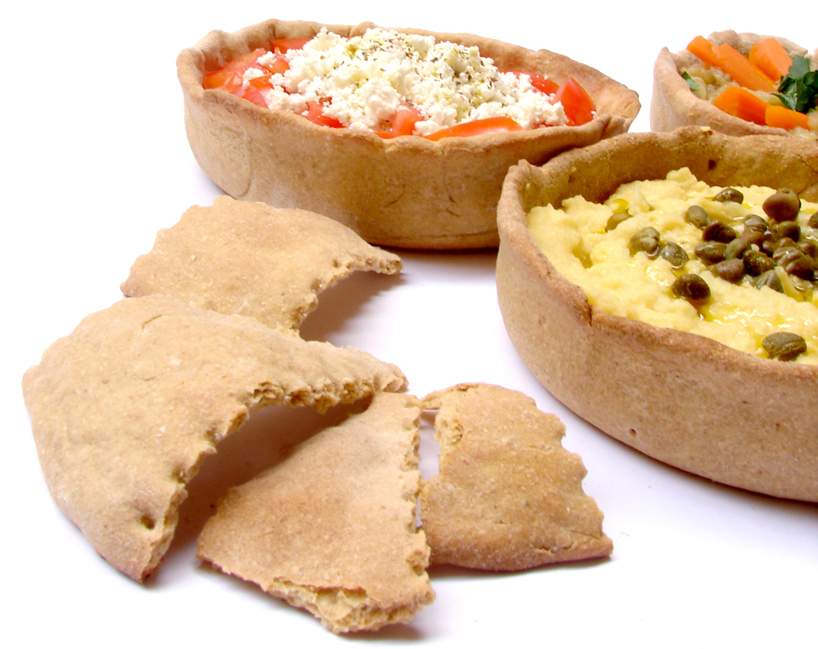 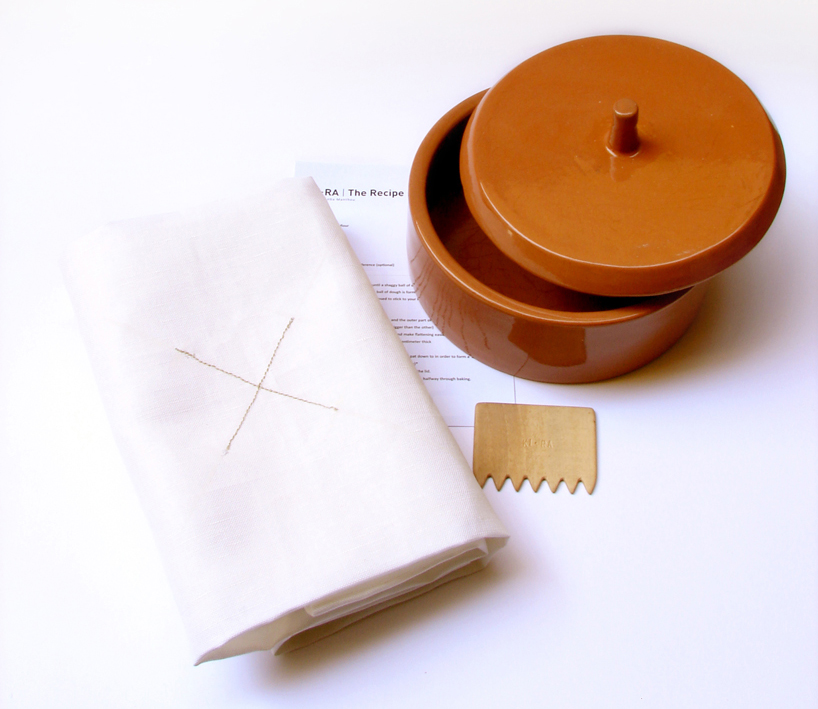