kocohedron collection by kocowisch is an ode to mathematical shapes
(above) the ‘cubu’ is a light source based on a wireframe composed out of six square faces
Image © j.r hammond

the ‘kocohedron collection’ is a series of aluminium lamps and jewelry based on mathematical wireframes, designed by willem schouten en koen coppens for kocowisch. when they started designing, it struck koen and willem that a big pendant lamp that is not turned on is often a big blocker of natural light. paradoxically, the object that is supposed to give you light when it’s dark makes sure that you don’t get any natural light during daytime. with this in mind, they were motivated by the openness of simple mathematical wireframes. instead of using the frame as a base for a fabric lampshade, they integrated the light source in the frame. this solution resulted in a very minimal structure, space consuming and spacious at the same time, through which natural light can pass freely during daytime and creating a floating object that casts elaborate shadows when the light is turned on.

the lamp collection consists of five basic shapes in three sizes that are available in four different finishes: gold plated, copper plated, chrome or painted in the color of choice. next to the lamps in the collection, custom shapes are also a possibility. all lights are dimmable, and have a plus 90% CRI rating, making the lamps useable for mood as well as for technical lightning. the jewelry collection consists out of four gold pendants.

the lamps were presented at the masterly – dutch in milano during milan design week. 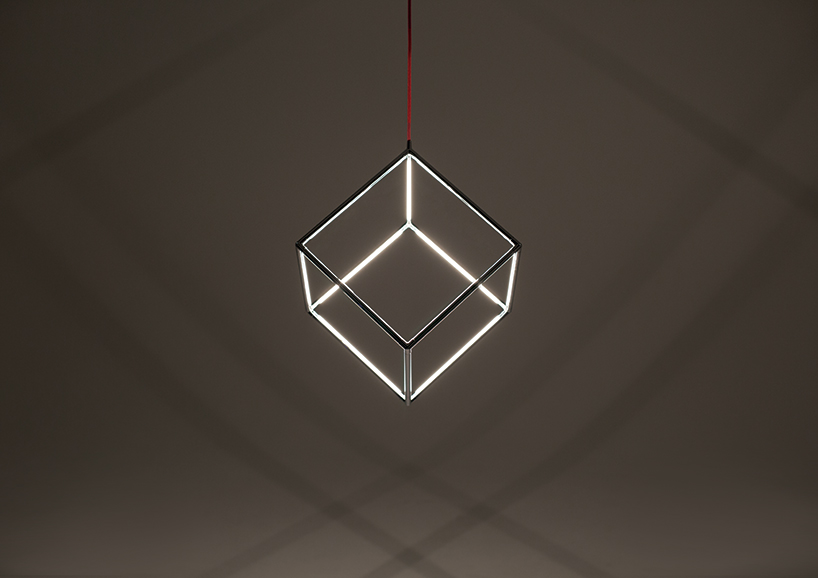 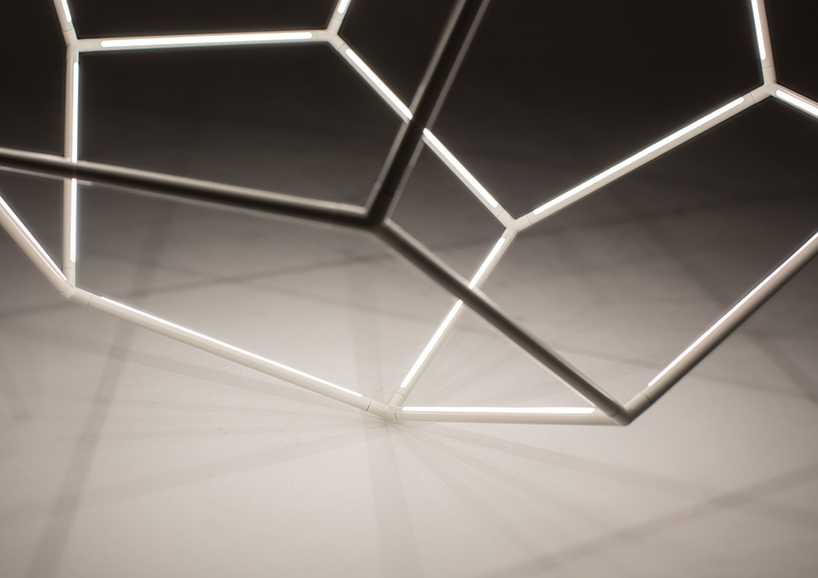 the ‘dodo’ is a light source based on a wireframe composed out of twelve pentagonal faces
image © j.r hammond 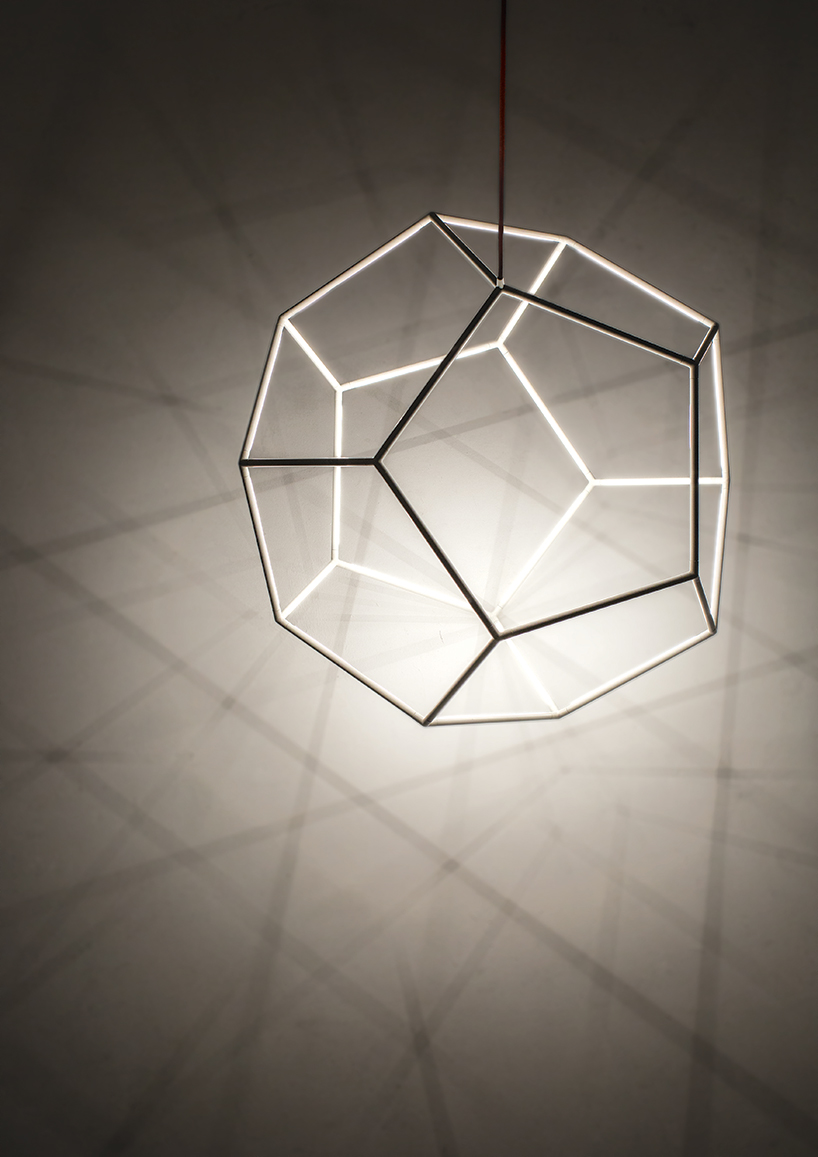 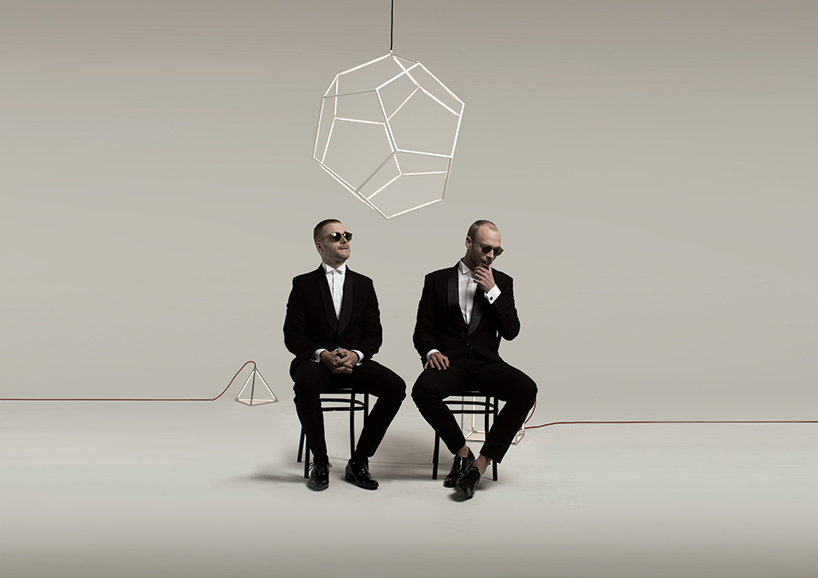 koen coppens and willem schouten, designers and founders of kocowisch 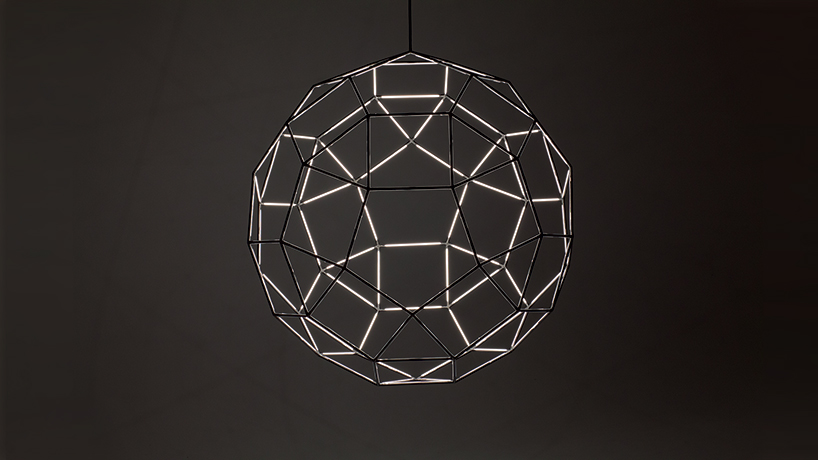 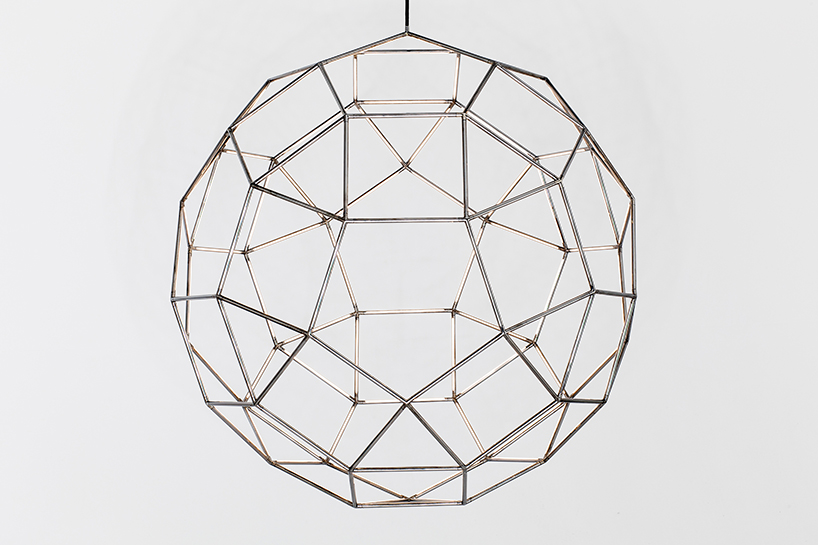 ‘rhombi’ large chrome is the biggest lamp in the collection: 1.5 meters in diameter
image © blanksma&blanksma 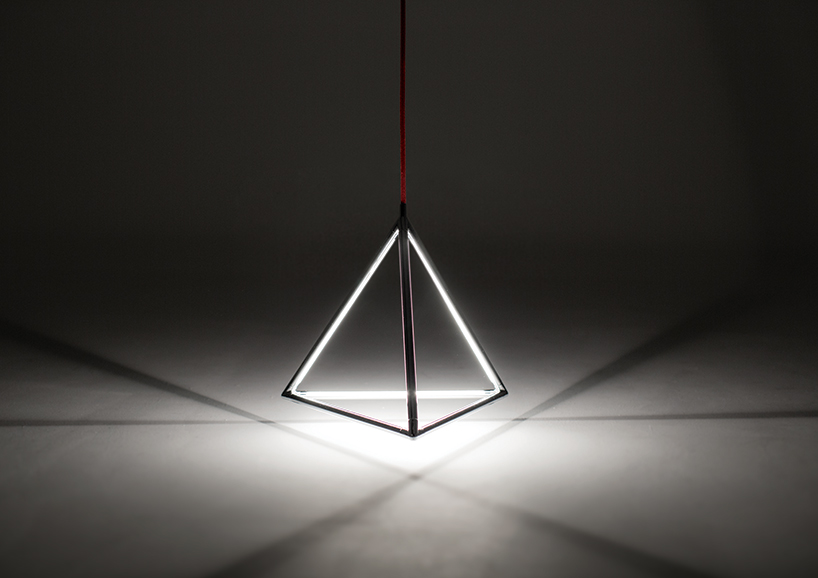 the ‘pira’ is a light source based on a wireframe composed out of four triangular shapes
image © j.r hammond 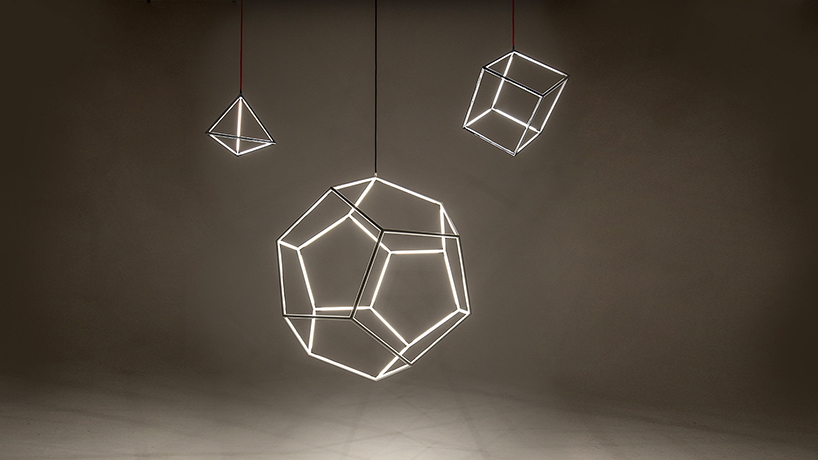 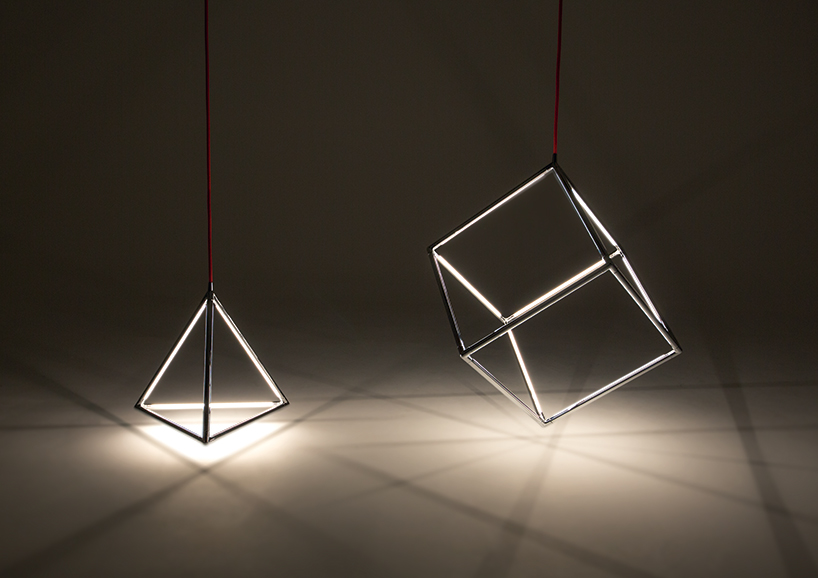 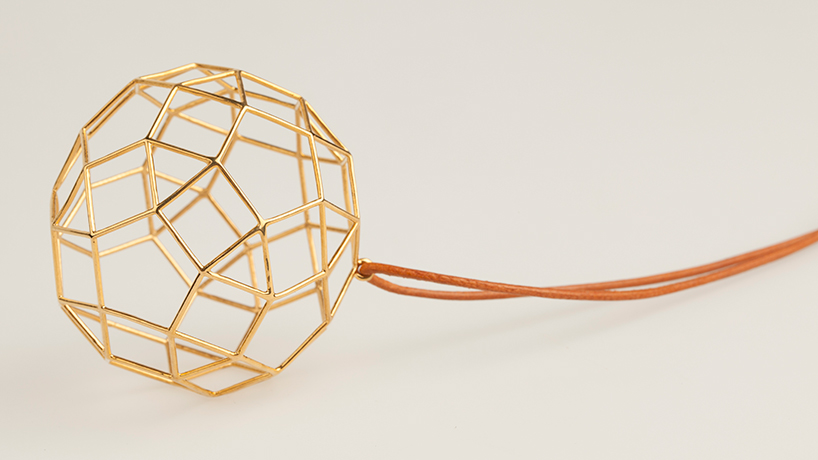 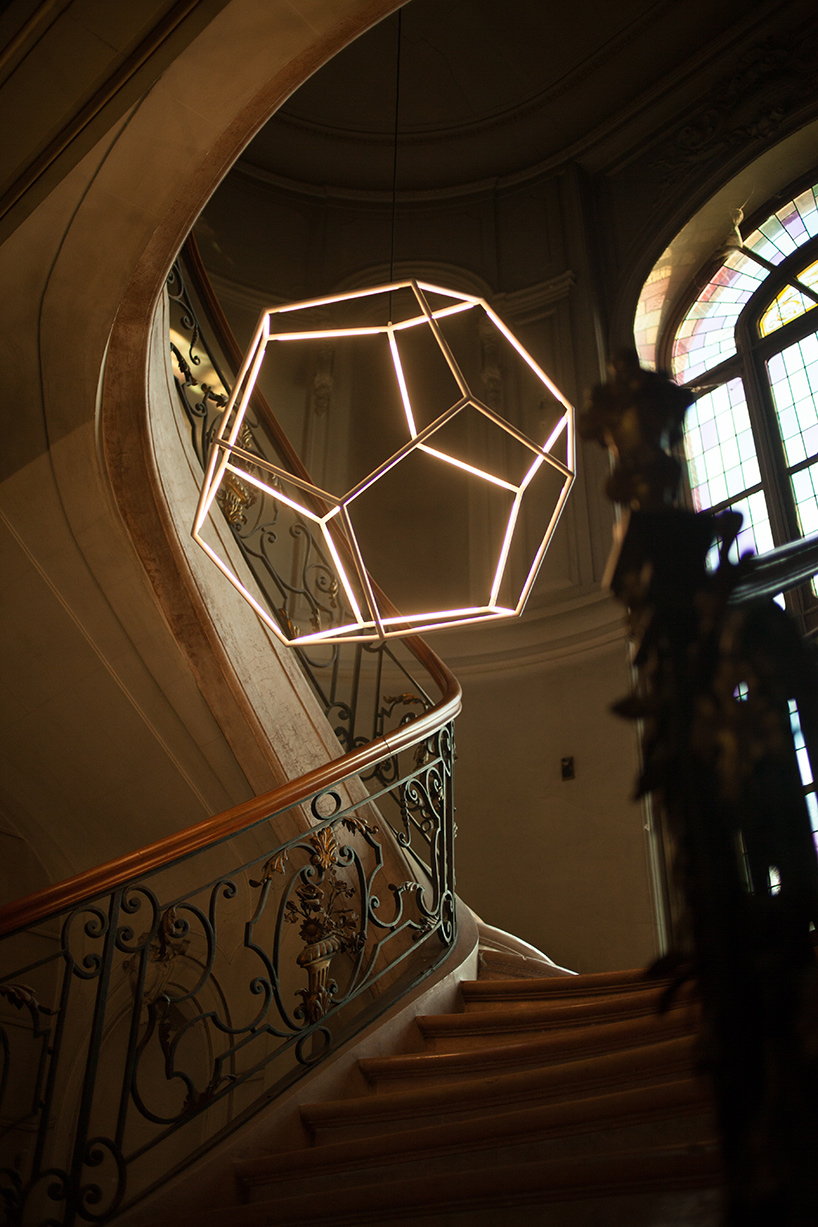