in a time when natural light has become increasingly scarce, UK-based designer leslie nooteboom has created ‘komorebi’ — a lamp projector, which brings natural illumination into any interior setting. the device is able to transform the quality of a space, bridging the gap between indoor and outdoor environments. 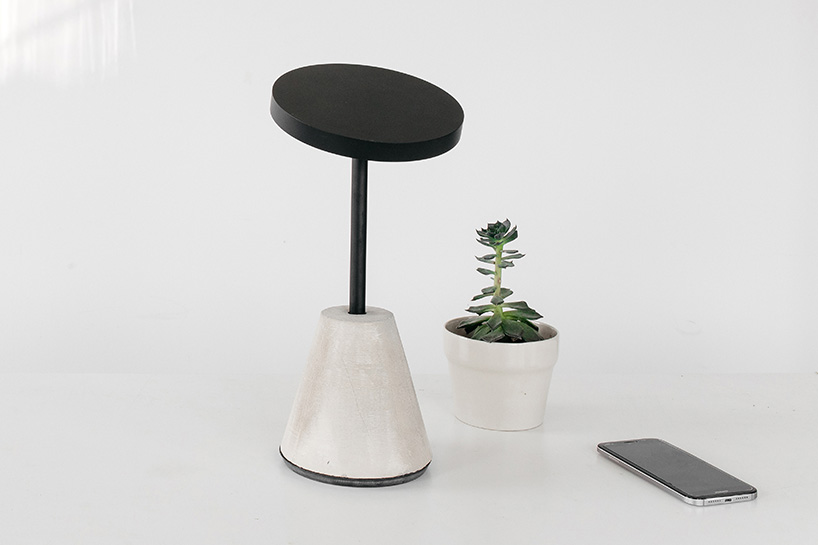 the ‘komorebi’ lamp projector brings natural illumination into a space

‘komorebi’ embraces the dynamic nature of natural light sources, projecting a series of luminous moving pictograms on a wall. the device attempts to solve a problem — the sun’s inability to reach interior spaces. the lamp illuminates a room with a new form of natural light, rather than the standard, static luminescence generated from a traditional source. the versatility of the product’s programable technology allows its internal projector to adapt to a given location. 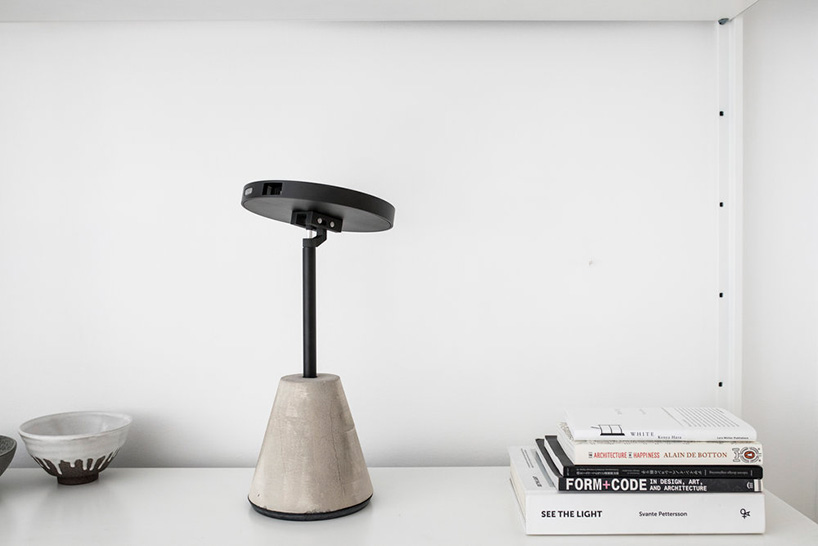 the product’s designer, leslie nooteboom, describes the novelty and functionality of the device: thanks to the code-based nature of the light, a generative aspect can be added to the experience, which makes it serendipitous. this serendipity is an important aspect of the technology, which brings it closer to real nature. this projector is informed by a platform where people can upload light experiences that can then be inserted in their living space. 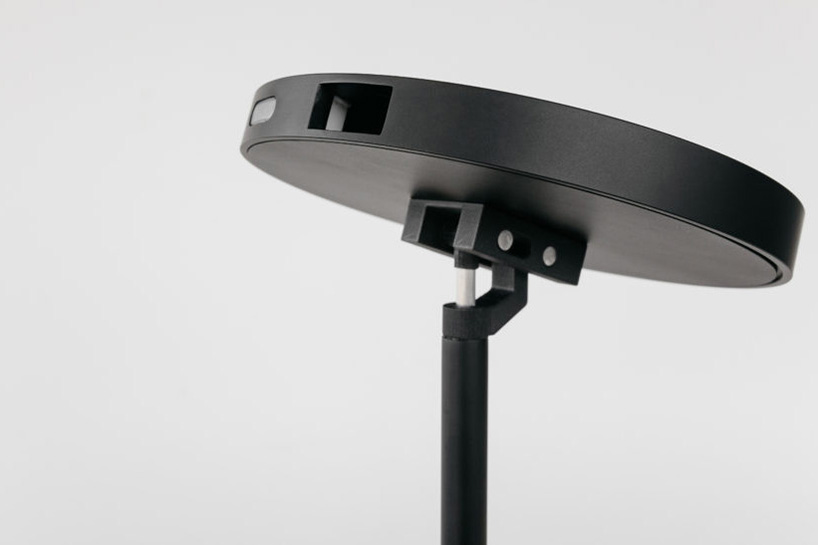 the programmable luminaire generates a new method of interior lighting

‘komorebi’ makes natural light portable, mimicking the dynamic movement of the sun. ‘the restrictions of existing light are removed,’ nooteboom continues, ‘because of this dynamic direction-platform and the freedom of projecting different visuals instead of a standard type of light.’ 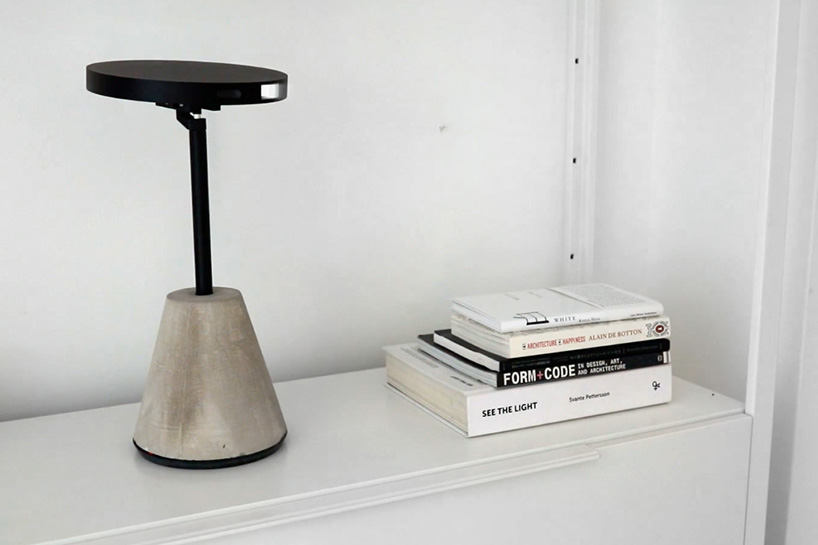 light patterns are projected on the wall, mimicking the sunlight from an open window 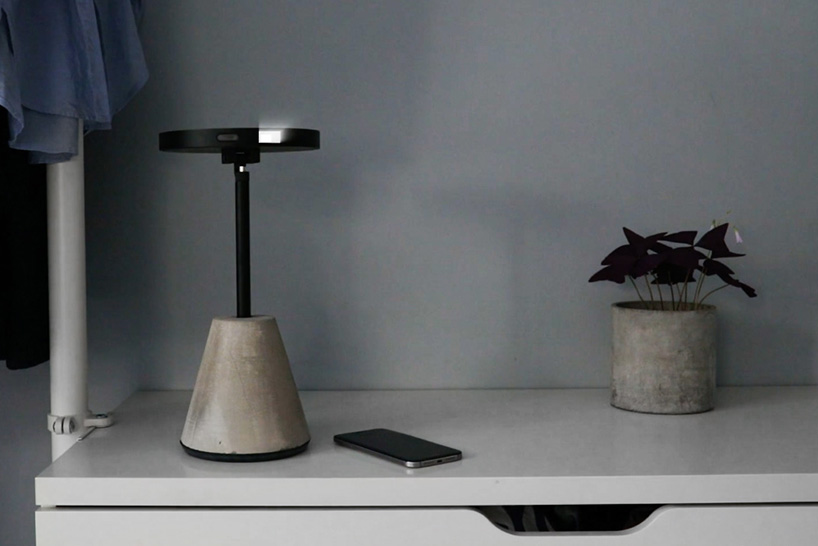 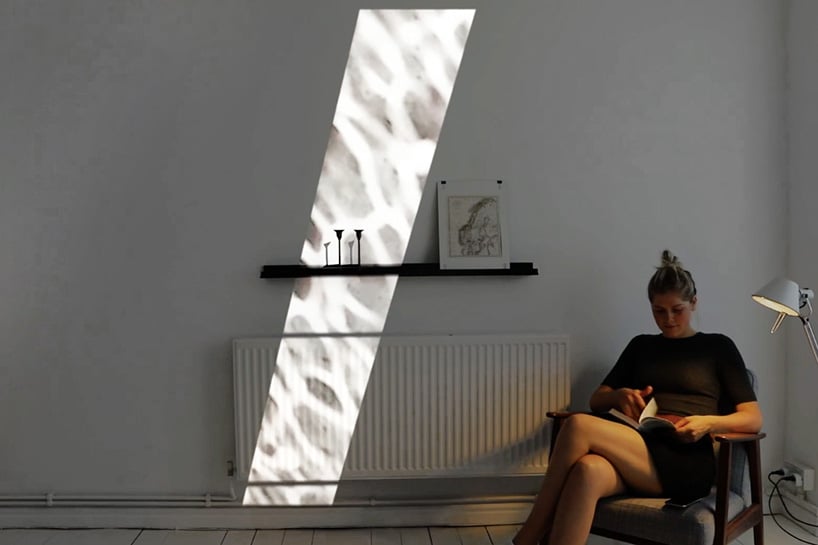 projections from ‘komorebi’ embrace the movement of the sun 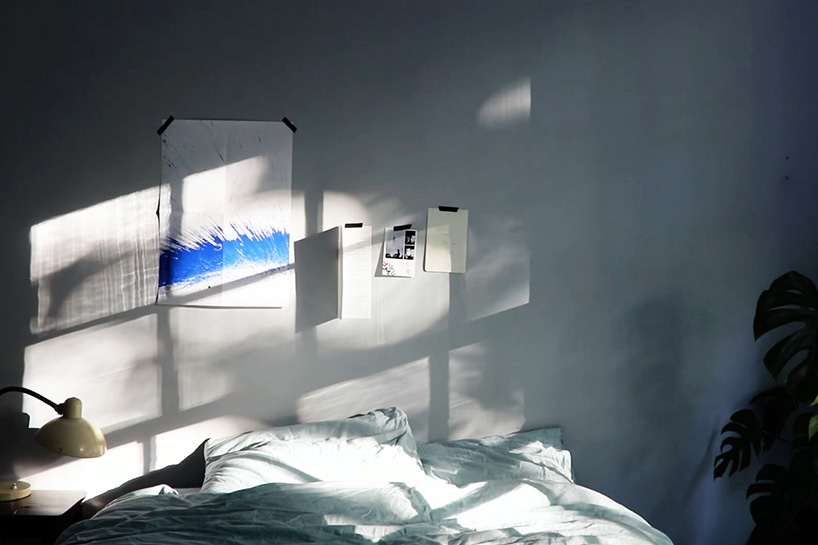 the programmed projector can adapt to any given interior 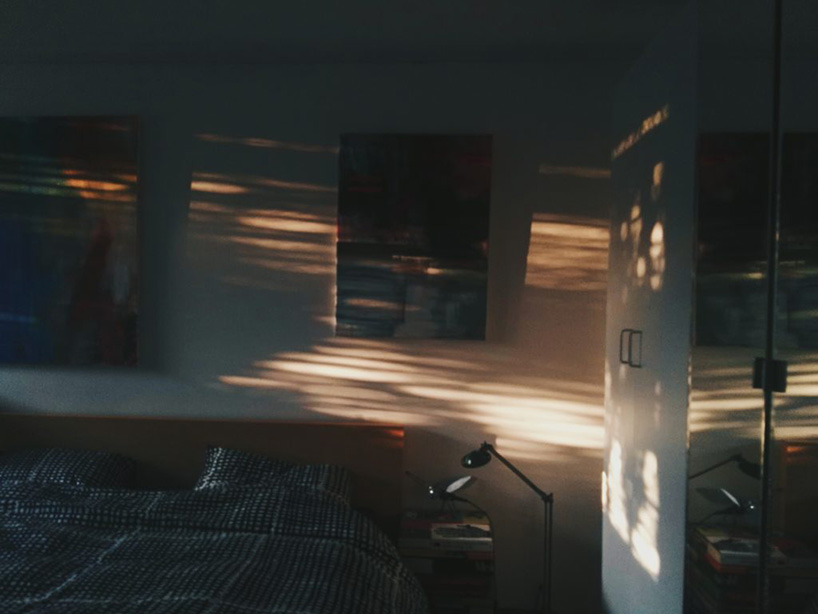 ‘komorebi’ bridges the gap between interior and exterior spaces