‘kopf kino’ is an amplification object left in public spaces to be negotiated and appropriated by city dwellers. developed by berlin-based artist collective ‘on/off‘, the device itself is constructed from a modified shopping cart filled with borrowed car batteries, a projector and computer held in place with cable ties, all of these internal components masked by a monolithic cardboard skin. 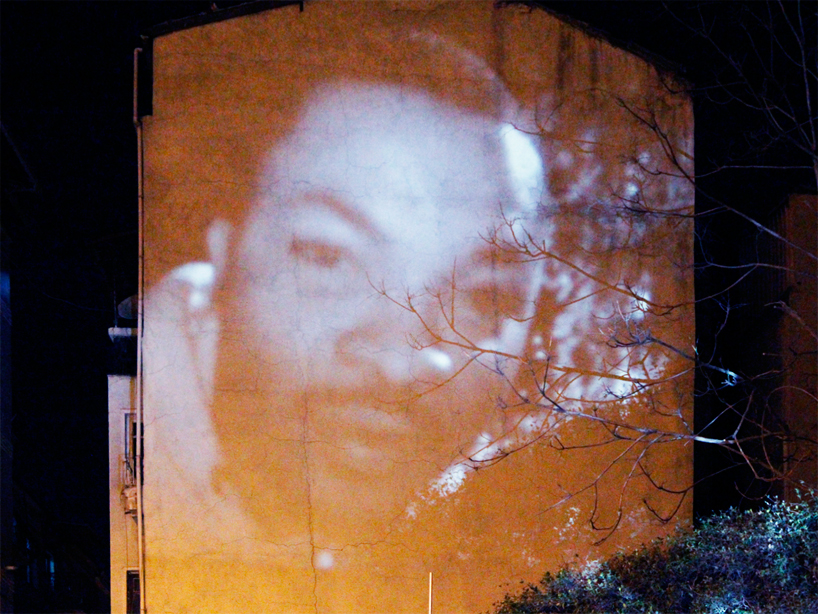 devised as something to be wheeled around a city, the installation is left without any instruction in various locations, inviting passersby to investigate the inner workings and actual function of ‘kopf kino’. the element that sparks some curiosity is the small camera lens which projects out of the top of the machine, in which people gravitate towards, looking in to see if they are able to find some kind of indication of what it actually does. as they interact with it, they realize that their actions are being amplified 10x, enlarged onto the façades of surrounding buildings, turning ‘kopf kino’ into a kind of ‘adhoc’ stage, allowing groups to temporarily take over public space, transforming them into urban performers without the restrictions of prescribed interactions. 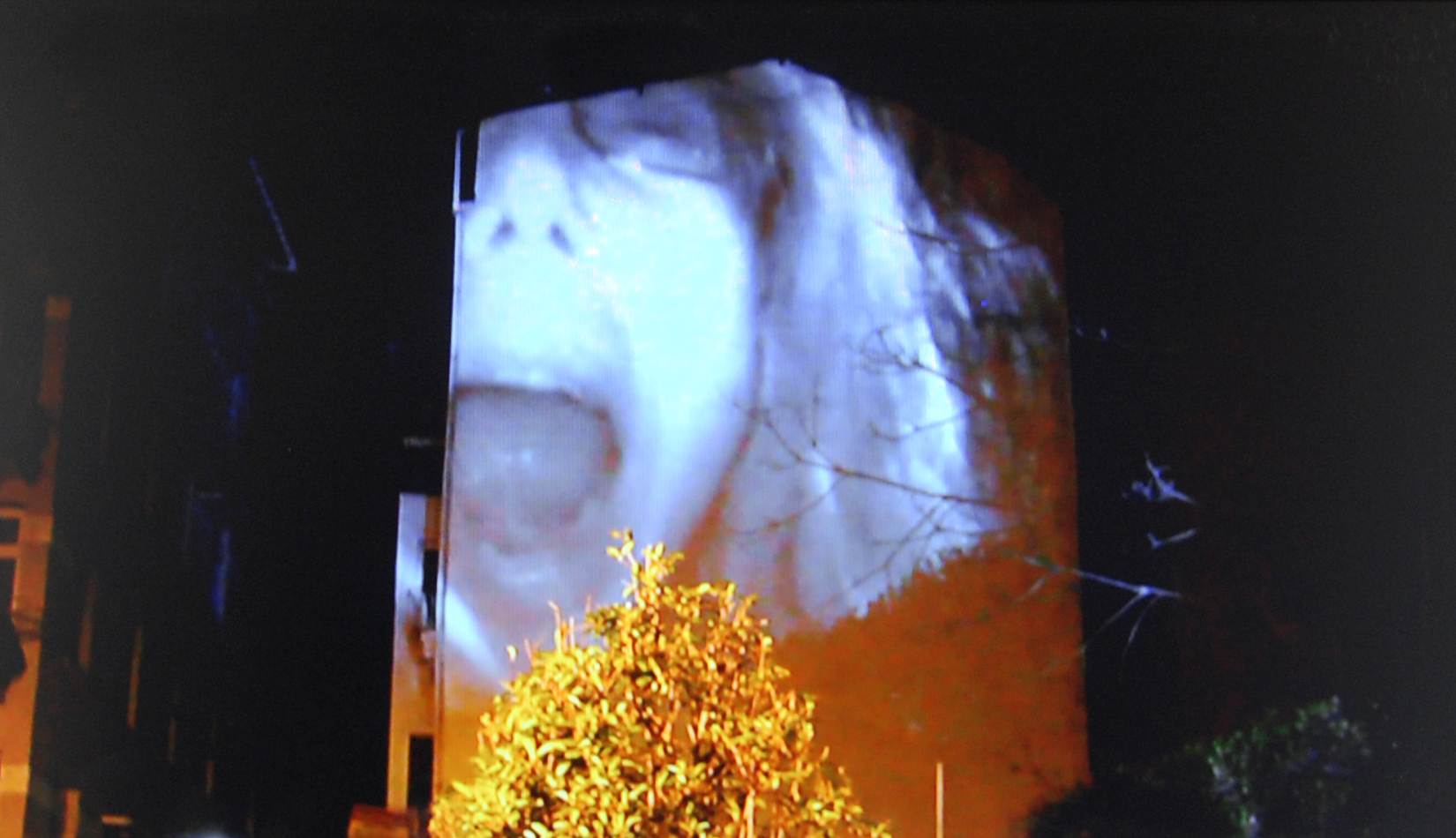 the first iteration of this experimental project took place in berlin over the course of two months. it has now migrated to turkey as part of the istanbul design biennial within the ‘adhocracy’ exhibition curated by joseph grima, where it takes to the streets capturing the behaviours of the passersby that come in contact with it within the bustling city. 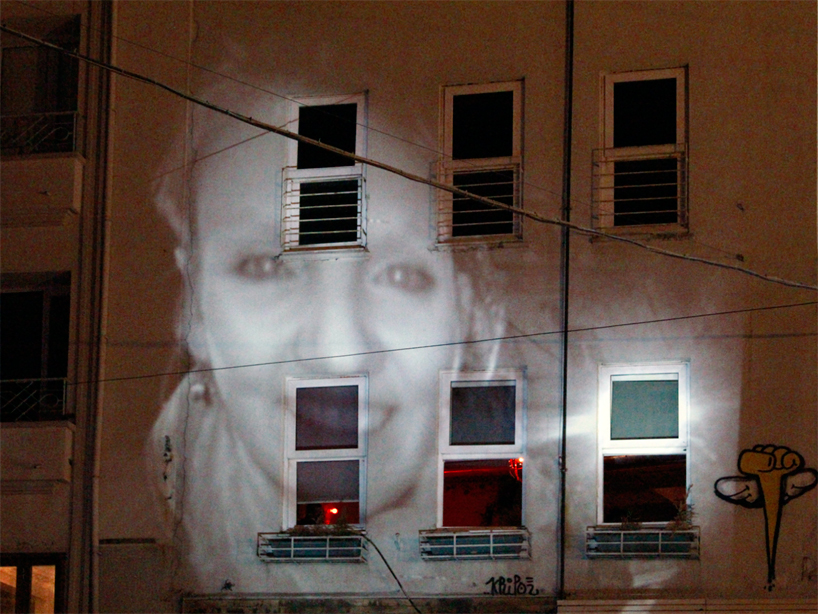 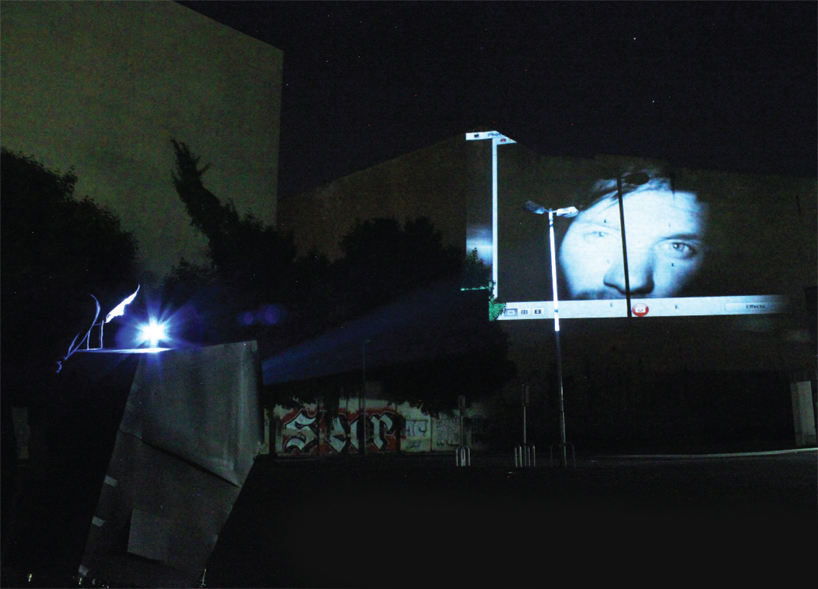 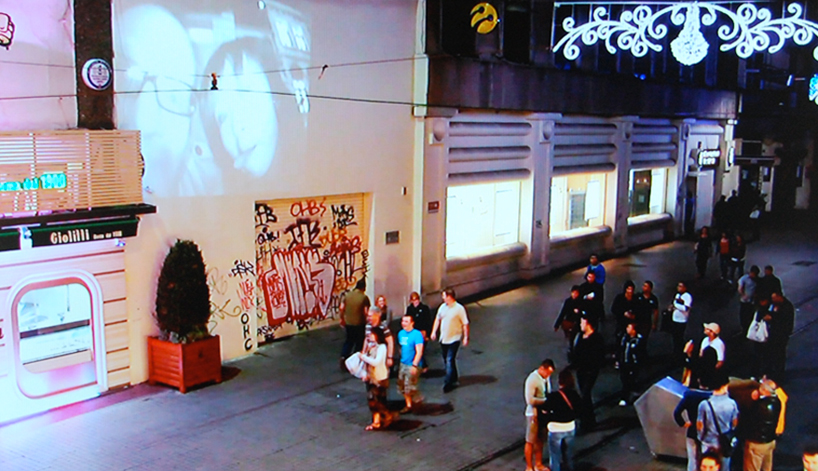 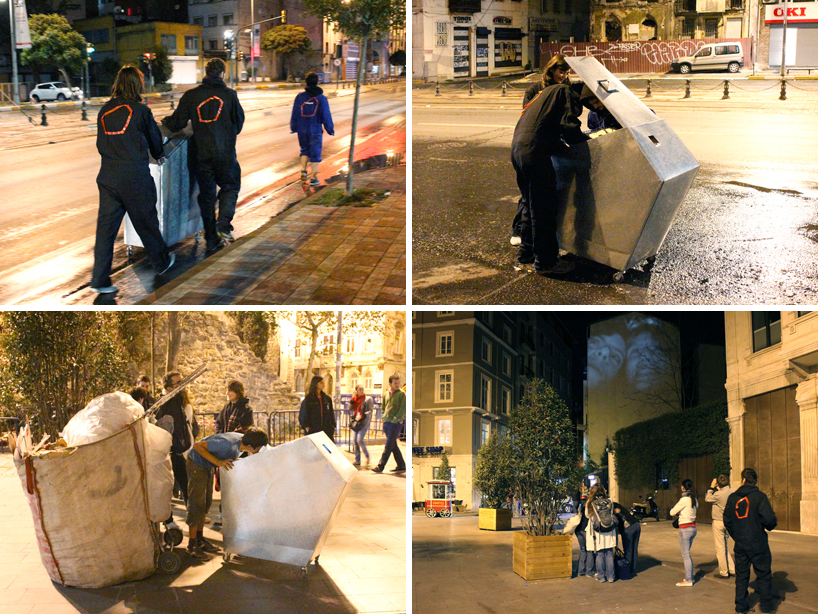 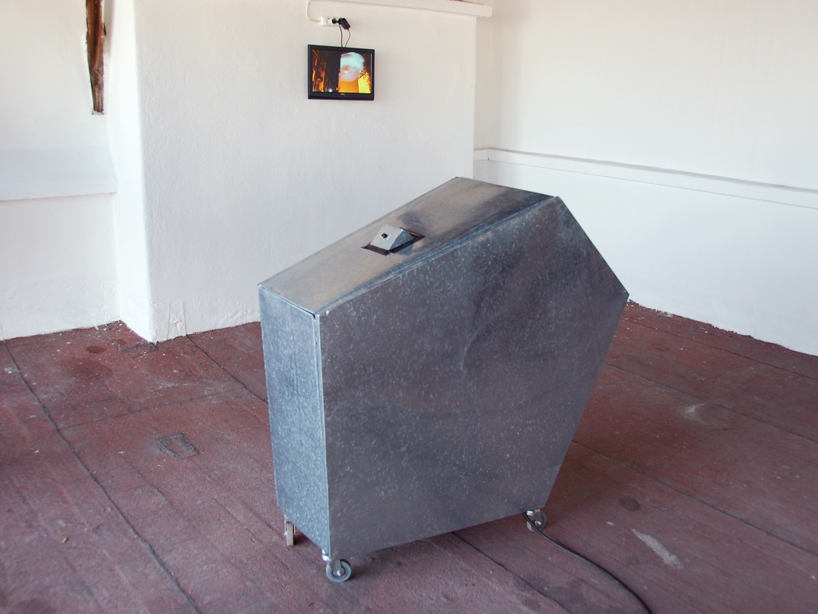 ‘kopf-kino’ on display at the istanbul design biennial image © designboom 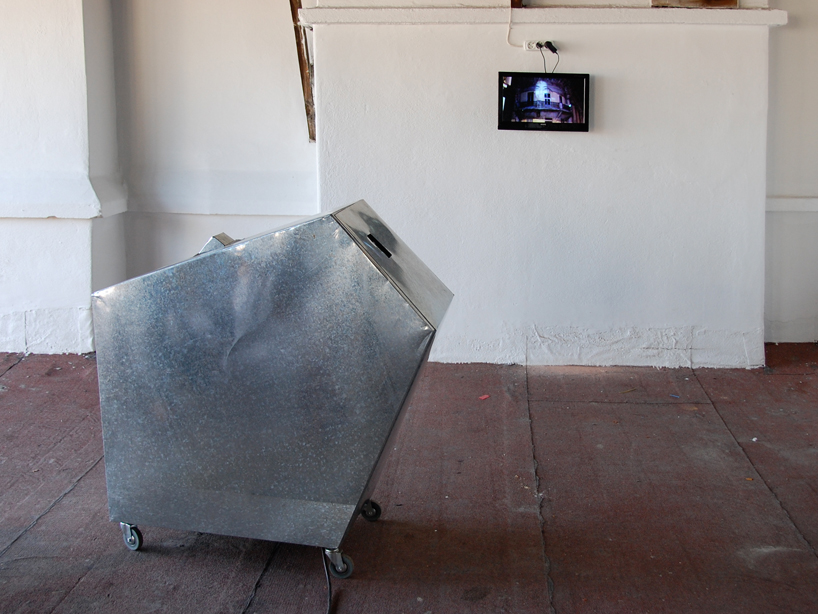 the device is composed of a hacked shopping cart which is filled with borrowed car batteries, a projector and computer image © designboom 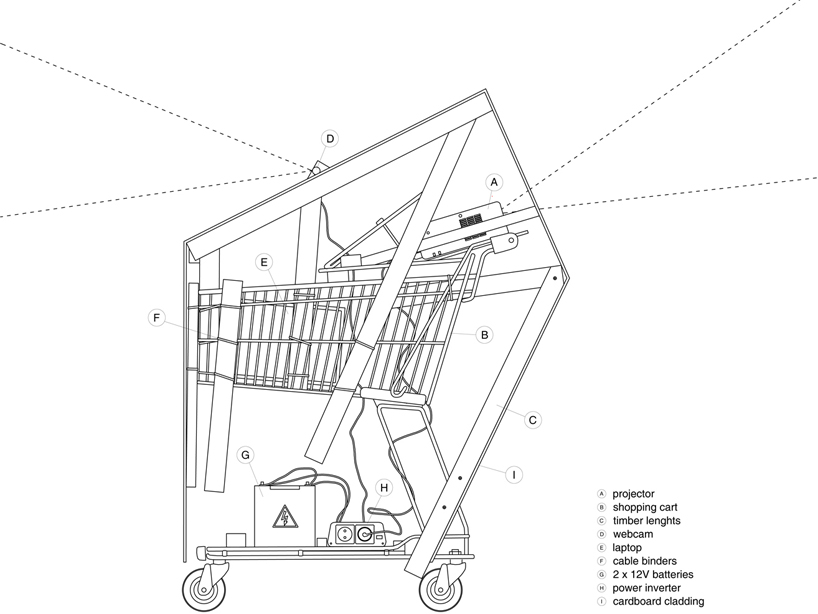