the london design festival commissioned kram/weisshaar to design the annual event’s trafalgar square installation for its 2010 edition. the installation ‘outrace’ is described as a ‘mechanical octopus’ assembled from eight industrial robotic arms on loan from automotive company AUDI‘s production line. placed on a large concrete platform with a powerful LED light source positioned at the tool head of each robotic arm, the interactive work employed the machines to write personal light messages which were subsequently recorded and shared as video files. 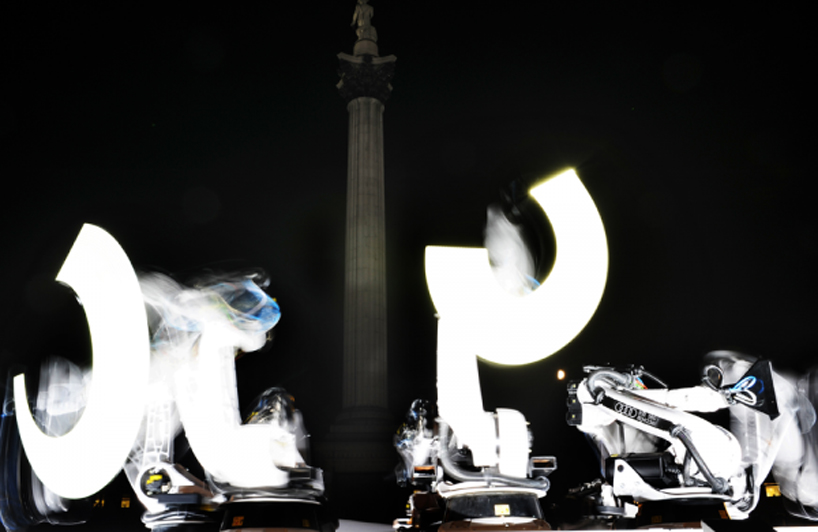 the public could write personal light messages which were then recorded and shared as video filesphoto by david levene, courtesy of kram/weisshaar

custom software developed by kram and weisshaar allowed members of the public to control ‘outrace’. simply by logging onto the associated website (www.outrace.org) via mobile device or computer, a global web audience and visitors on location at trafalgar square could direct the path of the lights held by the robotic tentacles, each creating a trace of the user’s text message. long-exposure cameras captured these interactive light paintings and relayed them to the project website and social media platforms to be shared.

‘outrace’ in action in london’s trafalgar squarevideo courtesy of KRAMWEISSHAAR 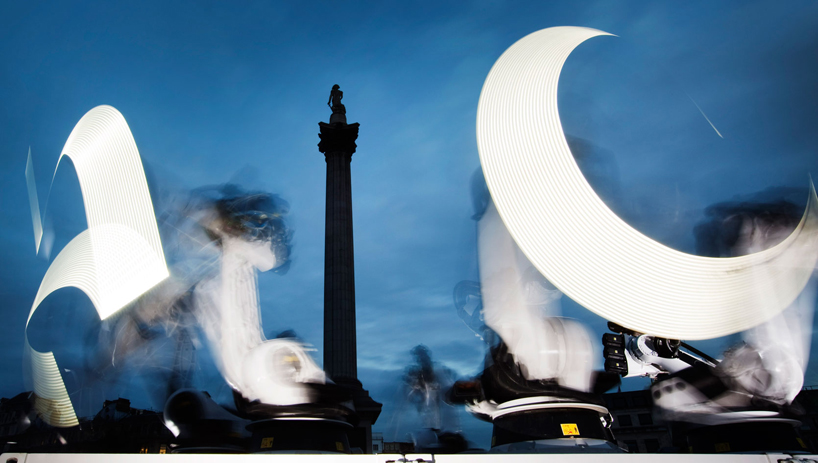 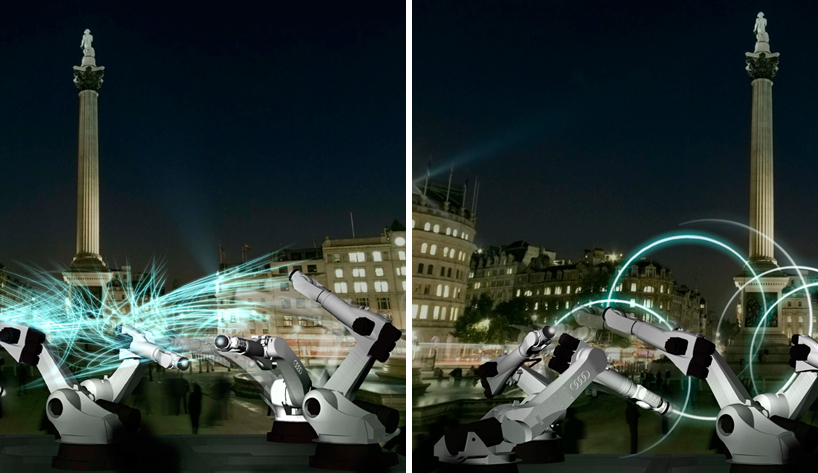 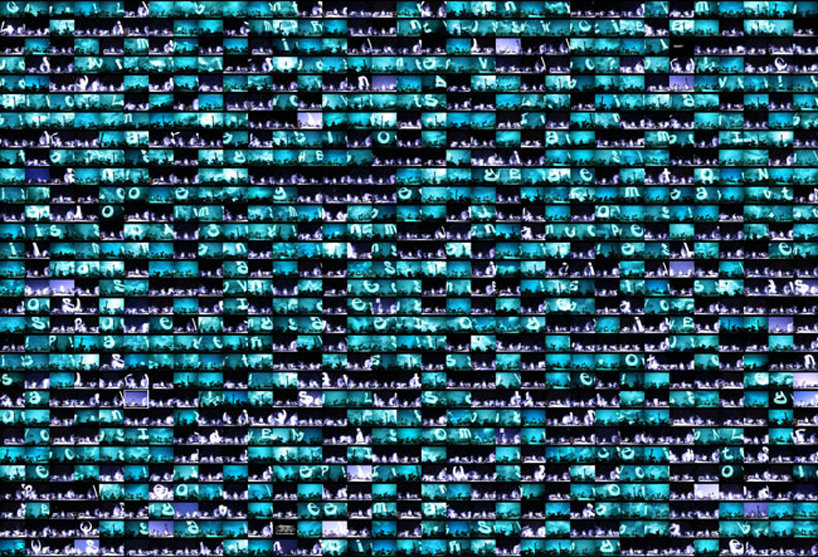 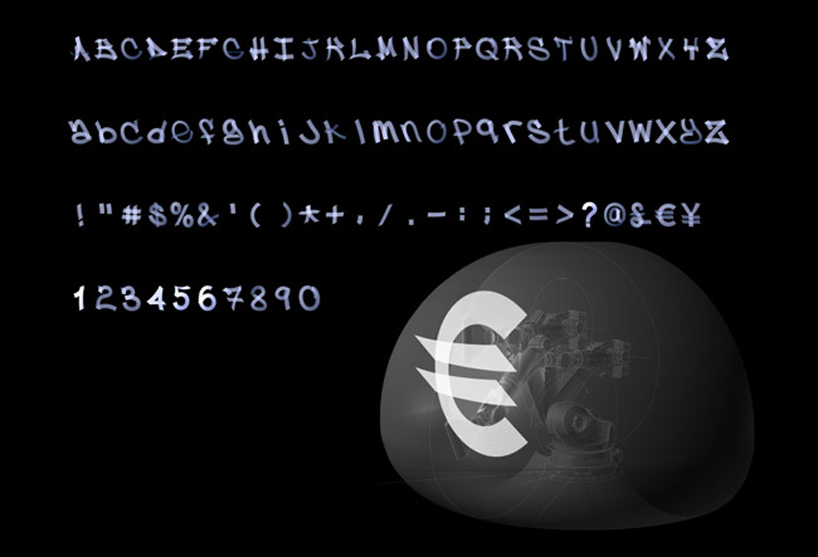 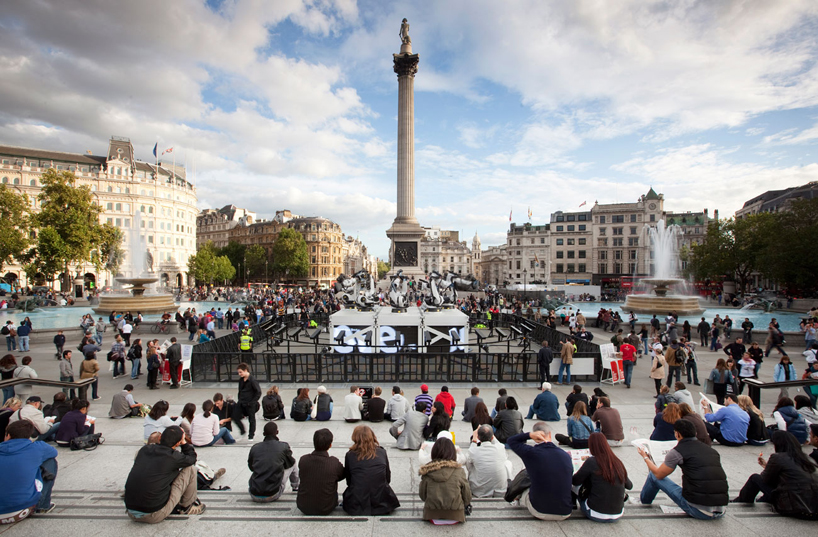 ‘outrace’ positioned on a concrete platform in london’s trafalgar squarephoto by david levene, courtesy of kram/weisshaar 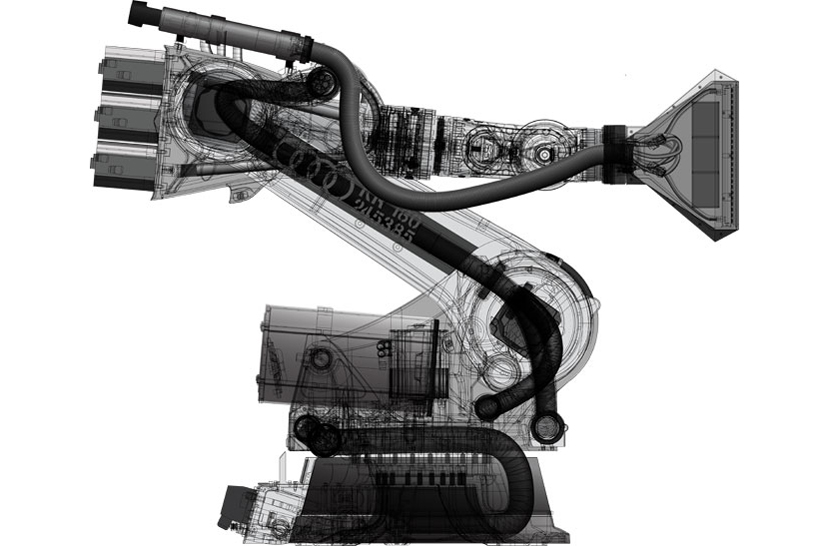 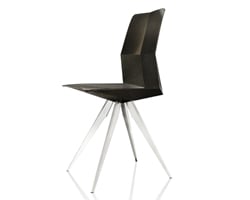