created as an antithesis to simple and minimalist design, hong-kong based industrial designer, alan wong, presents his kranio bluetooth hi-fi speaker. stepping away from modern wireless speakers, which are all about clean lines and minimal decoration, kranio challenges this trend of machined perfection with a product that fuses the organic with the mechanical. 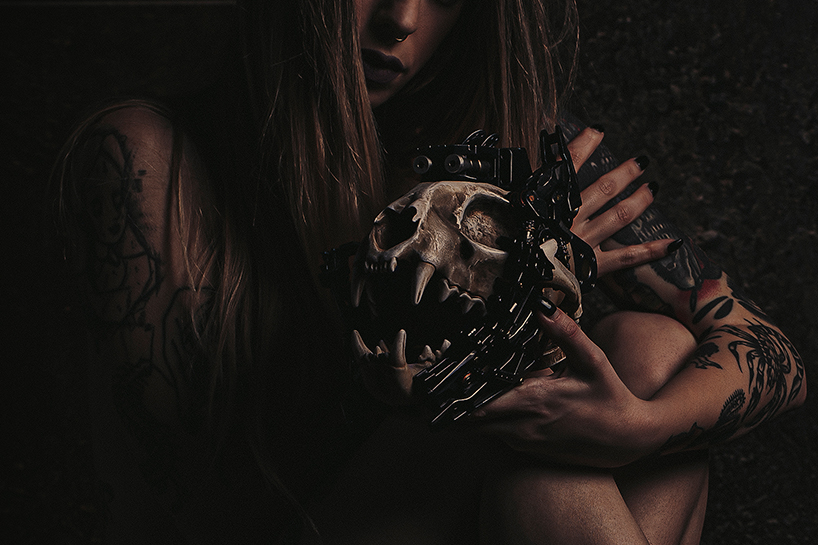 all images courtesy of alan wong

when developing kranio, wong was inspired by the films and games of his childhood, such as blade runner, cyberpunk and shadowrun. with these ‘cyberpunk’ references in mind, the hong-kong based designer created the speaker casing in the shape of a lynx skull as he wanted to contrast a feral, organic feature with the cold and synthetic mechanical parts. kranio is 3D modelled in several components then hand-painted with incredible detailing and weathering effects to make it look like a real relic, but from the future. 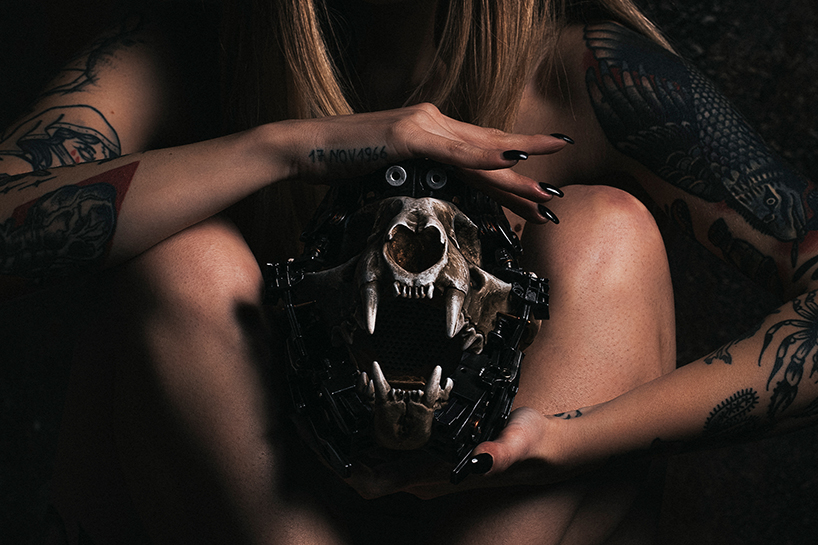 wong says, ‘for the past 20 years, we’ve been designing around the word simplicity. this trend is still absolutely mainstream, but in recent years i’ve started to reflect on this view, and i’ve found that increasingly convergent design styles make it difficult for creative workers to express their true personalities. i’ve also noticed that in today’s society minorities are hitting back at mainstream values in a more forceful way, and more young people are willing to express their true feelings online, whether you think they’re crazy or unacceptable. growing up in a relatively conservative oriental culture, I was able to observe these emotional changes, and society was increasingly tolerant of such changes.’ you can find out more about the kranio speaker on the kickstarter page here. 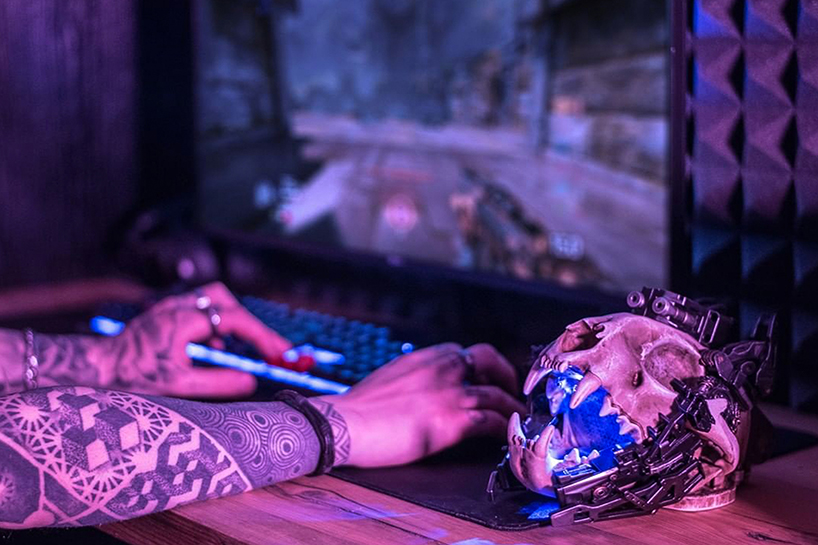 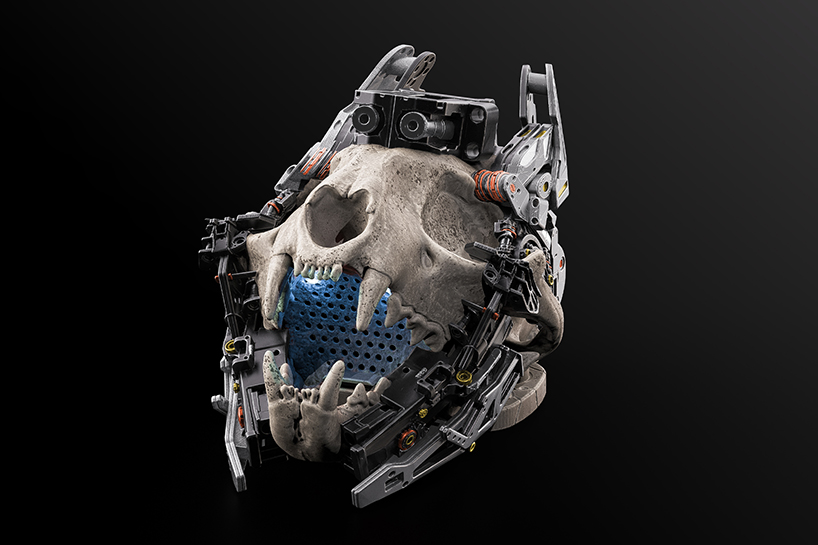 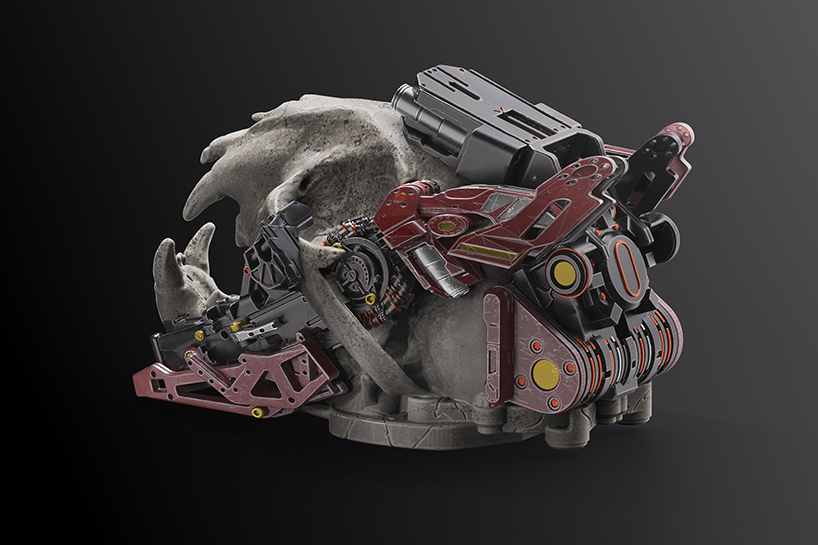 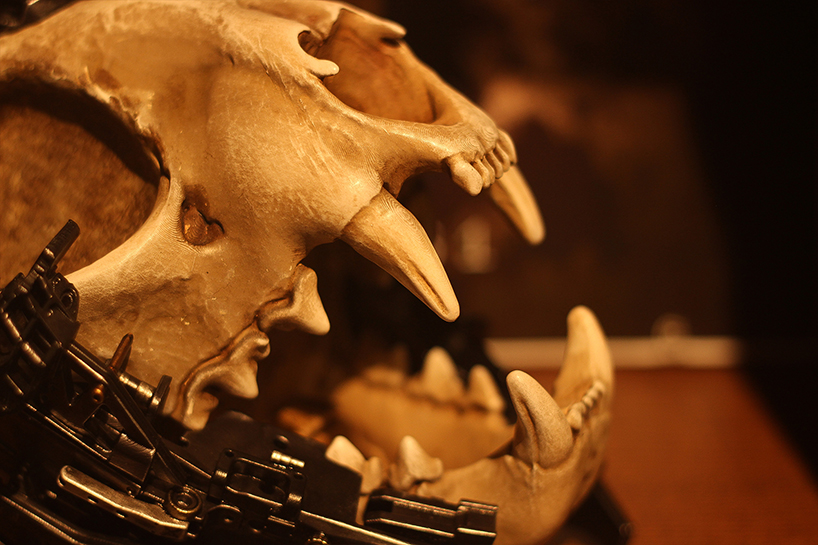 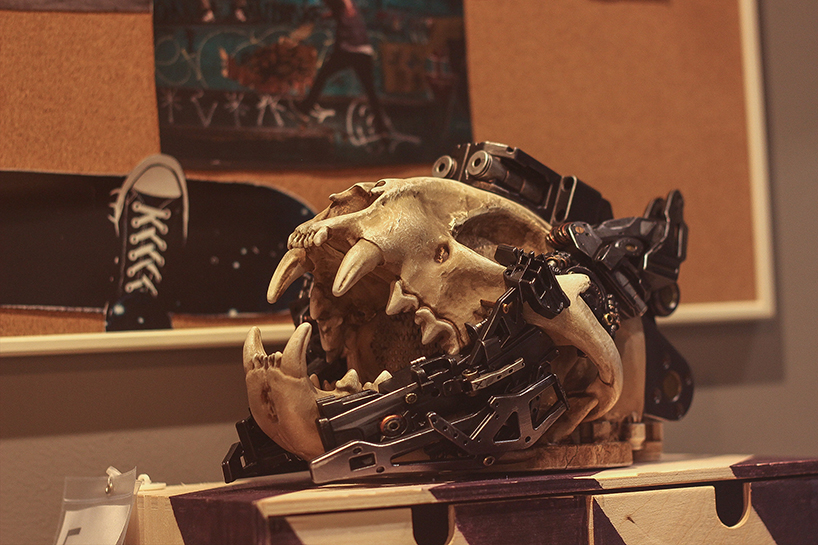 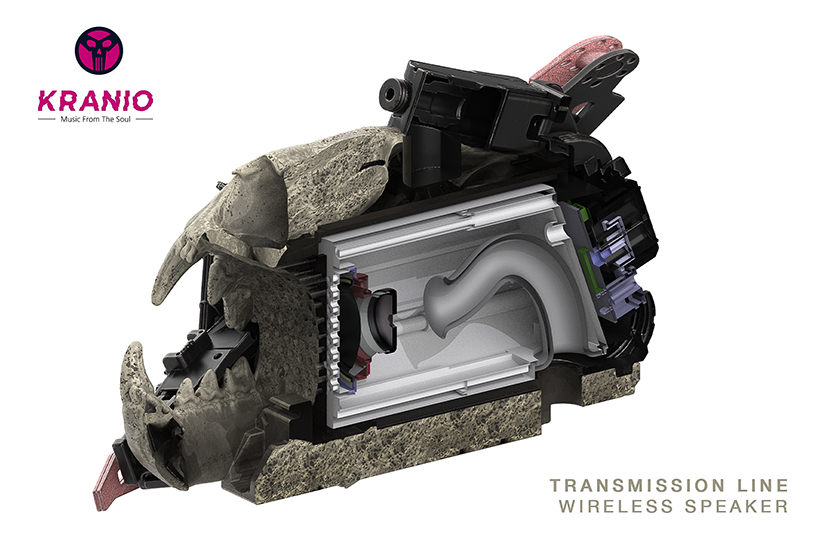