in 2014, architecturally-trained designer KXIV presented his thai-inspired nike jordan XI shoe. three years later he comes back with another architecture-influenced design that takes elements from herzog and de meuron’s national stadium in beijing. drawing on the adjacency of the bird’s nest to the beijing national aquatics centre, the seemingly erratic textured upper part along with a structurally systematic lacing system sit on the bubble-like form and function of the adidas ultraboost sole. 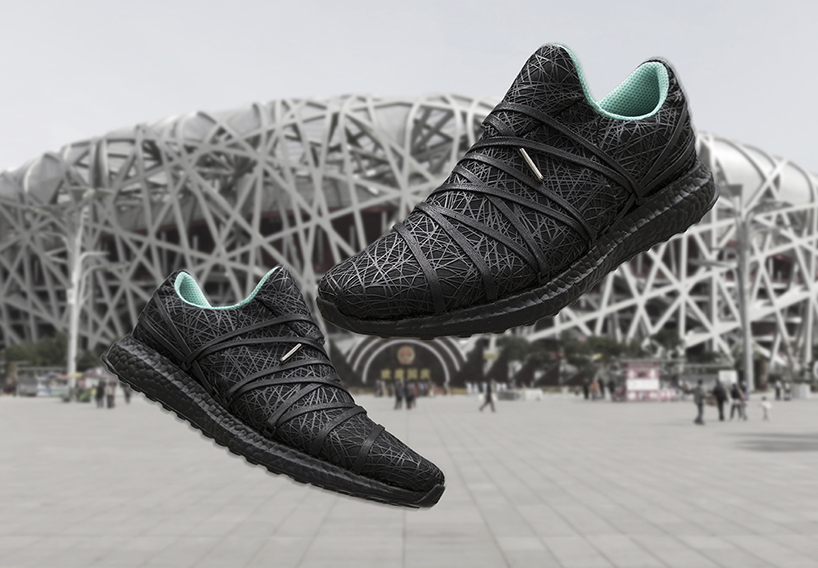 the lacing system designed by KXIV consists of two continuous laces that look around support points along the upper part of the shoe and around its heel. the lock is a 3D-printed double-loop cinch that keeps the laces in place in a very clean manner. along the heel is another lace-lock that keeps the whole network from sliding. the textured skin beneath adds a second layer to the design, exposing the structural lacing that is an abrasive-resistant polyurethane fused to a lycra base. the upper lace layer was lasted and baked at 300 degrees to hold its form in place while still providing the elasticity of the lycra. 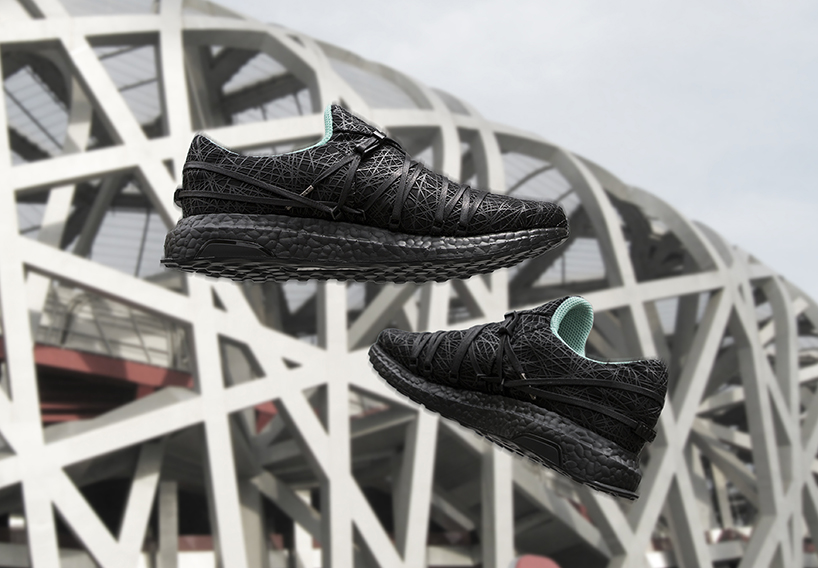 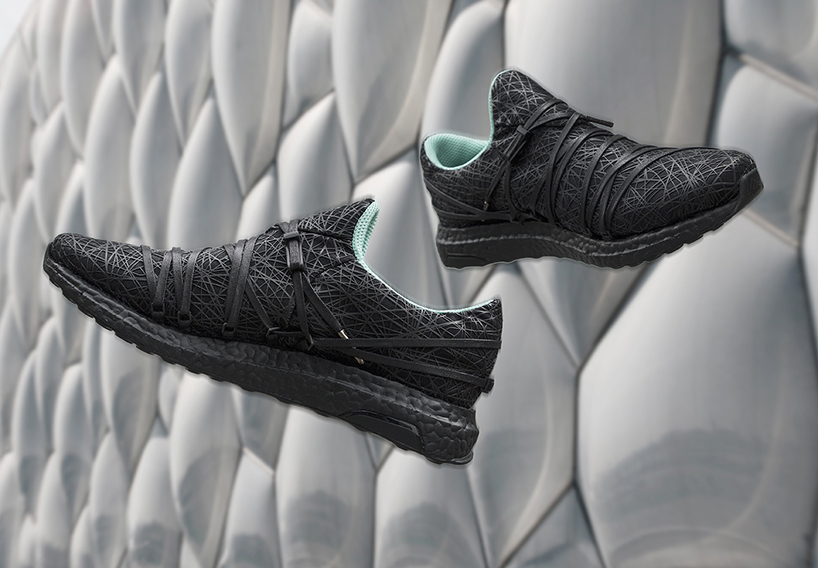 the lacing system sits on the bubble-like form 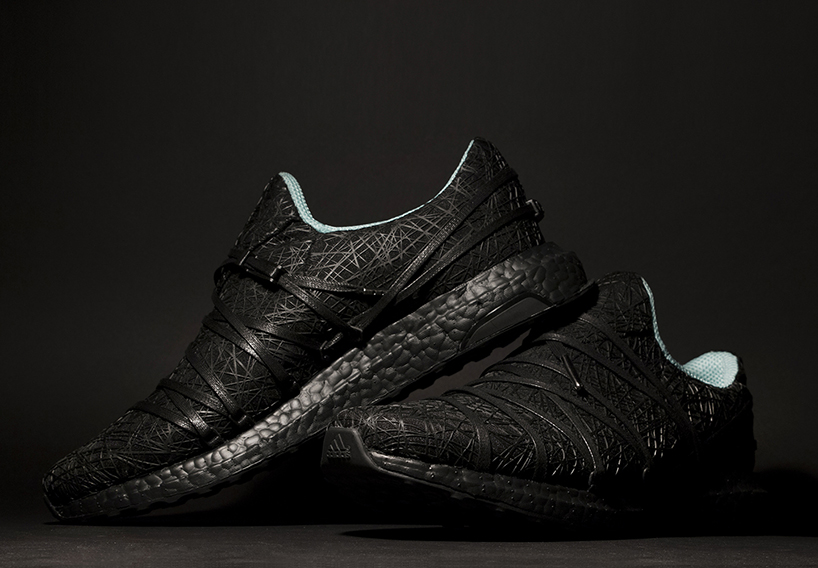 intersection of structure, ornamentation, and texture 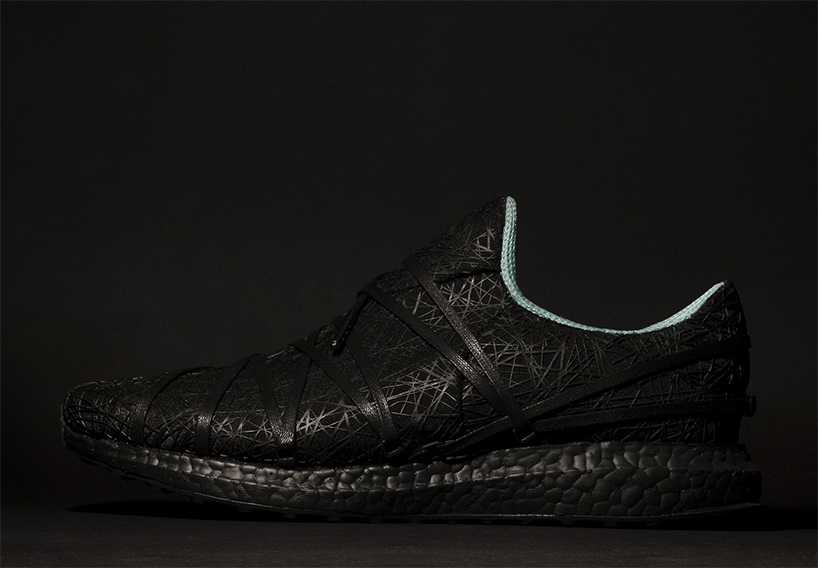 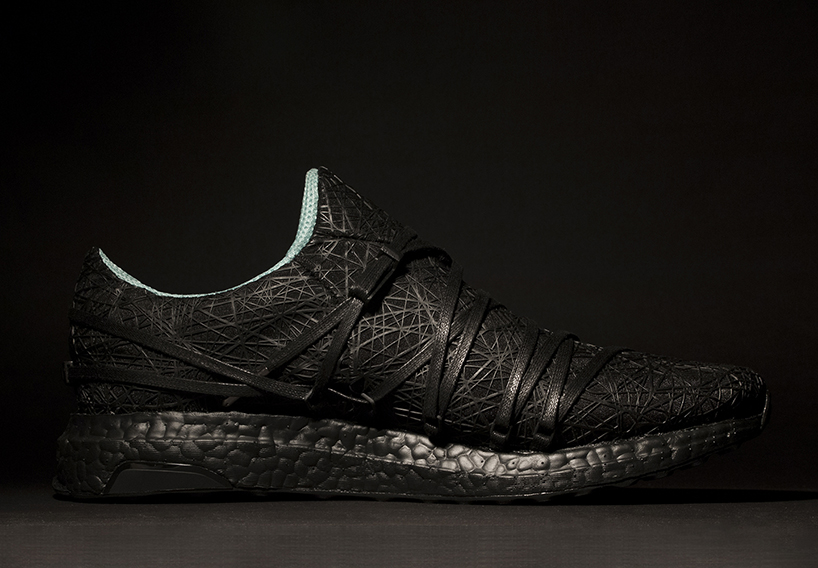 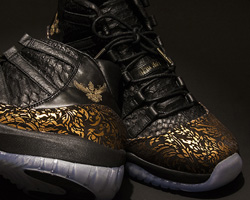