kouichi okamoto of kyouei design has formed a minimal wind chime from metal and glass, using the properties inherent in both materials to produce sound. ‘square wind bell’ is made up of two iron cut-outs covered in trivalent chrome plating. they are united to each other by a simple slit in each corner, forming a combined geometry that teeters on the edge of a drinking glass. as one plate catches the wind, the other acts as a weight, striking the transparent volume repeatedly and resounding with the action of the wind. each noise is different, depending on the form and minute compositional variations of the glass, which adapt a musical and harmonic tonality as the successive taps reverberate in place. 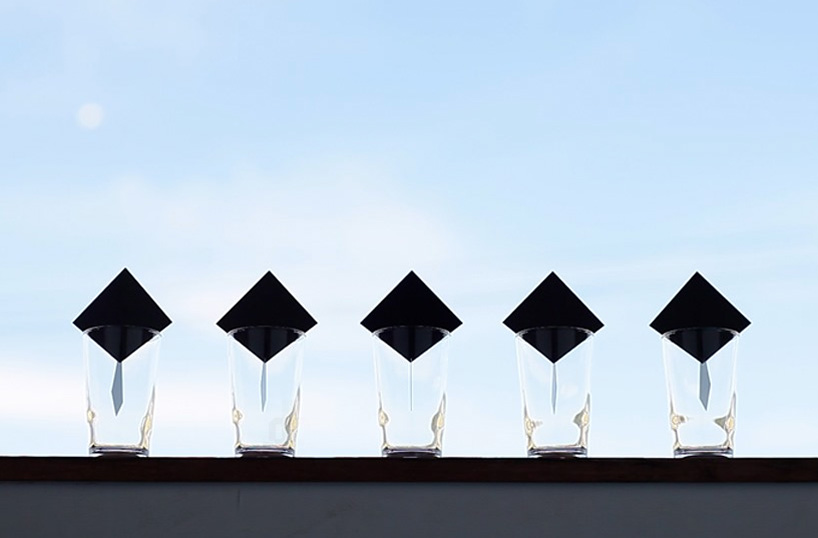 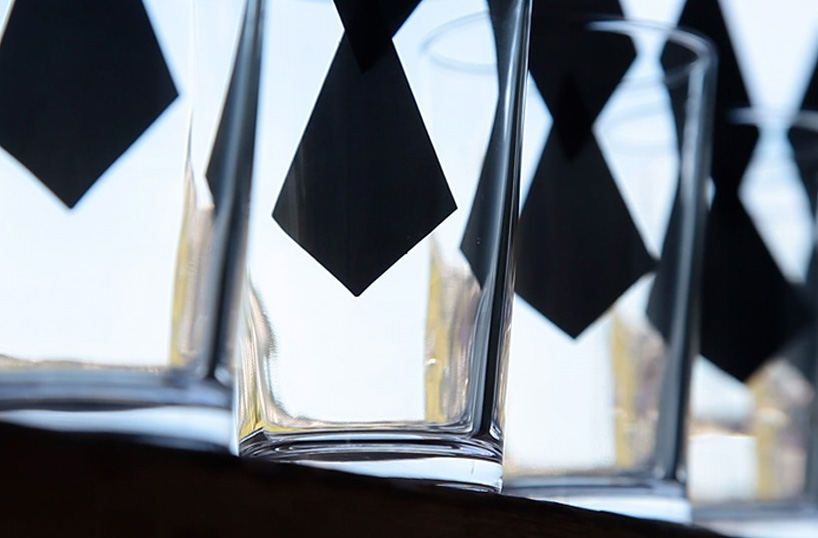 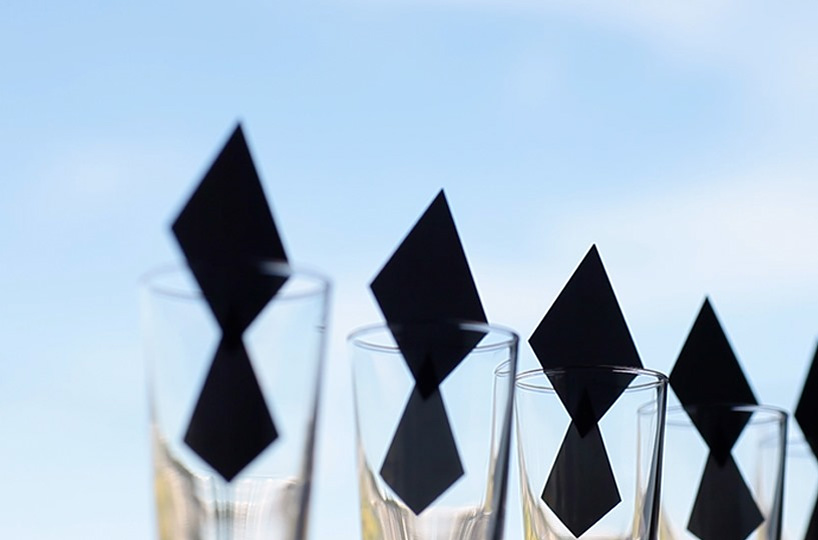 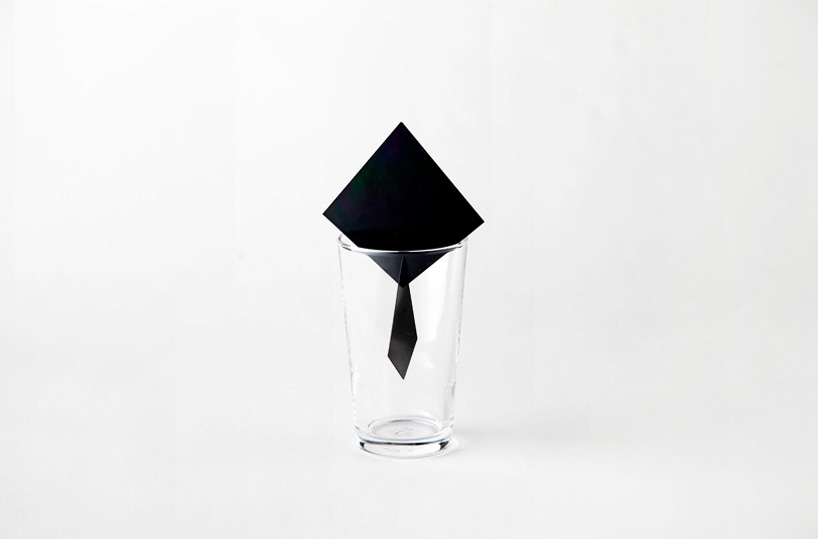 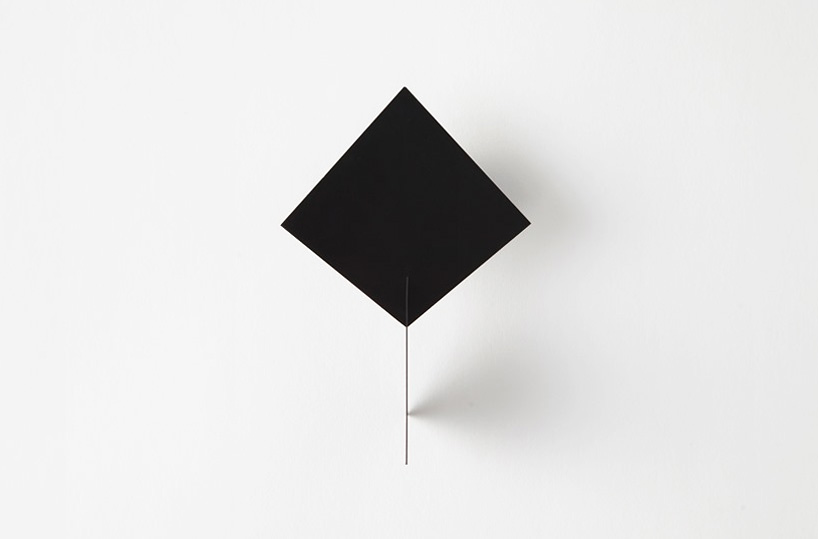 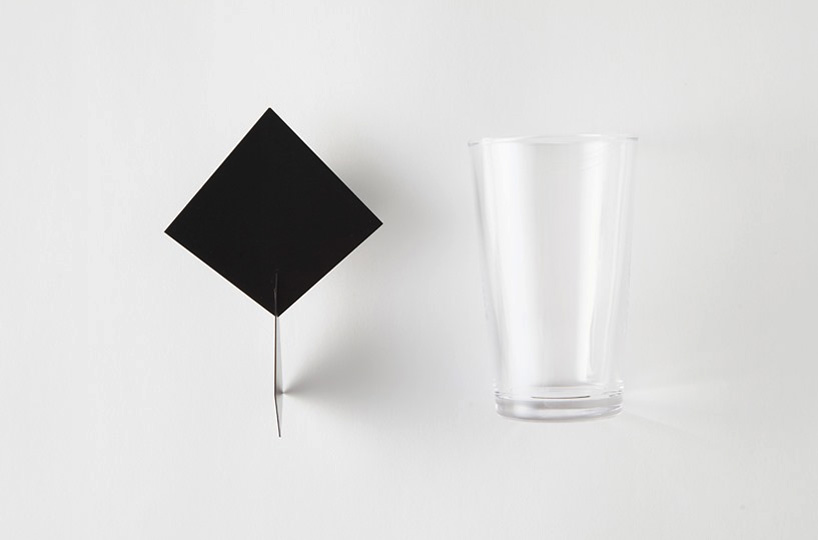 the two simple materials used to create the wind chime 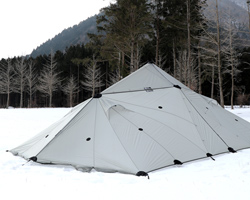 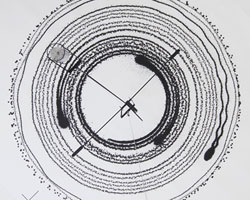 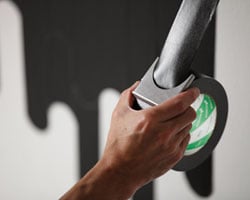 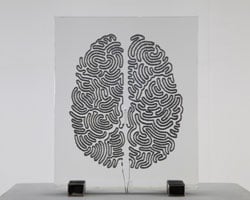 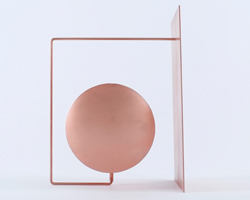