la phrase by laboratoire intégral ruedi baur and writer karelle ménine is a single phrase 10km long currently being written throughout mons. the project will be in process until december 11th, 2015. once completed it will stay in place until january 1st 2015.

‘we want to take literature and literary discussion out into streets, squares, parks and make it available even outside traditional places… taking time is important, each word is a world’ – laboratoire intégral ruedi baur

via laboratoire irb and a team of 3 sign writers the words of numerous writers and poets connected to mons will gradually be hand painted across the belgian city as one of the many events marking its title as the capital of culture for 2015. billed by its creators as both a ‘writing and territorial’ project the aim of la phrase is to ‘offer literature back to the city where it was born’. 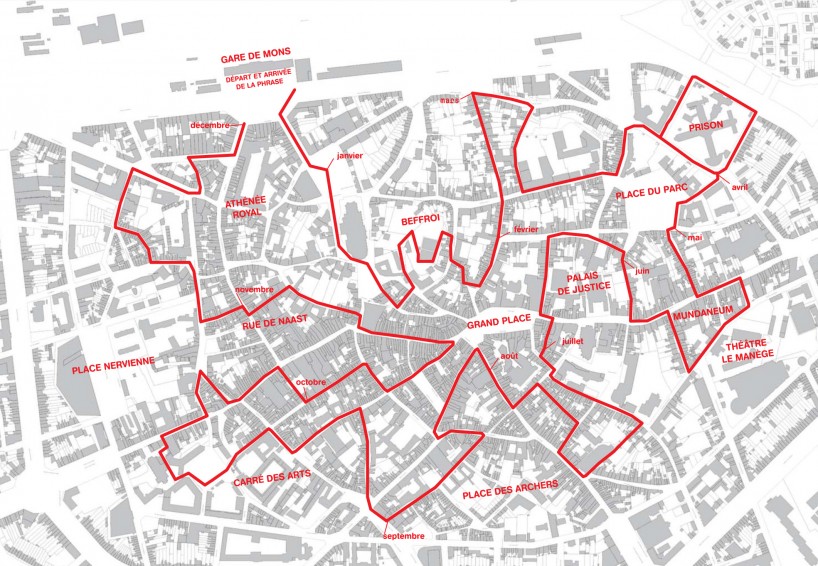 map detailing the location and timeframe of the project

‘mons has been home to some incredible writers and artists in its time; for example in 1934 fernand dumont, lawyer and poet established the surrealist group ‘rupture’ together with his friend and poet achille chavée. at the end of the 19th century, three other famous artists called mons home: verlaine, vincent van gogh and émile verhaeren, a flemish poet, who invited some famous writers to the city such as stefan zweig, andré gide, maurice maeterlinck, stéphane mallarmé and rainer maria rilke. more recently in mons there’s been marguerite bervoets, léon losseau, constant malva, charles bertin, charles plisnier and many others.’ – mons 2015 capital of culture press release 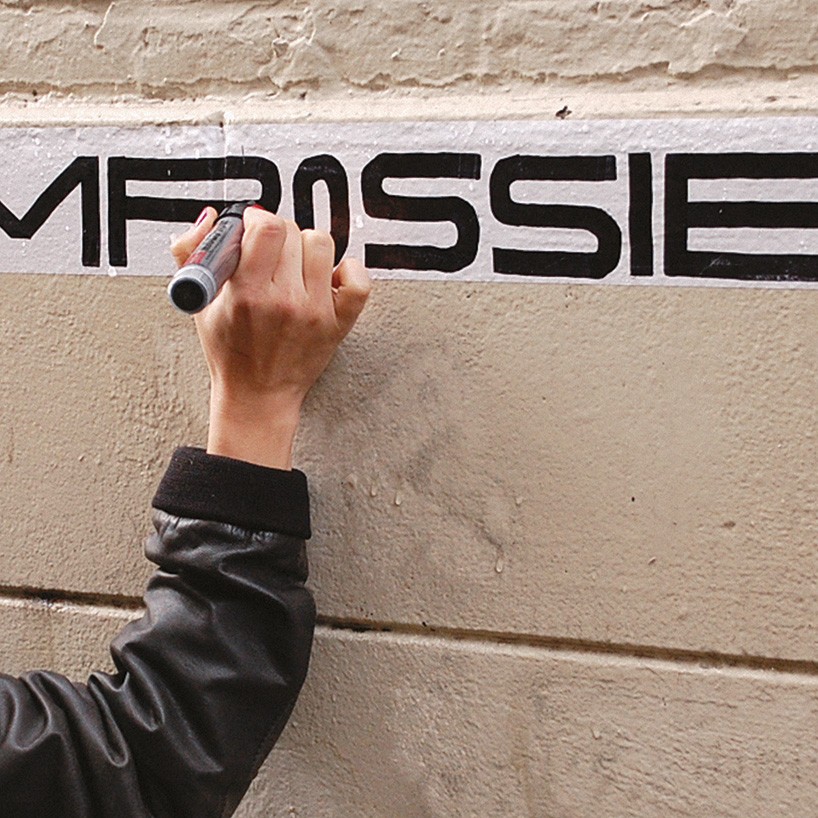 la phrase starts at the train station and zig zags along the walls of the city – winding its way from façade to façade, jumping into parks, running along the stones of historical buildings while all the time awakening mon’s literary past.

the words are rendered in a hand written version of the font ‘garaje’ stretched and skewed as need be. the temporary nature of the project means that the text is being written on 9cm tall strips of film that will be removed at the end of the year. 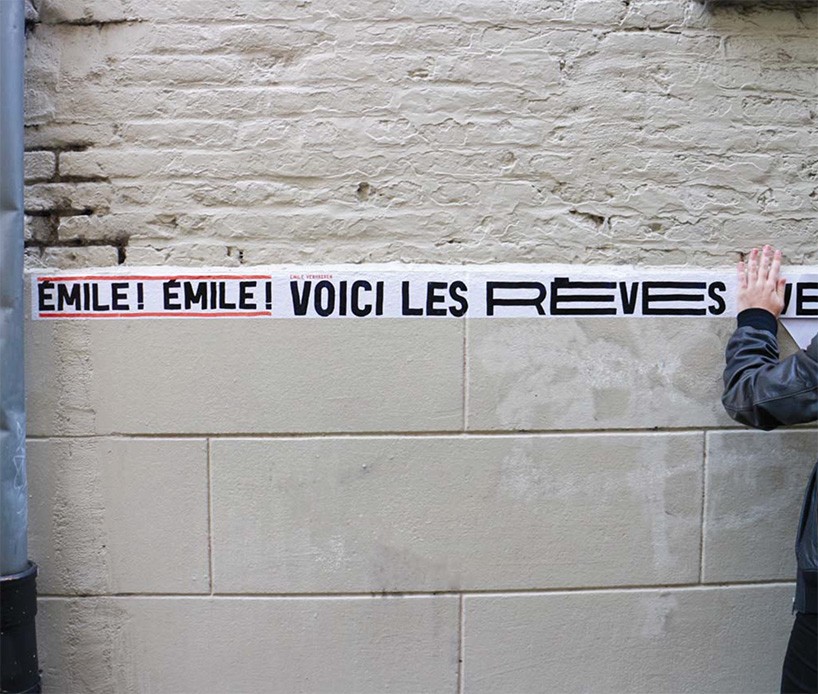 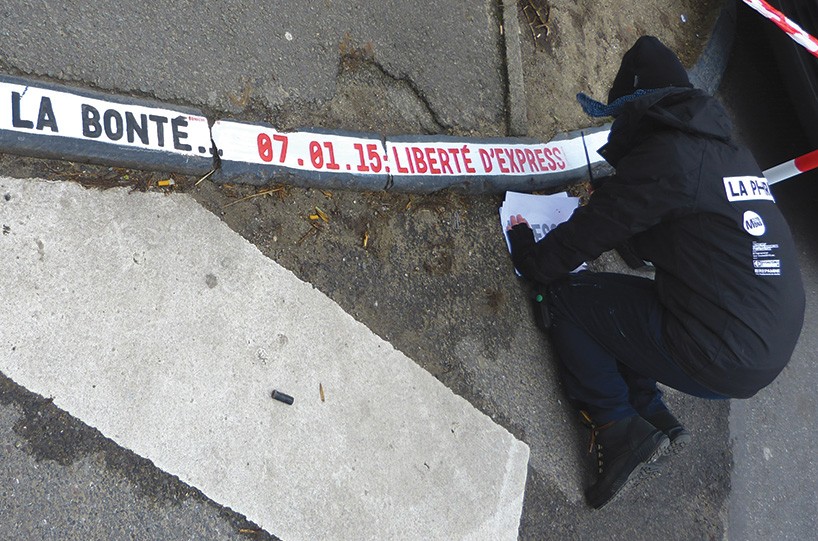 3 sign writers are working 8 hours per day, 5 days a week in order to complete the project on time
photo by irb 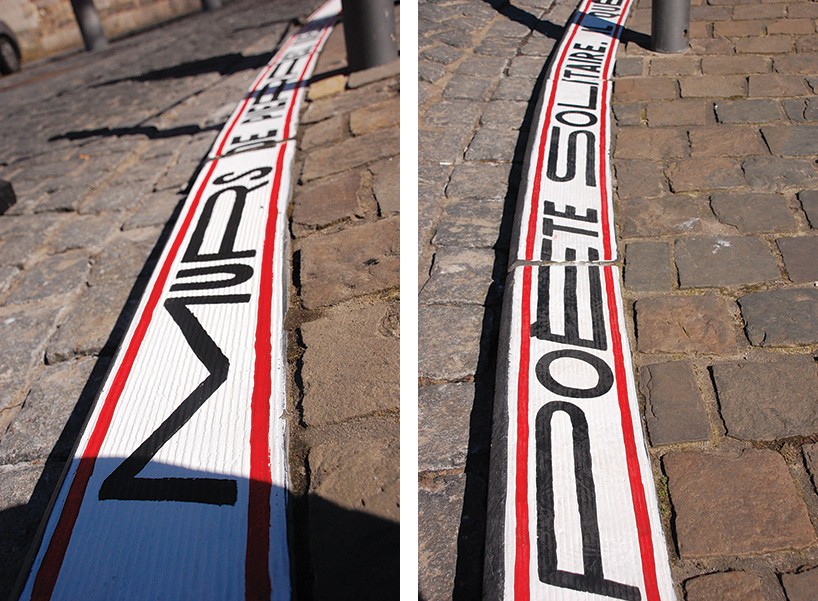 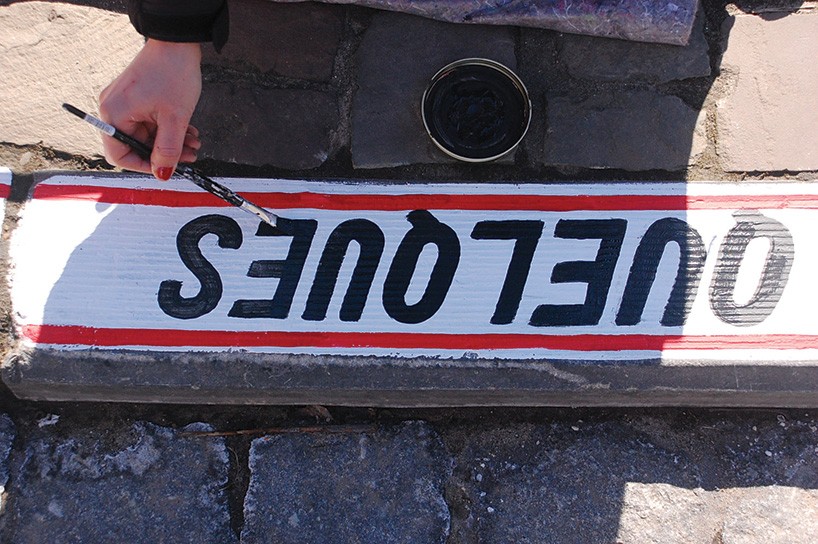 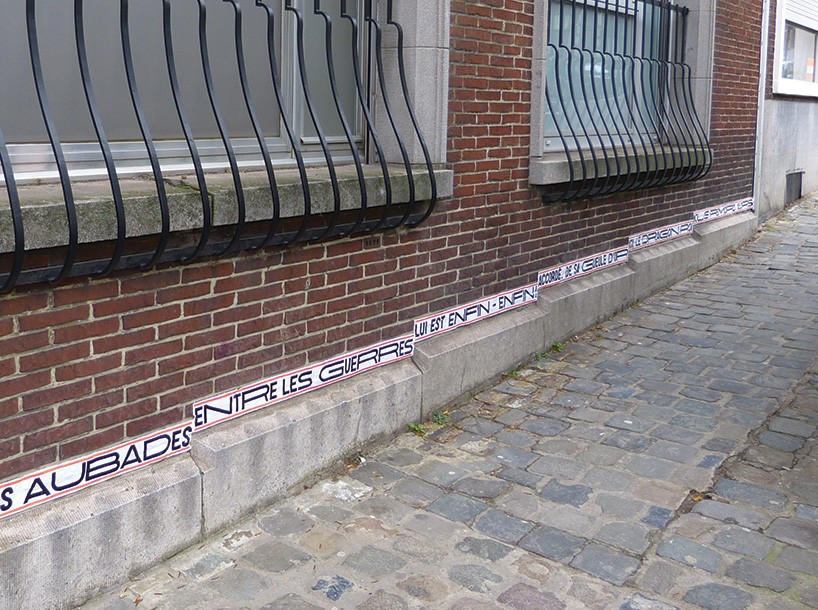 the single phrase crosses walls, sidewalks, roofs and everything in between
photo by irb 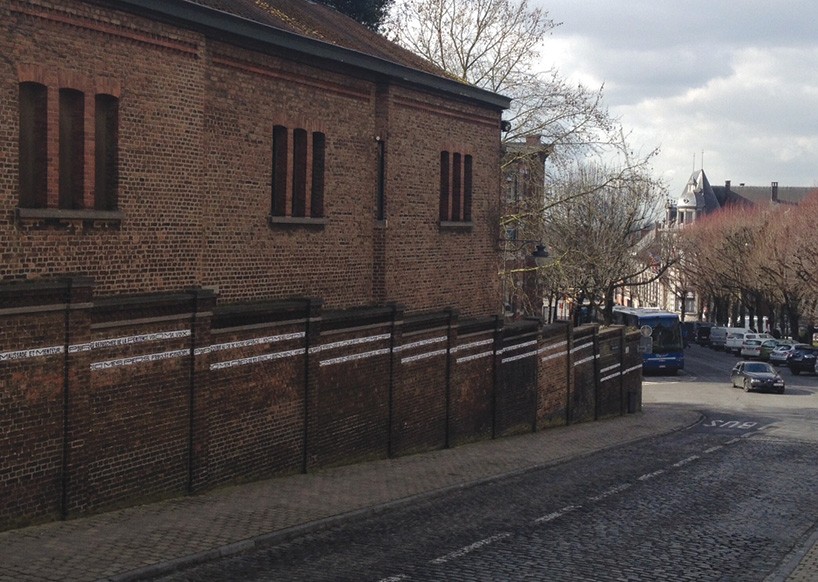 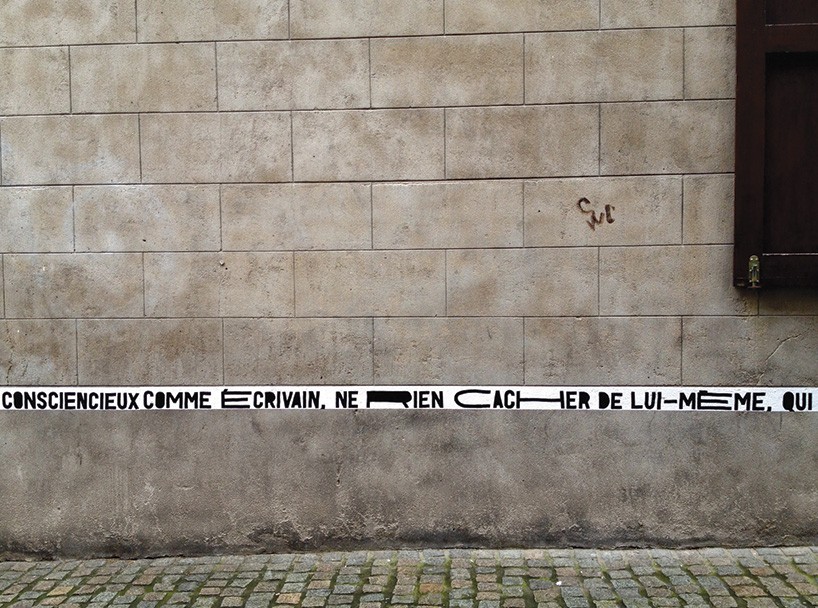 blocked out variation of the letters
photo by irb 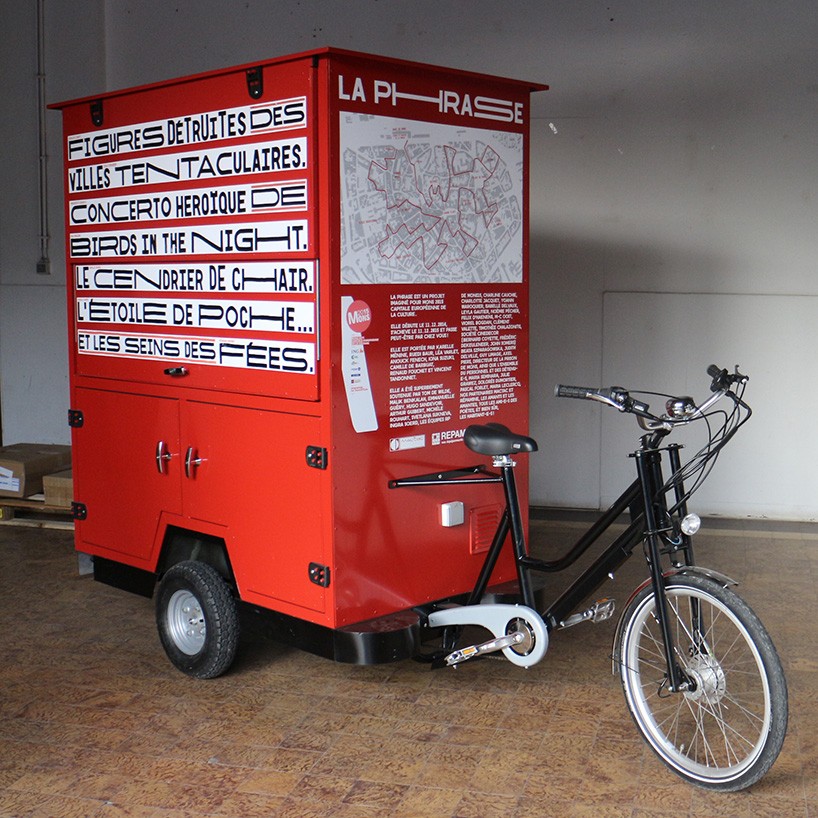 publicity bicycle for the project
photo by irb 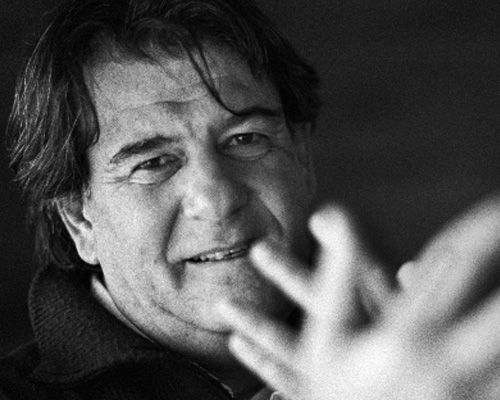 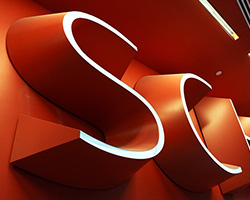