the design of soosoo coffee, by korean design firm labotory, encapsulates the meaning of ‘pleasantly simple’. when developing the concept for soosoo, located in gangam, seoul, the designers looked at the beauty of korean construction of the royal palace and its philosophy. they define the project as ‘frugal, but unsordid, splendid, but not extravagance‘. 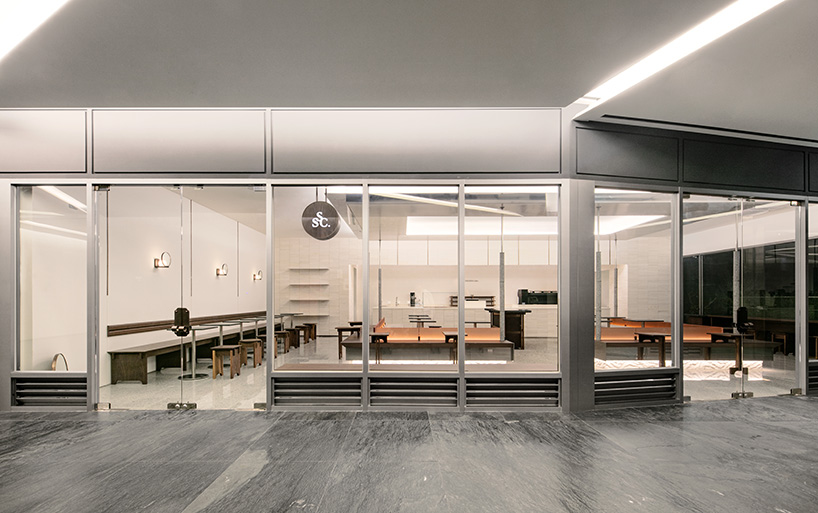 labotory started with the idea of simplicity taking from the brand identity and converted it into a physical and aesthetic space. they explored and represented the philosophy as a visual design language – taking from korean construction elements which interact with nature, a quiet colored ramie fabric with a fine grain, and a generous form of white porcelain. the designers went through the process of discovering korean simplicity and harmonized it with modernity. 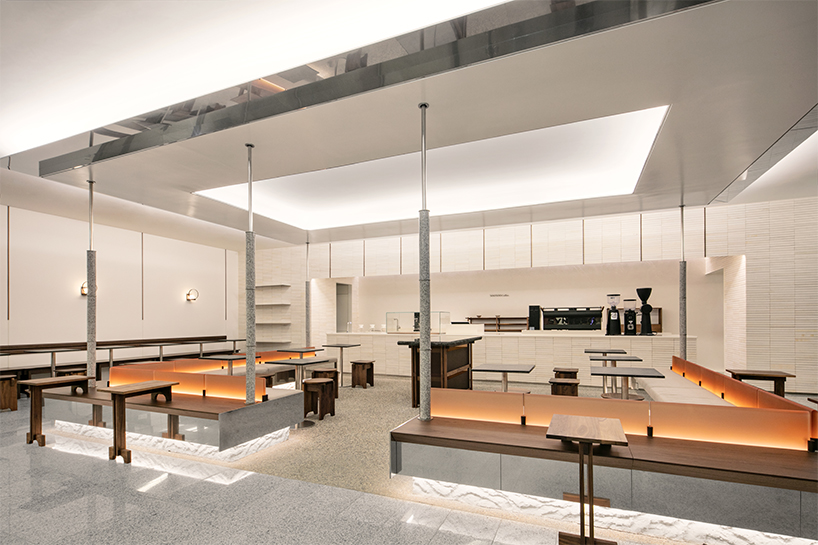 one of the key korean architectural elements is the merging of the interior and exterior, with views of the sky. in this space, a curved ceiling includes indirect lighting, and it creates the impression of a massive space. from this element, visitors can feel the ceiling as like the sky which look from the courtyard of korean traditional palace. the designers brought the second element from a collective term referring to one of the four gracious plants, bamboo. 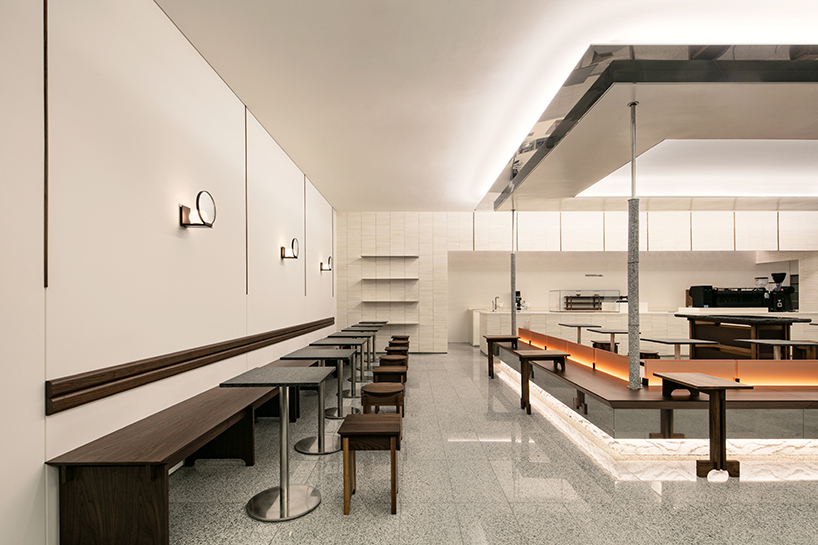 bamboo represents integrity and embodies the concept that labotory intended for soosoo coffee. the column which supports the middle of ceiling suggests territorial behaviors and circulation of the space. by arranging the structure along the column, it gives a sense of stability to visitors. the designers also brought elements from korean construction for the finishing material of the space. for example, a dark gray granite stone is like a stylobate of floor, and an image of white porcelain is for the main space of coffee making. 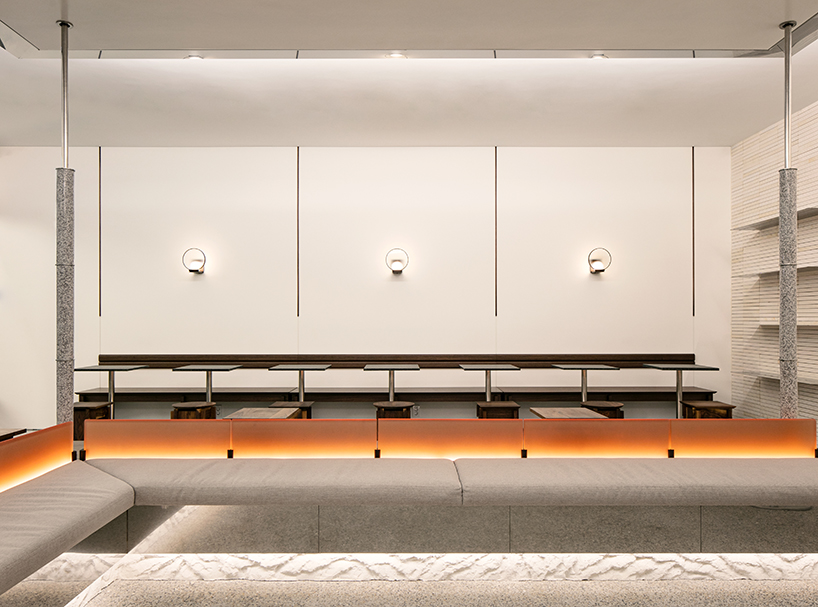 for other elements, a combination of little light came through the ramie fabric is expressed by orange and pink tones. these elements metaphorically represent the spatial color of brand. labotory infused the korean traditional beauty with a modern touch into the three different elements in the space. 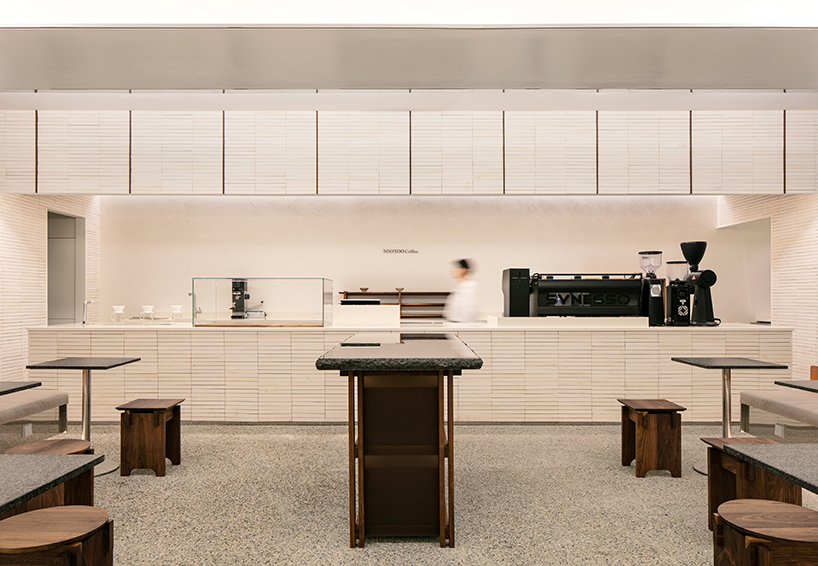 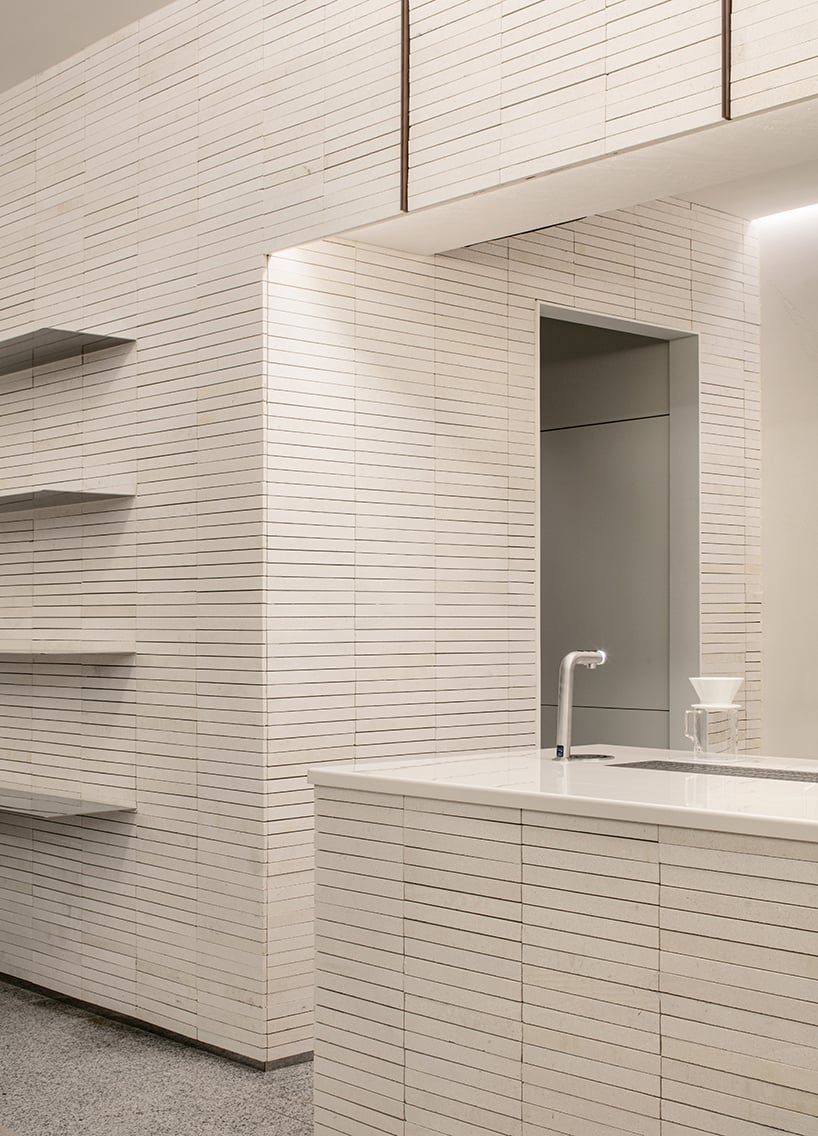 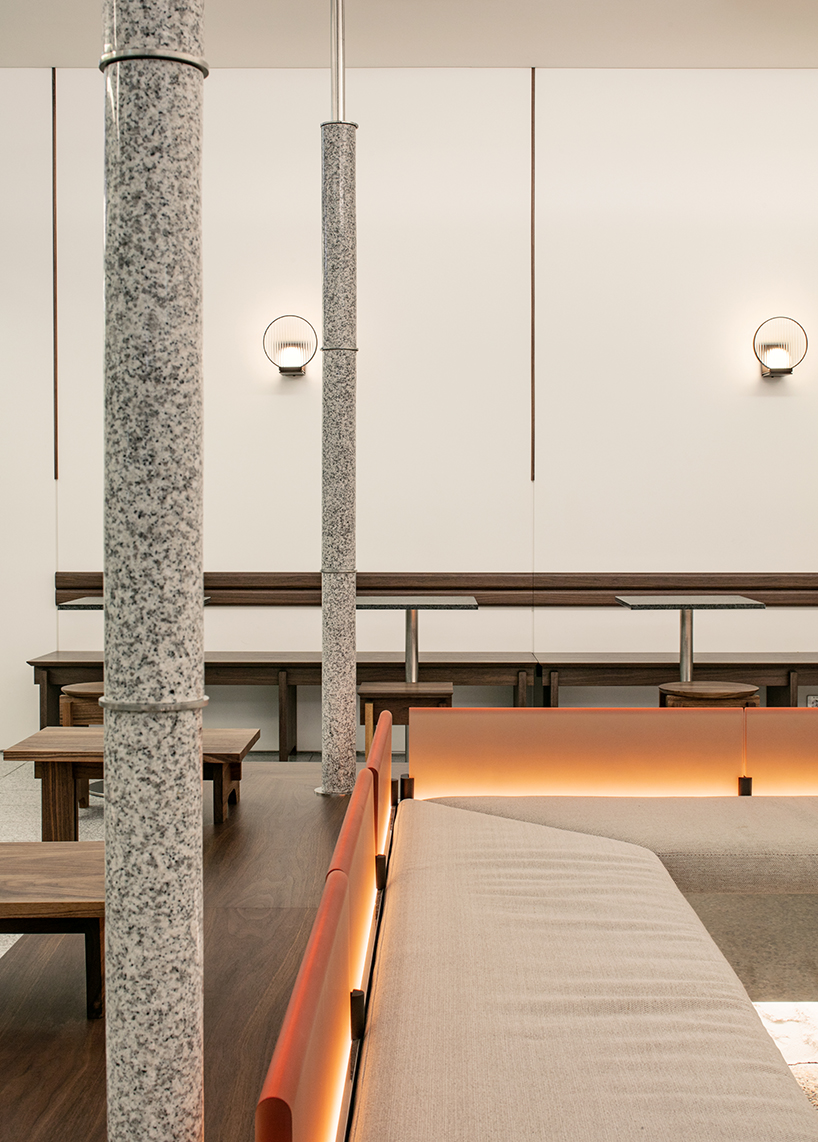 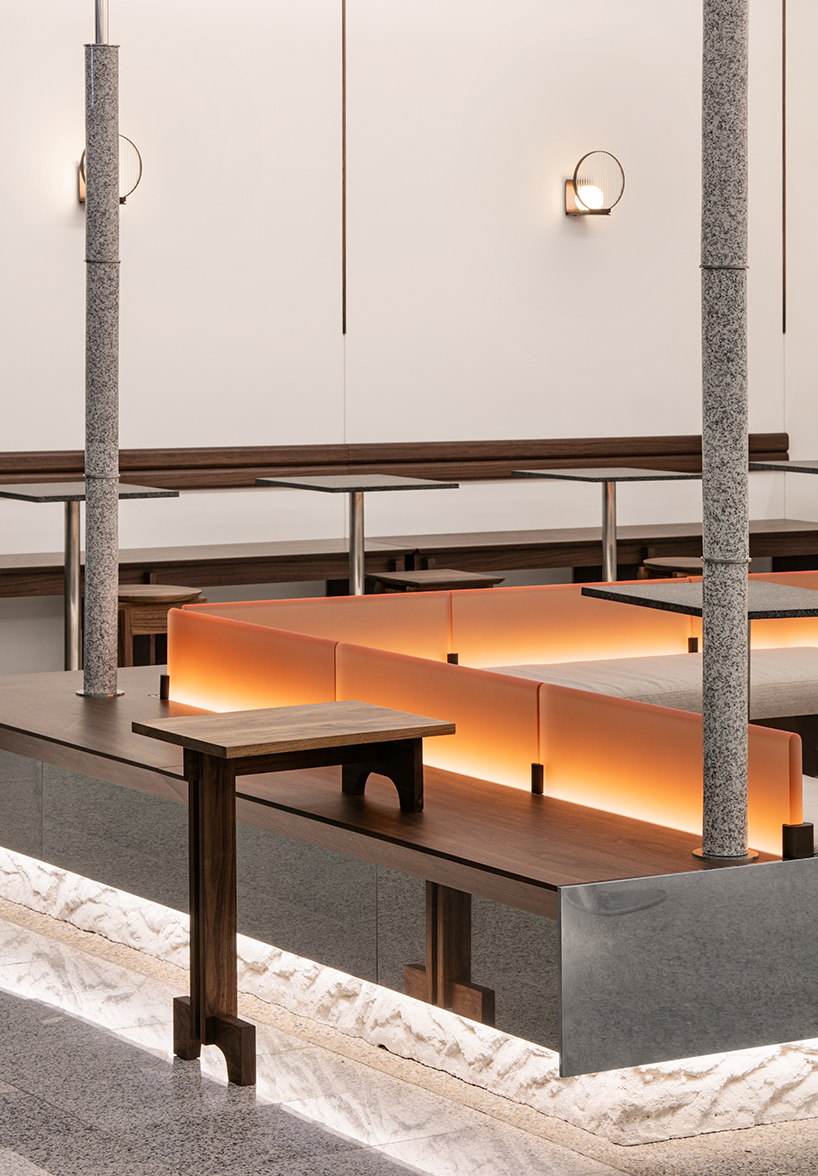 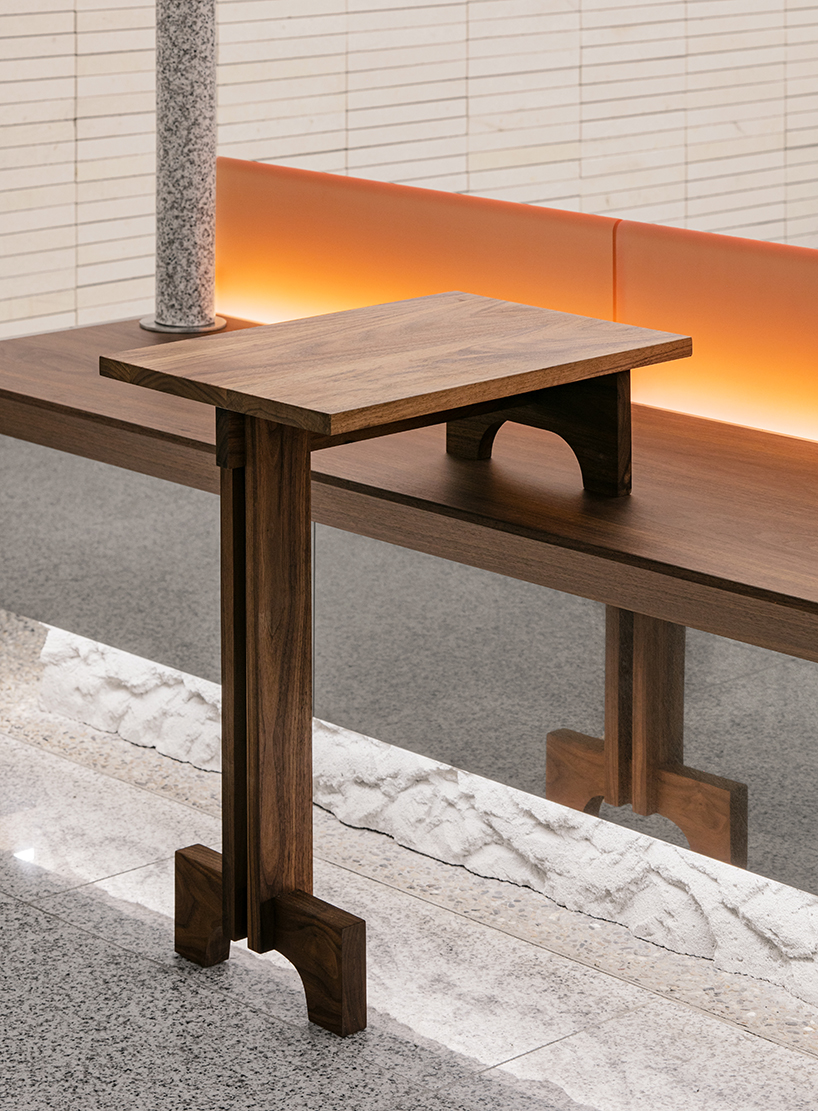 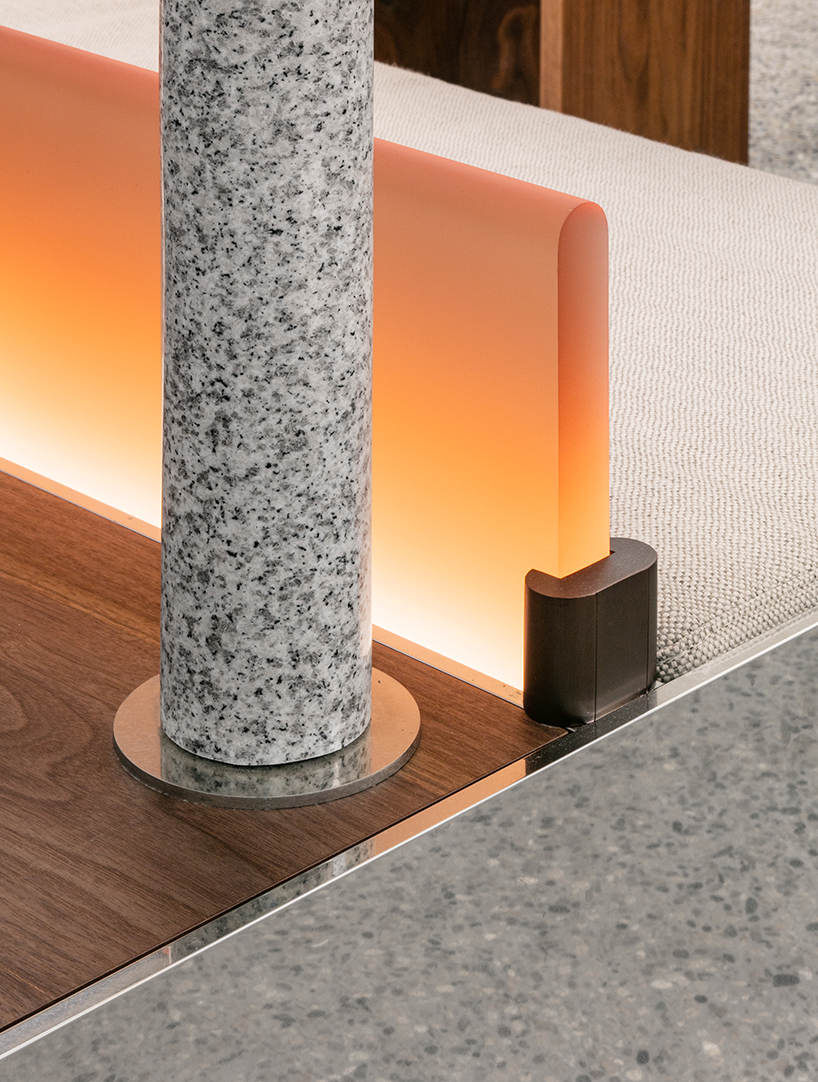 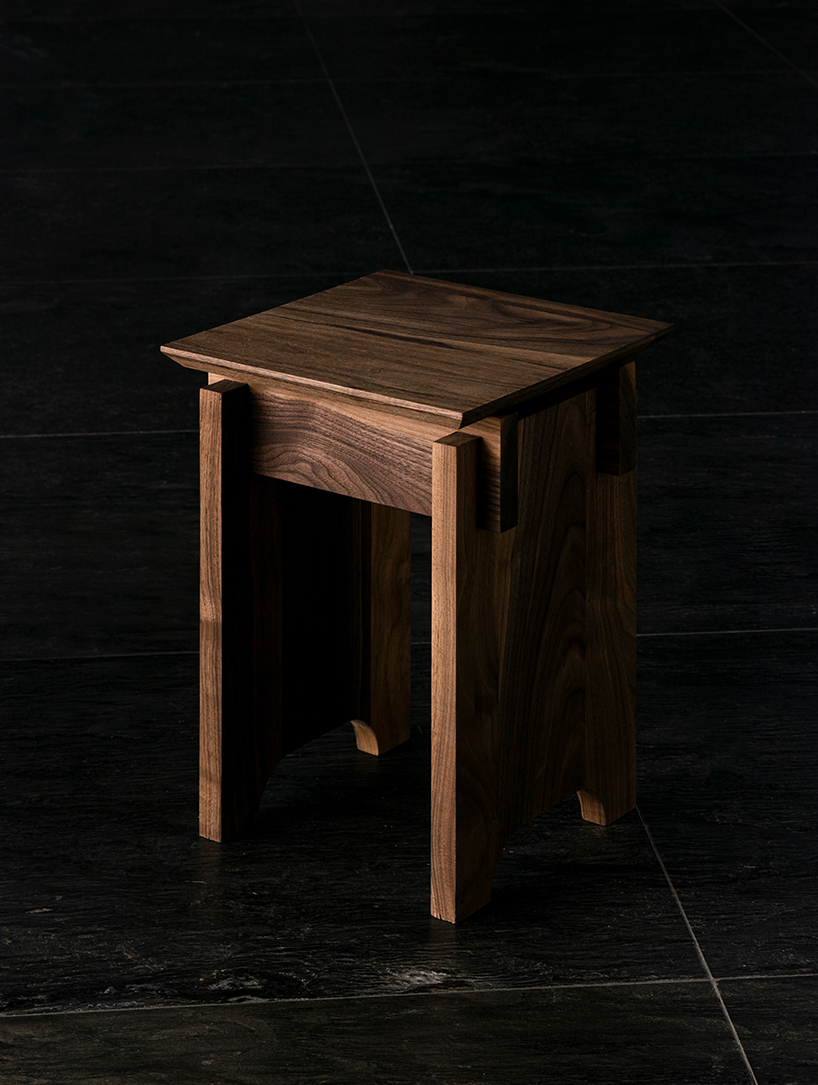 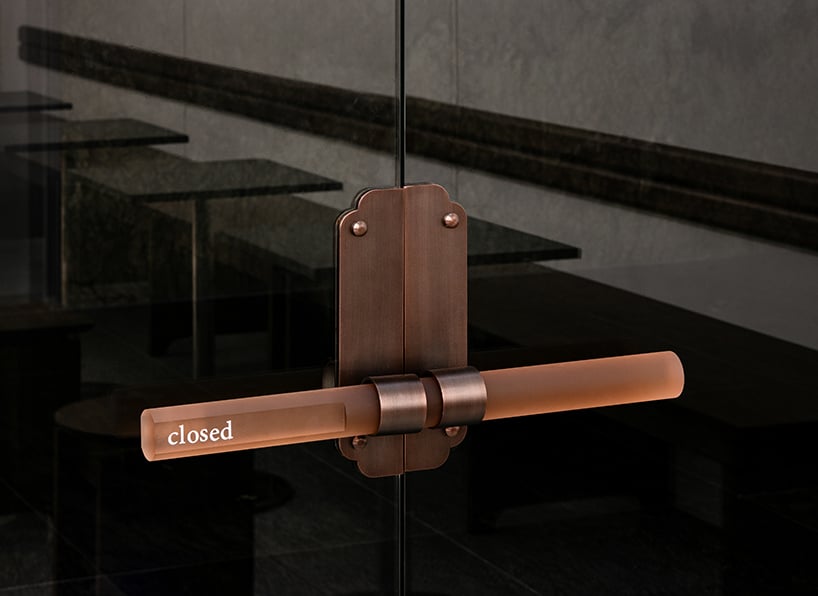 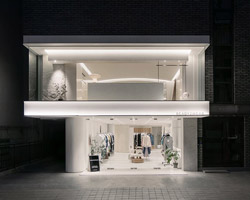 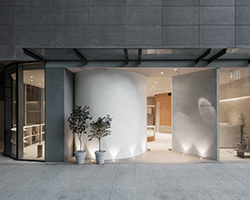 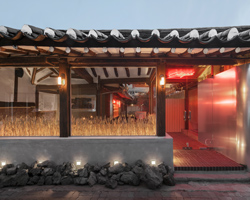 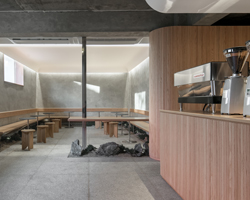 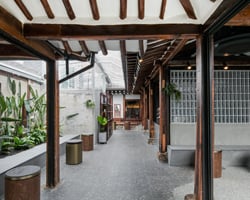