the lace fence was developed by dutch design house demakersvan. the high-end metal fabric is meant to give insight on how to create unique environments through the combination of the ancient craft of lace and industrial chain link fence. demakersvan have been collaborating with a number of partners on public projects which integrate the lace fence into their developments.

in collaboration with kuipercompagnons (silvian van tuyl & wytze patijn), demakersvan is working on the ‘fiets appel’ project in alphen a/d rign, the netherlands in which 1260 m2 lace fence will be applied around the bike parkade at the city’s railway station. the fence will take the shape of an apple, encasing the bicycle parking lot which winds in a spiral formation. the project is part of a larger initiative which is developing the station’s surroundings at alphen a/d rijn which is still a largely underdeveloped area in the heart of the municipality. 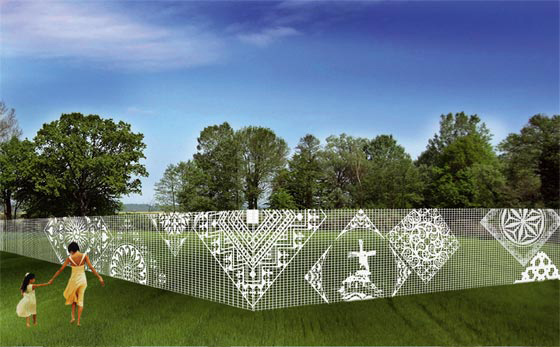 the lace fence will also be installed around the new bijlmer sport park, in zuidoost, one of amsterdam’s smaller boroughs. the fence will separate the sports section from the pedestrian area and will wrap around the sports park – around 1km-long or 3850 m2 in area. the installation is meant to be an artwork entitled: home sweet home, and will contain over 80 patterns and designs which have been influenced by the cultures of the zuidoost community. the project is to be completed in 2011, and is a collaboration with municipal amsterdam S/E, with project leader mirjam gosen. 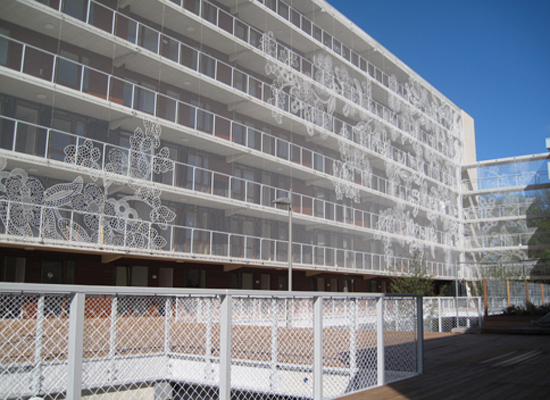 het podium integrates the lace fence on the facades of apartment buildings, designed by SeARCH architects. the facades consist of 150 panels that are seamlessly put together to cover a total area of 3000m2. they are located in the hague, and made from betafence white PVC coated wire. 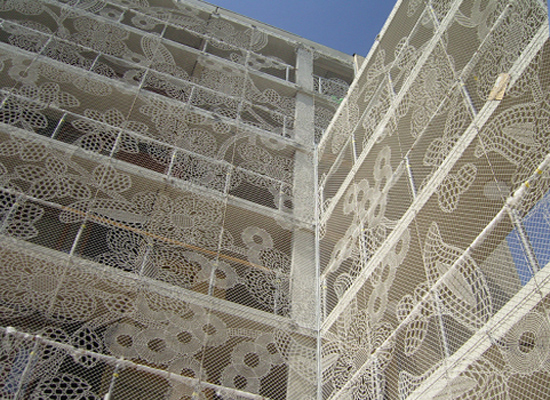 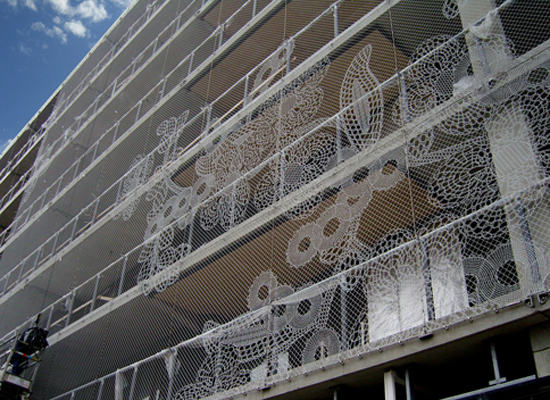 a detail of the enlarged lace design image courtesy of demakersvan