‘mutazioni’ is a collection of two carpets, each displaying a top-down view of two fictitious insects: ‘amaurodes chernobilis’ and tacua fukushimae’. these anthropod animals have been conceived from lanzavecchia + wai ‘s fascination with historical entomological illustrations, and the presence of radiation which is floating in our cosmos. their names have been independently derived from the nuclear disasters of chernobyl and fukushima–the fear of nuclear energy matched by our growing dependence on it–and in addition, allude to a new species of a beetle and cicada respectively.the hand-tufted rugs, produced by nodus, depict background patterns which follow the precision of the ‘golden ratio’ as a means of emphasizing the asymmetrical imperfection of the mutated specimens at hand.

‘nature, being the system of perfect design evolution bestowed upon us, is distorted and irrevocably changed by humankind’s hand after millions of years, and the effects of this create unknown ripples in our future, showing us how fragile life is.’ this is what lanzavecchi + way hopes to convey with their designs. 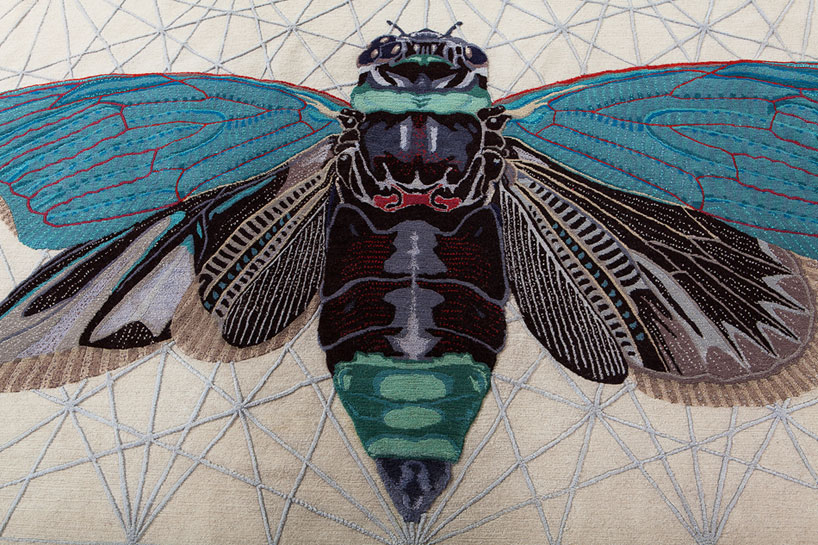 detail of the ‘new species’ of cicada 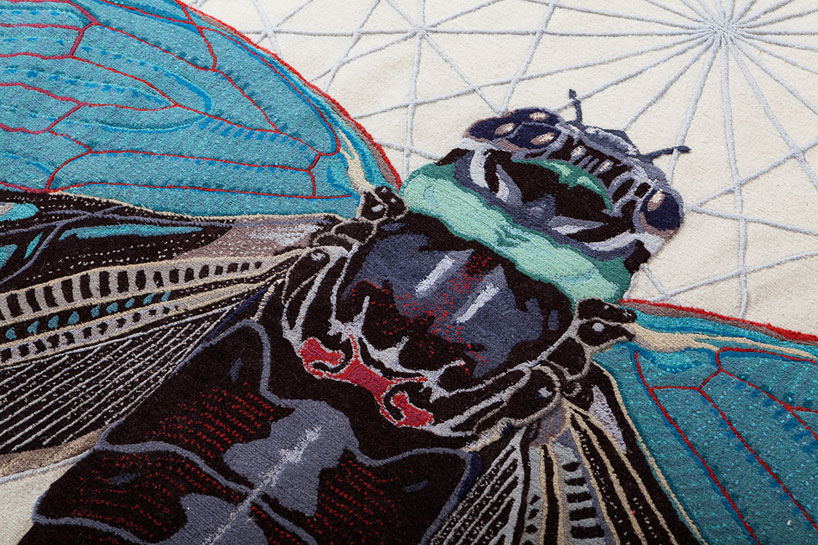 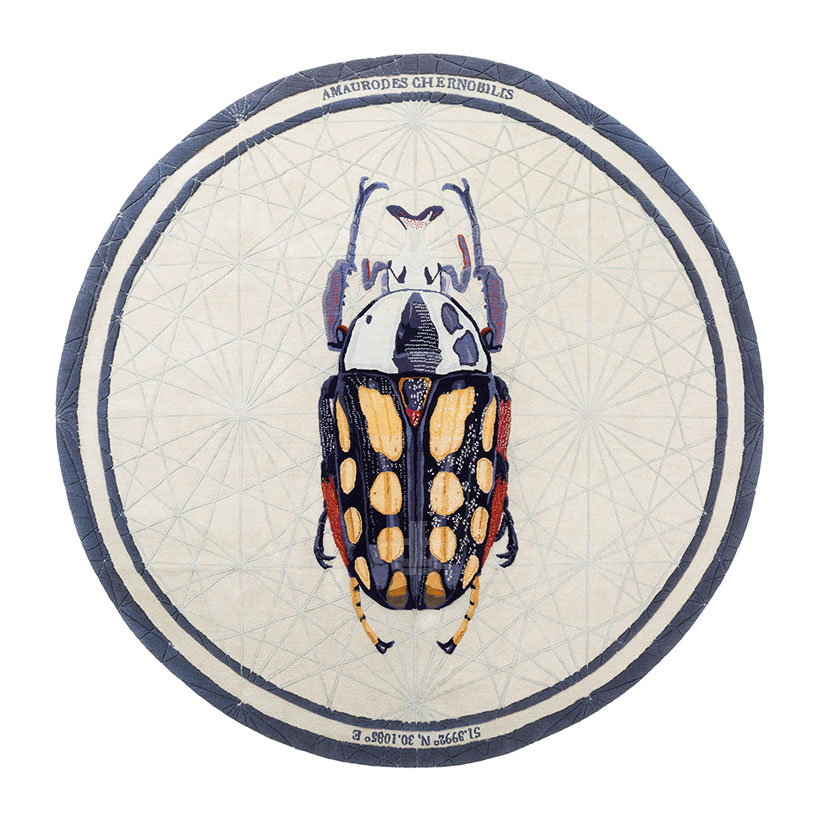 a detail of the fictitious beetle’s head 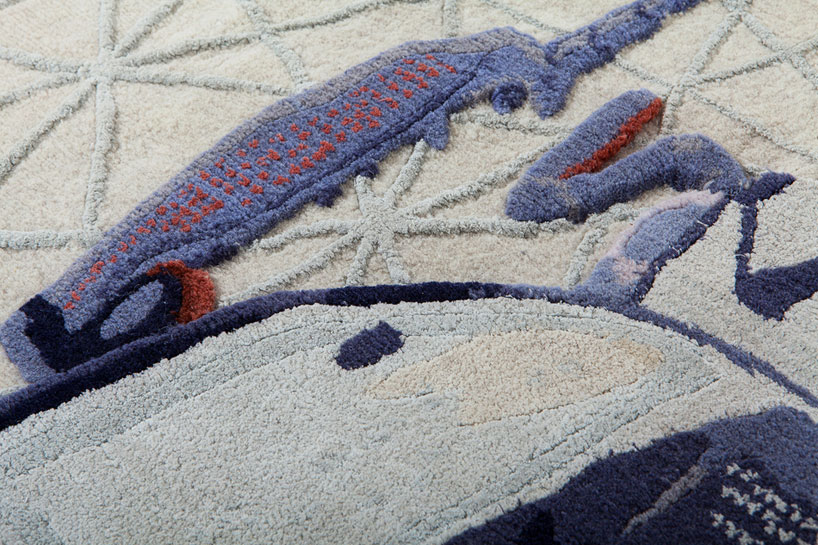 up close of the hand-crafted rug

detail of the imagined cicada

up close of the patterning 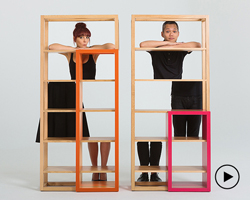 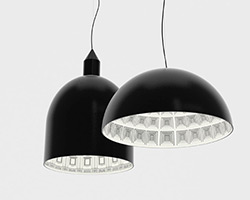 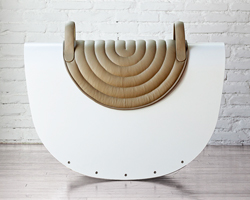