hit the slopes on recycled plastic

student lars ljungkull and founder of normal goods studio has created these skis from plastic bags for his industrial design senior project at iowa state university. ljungkull began by melting down the recycled plastic in an attempt to develop a sustainable top sheet and base for the skis. he chose to use plastic bags because the HDPE they are made from is similar to UHMWPE, which is used in performance skis. after discovering the inherent beauty and strength of the resulting material, he set out to make the skis entirely from it. 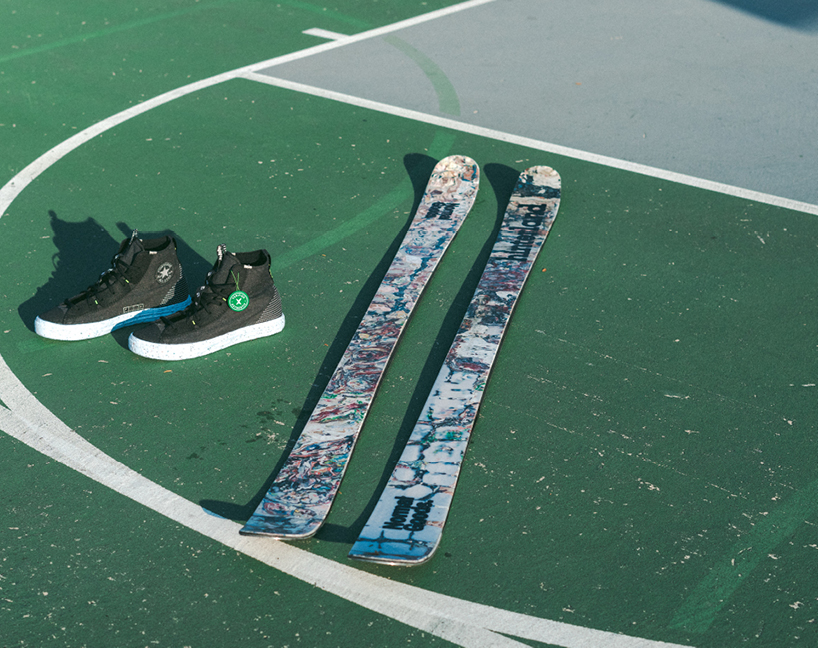 through a series of tests, ljungkull learned more about the material before finishing with a functional pair on the fourth prototype. due to the relative softness of the recycled plastic material, it was necessary to add a birch plywood core to allow for ideal flex. steel edges were also co-molded into the skis for performance.

after the fourth prototype, ljungkull contacted hinterland skis to collaborate on a pair of skis. the student then produced the eighth-inch thick top sheet for the skis which hinterland used to create a pair of carbon fiber performance skis. 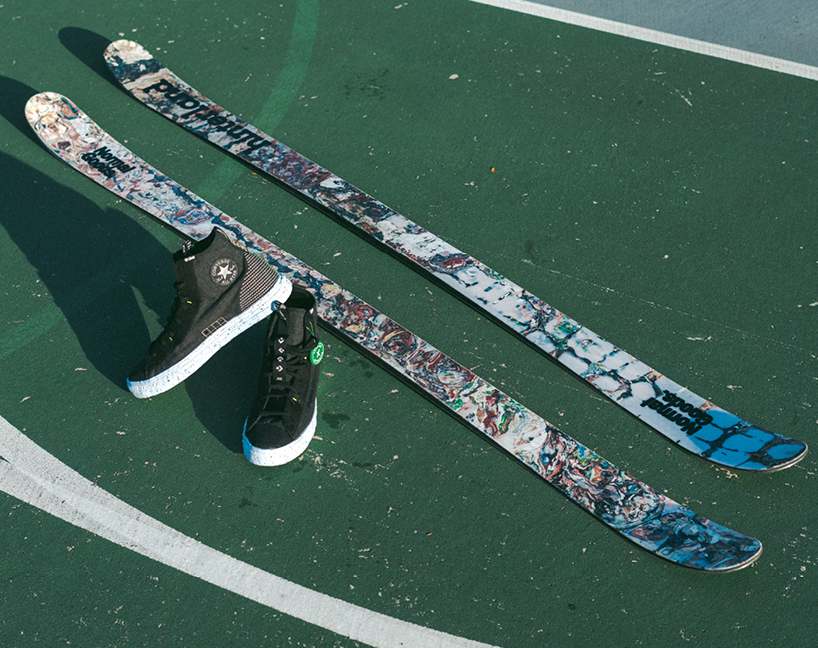 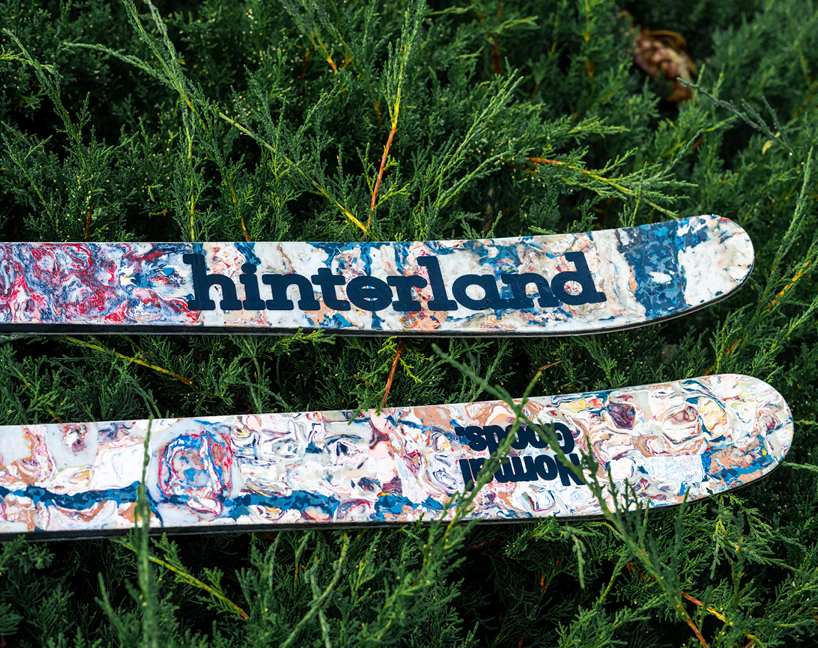 steel edges and a small wooden core were added for rigidity 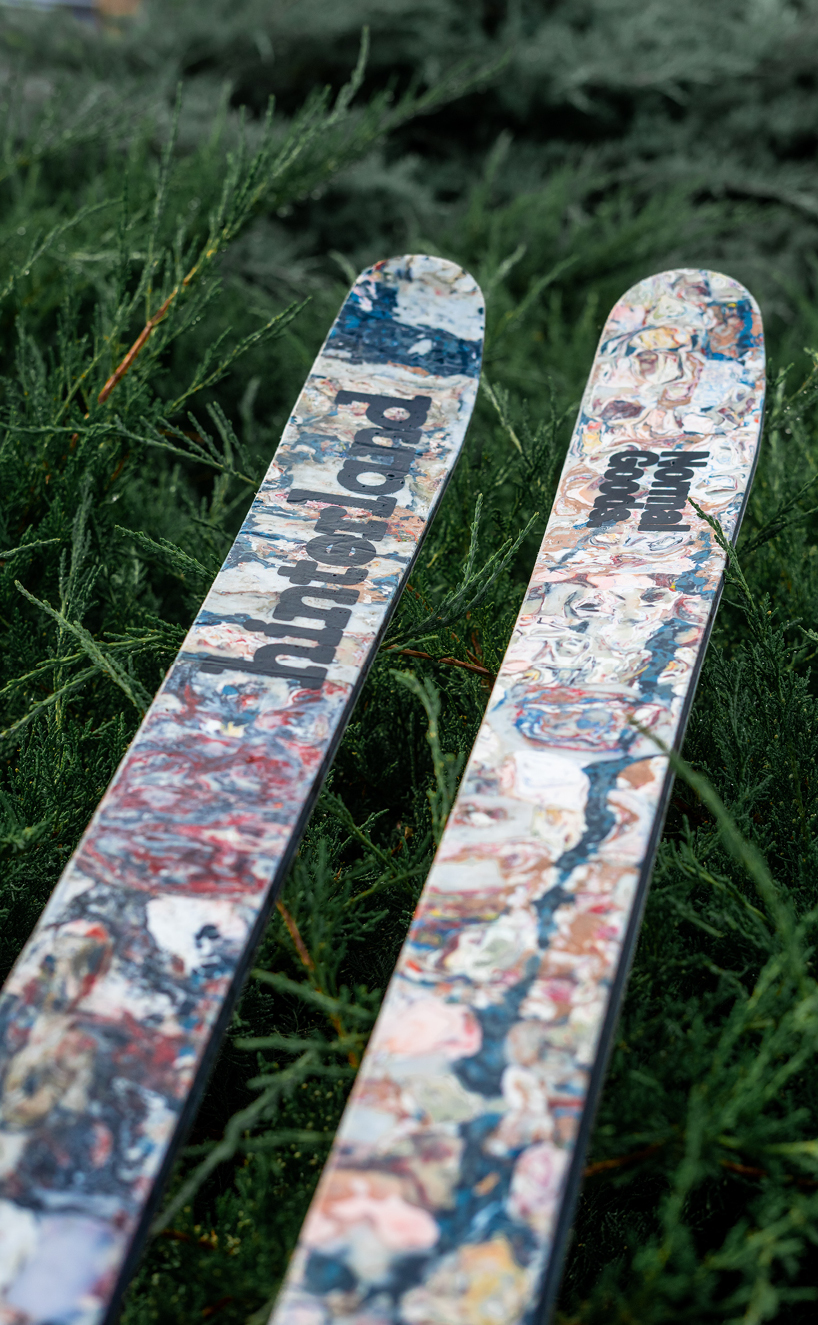 the melted down plastic bags create a marbled effect 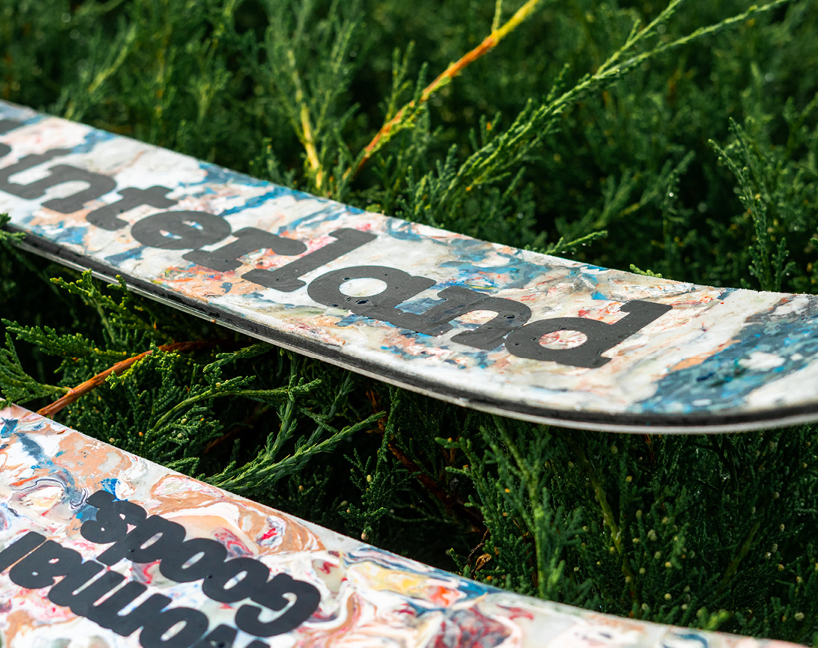 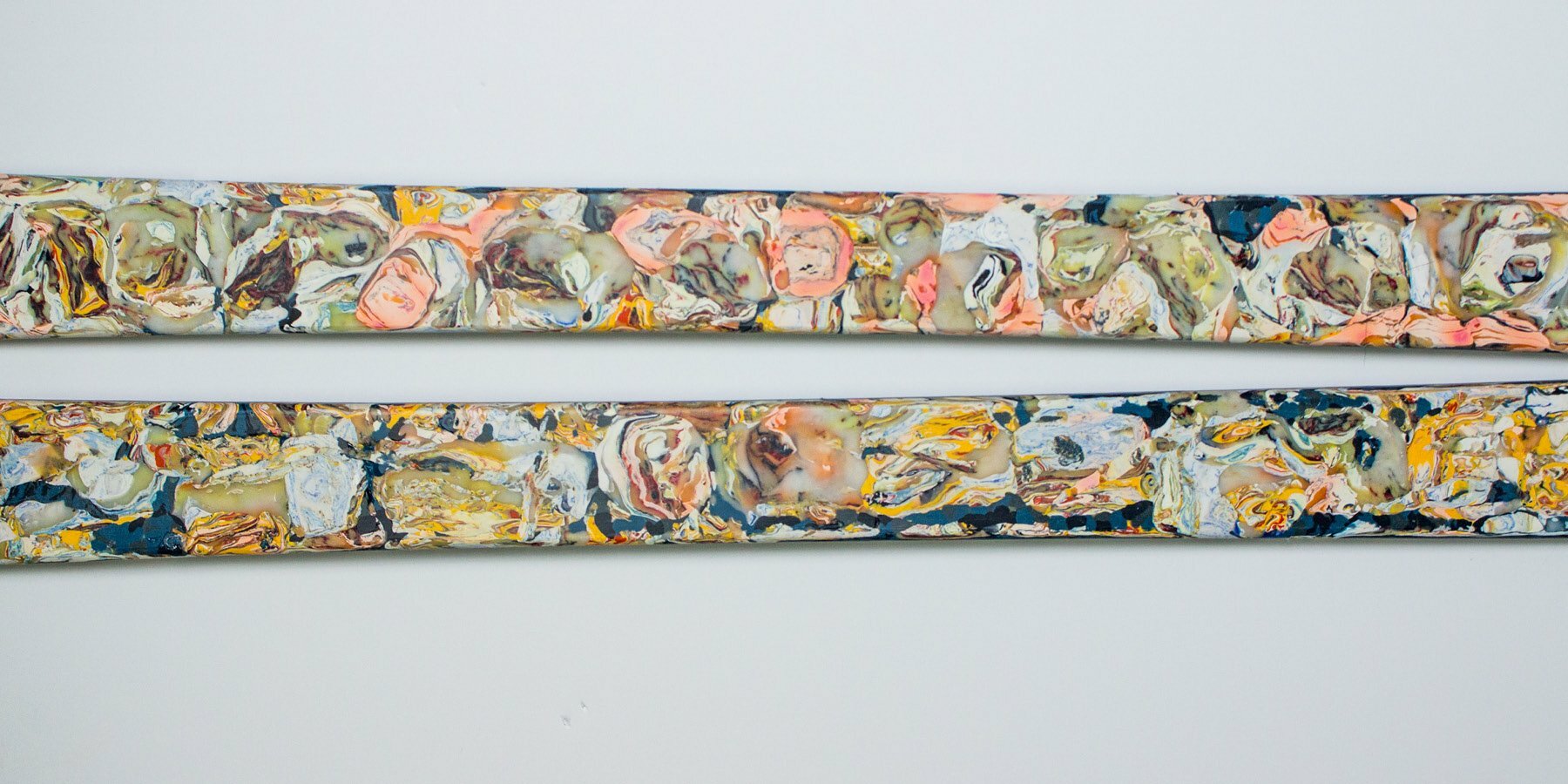 close up of one of the prototypes 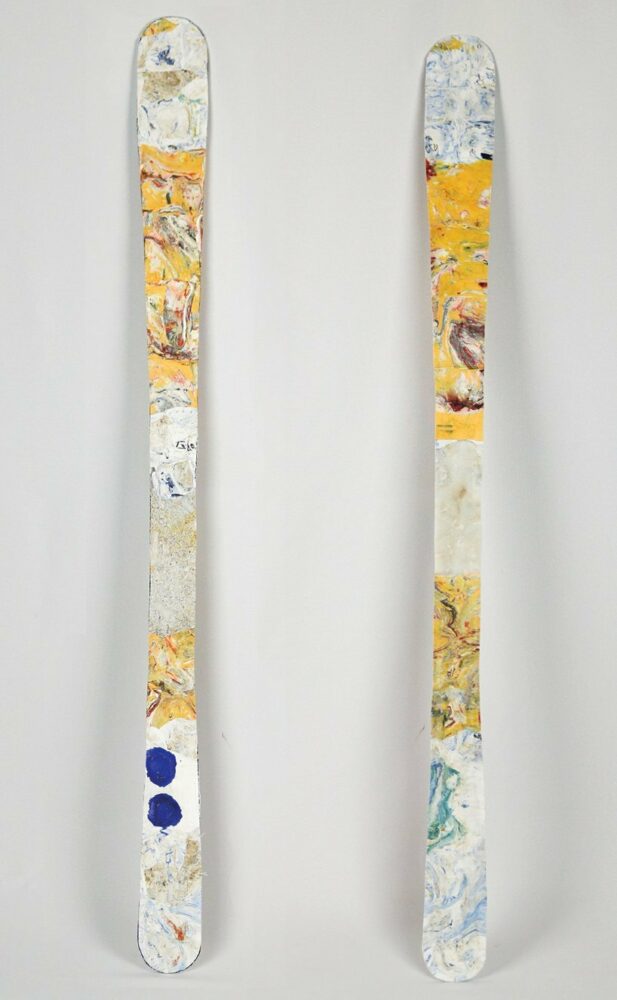 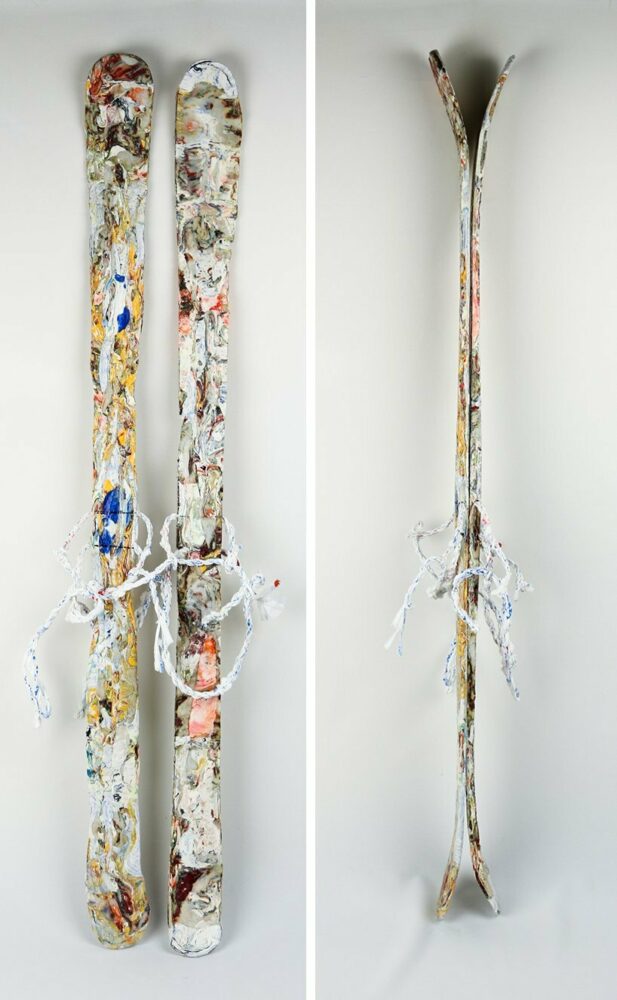 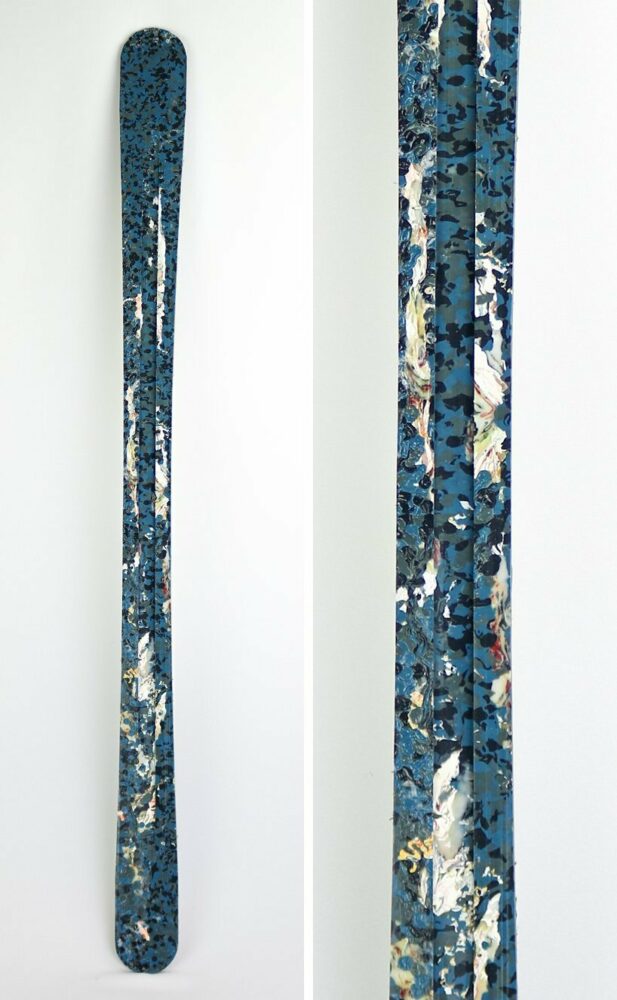 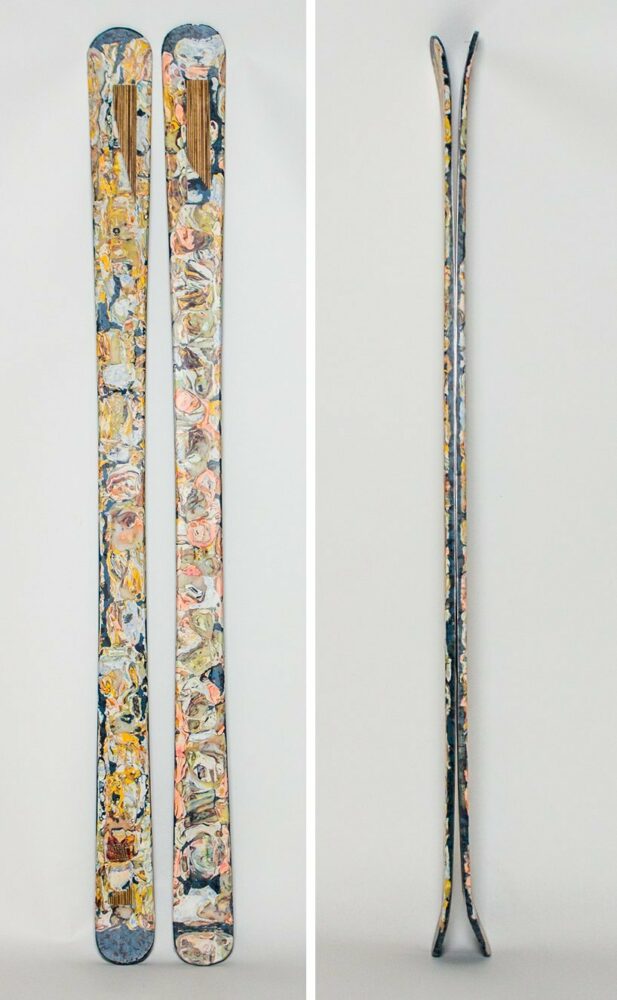 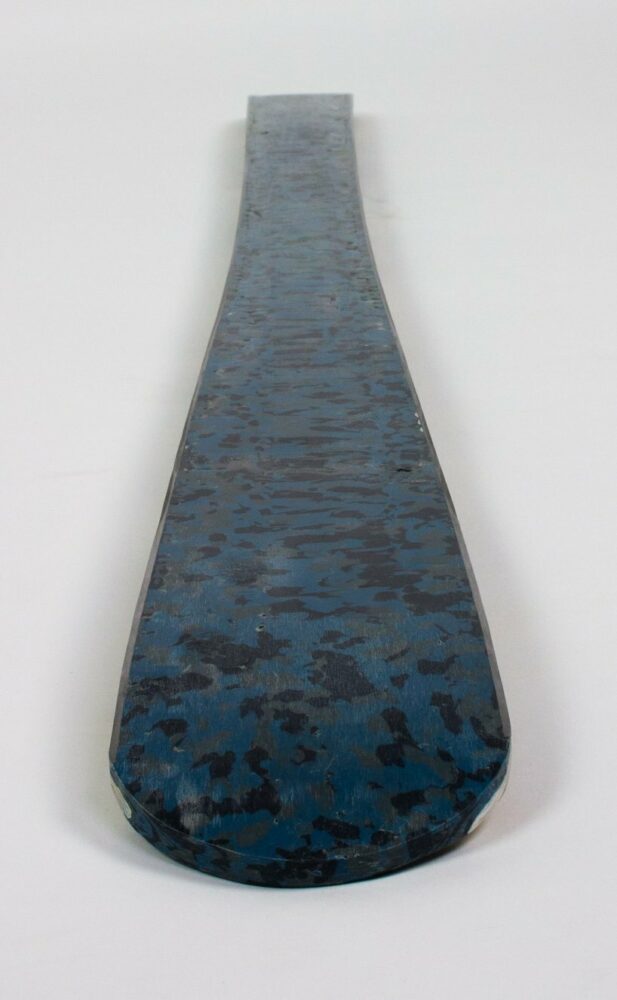 base of prototype D 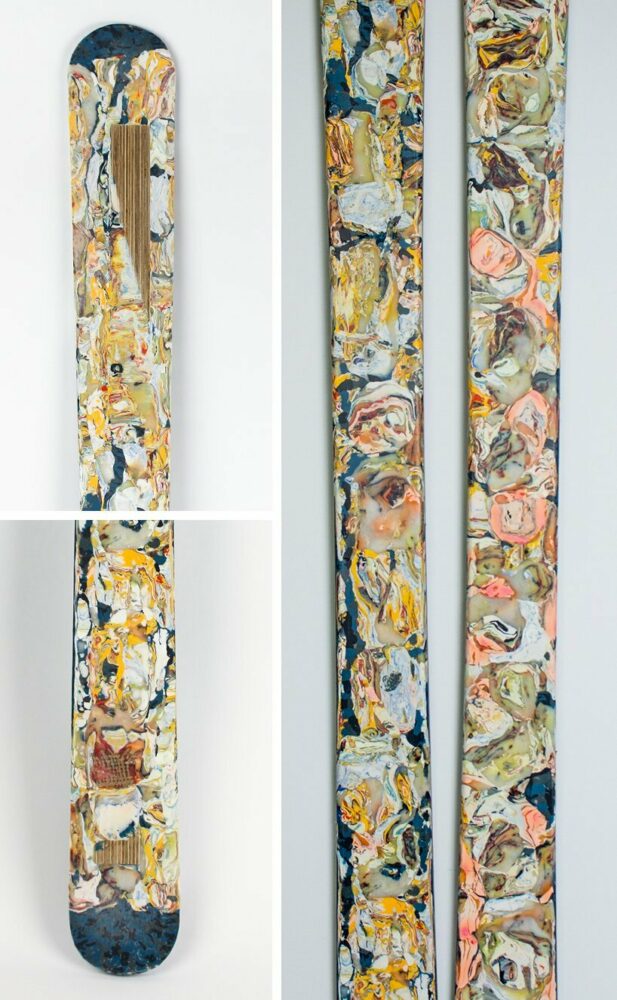 close up of prototype D