the LASVIT ‘the concurrency’ chandelier hangs in the lift-lobby of a MVRDV newly designed glass office in hong kong. the former industrial building was recently transformed by the dutch architecture and design firm, into unique offices, filled with light and topped by a roof garden. now, as soon as people enter the workplace, they are greeted by a striking, dynamically-lit glass sculpture. 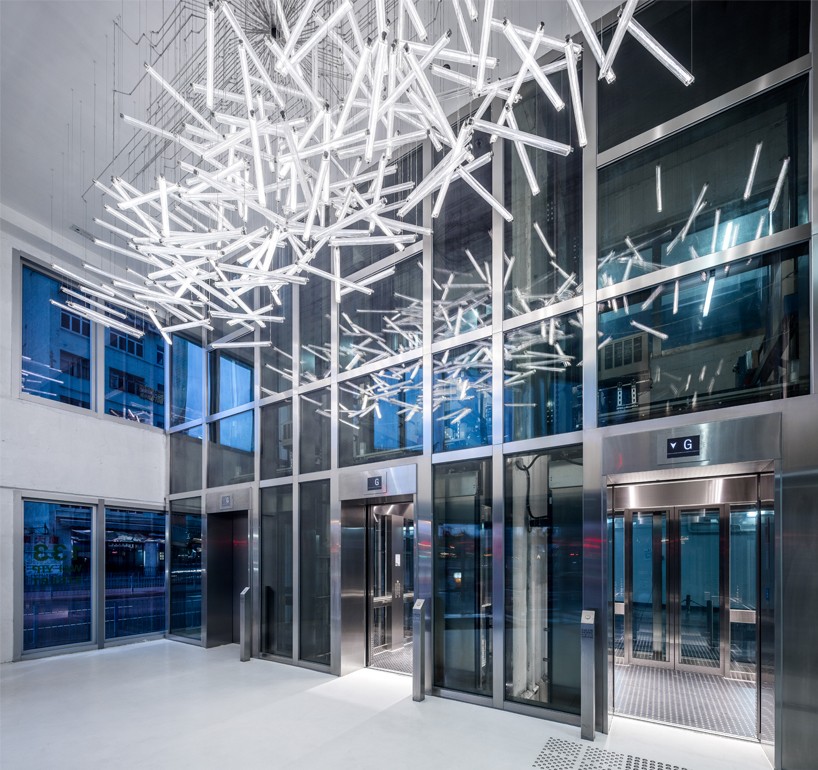 the glass vortex immediately greets people to the building

created by the czech designer and the bespoke glass installations manufacturer LASVIT, ‘the concurrency’ chandelier showcases an intentionally exposed intricate ceiling cable system. this feature is a first for the brand and in turn creates a unique spider-like composition, which resembles the printed-circuit-boards found in electronics.  this, together with the sculpture’s individual glass elements, which are molded, folded and hand blown, produce a striking blend of raw industrial structure and tactile design.

the LASVIT ‘the concurrency’ installation’s glass fragments pay tribute to the classic industrial fluorescent tubes, which repeatedly appear at intervals inside of the MVRDV-designed offices. the sculpture’s tubes create an appearance of a swirling vortex, occupying the middle of the lobby, and much like the building as well, it reflects a new sense of purpose, quality and refinement. 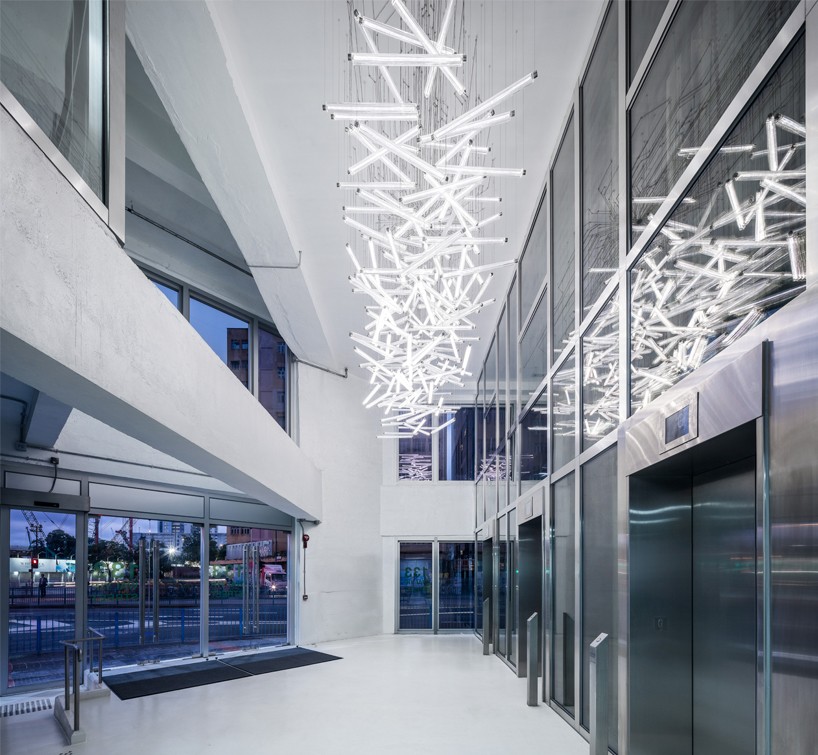 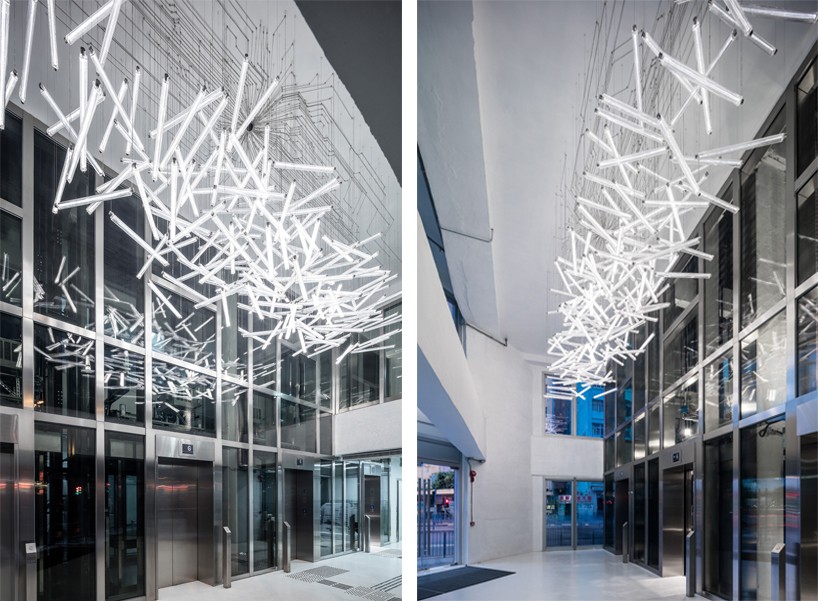 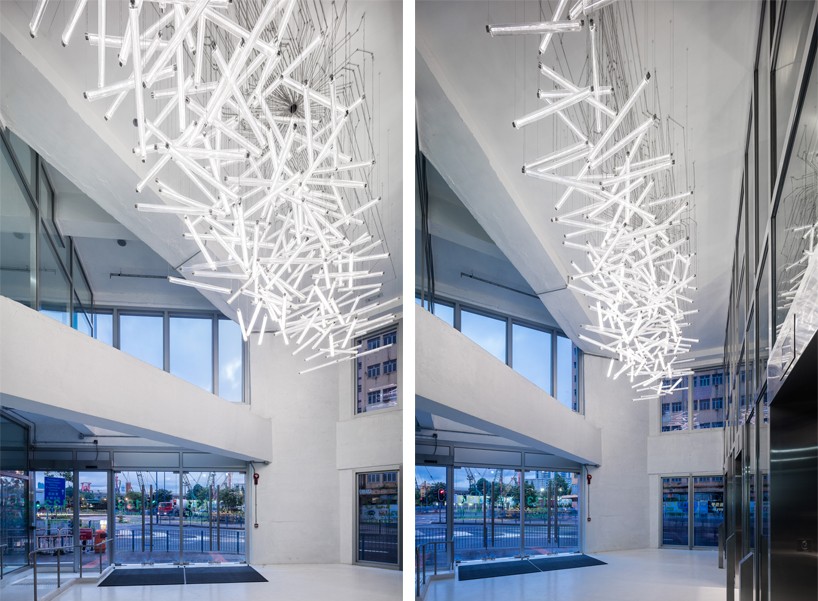 the lighting swirls down the whole lobby 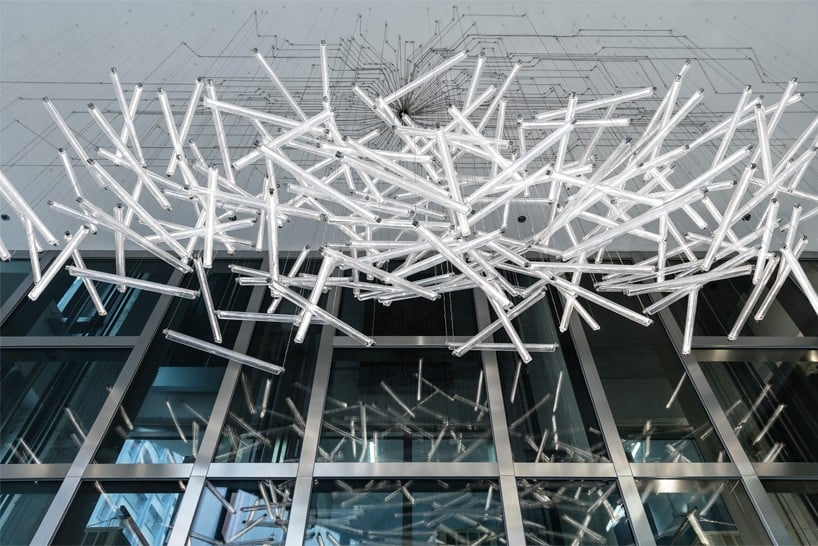 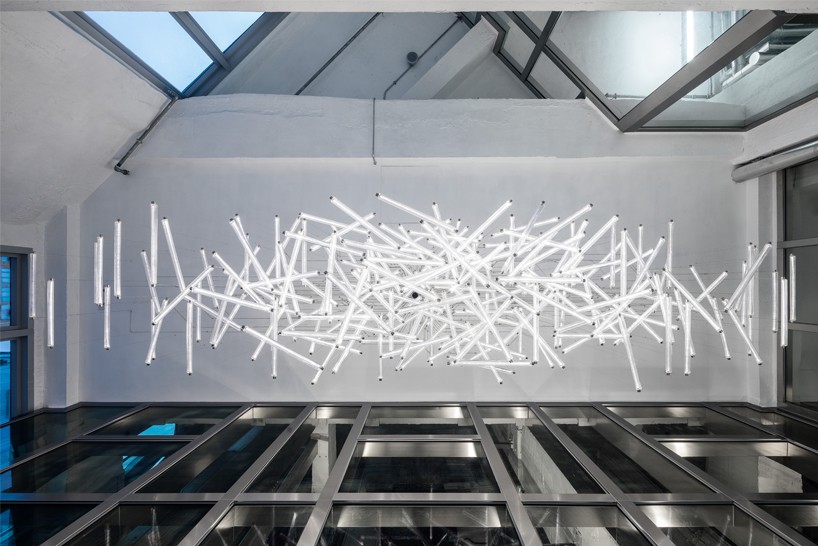 as well, it resembles the printed-circuit-boards found in electronics 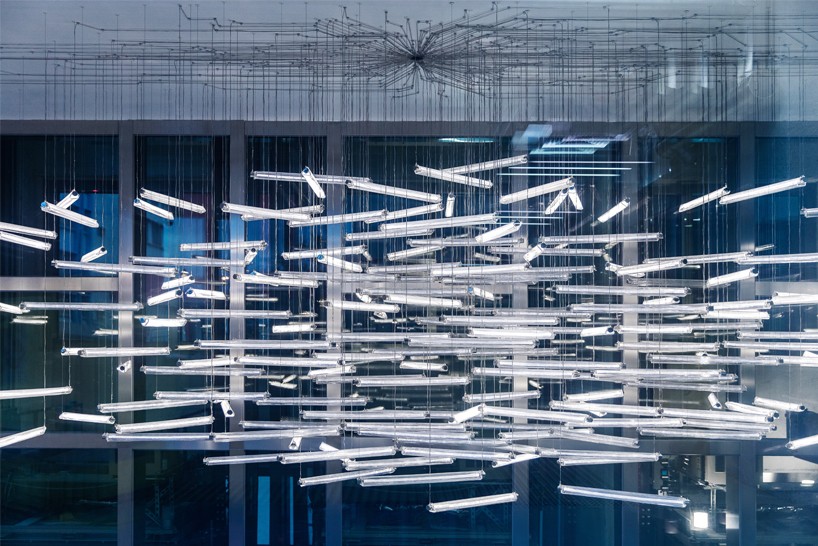 the sculpture reflects the offices’ new sense of purpose, quality and refinement 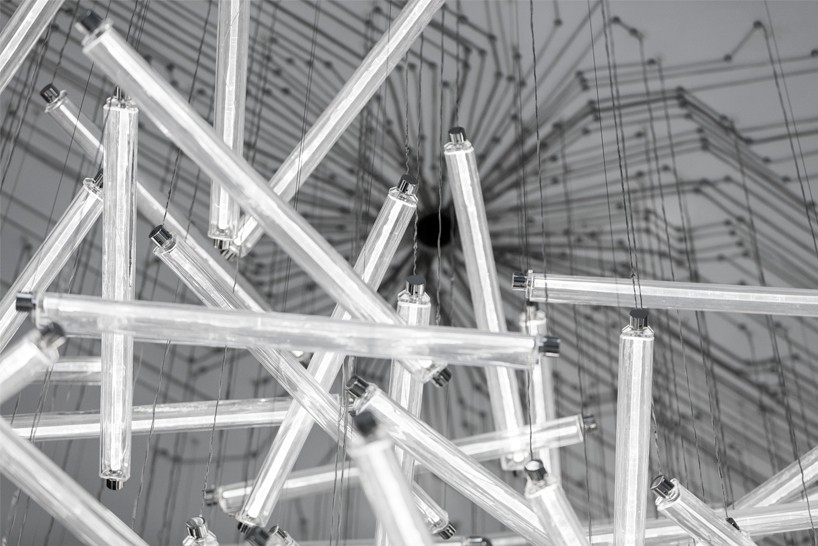 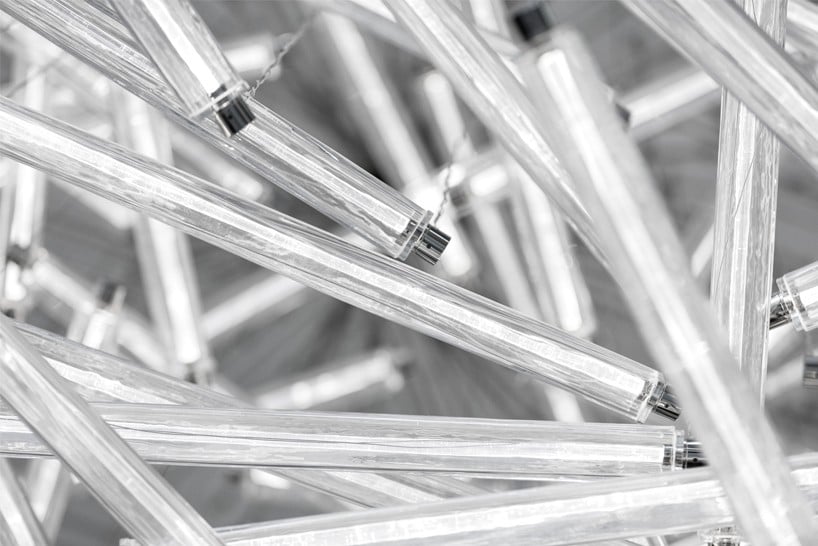 each individual glass element is molded, folded and hand blown