michael young has recently launched some new projects. the british designer who has practices in iceland, the UK and asia works on a range of projects, from interior spaces, transportation, electronics, bar ware to architecture.

cityspeed is an urban bike designed by michael young, for taiwanese bicycle manufacturer giant. for the project, city speed, giant designers and engineers wanted to create a bike that encompassed both speed and simplicity. the bicycle features LED headlights and tail lights which are integrated into the streamlined frame. the purpose for embedding the lights into the frame was to free up the handle bar space, eliminating any excess wiring. 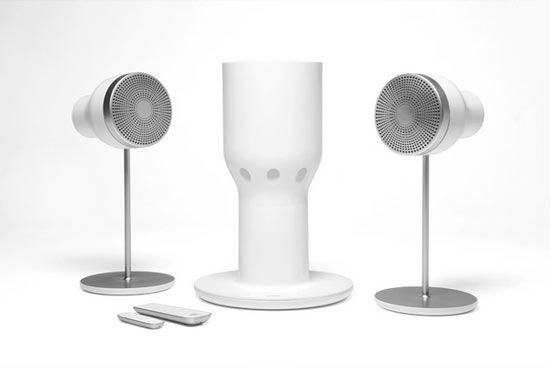 a collaboration between michael young and EOps, the i24R3 wireless speaker system works with satellite speakers and a bass dock. the bass dock has holes to offer ventilation to the vertically orientated 4-inc subwoofer, as well as being able to sense certain hand movements which operate various features on the speaker system’s interface. made from pure gloss white and aluminum casing, the i24R3 includes a wireless USB audio transmitter dongle that lets you stream music from your iTunes or music programs on your computer. this allows you to walk around your home and be able to control any playback and volume from iTunes using an apple remote application, making it a wireless multi-room digital speaker system. 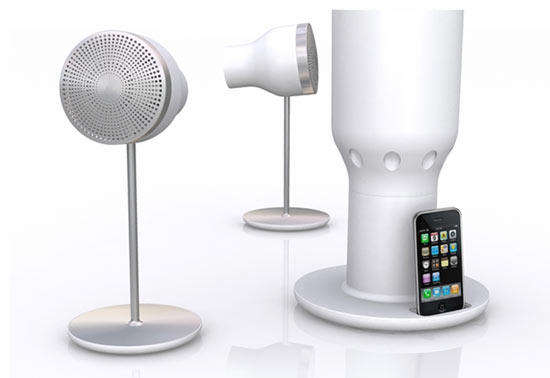 a look at the sculptural pure, gloss white and aluminum cased speakers 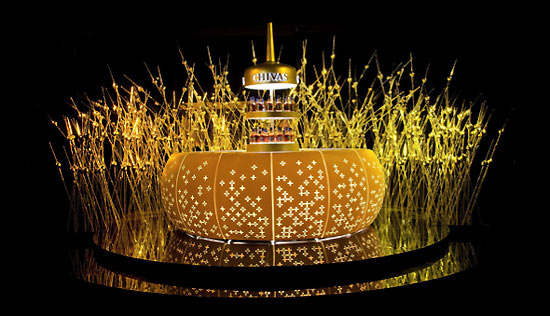 chivas studio brings together design, fashion, art music, food and drink in one space. during a three day event at the watermark restaurant in hong kong, various international artist collaborated with whisky producer chivas to present their work. included was a centrepiece bar designed by michael young. his inspiration came from wanting to maintain the heritage of chivas’ whisky-making process. the bar is embossed with circles that are held by transparent sticks to create the effect of a mirrored disco ball, and are surrounded by an explosion of ‘fireworks, which pulsate and glow.