during this year’s european week of sustainable mobility, a branch of latvian cyclists part of the let’s bike it community staged a creative protest, which effectively — and cleverly — showed that cars with single occupants take up way too much space. the streets of riga were lined with hand-crafted constructions of full-scale car frames, made to sit on the shoulders of the bike rider. bamboo-like rods tethered together created the skeleton of a vehicle-sized structure, while bright colored paint ensured their visibility on the road. the wearable units extend far beyond the width of an individual cyclist — a truly representative and definite illustration of the difference in scale from driver to bike rider. 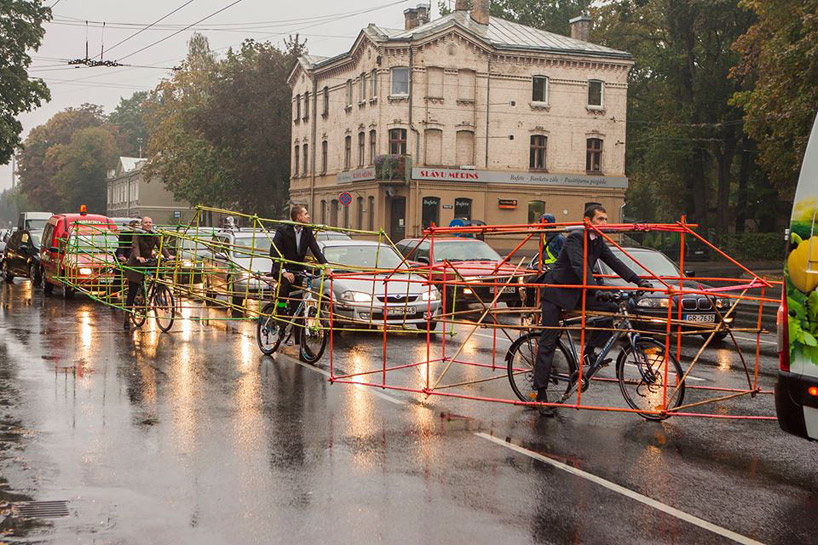 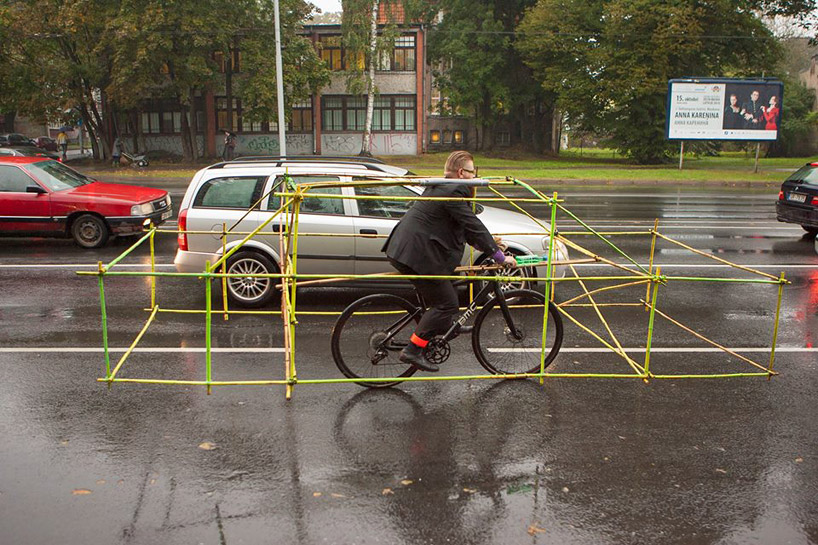 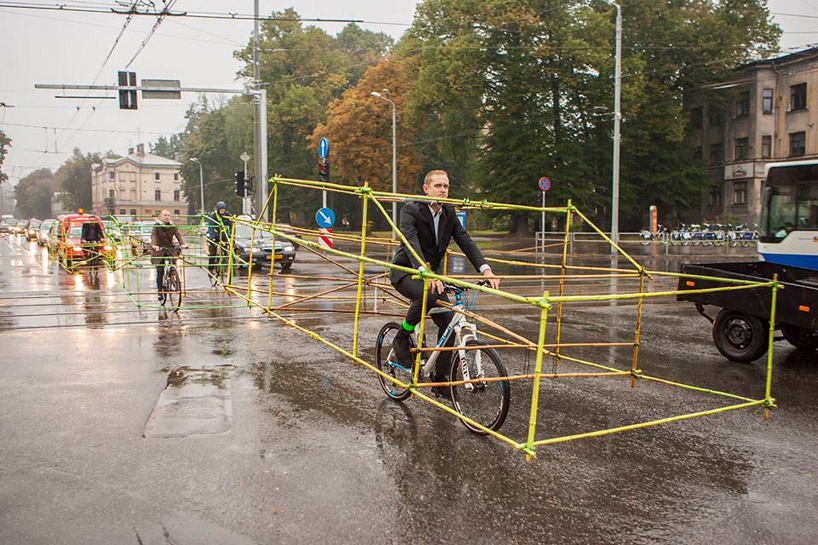 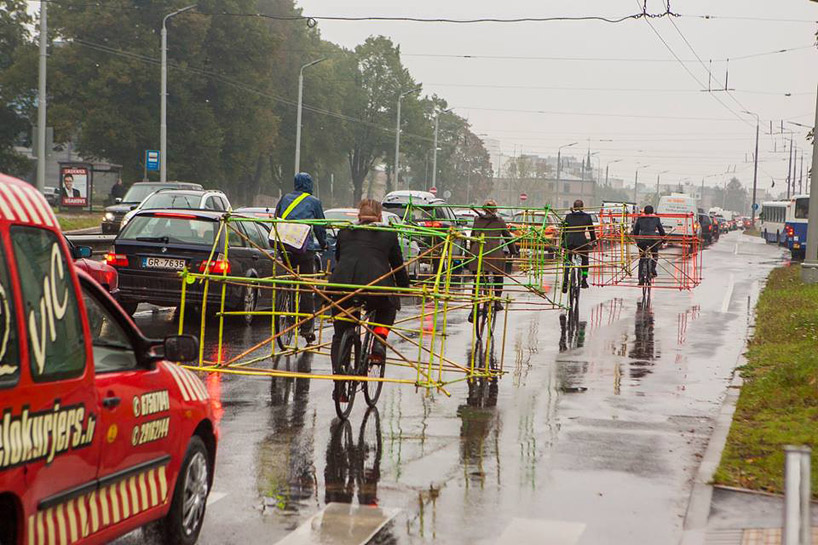 on the road, the car frames occupy the same width as a normal vehicle