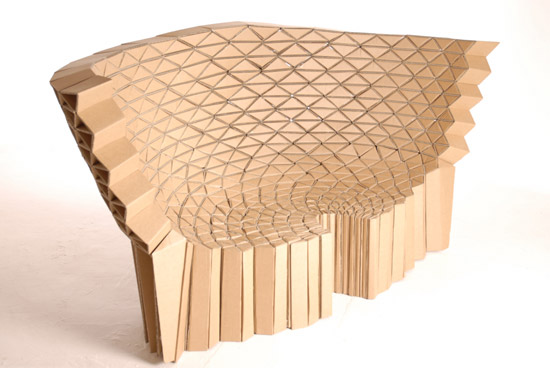 furniture designer liam hopkins and artist richard sweeney at lazerian studio in manchester, UK have sent us images of their bravais armchair and radiolarian sofa which are part of the new honeycomb range of cardboard furniture which emerged as part of a collaborative project between the two.

the designers limited themselves to using corrugated cardboard sourced locally from john hargreaves’ factory in stalybridge, which produces paper from recycled pulp using the original 1910 machinery installed in the factory.

the design process involved experimentation with columnar forms, influenced by structures found in nature such as a wasp nest and the crystalline bone structure of microscopic sea organisms known as radiolaria. computer design techniques were applied to generate the furniture forms, using triangular columns, orientated to utilize the structural properties of the cardboard. individual components were extracted from the virtual model to create flat layouts, which were printed to create templates for transfer onto the cardboard. over two thousand components have been hand-cut and glued together to create the honeycomb sofa. 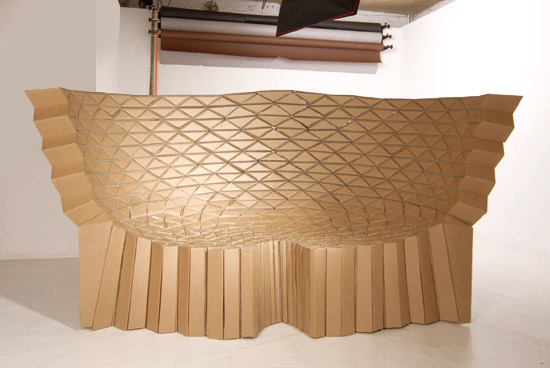 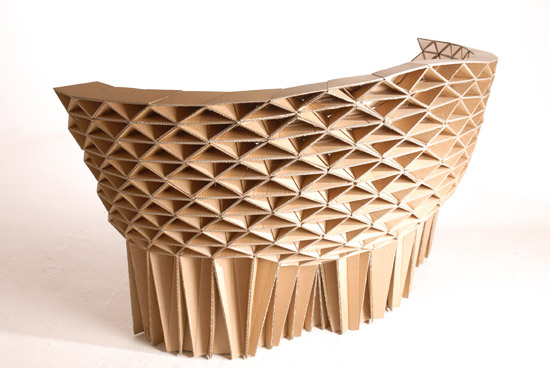 back view of sofa 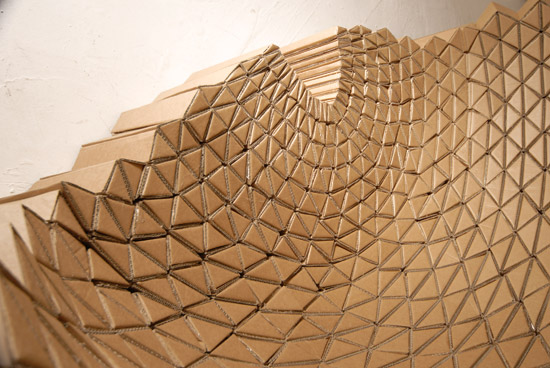 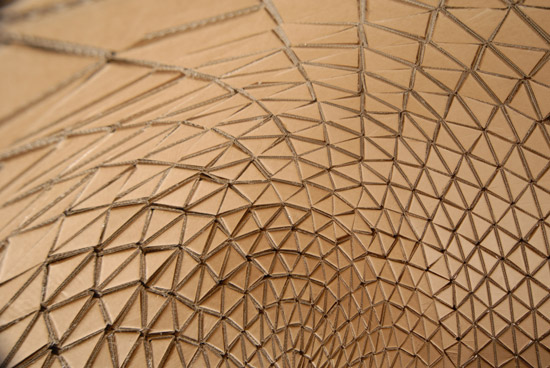 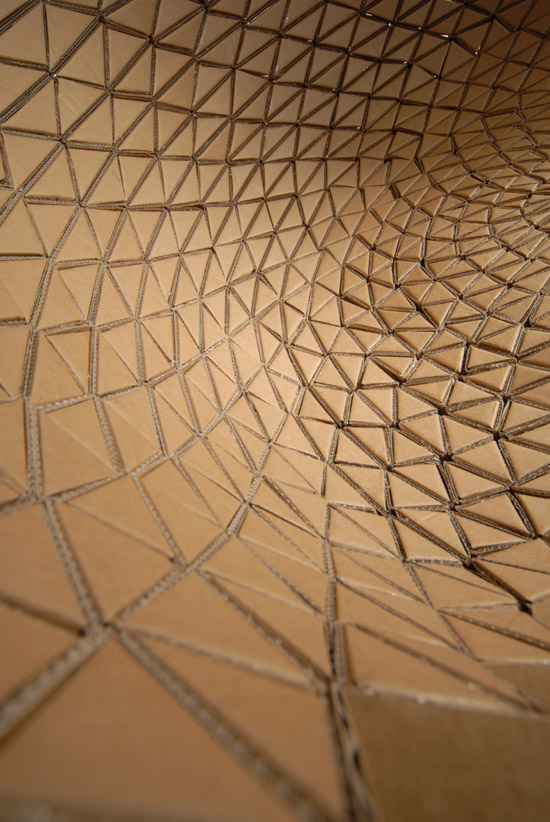 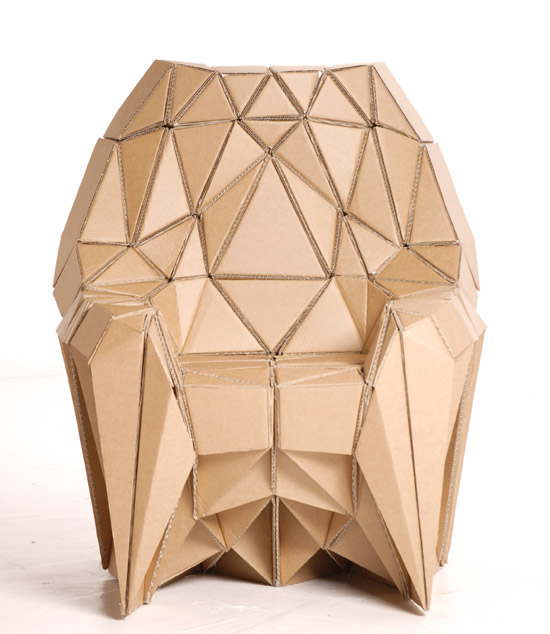 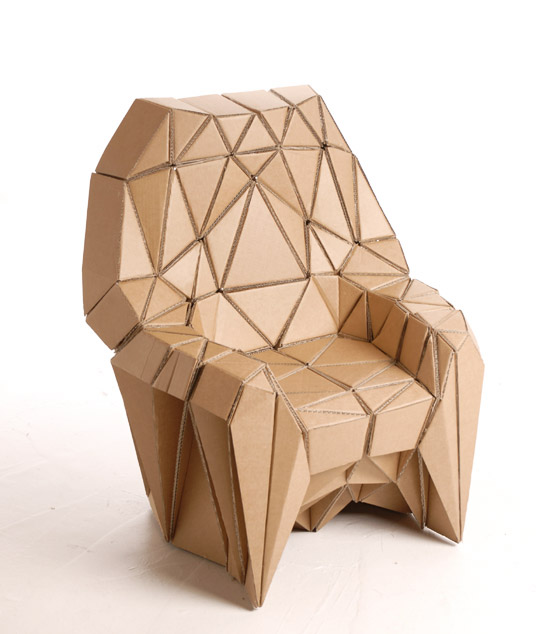 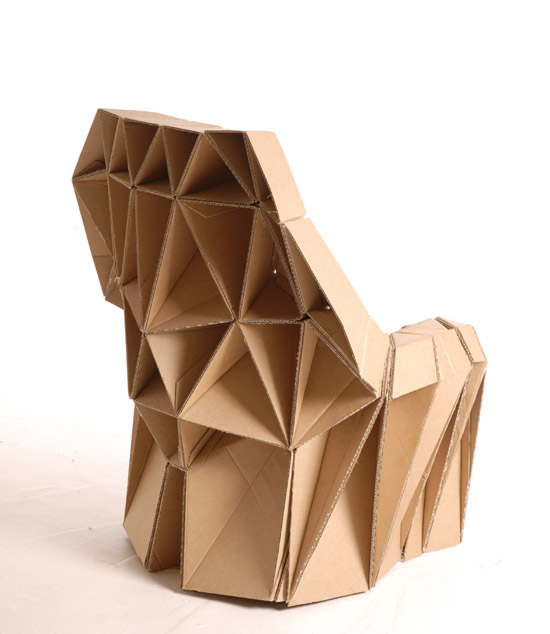 side and back view 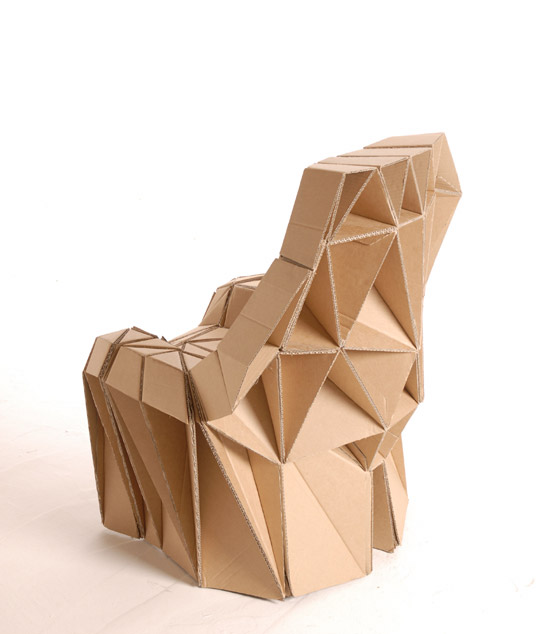 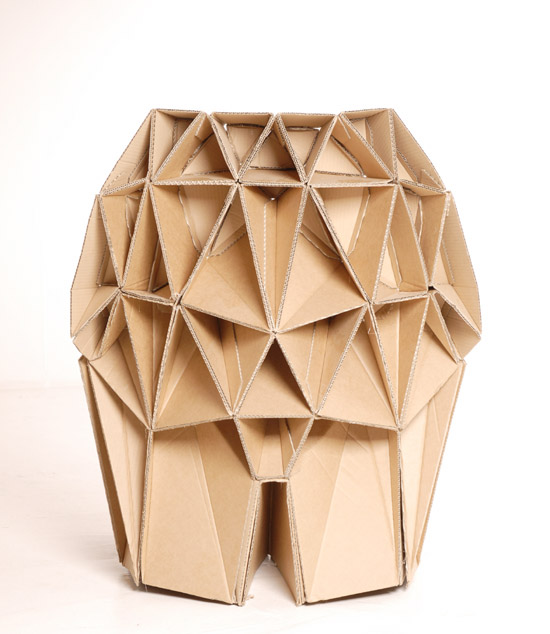 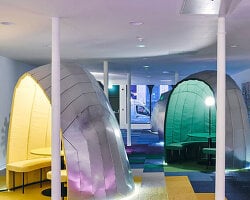 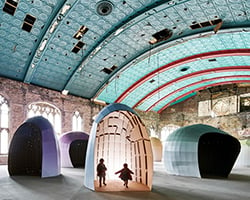 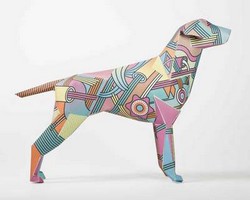 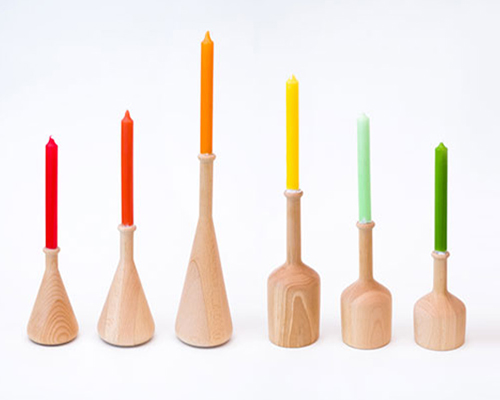