japanese design studios neo-green and eding:post  have collaborated on ‘leaf letter’, a series of postcards, stationary and envelopes in the shape of leaves. 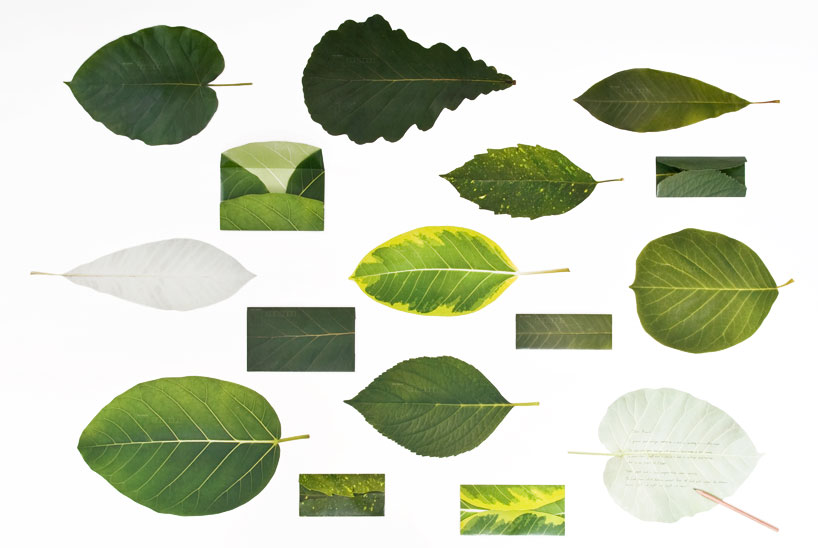 in ancient japan, people used leaves as a tool in which to exchange their messages, which is the origin of hagaki – the japanese postcard. ‘leaf letter’ takes this idea of writing on leaves and brings it into modern times.

with the spread of personal computers and mobile phones, we are beginning to seem further away from nature. can sending a message on a leaf, reduce our distance between nature and one another, by reviving the hand-written letter? 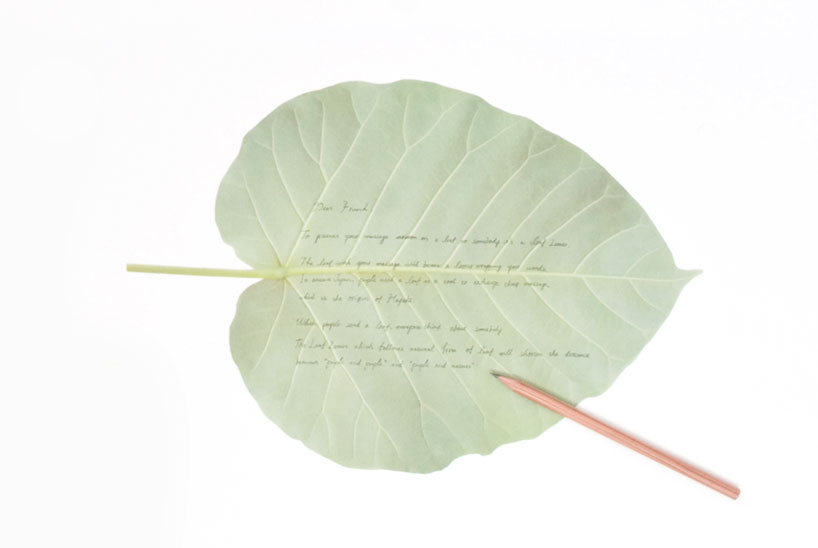 hand-written letter on a ‘leaf’ 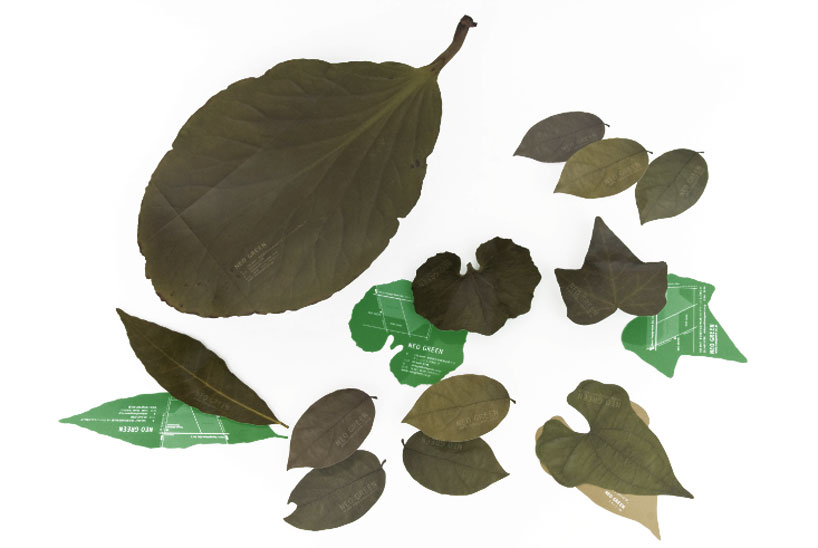 neo-green and eding:post have also developed a series of ‘leaf letters’ for printing custom business cards, invitations, letters etc. as a means of still tapping into ourtechnological age, but with the sights and reminder of nature close by. 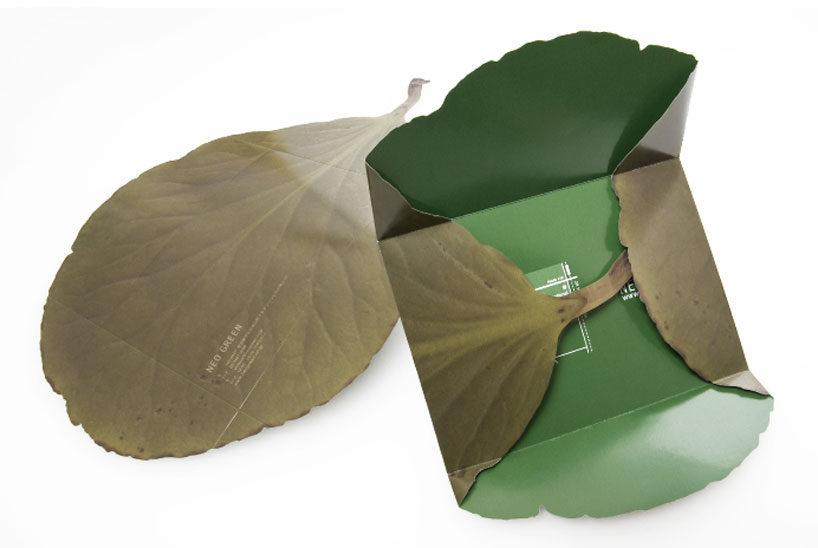 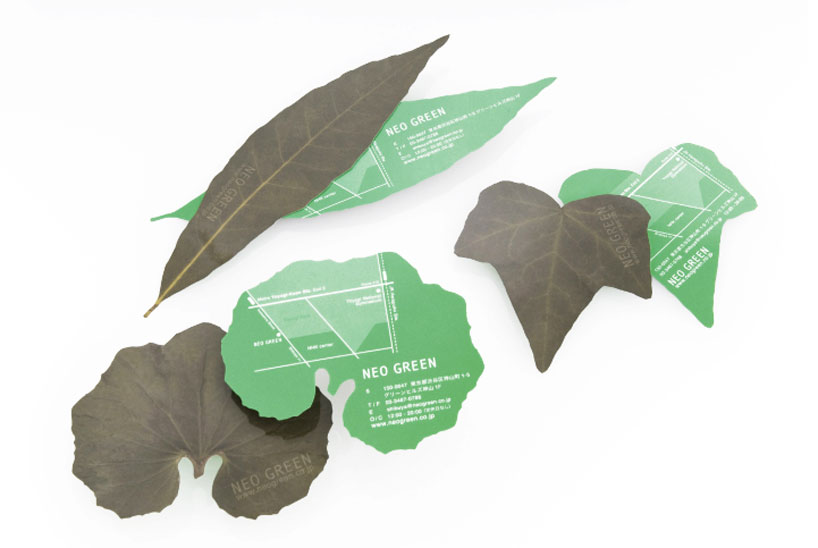 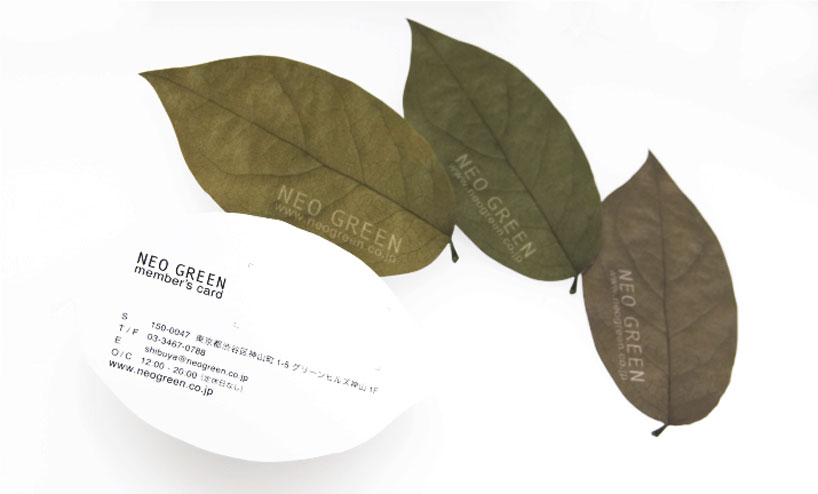 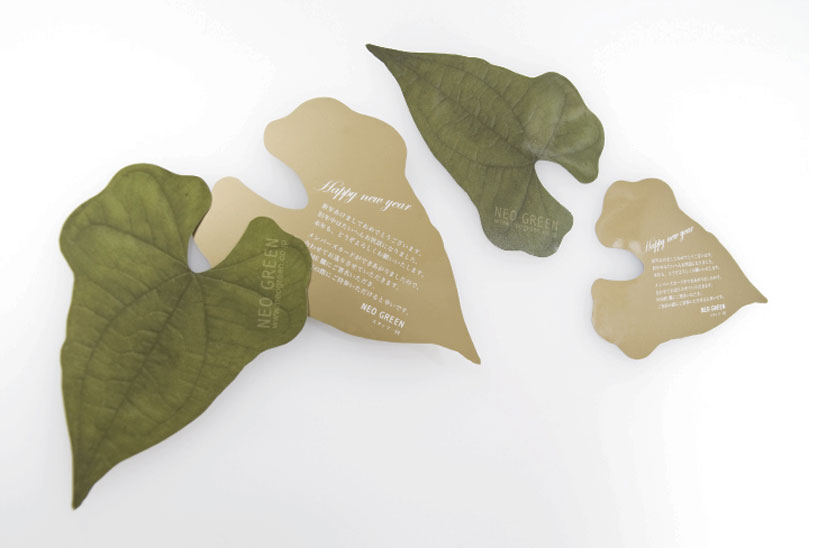 using the leaves as greeting cards 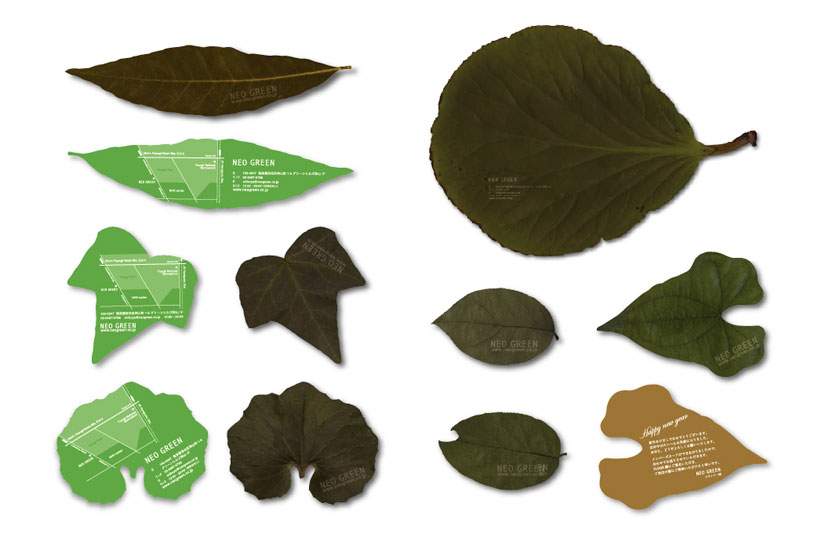