‘learn to unlearn’ by lina-marie köppen

as part of her thesis for the design academy eindhoven in the netherlands, lina-marie köppen developed the ‘learn to unlearn’ project. the work explores the concept of creating objects in reaction to our daily routine – designing ‘failure’ in order to foster new governing behaviors inantithesis to those that are automatic, entrenched as promoted by society. the family of 8 objects reference and provoke familiar items we interact with daily – a two-legged stool that challenges the concept of sitting, a broom with two handles – each one appealing to user self-awareness and encouraging rediscovery.  köppen interrogates what society defines as ‘normal’, inserting simple interventions into ordinary artifacts to highlight the ways in which we create identity and therefore interface with our surroundings based on societal reproduction.

köppen discusses the philosophy behind her work:

‘my design reaction proposes a new model – ‘learn to unlearn’ is the belief in self-empirism and ‘limitation’ as an endorsement of personal identity. ‘learn to unlearn’ is not a design method but rather a common ideal of seeing, feeling, deciding, and interacting directly with our environment.in that sense, unlearning is only possible if we are forced to adapt to alleged failures. designing failure is nothing more than a stepping stone on the way to a new human experience.

the design approach is a reaction to our daily routine: these objects thicken time, challenge statics, and upend our notions of utility and relations, allowing us to get closer to ourselves and re-experience our relationship to our environment. all eight objects are a family, in that sense, sharing the same idea about man and society. they were formed out of two questions: is it possible to design objects that enhance self-empathy and therefore self-awareness through unlearning? furthermore, is it possible to escape societal production and therefore the formation of a self-contradictory identity?

according to society´s normal standards, this family of objects functions imperfectly – that is, they function according to their own conditions, which may create outcomes different to the expected results. this disturbance is needed to sensitize the user to the interactions suggested by the objects and therefore endorse a more conscious relationship. each product tells its own story, and if you listen carefully, they communicate how they became what they are today.western society has generated its own biggest conflict. we feel the need to compete with things that were built in the first place to improve mankind.designing ‘failure’ could become the most important message in design.’ 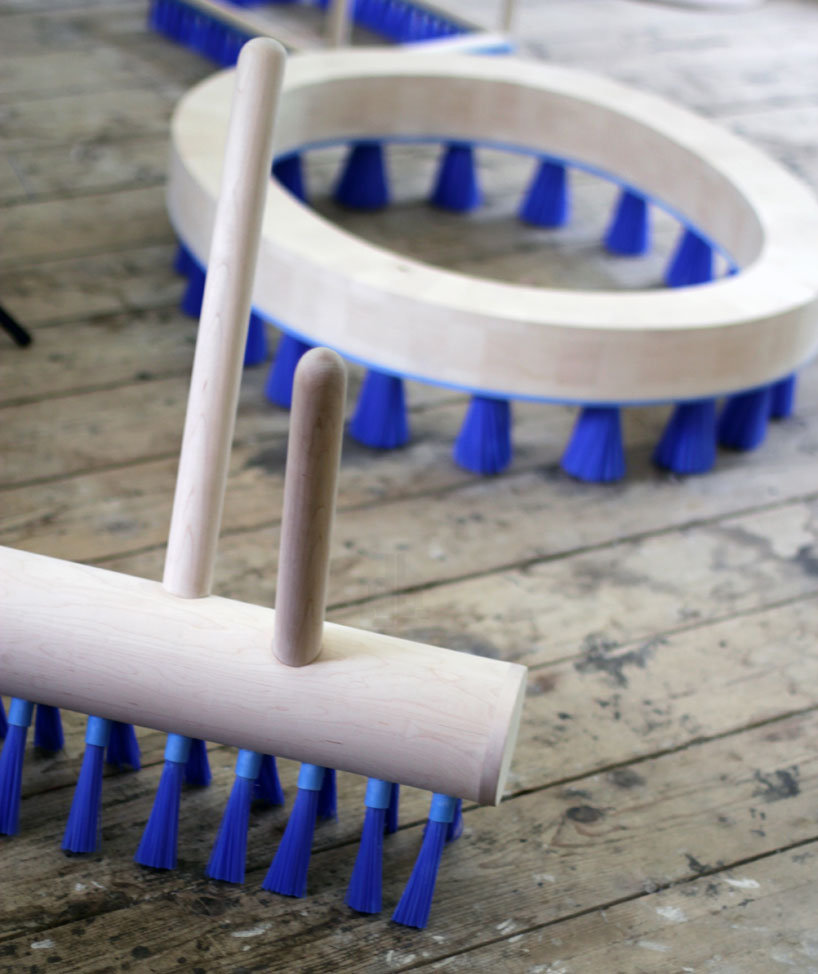 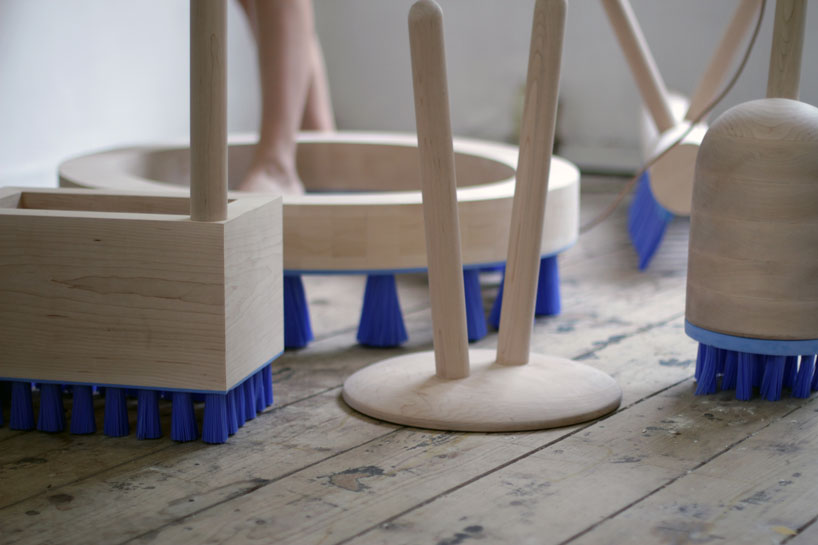 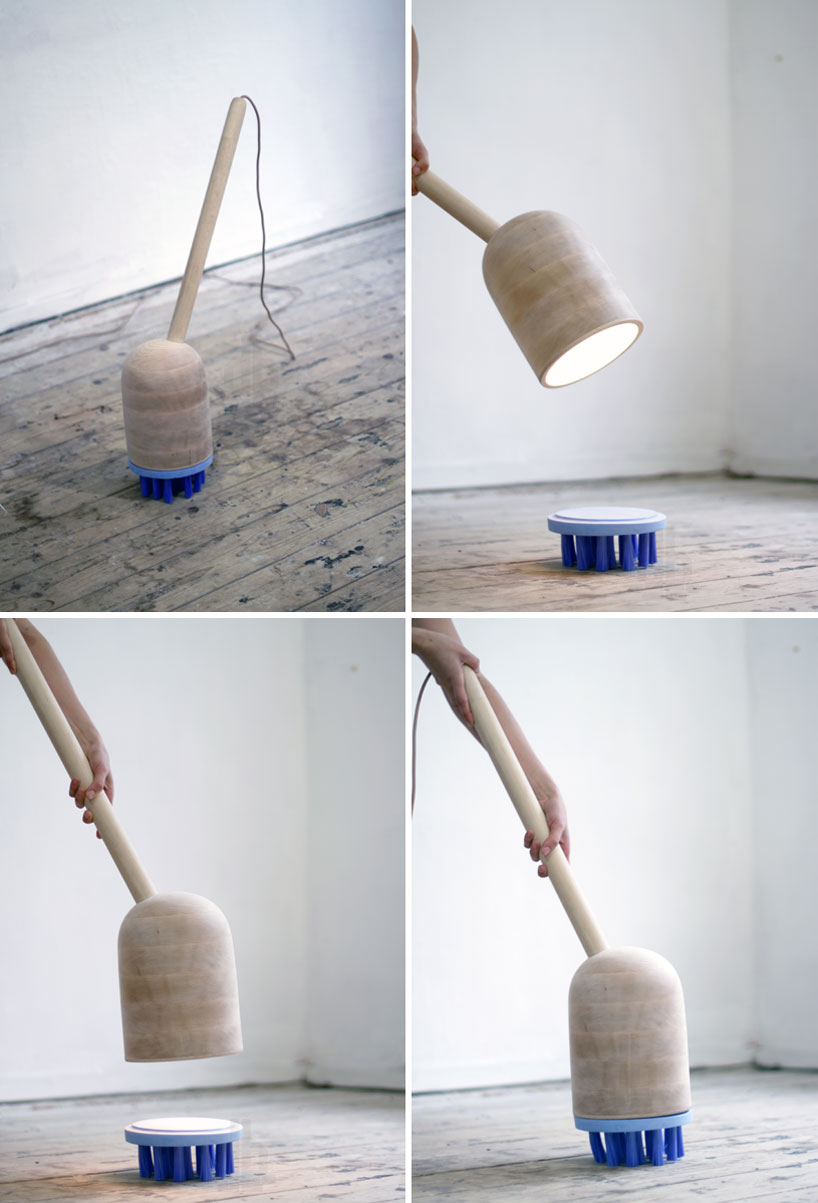 the lamp turns on when lifted 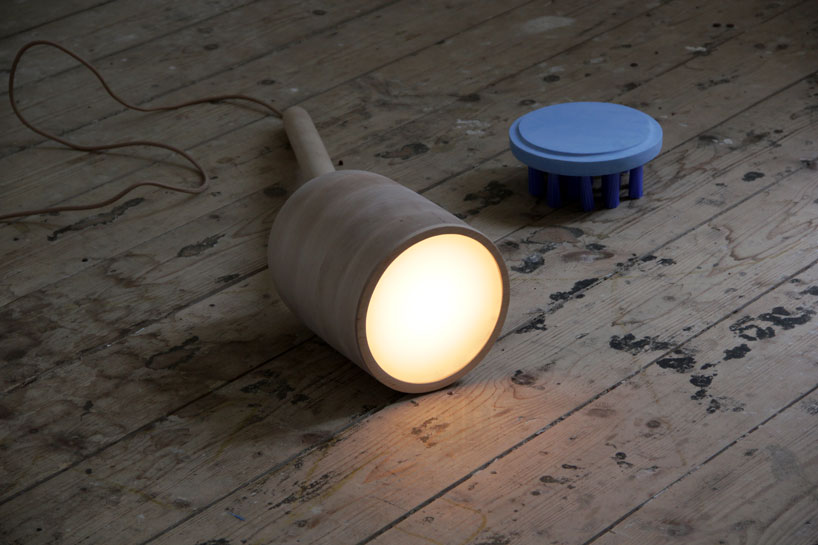 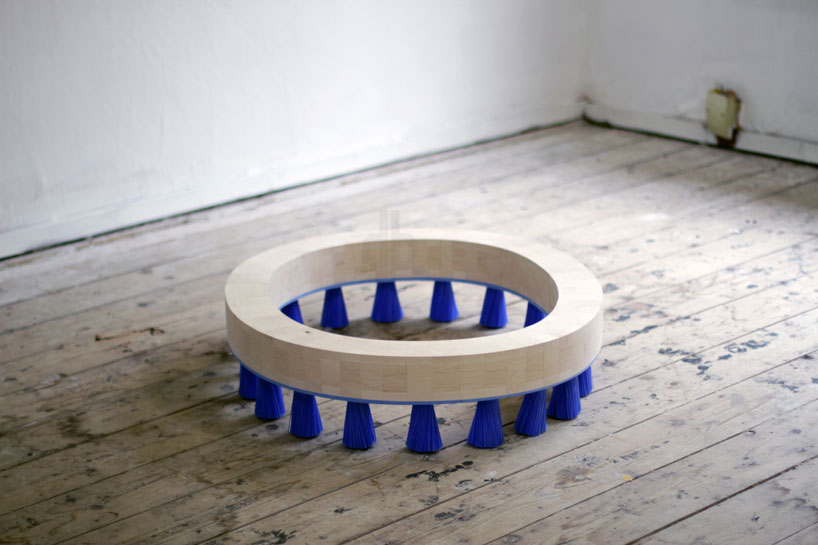 ‘designing ‘failure’ could become the most important message in design‘ 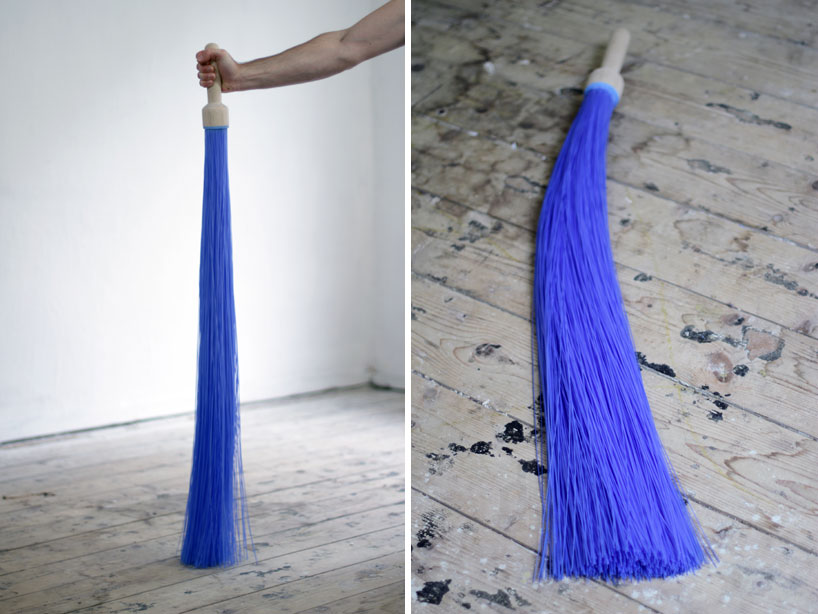 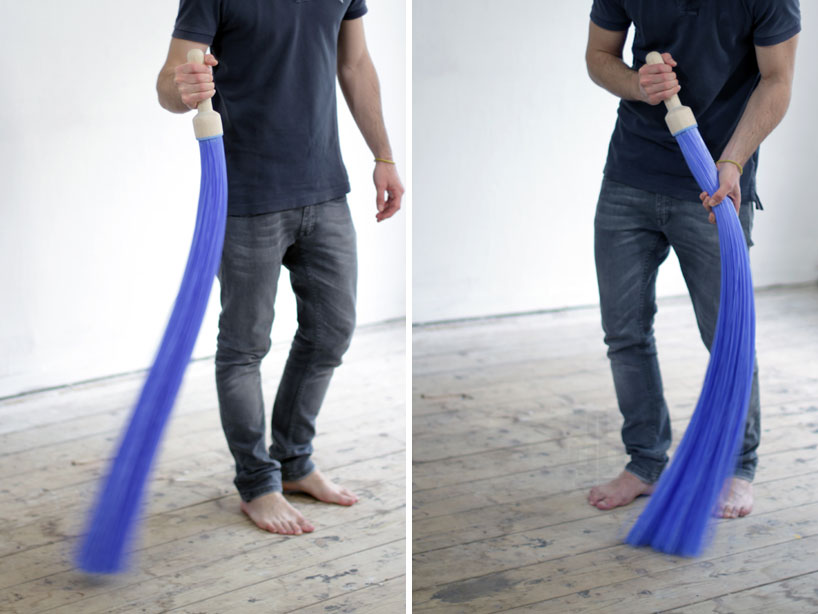 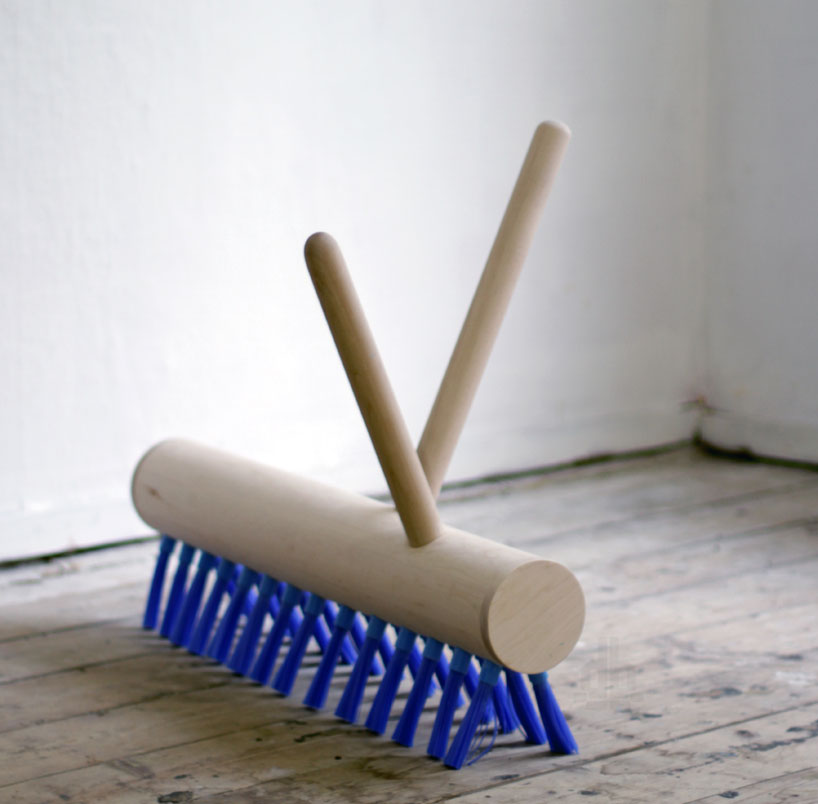 a broom with two handles 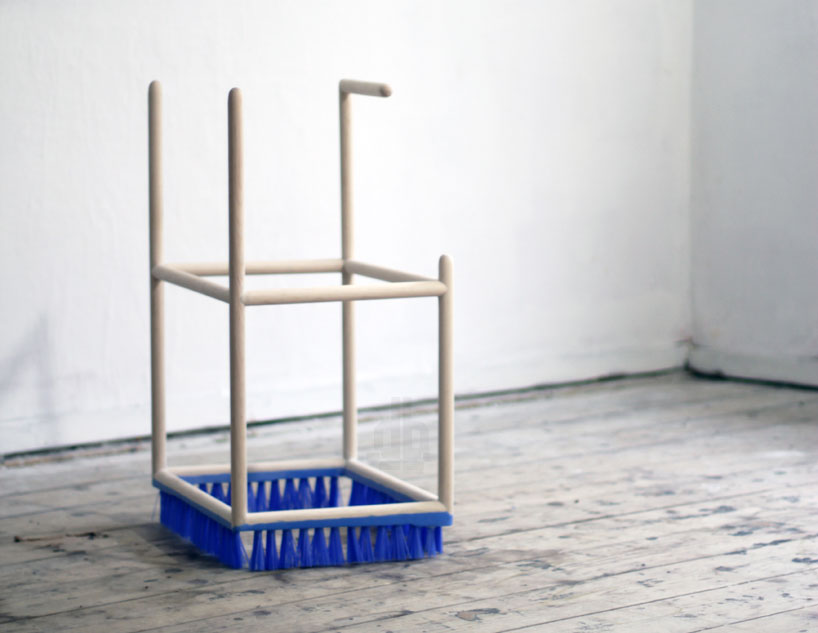 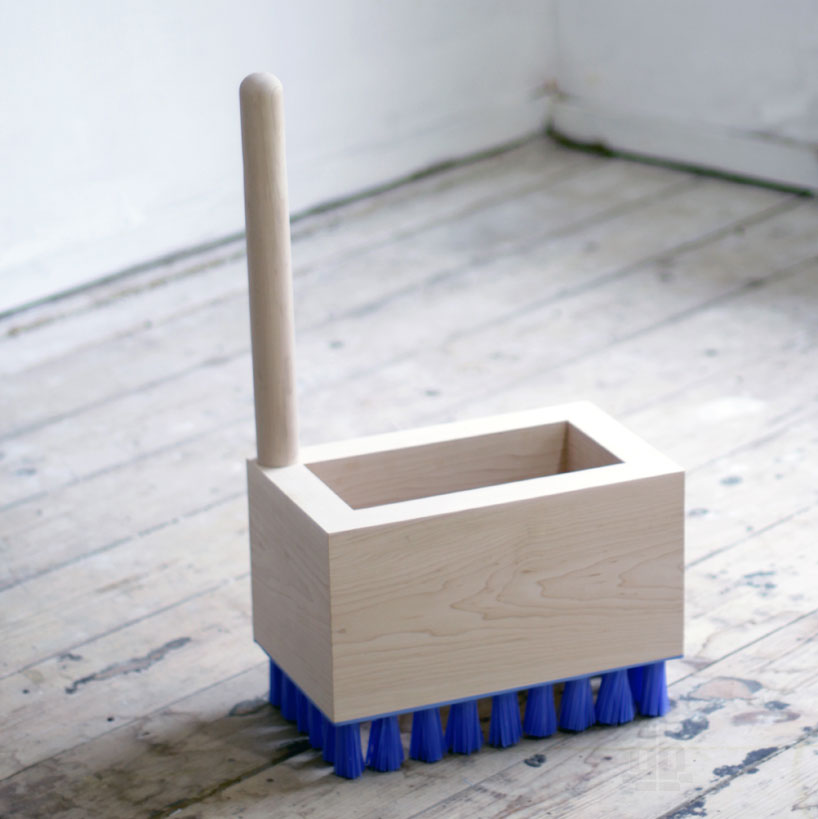 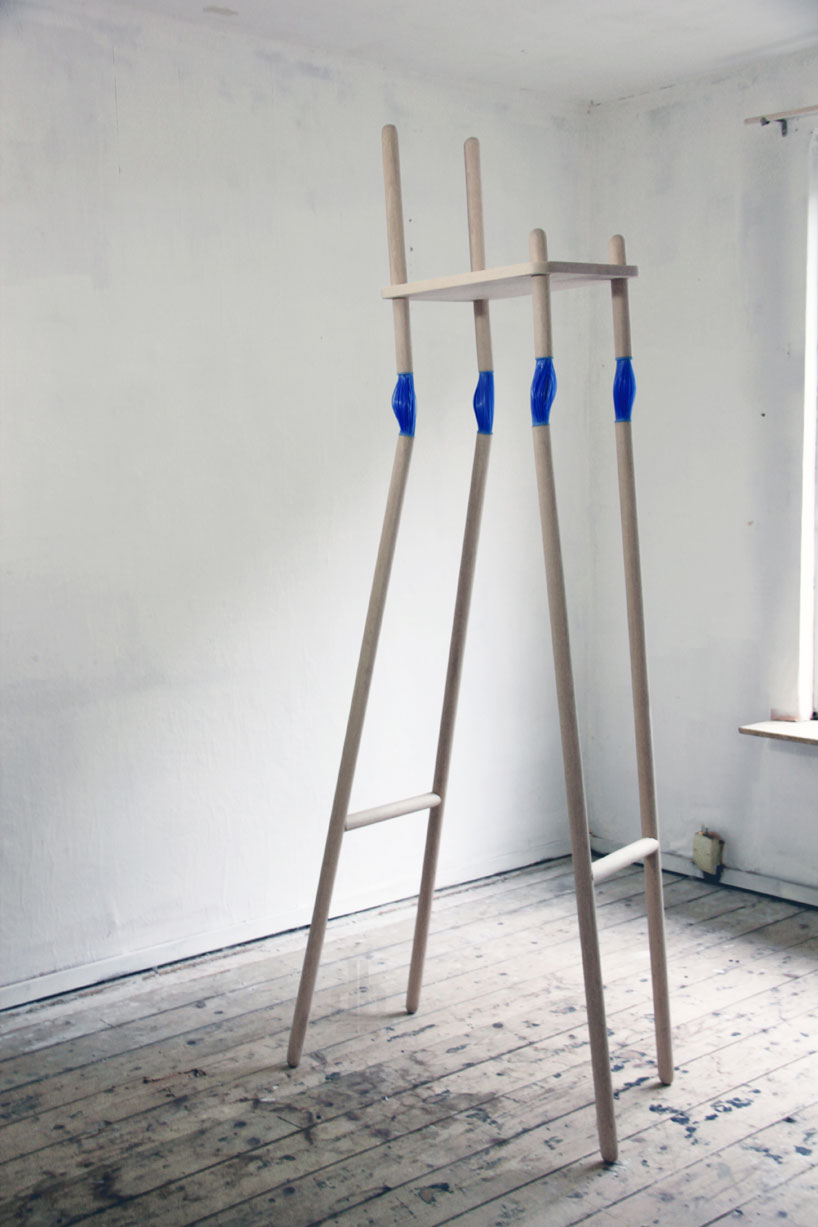 the two-legged stool challenges the concept of sitting