the story of buddhist master wonhyo drinking water from a skull was the motive for the ‘skull tea infuser’ by lee jinyoung of i-clue design. according to the story, as the religious figure was traveling to china, he and his companions were forced to take shelter due to harsh weather conditions. later that night, he was overcome with extreme thirst and drank water from a chalice he had stumbled upon in the cave. upon waking up the next morning, the men realized that they had been residing in ancient tomb among corpses of the dead. this led the monk to deduce that he had used a skull as a cup to quench himself. wonhyo became amazed at the idea that he had actually found the drink to be refreshing and arrived at the epiphany that the human mind is capable of transforming our perception of reality.

this product reflects the desire to feel wonhyo’s significant meaning of life by applying the parable to the design of a playful creation. made in korea out of 100% food safe silicone, the flexible material features a continuous seam that wraps around the head at the height of the mouth. this allows the two pieces to be securely linked and easily detached as tea is placed into the interior cavity. multiple perforations have been cut out of the mandible, eye sockets, and front and parietal bones to flow herbs, leaves, and aromas throughout the glass of water. out of the top, a string connects to a circular surface that acts as a counterweight and mechanism to guide the release of the chemicals. once users are done, this component simultaneously acts as a base to prevent liquids from spilling on tabletops. 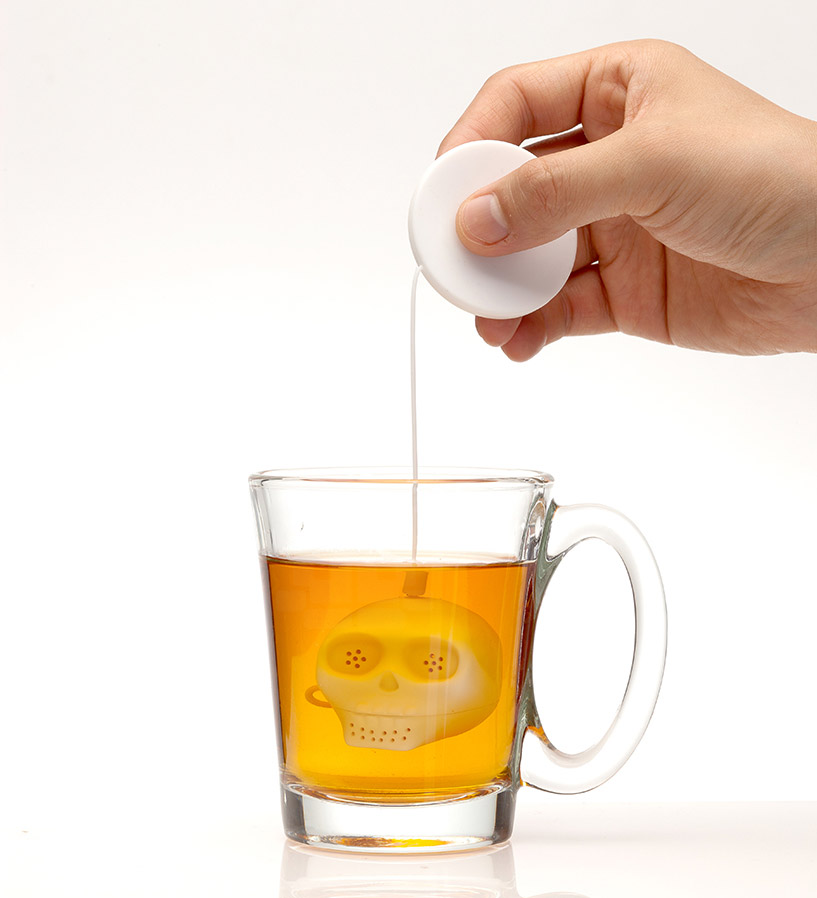 placing the skull into a cup 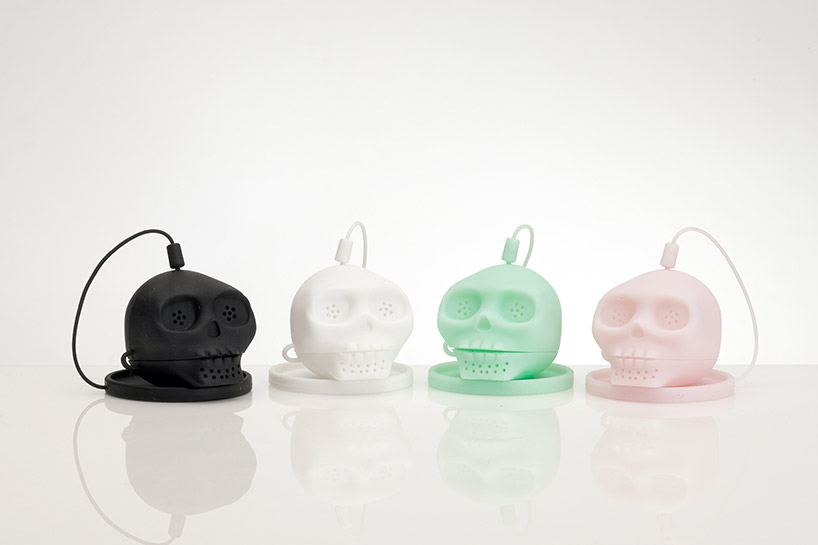 the design is available in four colors 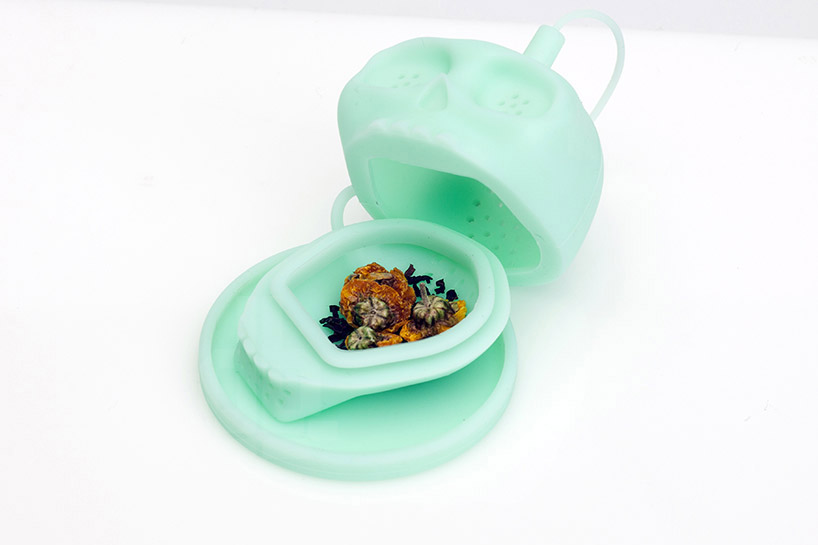 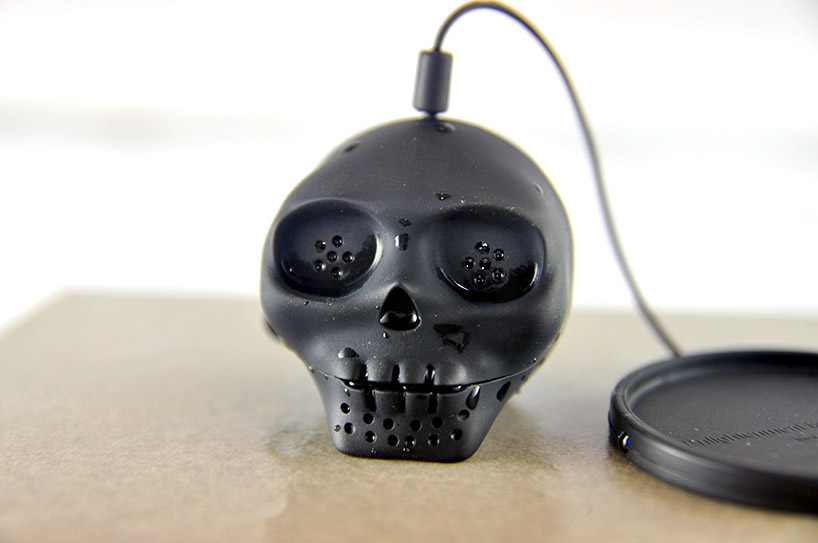 front of the black skull 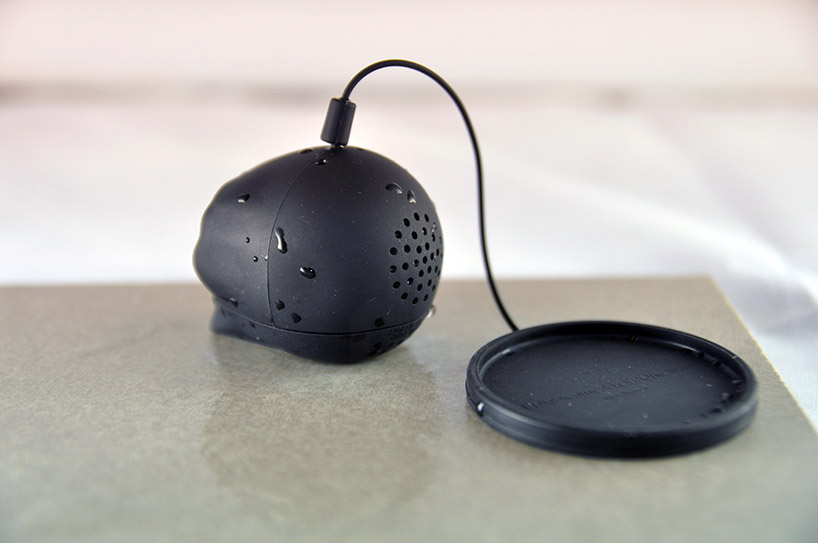 back of the skull 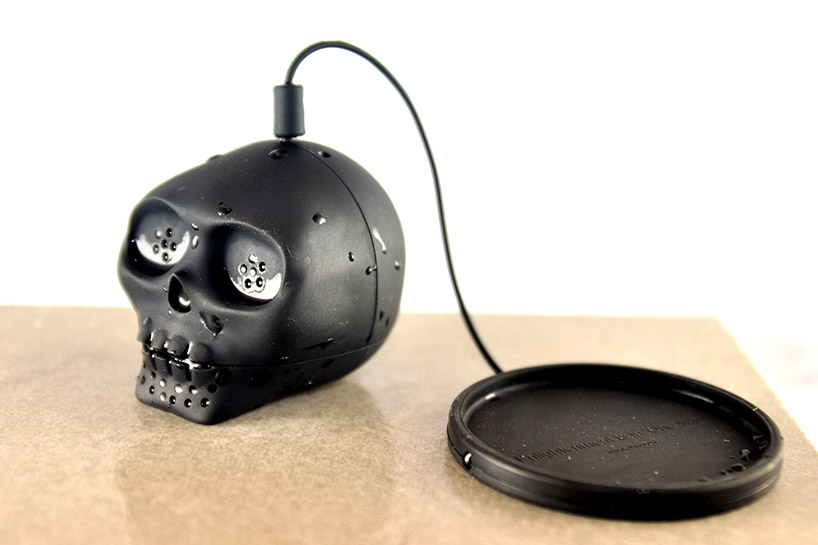 all in one saucer 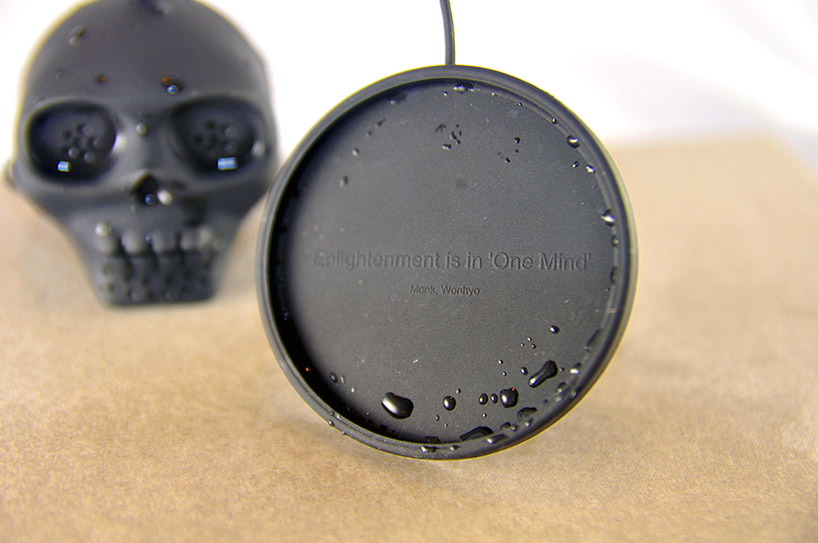 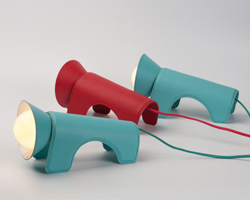