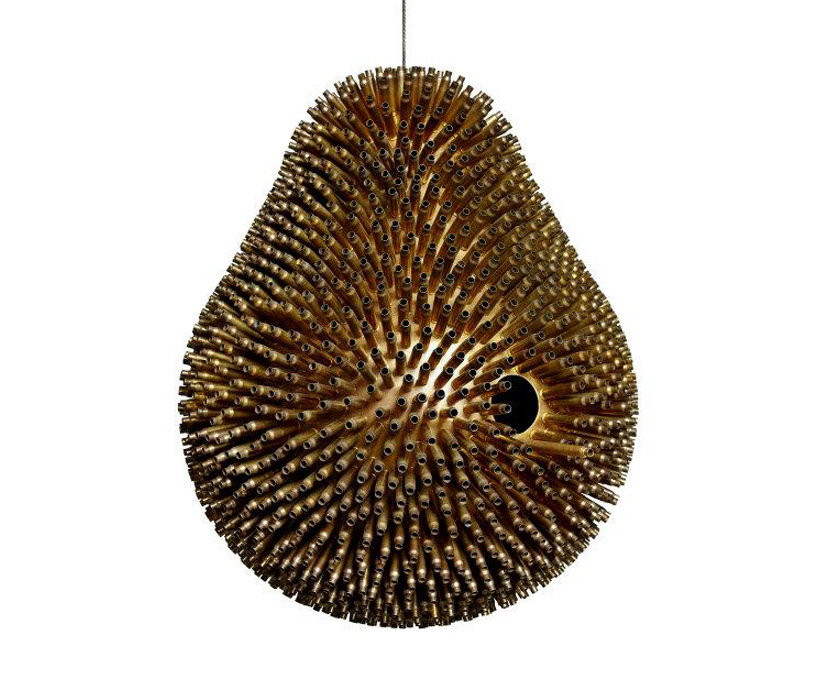 multidisciplinary collective L.E.FT, based in new york, has created ‘bird house’. the limited edition piece is a commentary on the uncertainty of life during the difficult times that war brings. it is created from 2500 empty stray brass bullets that have been collected from areas in lebanon where hunting is prevalent. the project is also a reflection on kafka’s statement ‘a cage went in search of a bird’, as described in the words of the artist: ‘working retroactively from a bird, the birdhouse is a reflection on contextual design. the eames house bird, a staple of eames’ furniture photographs in the 1950s that became synonymous with their household domesticity, is given here a bird house, an ovoid hybrid between a cage and a house.’ 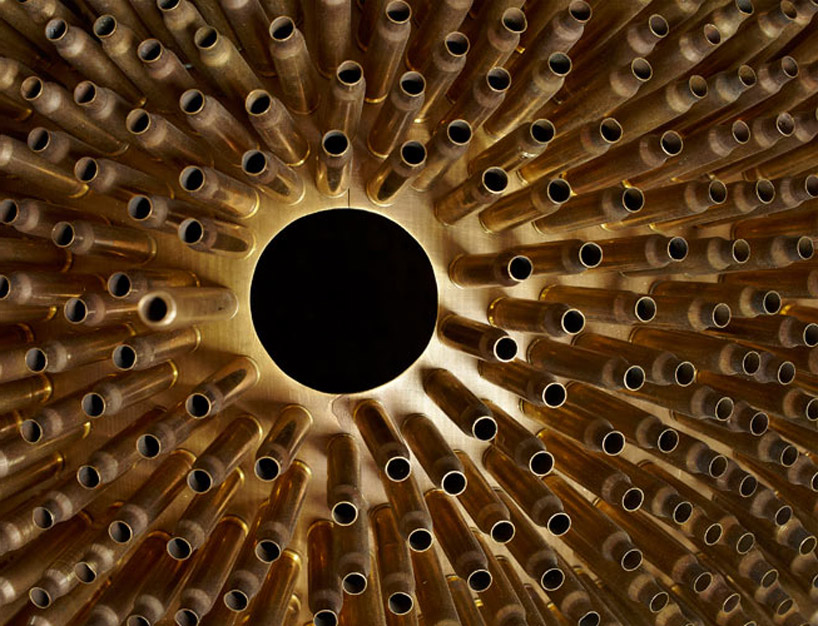 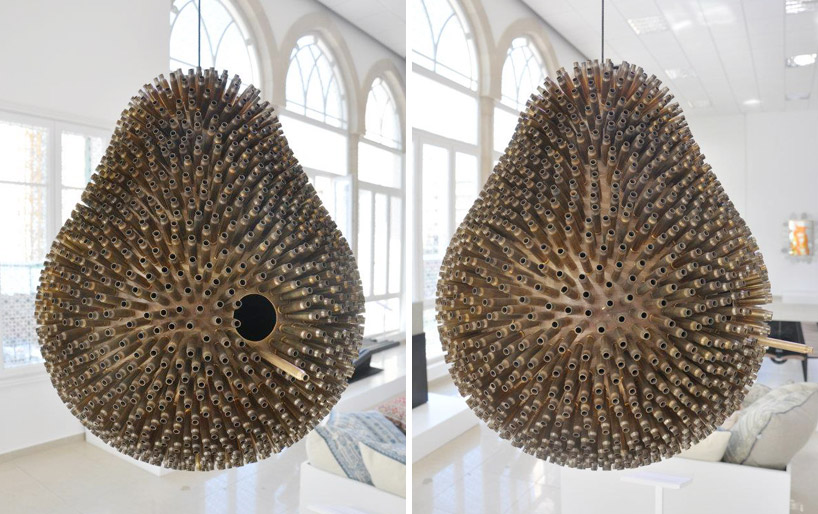 an extended bullet acts as a perch 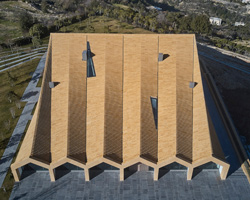 Sep 12, 2019
LEFT architects sites the 'house of many vaults' on a mountaintop in lebanon