a new series of kits by LEGO and muji lets users form three-dimensional figures out of LEGO pieces and paper above, LEGO and paper ‘ladybug’

muji and LEGO have partnered to create new ‘LEGO bricks and paper’ kits, a DIY toy set that lets users construct 3D animals and other figures, including functioning spinning tops and toy airplanes. the first editions of the set, featured on designboom in 2009 (here!), are now joined by ‘animals and vehicles‘, ‘movement‘, ‘animals‘, and a new ‘basic‘ kit, which collectively contain perforated paper shapes to create giraffes, ladybugs, boats, rockets, fruits, trees, and other designs. users can also invent their own custom shapes by cutting and punching paper to use with the LEGO pieces, consisting of regular and jointed LEGO blocks and caps to permit the secure fastening of paper inbetween.

unboxing of the ‘basic’ set 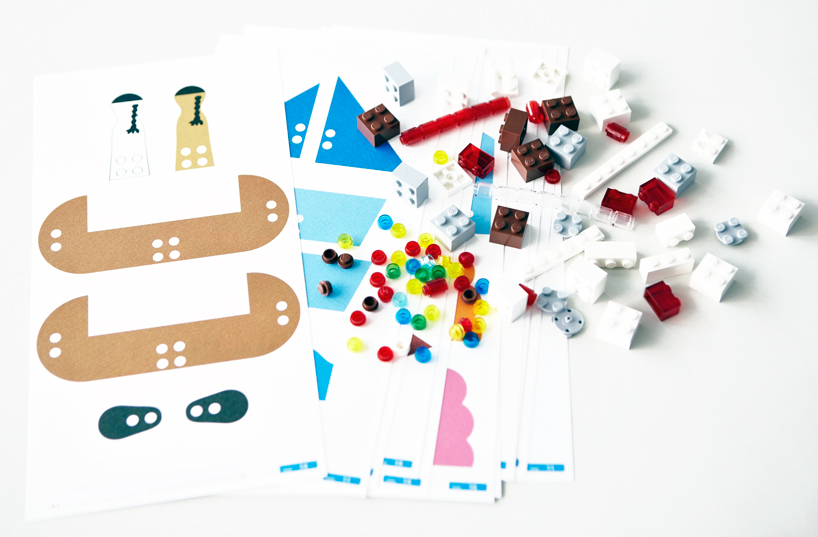 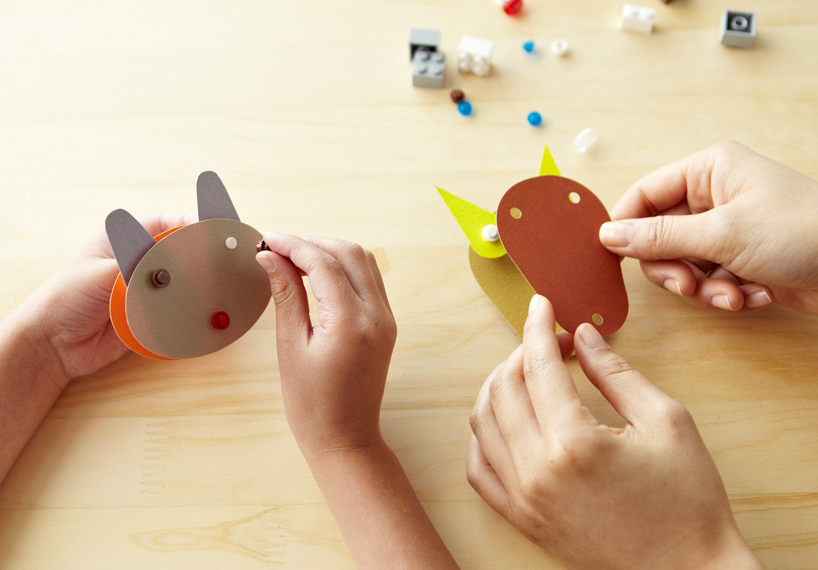 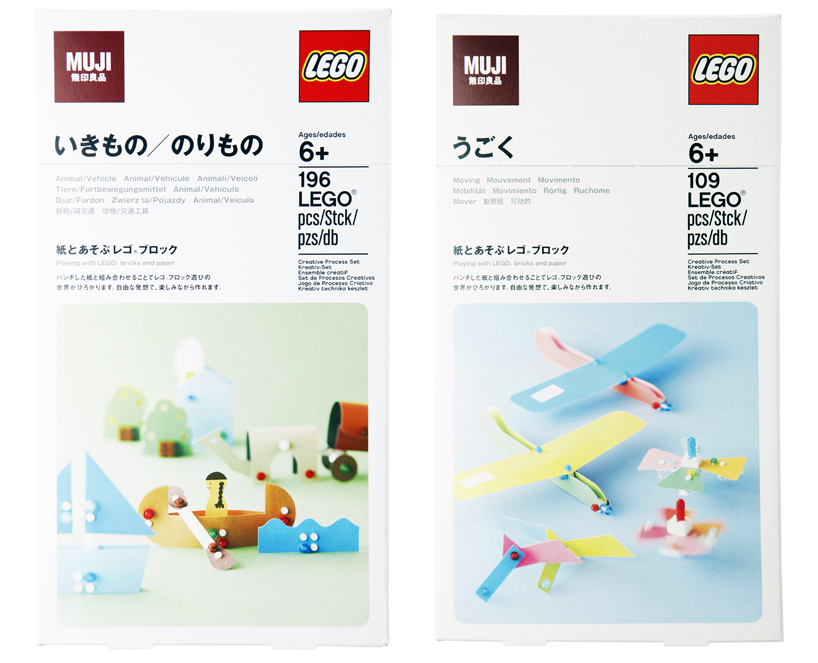 a christmas kit, as well as a different ‘animals and creatures’ set, were two of the four original editions that muji and LEGO released in 2009; see images from them in designboom’s article ‘muji + LEGO toy collaboration‘. 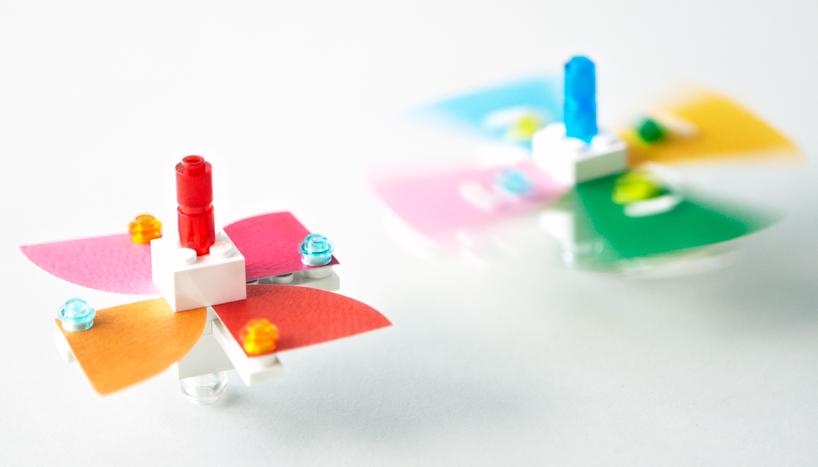 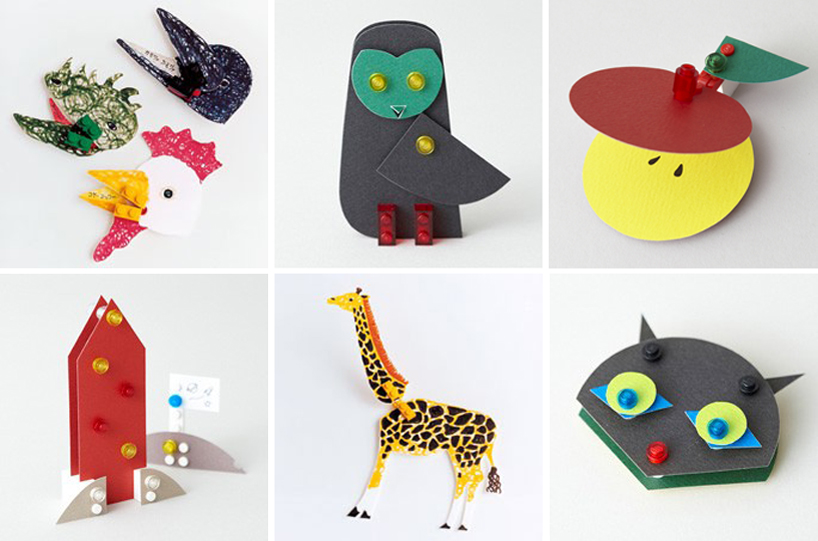 various creations from the sets 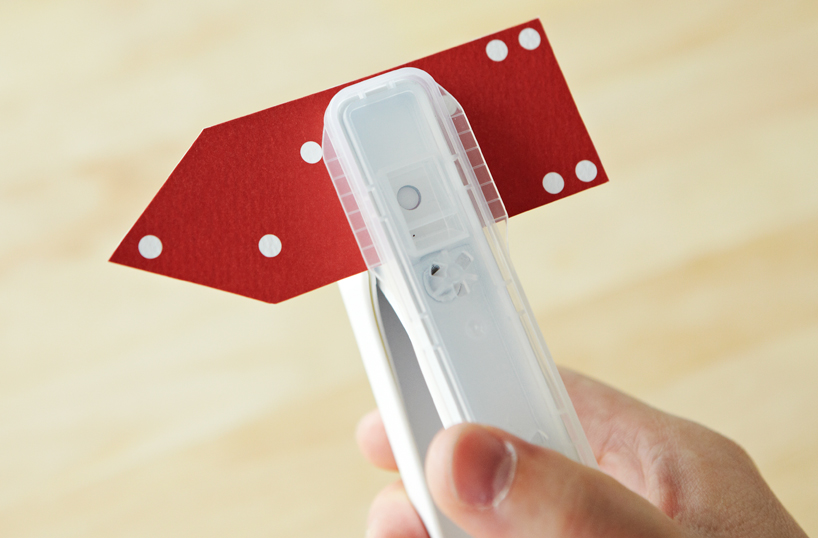 the ‘LEGO hole punch‘ lets users create their own designs