as designers and artists across the world celebrate the forthcoming 50th anniversary of the apollo 11 moon landing on july 20th, 2019, LEGO has also payed tribute to the famous astronauts by building a full-scale version of buzz (edwin) aldrin’s A7L spacesuit. taking almost 300 hours and 44,051 LEGOs to construct, the work has been modelled from the photograph that was shot of aldrin walking on the surface of the moon and even captures the detail of neil armstrong’s reflection on the visor. 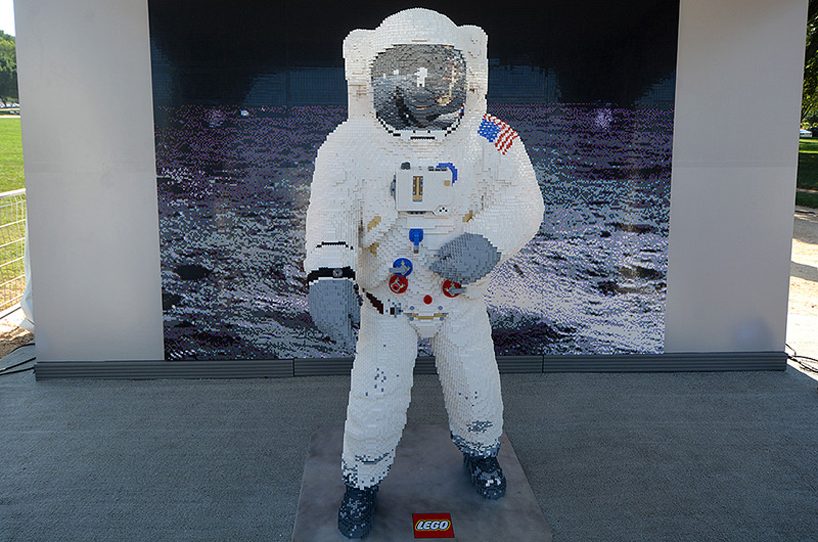 the model, which stands a staggering 6 feet, 3 inches tall (190.5 centimeters), is being exhibited at the apollo 50 festival in washington, DC from july 18 – 20, 2019. the event, which is being hosted by NASA and the Smithsonian on the national mall, intends to inspire the next generation of space explorers, according to collectSPACE. 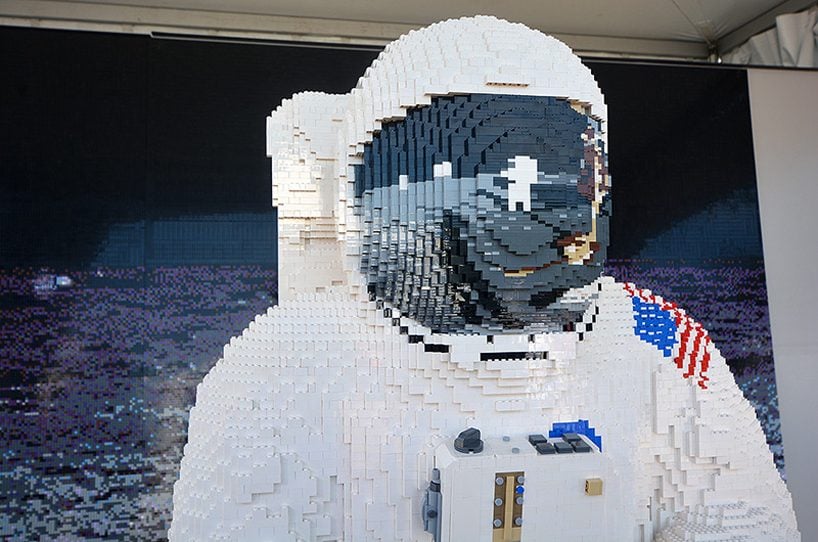 employing a team of 10 LEGO masters, the life-size model spares no detail. using a variety of colored bricks, the work even includes the american flag on aldrin’s left shoulder using red and blue LEGOs and bits of moon dust on his legs using grey. in addition to the model of the spacesuit, the apollo 50 festival will also exhibit landscapes of the moon and mars, inviting members of the public to help in the assembly. visitors will also be able to help construct a model of NASA’s space launch system (SLS). 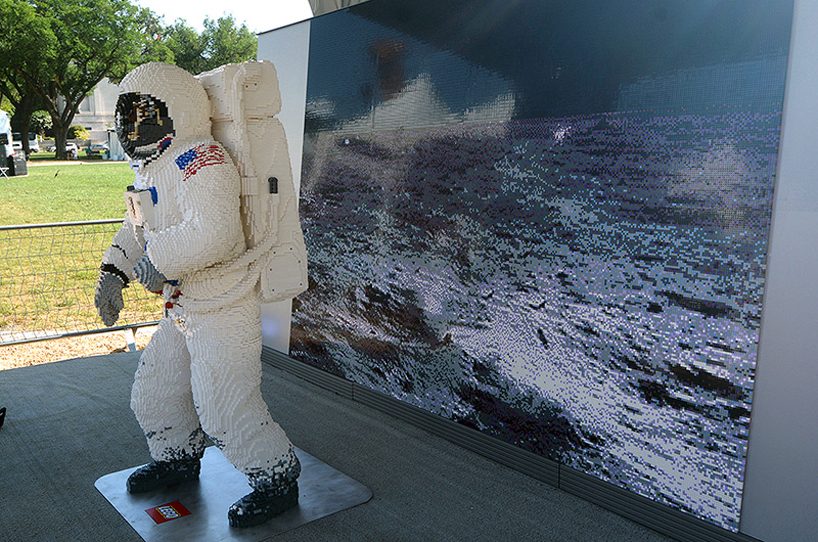 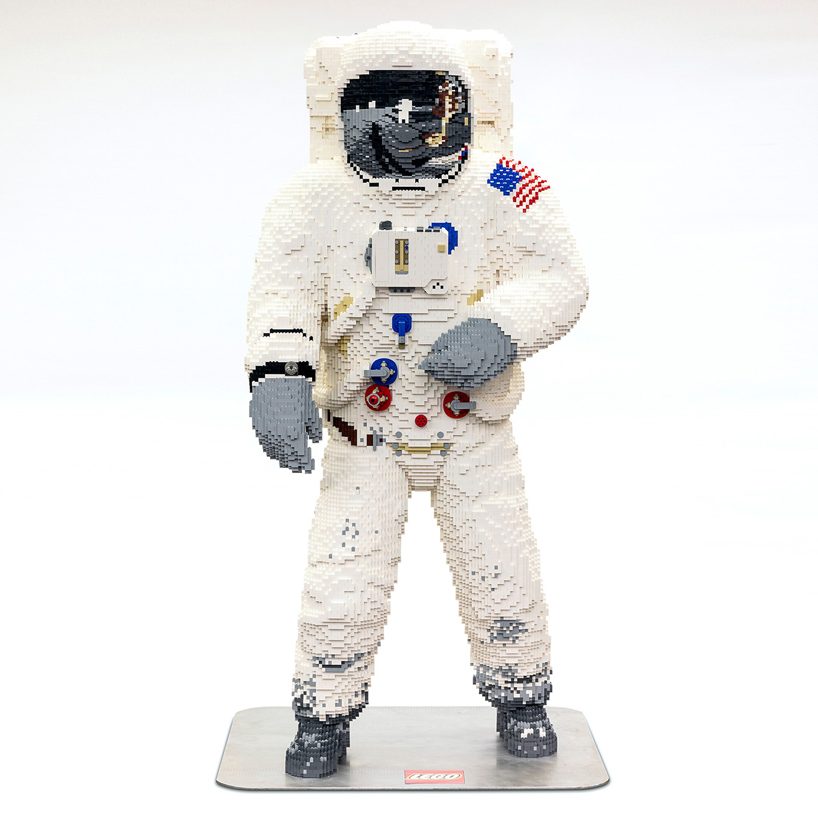 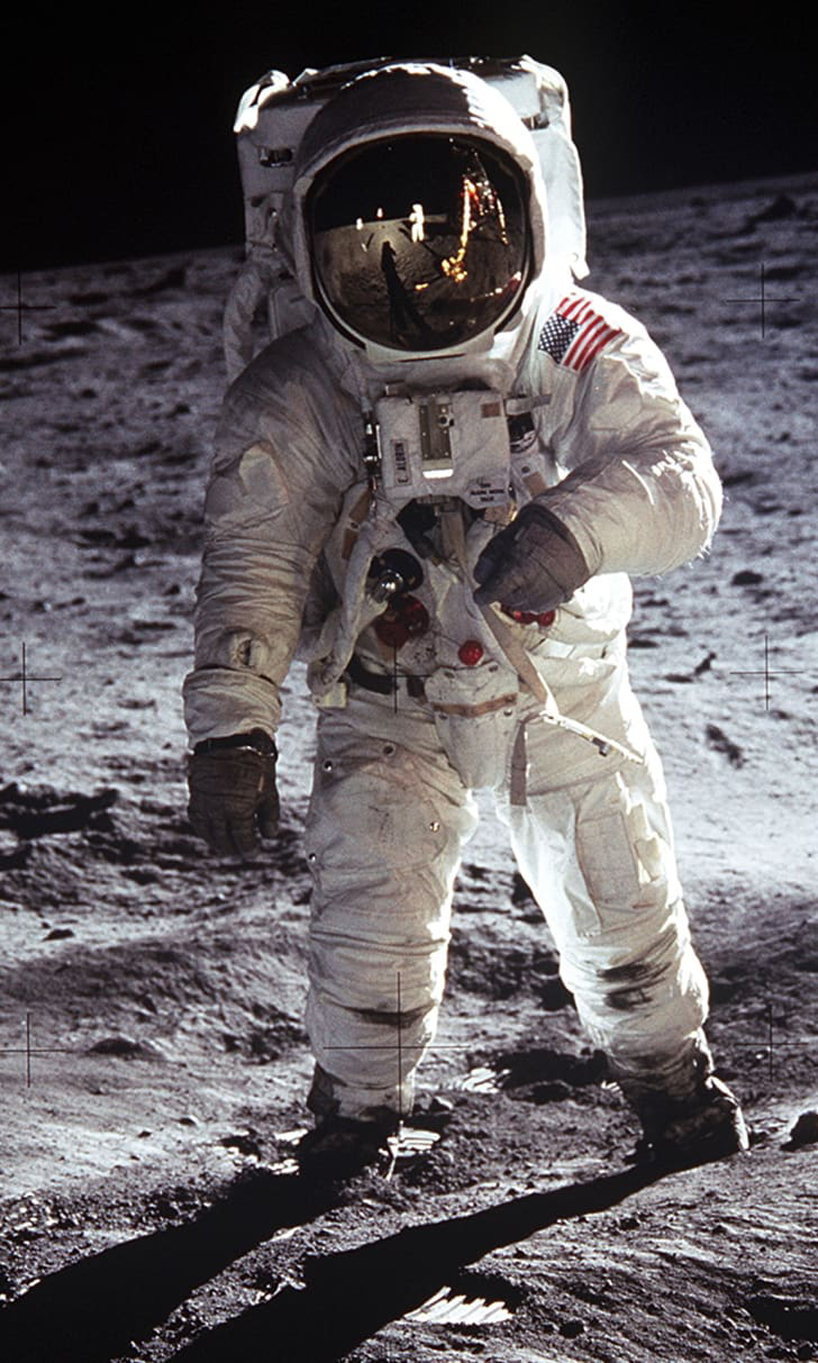