master of advertising, ogilvy & mather, has devised two fantastical campaigns for LEGO, using the plastic bricks to bring some incredible moments to life. using 3D illustration and some wild imagination, at the centre of each is LEGO’s ultimate purpose to inspire and develop children to think creatively. 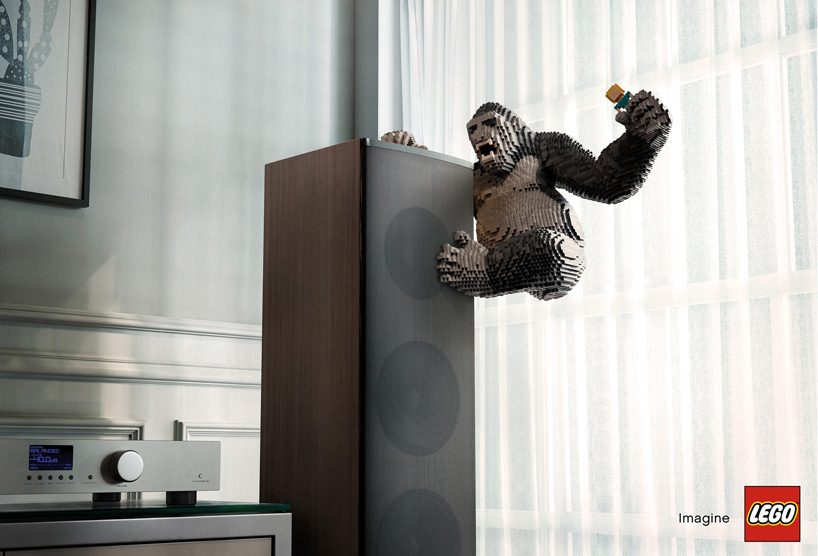 the two series, titled imagine and build the future, use creative constructions of LEGO bricks to amplify childhood wonder, devising playful scenarios that merge imagination with reality. in imagine, ordinary moments are captured as opportunities to bring storybook animals to life. immersing from the side of a unit, a whale appears to swim out of the trilogy of books spanning the life of the mammal behind it. 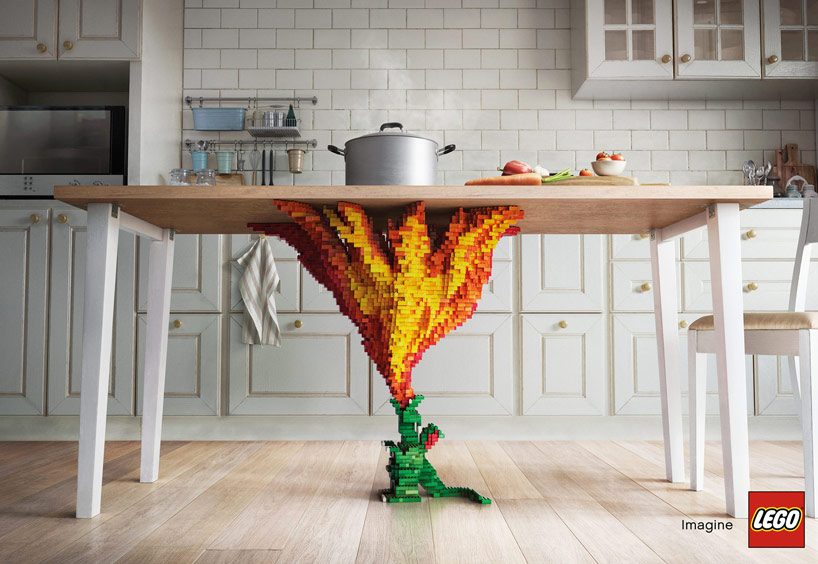 meanwhile, in build the future, children assemble the uniforms of their dream jobs. captured in mid-play, the LEGO bricks are used to symbolically realise each child’s ambitions; a guitar playing rockstar, brave fireman and a curious spaceman. the campaigns have been developed by asawin tejasakulsin, a senior art director at ogilvy & mather in bangkok, thailand. you can see more work by tejasakulsin on behance. 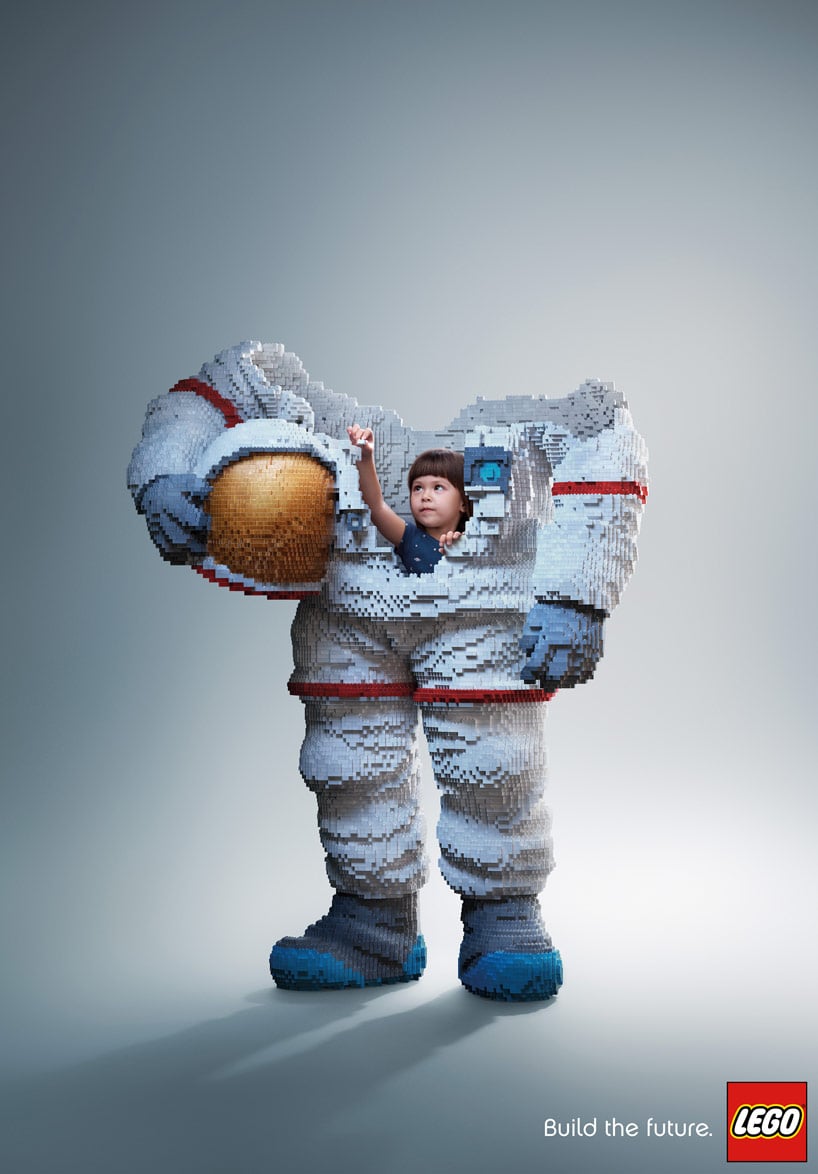 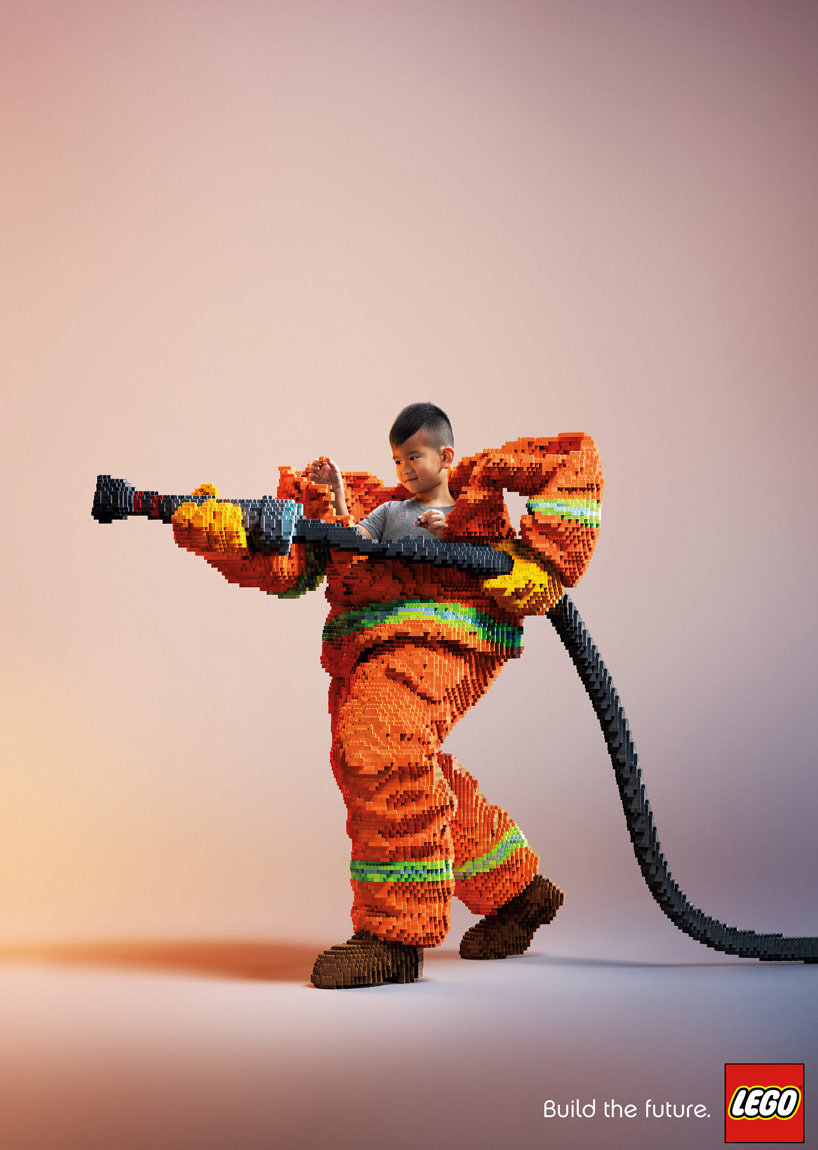 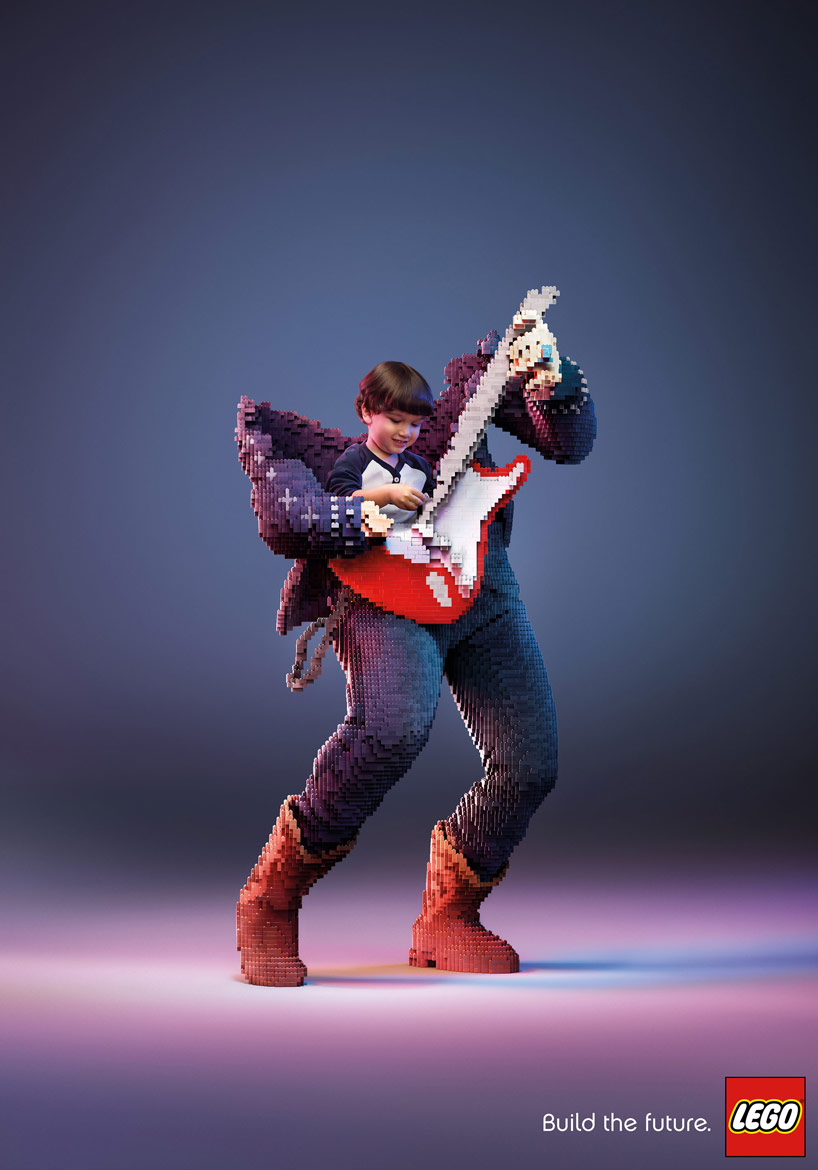